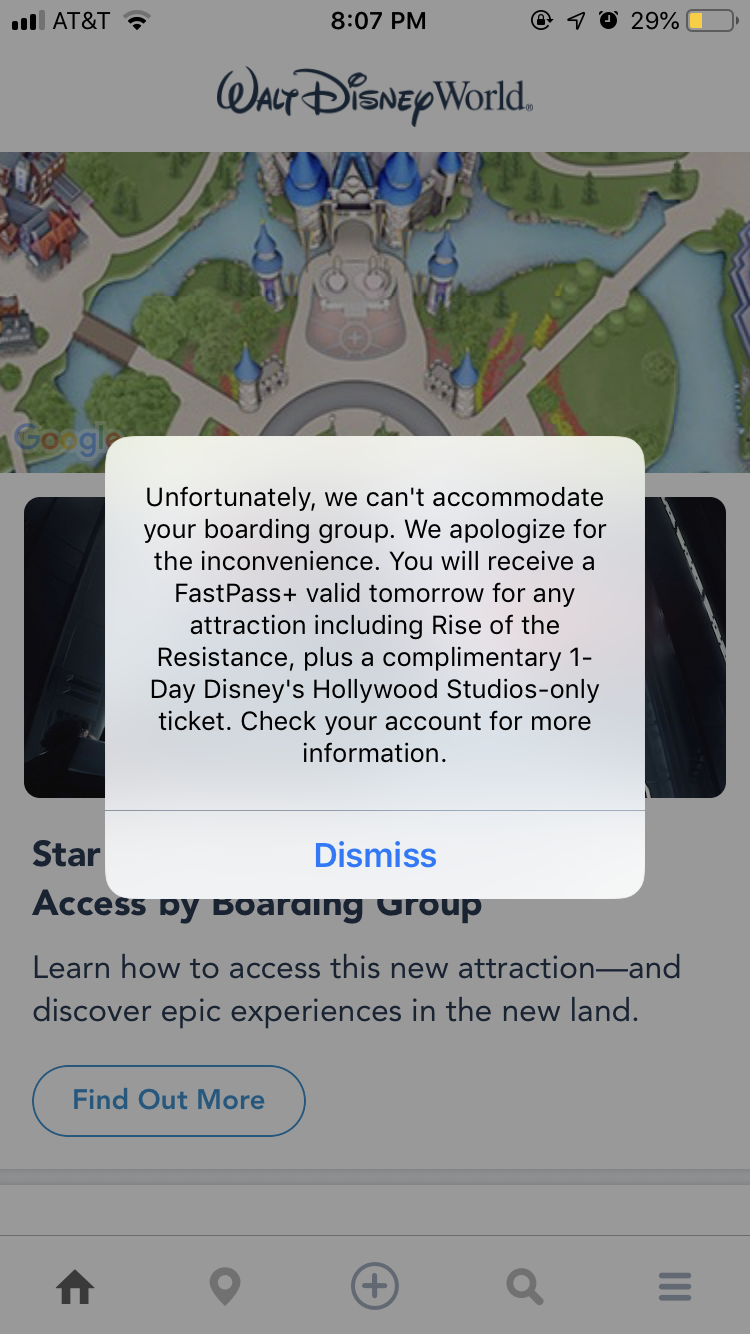 Star Wars: Rise of the Resistance Unable to Accommodate Many Boarding Groups Today Due to Prolonged Downtime, Guests Given Park Tickets to Return

As we reported on earlier, Boarding Groups for Star Wars: Rise of the Resistance at Disney’s Hollywood Studios ran out in record time this morning, with a number of guests unable to obtain Boarding Passes, and those who obtained Backup Boarding Groups unable to ride completely. However, for those who were able to obtain a later Boarding Pass, while they were unable to be accommodated onto the ride today, Disney has offered some freebies to accommodate them in the future. 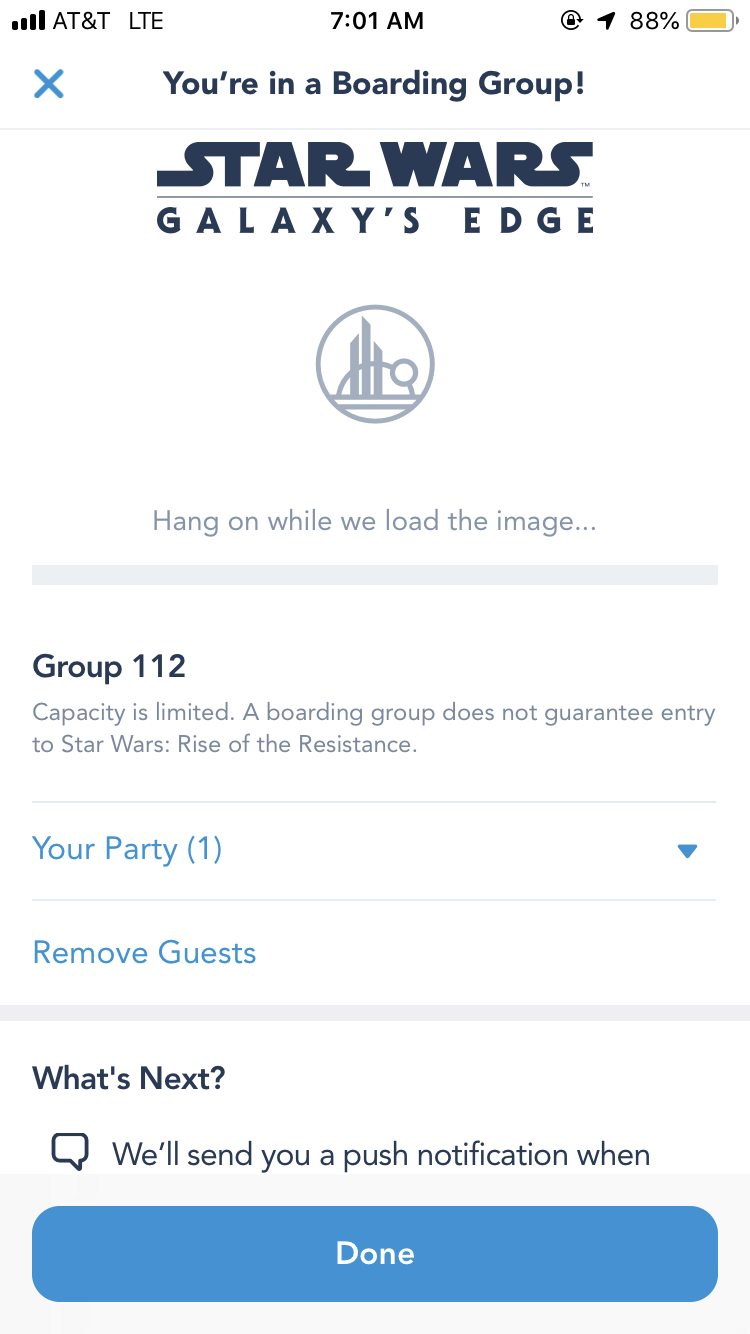 Guests in these later Boarding Groups have now received the following notification:

“Unfortunately, we can’t accommodate your boarding group. We apologize for the inconvenience. You will receive a FastPass+ valid tomorrow for any attraction including Rise of the Resistance, plus a complimentary 1-Day Disney’s Hollywood Studios-only ticket. Check your account for more information.” 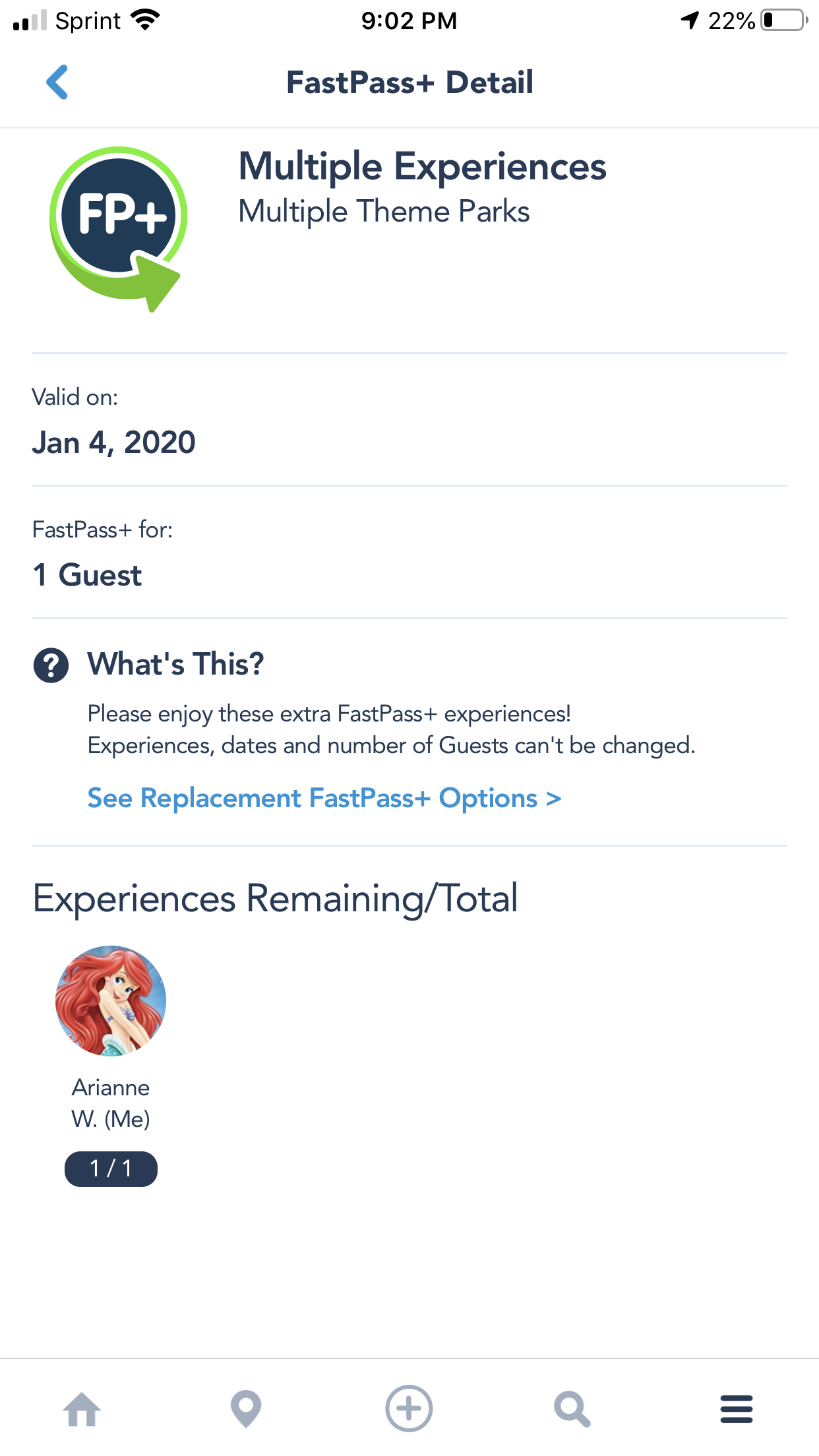 While the FastPass+ for Rise of the Resistance is only available the following day, the complimentary park ticket to Disney’s Hollywood Studios is valid through January 2, 2022. Both have been automatically loaded onto My Disney Experience accounts for those who obtained a Boarding Pass who did not get to go on the attraction. 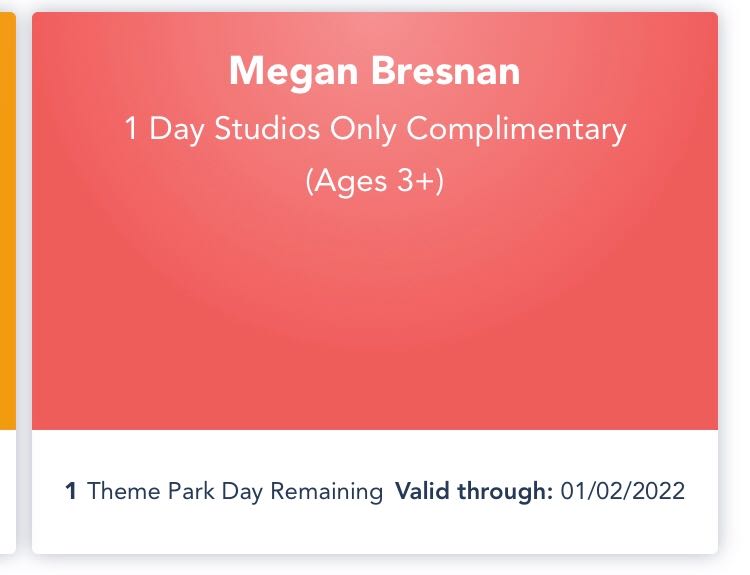 This differs from initial offers given during the grand opening of the attraction, where guests were given 1-Day Park Hopper tickets.

This is still surprisingly generous of Disney, especially since plenty of warning has been given that joining a boarding group does not guarantee the ability to experience Star Wars: Rise of the Resistance.