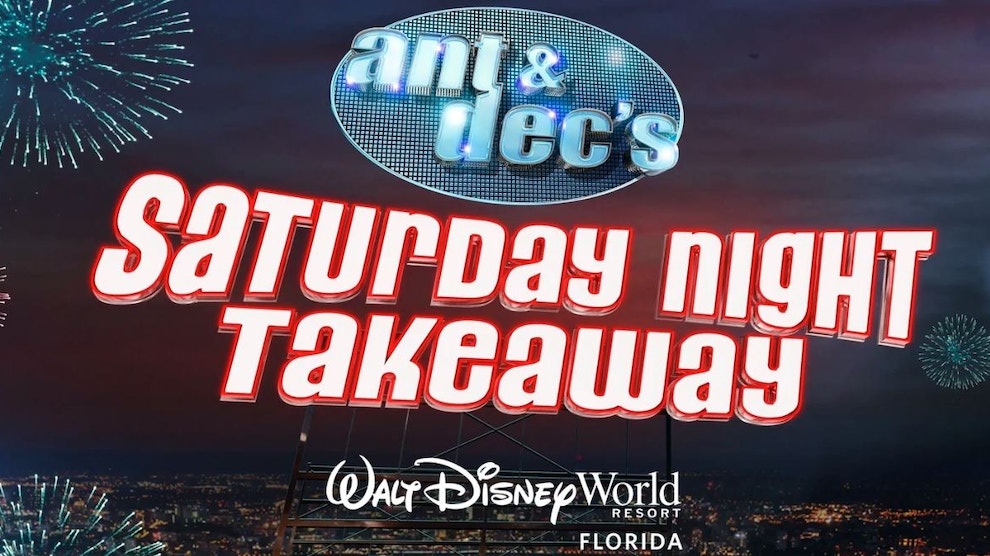 This weekend, it was announced that ITV’s “Ant & Dec’s Saturday Night Takeaway” will be returning to Walt Disney World this April, to live-broadcast the finale episode of the show’s sixteenth series.

Everyone from the UK will immediately recognise the national treasures Ant and Dec as a beloved Geordie (ie. from the North-East of England) comedian/presenting television duo, known for weekend television staples such as “Britain’s Got Talent”, and “I’m a Celebrity… Get Me Out of Here!” One of their most iconic shows is the fun-filled “Ant & Dec’s Saturday Night Takeaway”, which is known for featuring celebrity guests, pranks, competitions, live performances, public features and more. For the past few years now, the show’s finale has been broadcast to the ITV television network from Main Street in the Magic Kingdom, in front of hundreds of fans. This year, we’re excited to say that the show will be returning for its grand finale episode on April 4th!

As part of the event, the show is running a huge competition for residents of the UK and Ireland, for a flight-inclusive vacation to the resort, six-day Park Hopper tickets, and accommodation at one of Disney’s All-Star Resorts. Over 300 guests will be granted tickets, either through winning the competition or by being a lucky and deserving audience member at one of the live shows.

If you will be in the Magic Kingdom on April 4th, make sure you stop to watch the special recording. You may just end up on the telly!

Madeleine writes from somewhere near Manchester, England. You can say hey by emailing [email protected] or find me on Instagram @lily_mads30

What time will this be taking place in Magic Kingdom on the 4th April 2020?

Vote Up0Vote Down  Reply
“The Call Of The Wild” Finishes In Second Place At The Box Office, But It Was A Very Close Race
VIDEO: Ian Works His Magic In This New Clip From Disney and Pixar’s “Onward”
Comment