If you have an iPhone, make sure to update your Apple Maps app to get a closer look at Disney Parks. Twitter user @IRRGeek alerted us to new 3D models of the parks that you can view in Maps. 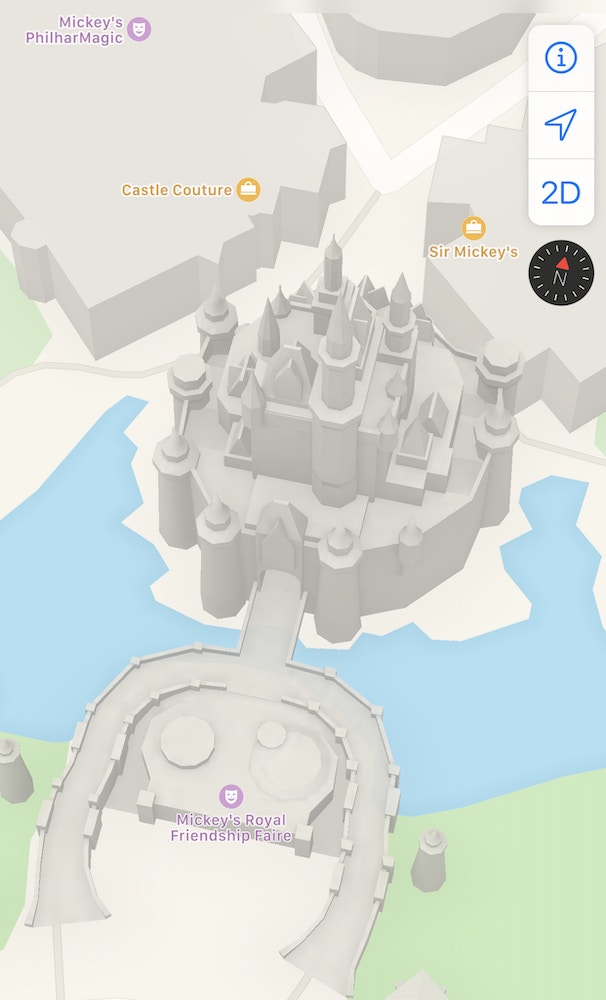 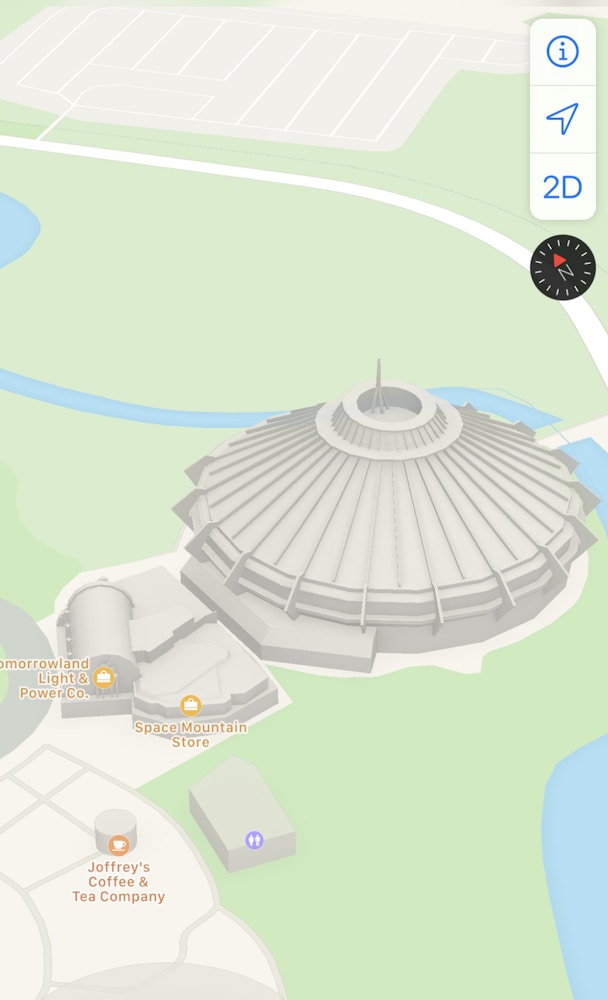 You can also view Disneyland Resort in California in 3D. 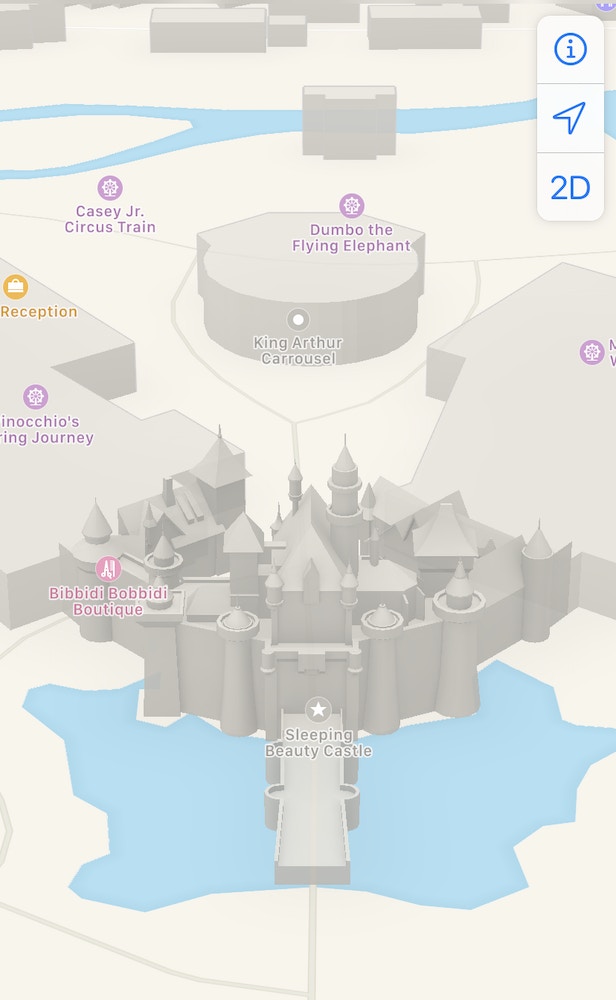 To view the 3D models, drag two fingers up while looking at a location. It’s not a very useful feature, but it’s kind of cool to look at. When you’re away from the parks, try scrolling through the 3D models. Maybe you’ll catch a whiff of a turkey leg!

If Google Maps is more your thing, you can take a walk right down the middle of Main Street, U.S.A. right on your phone.