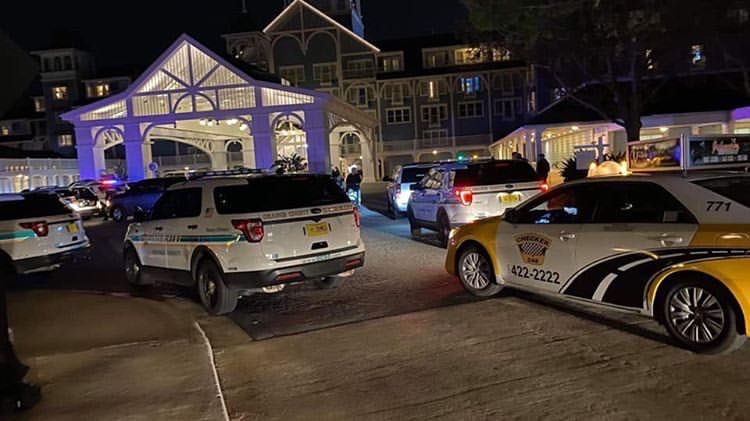 UPDATE (9:42 PM): After thorough investigation by the Orange County Sheriff’s Office, authorities have determined that there was no threat at the resort. Deputies were called in to Disney’s Beach Club Resort in reference to a suspicious person after someone thought a man had a gun under his jacket. No injuries have been reported and all guests at the resort are safe. In a statement by the OCSO, “We take all threats seriously and will always respond and investigate.”

Deputies were at the Disney Beach Club Resort in reference to a suspicious person. Someone thought a man had a gun under a jacket. Deputies determined there was no threat. Guests at the resort are safe. We take all threats seriously and will always respond and investigate.

After what has already been an eventful day for Walt Disney World, full Orange County Sheriff’s Office police and SWAT teams have been reported in and around Disney’s Yacht & Beach Club Resort, with helicopters also circling the area.

According to Cast Members and guests in the area, the full resort was on lockdown, with no one able to get in or out of the premises. All guests attempting to enter the area are being redirected to Disney’s BoardWalk Inn Resort for transportation out of the resort area.

Registered calls to the Orange County Sheriff’s Office indicate that the police activity may have been due to a suspicious or armed person on the property.

While the lockdown has since been lifted, this is still a developing story. We will continue to update as more information arises.