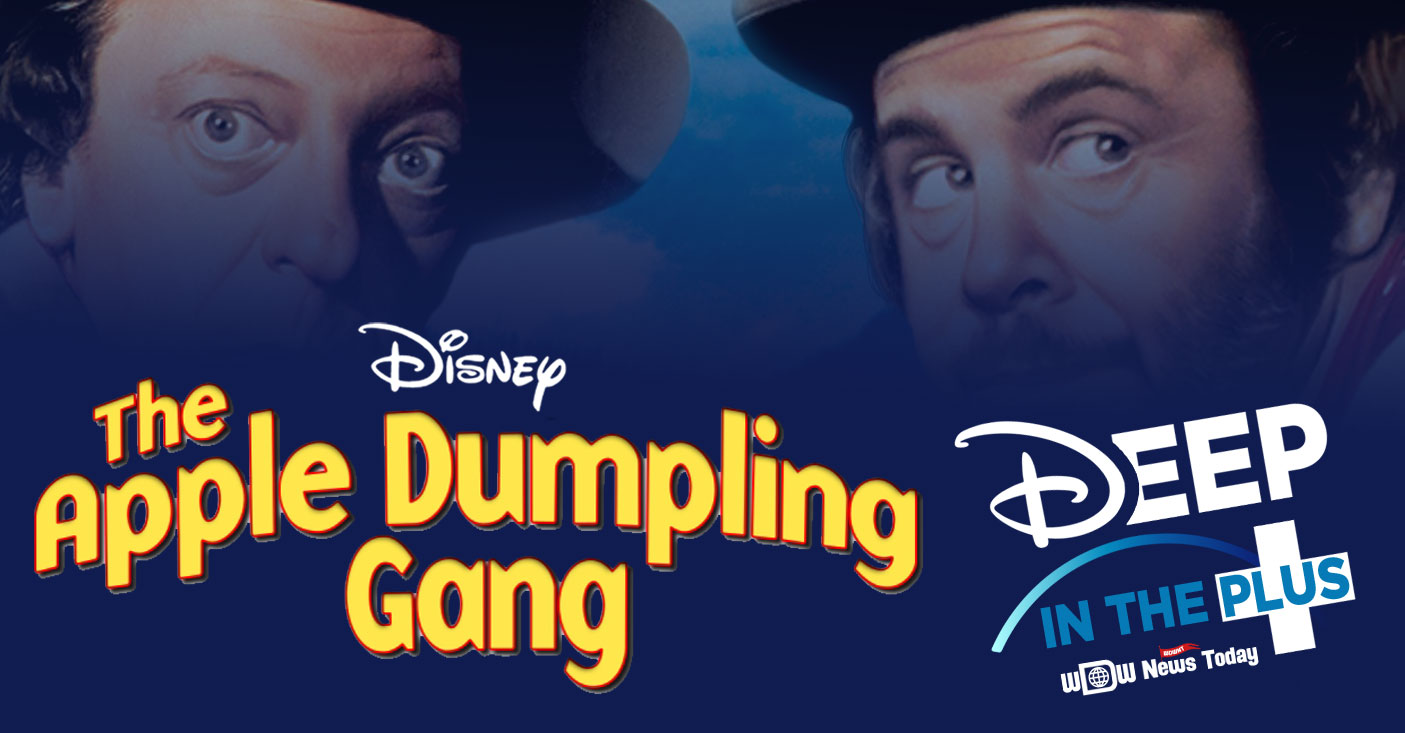 Howdy folks, and welcome to the wildest REVIEW in the wilderness!

Each week, we go deep into the Disney+ catalog and pull out a little that you might have overlooked, and we tell you if it’s Disney+ or Disney Minus…

This week, we’re taking on our first Western, The Apple Dumpling Gang!

Set in the Wild West, around the time of the gold rush in 1879, it’s a story about 3 poor orphans are left with a slick gambler named Russell Donovan (played by Bill Bixby.) The kids discover they have actually inherited a large gold mine from their father. They find gold and soon a series of greedy undesirables step up to claim it for their own. They turn to a lovable outlaw duo, Theodore (played by Don Knotts) and Amos (played by Tim Conway) and of course, wackiness ensues. Also featuring MASH star Henry Morgan, Western movie legend Slim Pickens, this movie is classic Disney… but is it worth your time?

We’re here to give you that answer and more, so saddle up, partners, as we take you… Deep in the Plus!

This was the first movie to pair veteran actors Don Knotts and Tim Conway, but began a long line of buddy movies with these guys. These two also appeared in other Disney films such as Gus in 1976 and The Apple Dumpling Gang Rides Again in 1979. Learn more when you watch this episode of Deep in the Plus!

Plus, get bonus recommendations as we present our “Deep Pick of the Week.” This is where we offer suggestions on even more gems from the Disney+ vault. Don’t miss it!

Disney Bundle Offer Available to Uber Eats Customers, and Uber One Available to Disney+ UsersJuly 3, 2022
WDWNT is Hiring a Social Media SpecialistMay 13, 2022
Casting Announced for Zeus and Poseidon in 2024 Disney+ 'Percy Jackson and the Olympians' SeriesJanuary 26, 2023