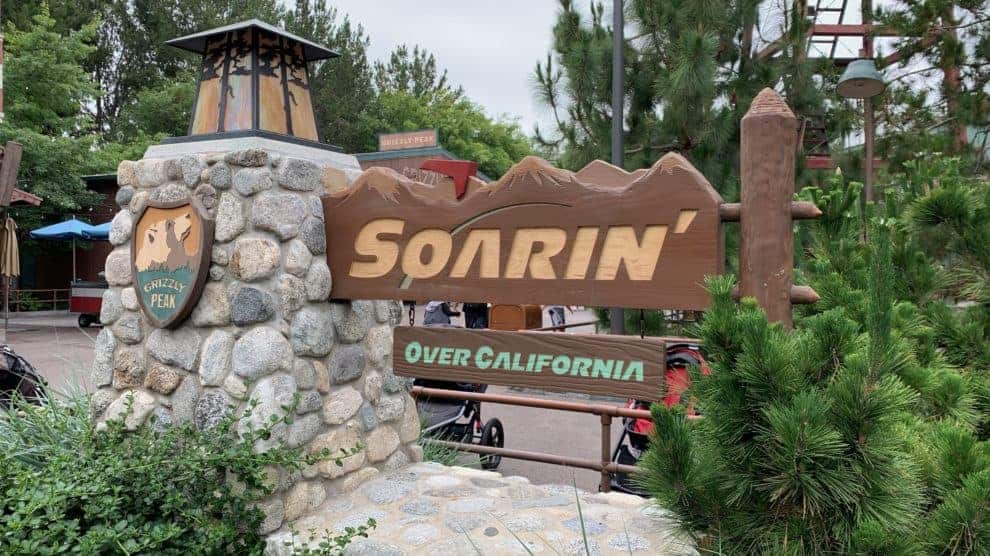 We’re going back to Cali — Soarin’ Over California is back again for a limited time! Starting February 28, guests can see the original Soarin’ at Disney California Adventure, and now, Annual Passholders can enjoy an extra hour of exclusive ride time on select dates.

AP’s get an extra hour of ride time on March 11th, 18th, and 25th. Be in the Park prior to closing with your valid AP for your flight!

You may have read that the show is likely returning to help alleviate crowds, but it’s actually returning just for the Disney California Food & Wine Festival, which will also take place February 28 – April 21. Guests will be drawn to sip, savor, and soar over all that California has to offer.

Soarin’ Over California celebrates the diverse Golden State. Like the current Soarin’ Around the World attraction, guests are raised high into the air and surrounded by an immersive, 80-foot projection dome to simulate flight — all while taking in the scents of each scene. While Soarin’ Around the World features international wonders, Soarin’ Over California features destinations like Napa Valley, Yosemite National Park and the Golden Gate Bridge. The California version of the attraction made its most recent return with the opening of Star Wars: Galaxy’s Edge in Disneyland during Summer 2019.

Unfortunately, we have not heard that the California edition will return to EPCOT anytime soon. Will you make a special trip to Disneyland Resort to see Soarin’ Over California?