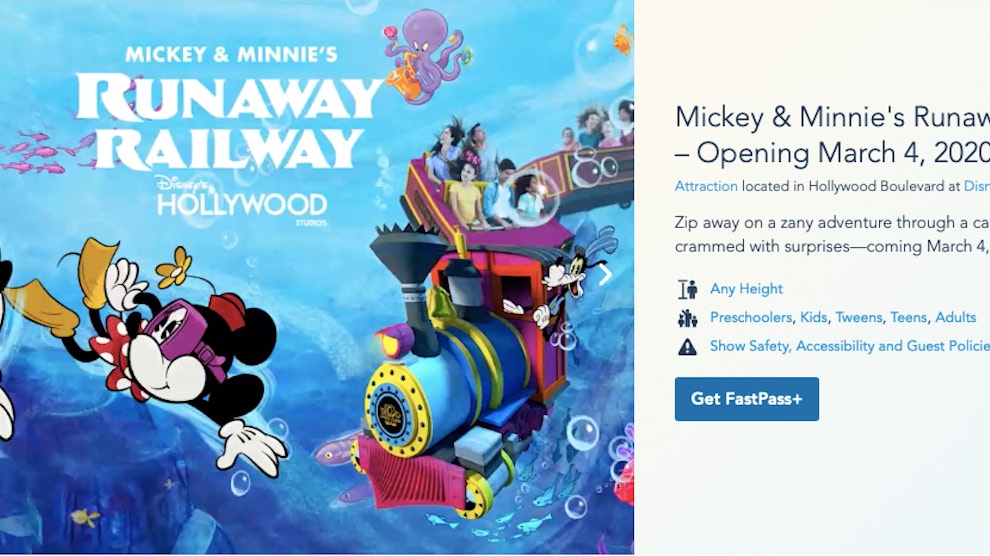 Head on over to My Disney Experience to book your FastPass while they’re still available for the grand opening! Times are available starting March 4th. (If by the time you read this, all of the FastPasses are gone for your reservation window, do check back every morning as additional dates are released.)

The newest attraction at Disney’s Hollywood Studios now joins the Tier 1 level of FastPass+, alongside Slinky Dog Dash, and the most recent addition: Millennium Falcon: Smugglers Run (starting February 19.) Guests are able to pre-select one of these attractions as a FastPass+ reservation in advance of their visit to the park.

If neither of the Tier 1 are available, guests may choose from any three options in Tier 2. For more details on FastPass+ restructuring at Disney’s Hollywood Studios, click here.

In addition to FastPass+, a traditional Stand-By queue will also be available, as evidenced by the newly redesigned signage that appeared at the attraction a few weeks ago.

Woohoo, I felt myself racing against the clock (and multiple server downtimes), but I managed to successfully switch out my Slinky Dog fastpass for a Runaway Railway FP on March 5!

They are already out for the first week… :(