Thanks to OutsidEars insiders at Disneyland Paris, we have a first look at the layout for the upcoming “Frozen” themed land expansion, which shows the facade and landscape for the Arendelle-inspired area currently under development at the park. 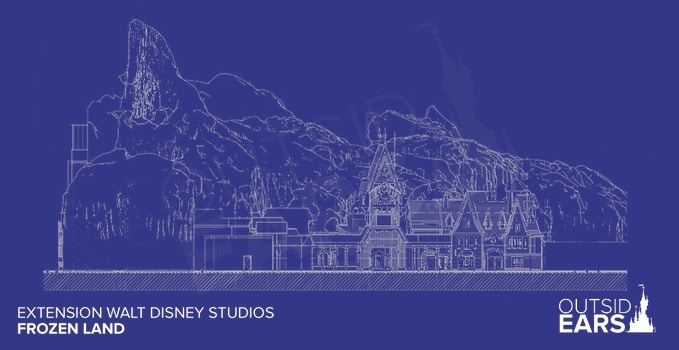 These blueprints show the expansive mountainside which will be built along the backside of the facade, framing the castle and adjacent village. Frozen Land (as it is currently known) is set to receive a replica of the Frozen Ever After attraction currently in the Norway Pavilion at EPCOT.

According to the update from OutsidEars, the area will also house two shops, as well as a restaurant and a meet & greet area with Anna and Elsa. 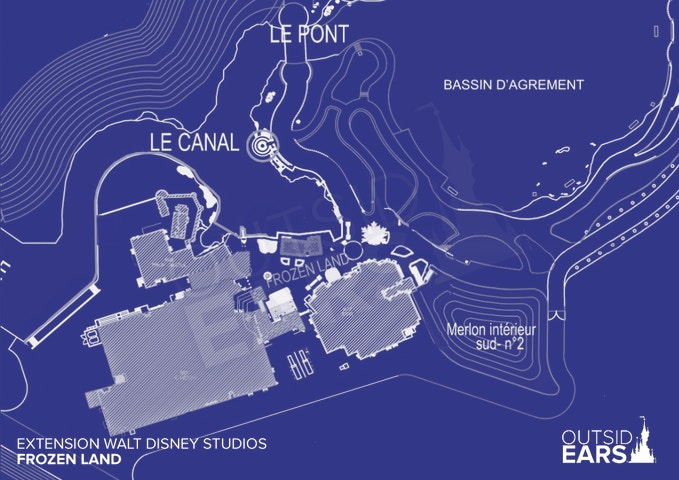 The adjacent canal will help further the effect for guests that this is in fact the port of Arendelle, given its position near the water.