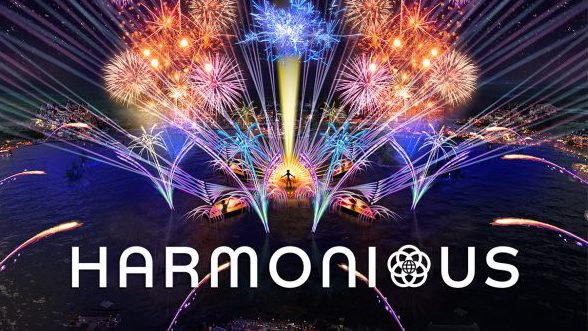 Recently, Walt Disney Imagineering and Disney Live Entertainment team members had an opportunity to update some of its leaders on the historic, multi-year transformation taking place at EPCOT. 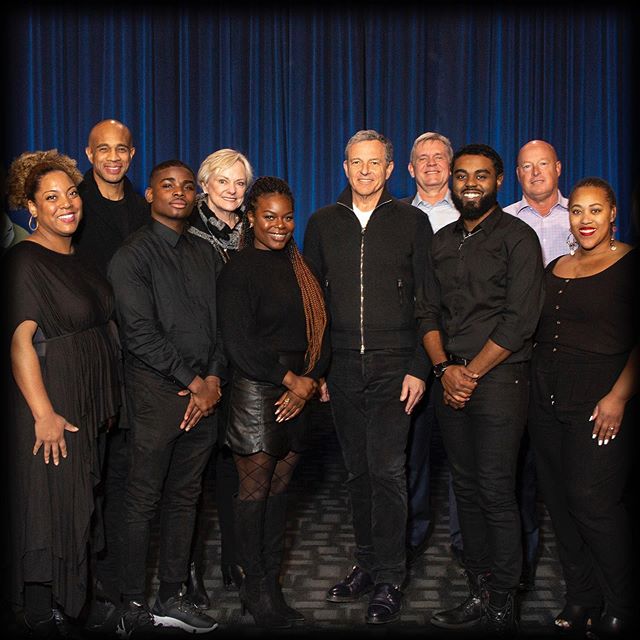 Bob Iger, chairman and chief executive officer of The Walt Disney Company, and Bob Chapek, chairman of Disney Parks, Experiences and Products got to meet the live singers that are helping to bring the powerful stories of “Harmonious” to life.

The nighttime’s spectacular new logo has also been revealed, and it features the classic EPCOT logo as part of the “o” in Harmonious… which, by the way, has dropped the odd “HarmonioUs” lettering that had been reinforced previously during the 2019 D23 Expo.

Set to debut later this year, “Harmonious” is one of the largest nighttime spectaculars ever created for a Disney Park. The show is a beautifully crafted dreamscape of Disney music and images, reimagined by diverse cultural musicians and artists from around the world. It’s a transformative experience, where we can discover how Disney music has the power to inspire and unite us all with the magic of possibility.