The usual procedure for securing a Star Wars: Rise of the Resistance boarding group requires that all members in the booking party not only be at Disney’s Hollywood Studios, but also tapped in to the park. While the boarding group process has gotten increasingly frustrating over the past few weeks due to changing park hours and ever-increasing demand for the attraction, a new glitch in the My Disney Experience app may be causing even greater issues. Readers have contacted us about a new glitch in the My Disney Experience app that allows guests who are outside the park––even thousands of miles away––to secure a boarding group from the comfort of home. 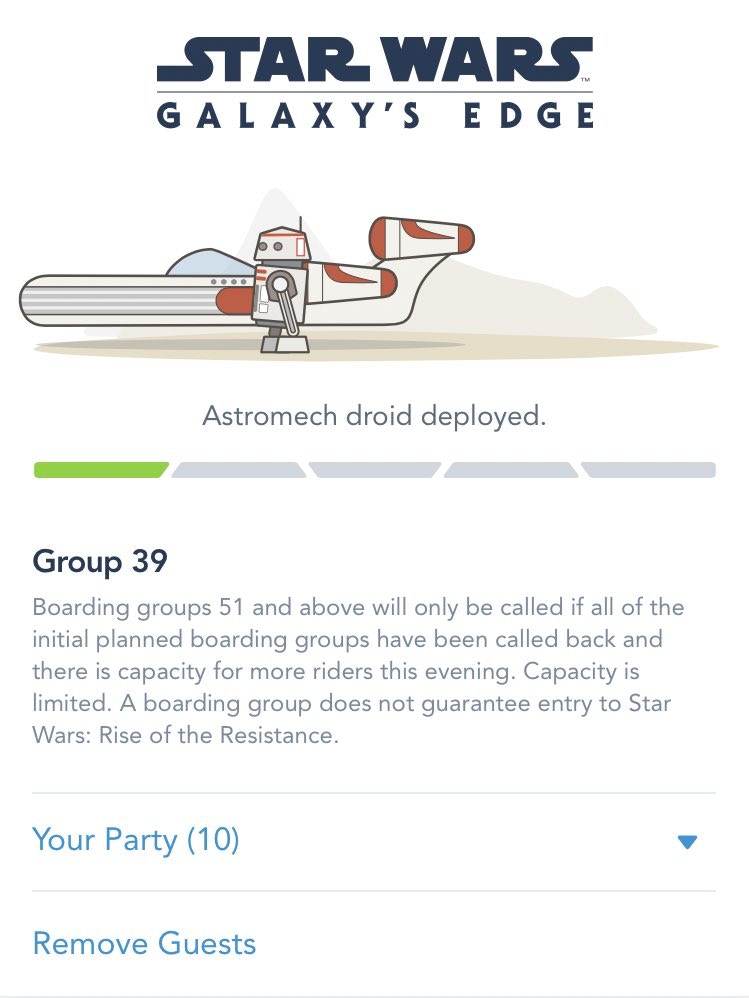 Various Twitter users have also taken to social media to express their concern over the glitch:

I had the same thing happen from 1,800 miles away. First time I’ve experienced that glitch; every other time it knows I’m not in the park. Guest relations will be busy today. 😬

CORRECT. Note the Central time on my phone screenshot. This is a common deal, people practicing at home, but it always stops you at the end since, you know, you aren’t there! Not today… go complain ASAP. I did remove our party right after, FWIW. pic.twitter.com/YA8mlhW0Cd

Usually, the app will know whether you’re in the park or not due to information coming from your phone, MagicBand, or ticket media.

With guests able to obtain boarding groups from miles away, they’re taking opportunities from families who have likely rope-dropped the park and planned around the boarding group process.

Hopefully this glitch is adjusted soon, or obtaining a boarding group will likely become a statistical improbability.

Have you had any success in securing a boarding group for Star Wars: Rise of the Resistance? What do you think of the boarding process? Let us know in the comments.