Are you ready for some wild and zany cartoon fun at Disney’s Hollywood Studios? Well, look no further than the Mickey Shorts Theater, where you’ll be able to watch an exclusive new Mickey Mouse short titled “Vacation Fun” as well as enjoy various photo ops themed to the animated shorts series, like the fan-favorite “Potatoland”. With the theater opening March 4 alongside Mickey & Minnie’s Runaway Railway, final touches have been added to the theater as it readies for its grand opening. 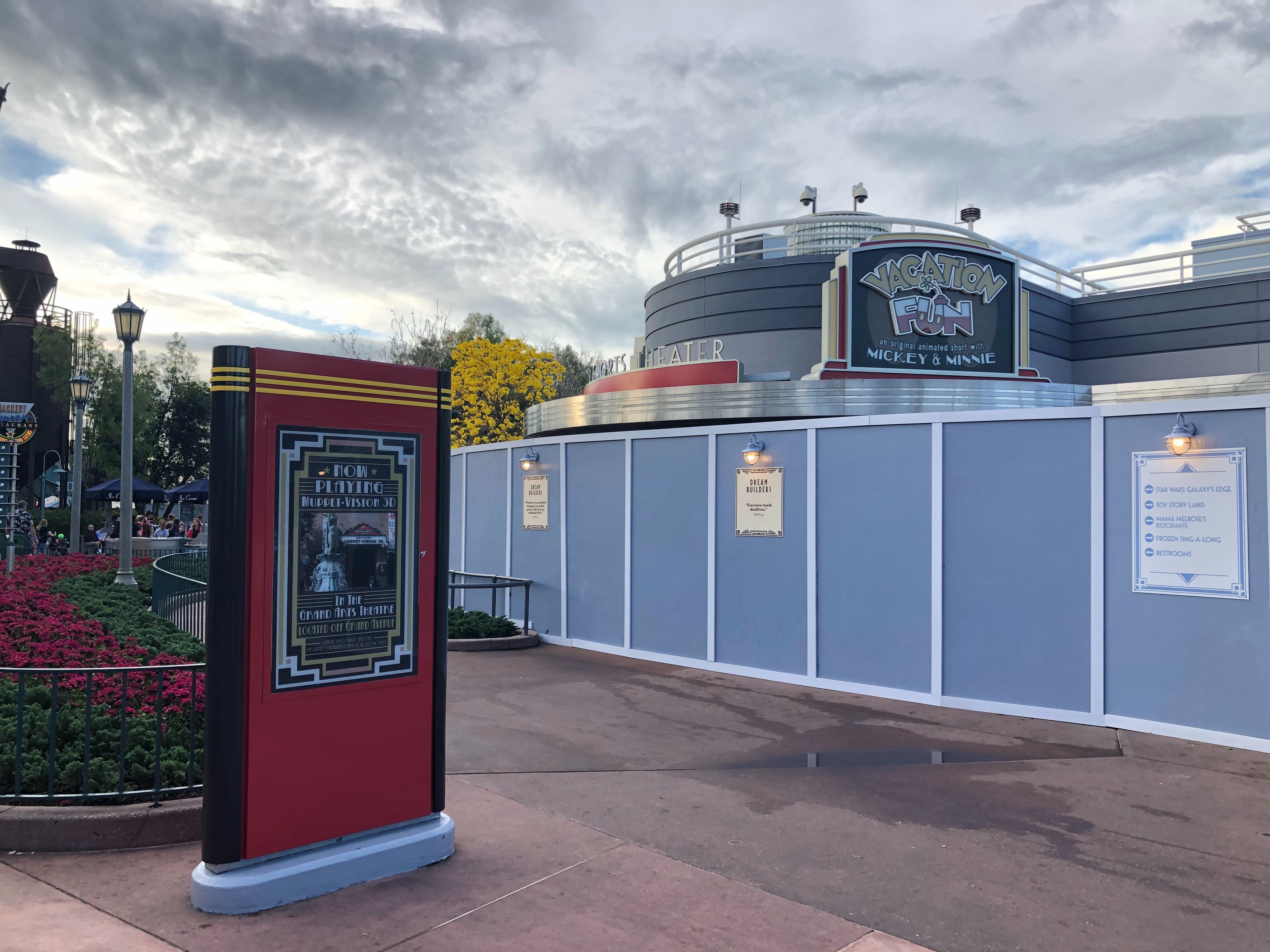 Just outside, we see the old poster sign that was recently painted over, plus a new “Vacation Fun” sign as you walk up to the theater building. 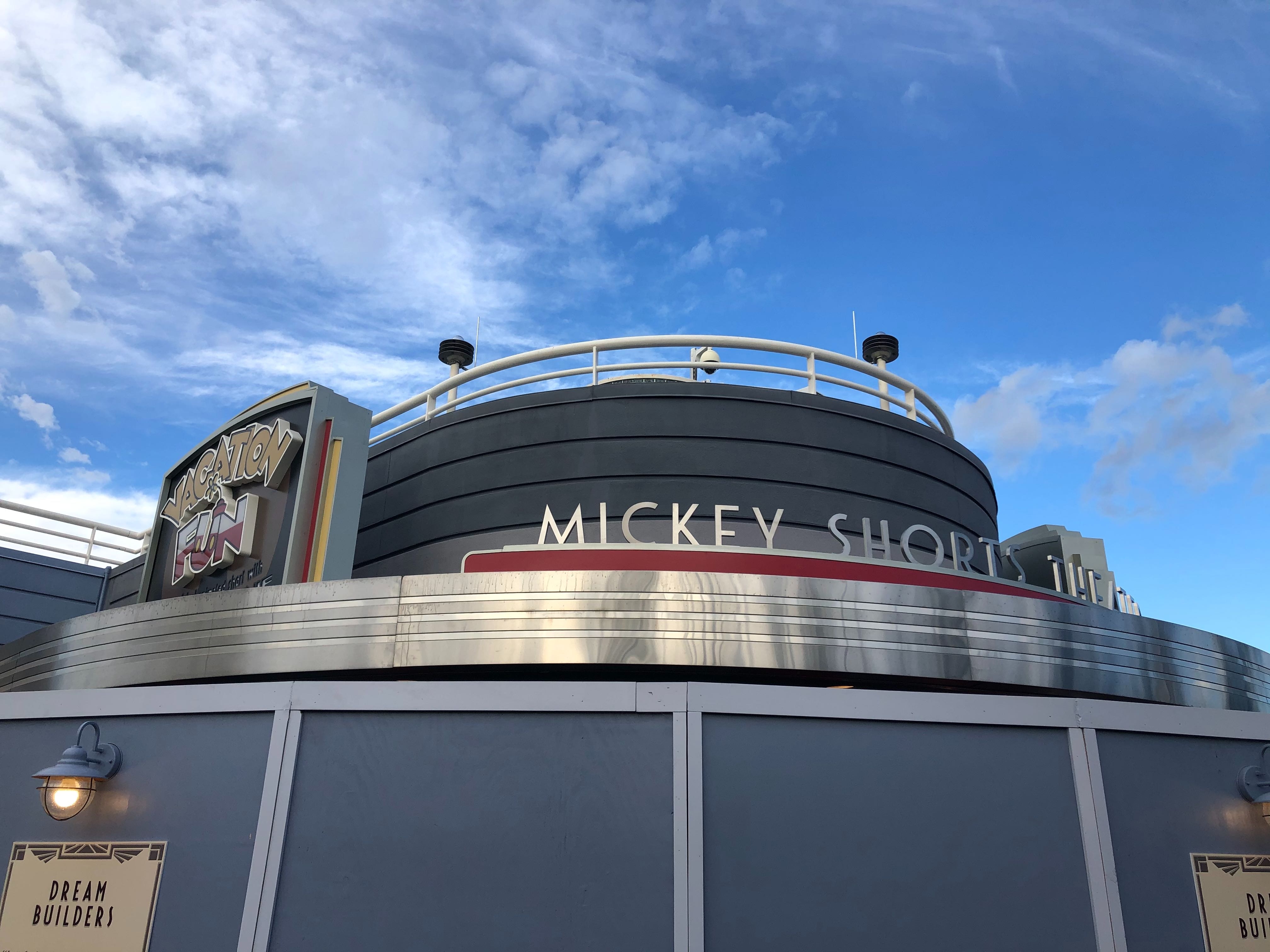 Along the exterior, a new “Mickey Shorts Theater” marquee lines the overhang. A second “Vacation Fun” sign is on the opposite side. 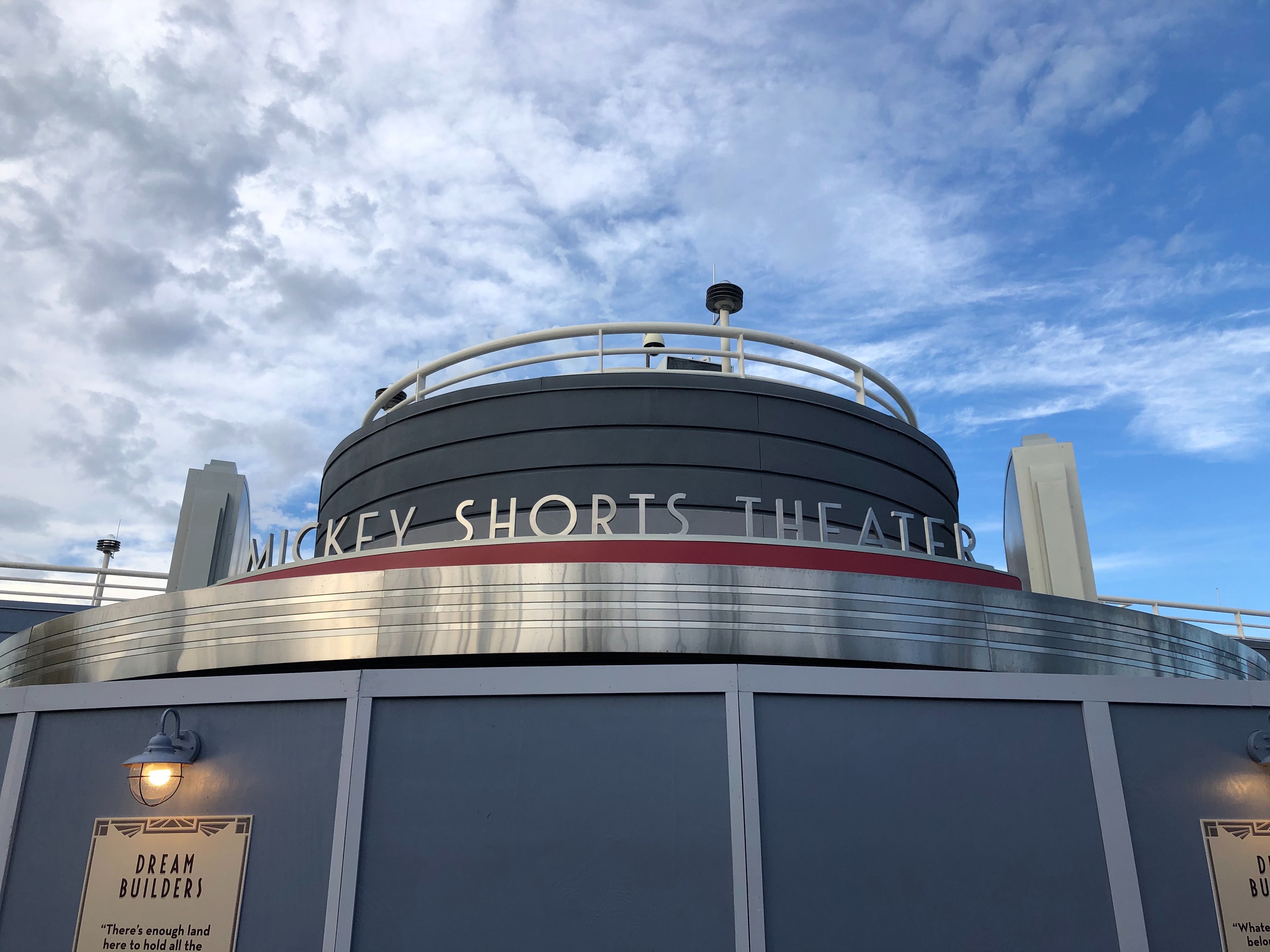 Imagineers and managers were on site this morning inspecting the latest sign installations for the theater, which is located adjacent to the A Frozen Sing-Along Celebration in the Theater District of the park. 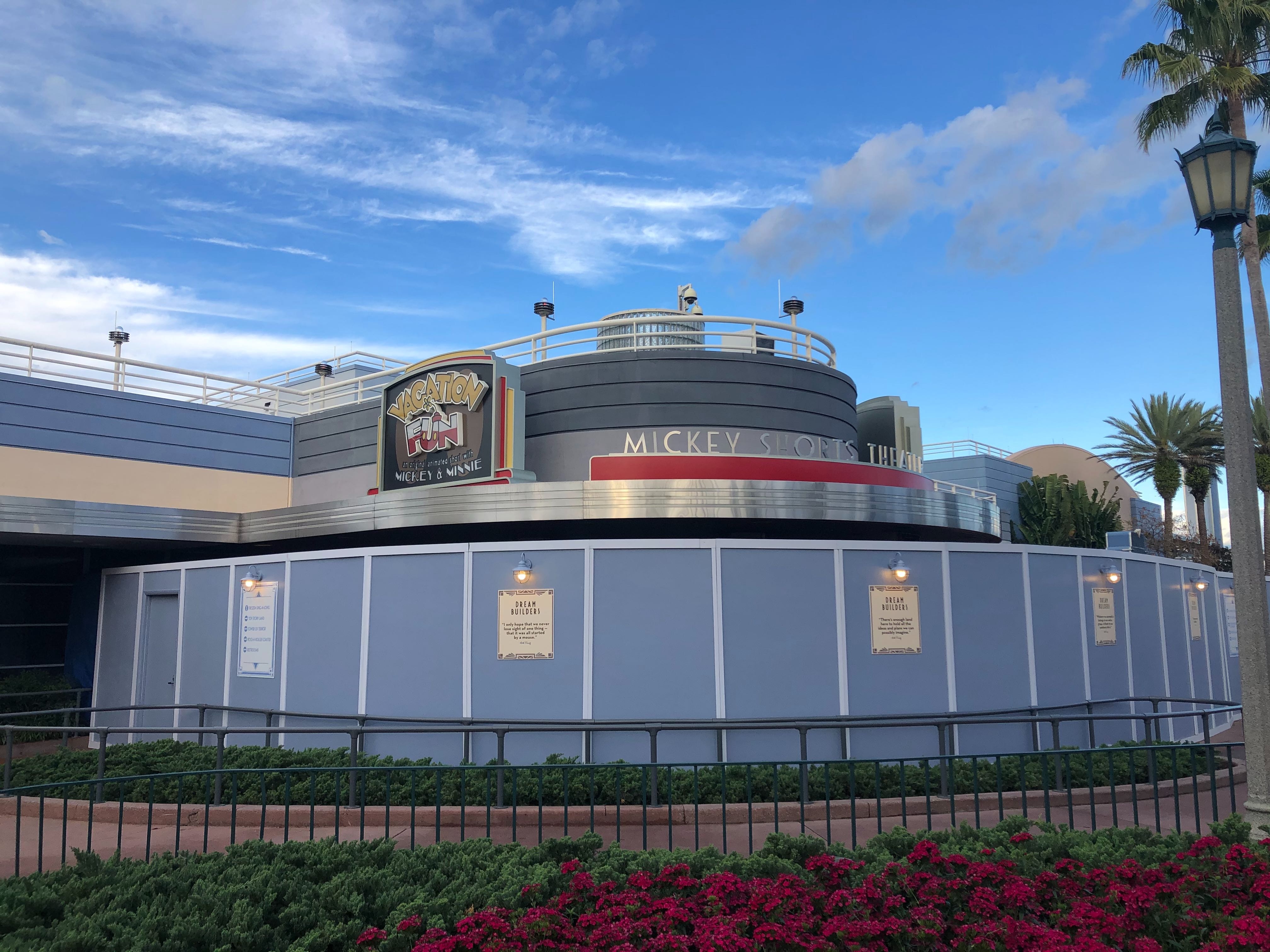 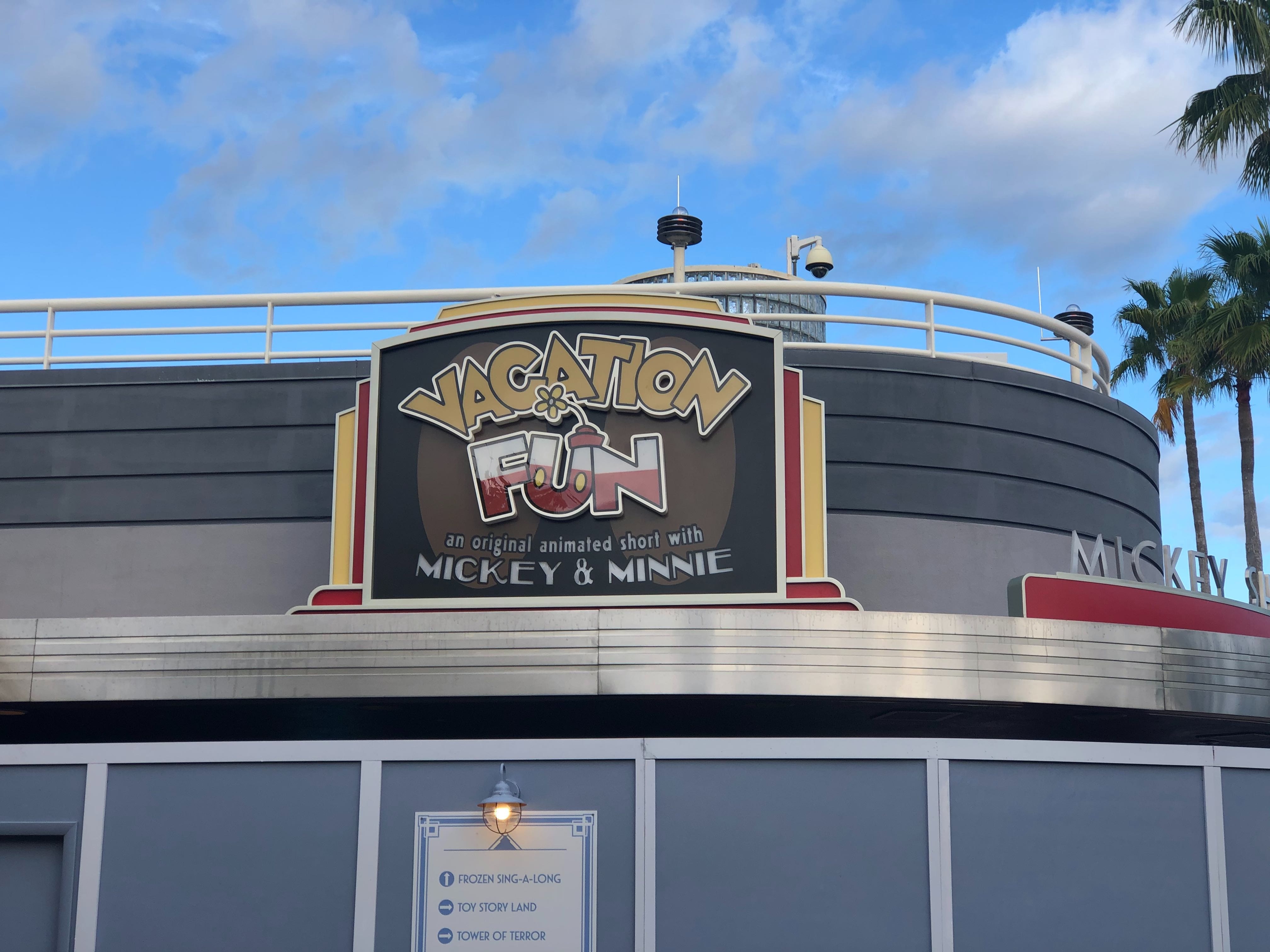 The “Vacation Fun” sign matches the concept art that was released earlier this week, albeit with a fun, old-timey Art Deco twist. 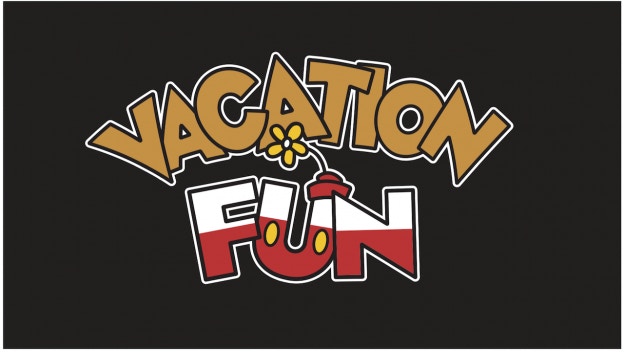 Will you be stopping by the Mickey Shorts Theater for some cartoons and air conditioning? Let us know in the comments!