In the past few years, Disney has been making attempts at LGBTQ+ representation, with LeFou being gay in the live-action Beauty and the Beast and two women kissing briefly in Star Wars: The Rise of Skywalker. Now for the first time, an animated character in a Disney film will be an out and proud lesbian.

The character is Officer Specter in Pixar’s Onward. Specter is voiced by Lena Waithe, an out lesbian herself. Onward producer Kori Rae told Yahoo, “It just kind of happened. The scene, when we wrote it, was kind of fitting and it opens up the world a little bit, and that’s what we wanted.” Director Dan Scanlon said, “It’s a modern fantasy world and we want to represent the modern world.”

If you don’t care about spoilers, read on to learn more about the film and Specter’s role. 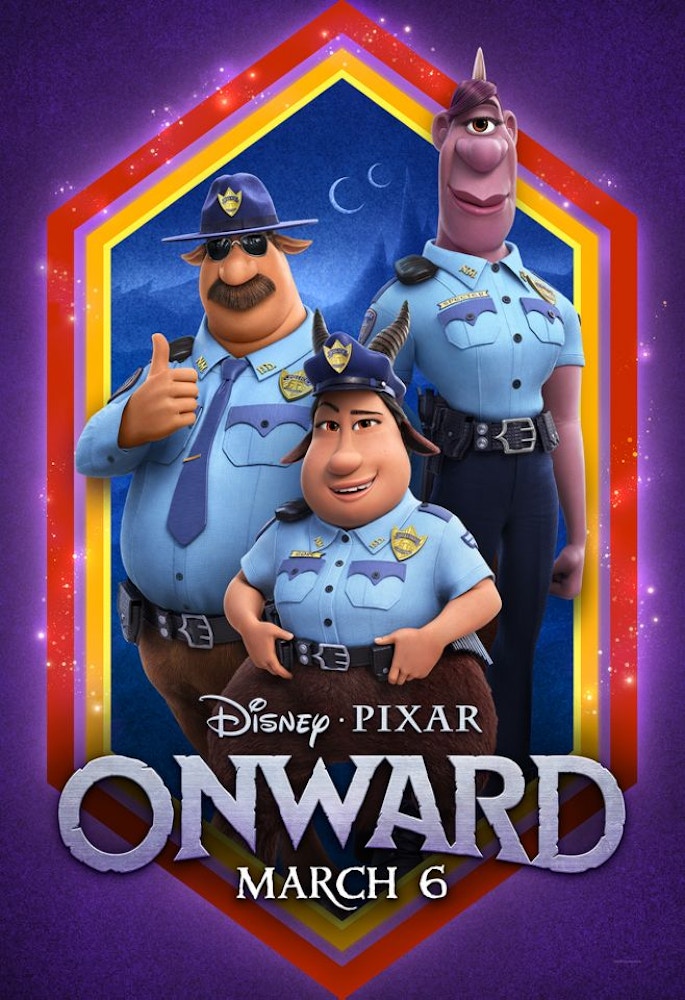 Onward takes place in a modern fantasy world and stars Tom Holland and Chris Pratt as elven brothers Ian and Barley. On Ian’s 16th birthday, their mother (Julia Louis-Dreyfus) gives them a magical staff that’s supposed to bring their father back to life. Unfortunately, the spell goes wrong, sending the brothers on a quest to bring their dad back for good before time runs out. Their mother and her new boyfriend, Officer Colt Bronco (Mel Rodriguez), chase after the boys to save them from a curse.

Specter appears in one scene of the film as a cop who catches up to the boys. She and her partner, Officer Gore (Ali Wong), pull them over, but Ian manages to cast a last-minute spell to disguise him and Barley as Officer Bronco. “Bronco” complains about his girlfriend’s kids and Specter sympathizes. She says, “My girlfriend’s daughter got me pulling my hair out.” She tells “Bronco” that the best thing they can do is try to be there for the kids, which helps Ian and Barley realize Bronco’s struggle. The magic starts to wear off so the boys make their escape, but not before Specter realizes something’s wrong and alerts the real Officer Bronco.

The inclusion of minor LGBTQ+ characters is a step forward for Disney, but many people are still hoping for a queer protagonist. Disney has faced criticism for how they have included gay characters, with LeFou being an antagonist crushing on the villain, and the kiss in Rise of Skywalker being blink-and-you miss it. Officer Specter being a good guy who verbally acknowledges her gay relationship is an improvement, and it’s great that she’s played by a lesbian woman of color. Hopefully, Disney will realize that these characters deserve leading roles and develop larger storylines for them. Until then, we can’t wait to hear what we’re sure will be an excellent performance from Lena Waithe.

You can see Officer Specter in Onward on March 6th.