We just came to you earlier this week with a major construction update regarding Tokyo Disneyland’s New Fantasyland project. This exciting and ambitious expansion opens April 15th, and has hit a major milestone in construction! This week, the Beast’s Castle, facade for the exciting The Enchanted Tale of Beauty and the Beast E-Ticket attraction, was finally unveiled! Plus we found some extra touches on The Happy Ride with Baymax and Belle’s Village. Let’s take a closer look!

The Enchanted Tale of Beauty and the Beast 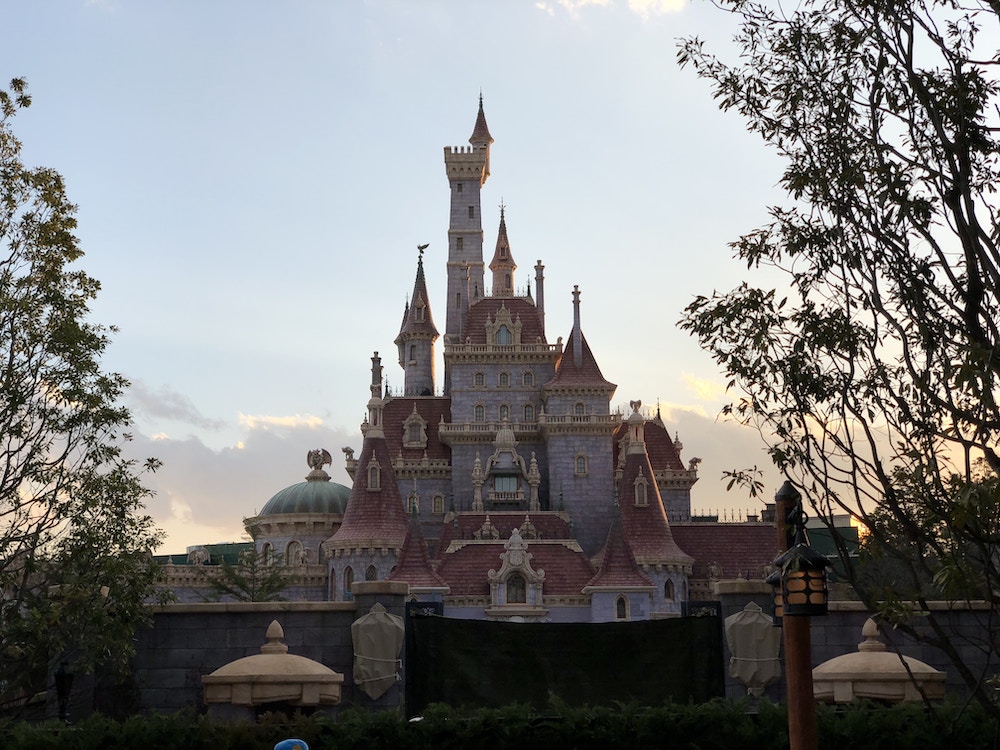 An unfortunate side-effect of the scaffolds being completely down is that OLC is now making a concerted effort to hide the castle. Tarps and fences cover just about every angle to see it from the front. So, we have our work cut out for us, but we’ll do our best. But the scaffolds disappeared on the front. I just wish we could fully see that spectacular front entrance! 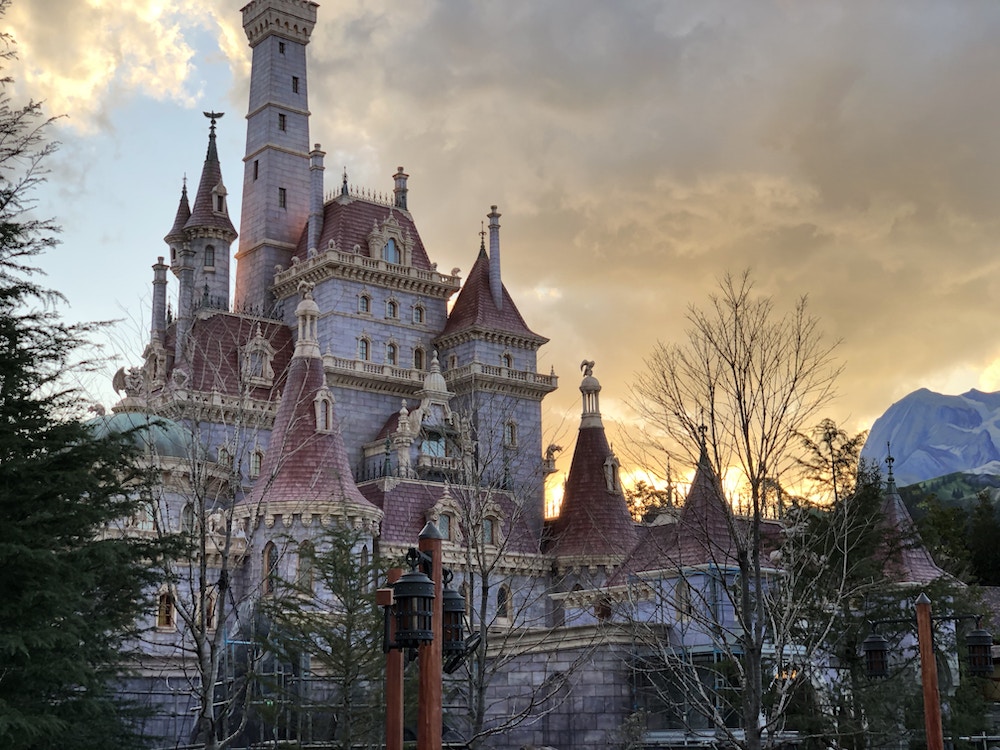 From the side, we can see most of the work. Some low-level scaffolding remains, but the front is largely complete! 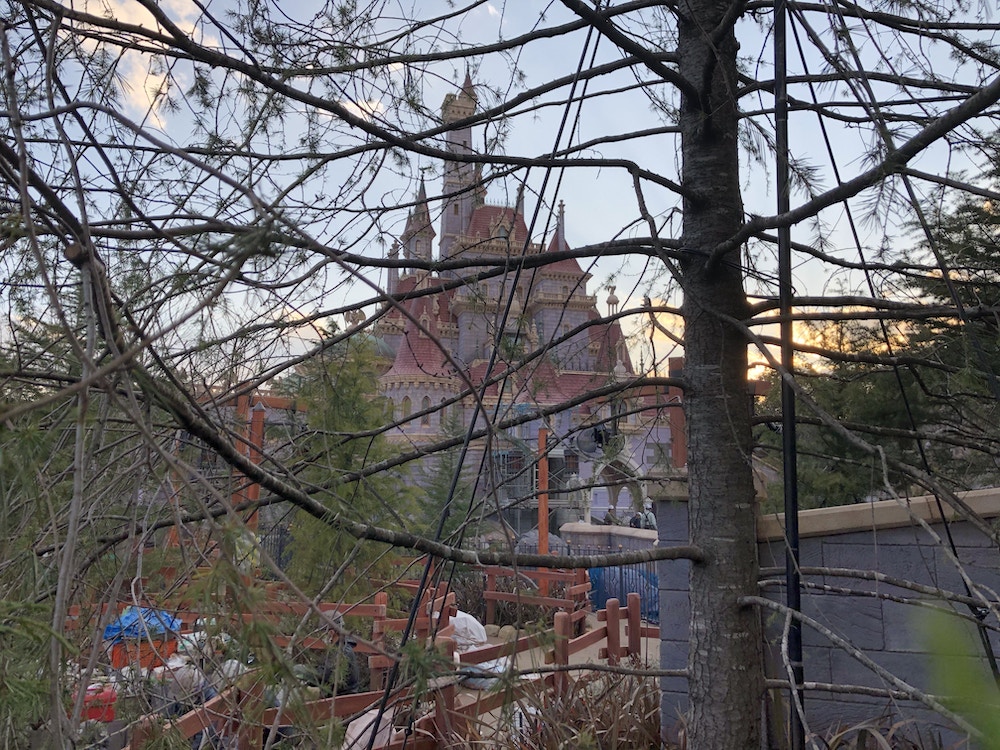 This angle, largely obscured by a tree, reveals a bit more on the front. Other incidental work continues. 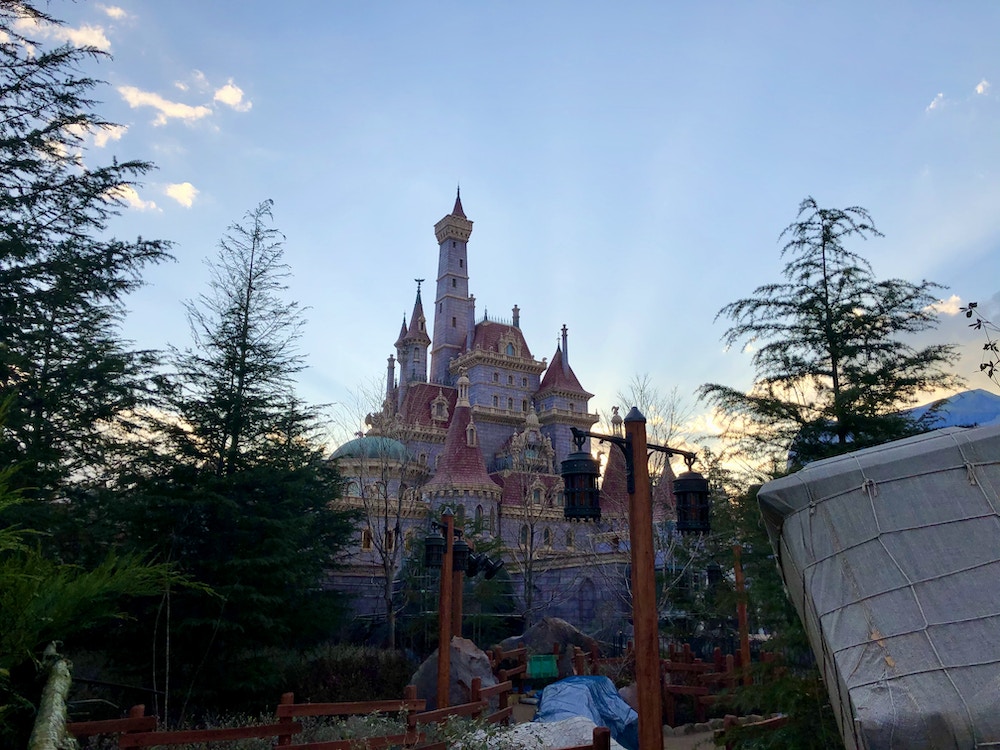 And from way off to the side, we can see this spectacular vista. Even while under construction, the majesty of the castle cannot be understated! 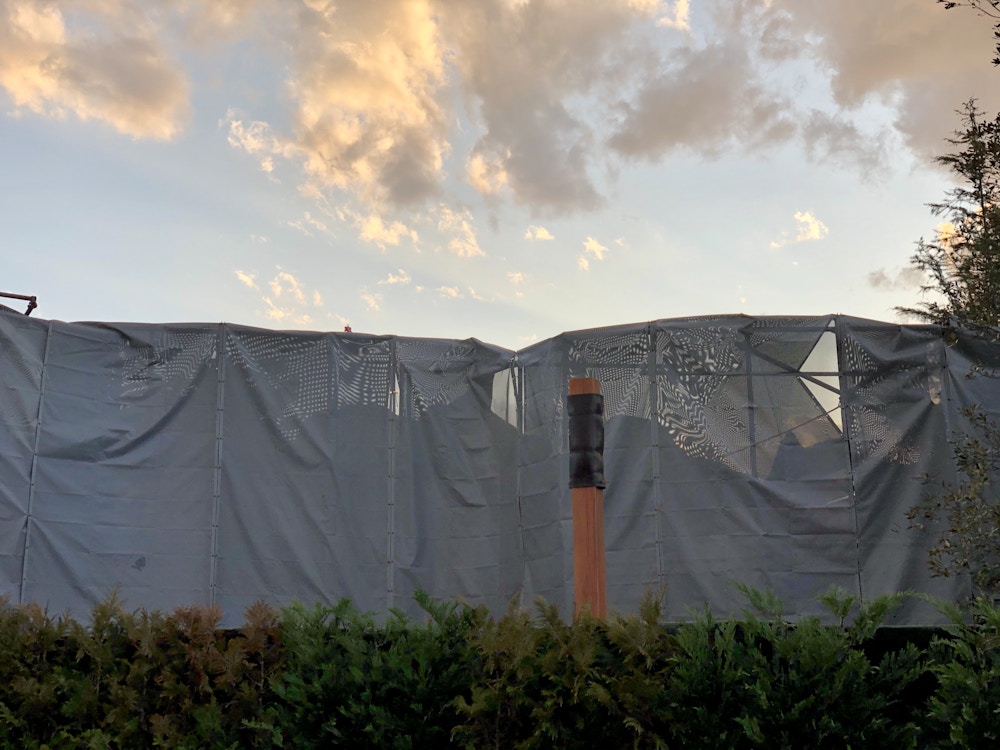 Some rock work is currently ongoing next to the castle. You can just barely see the shadows behind those tarps. 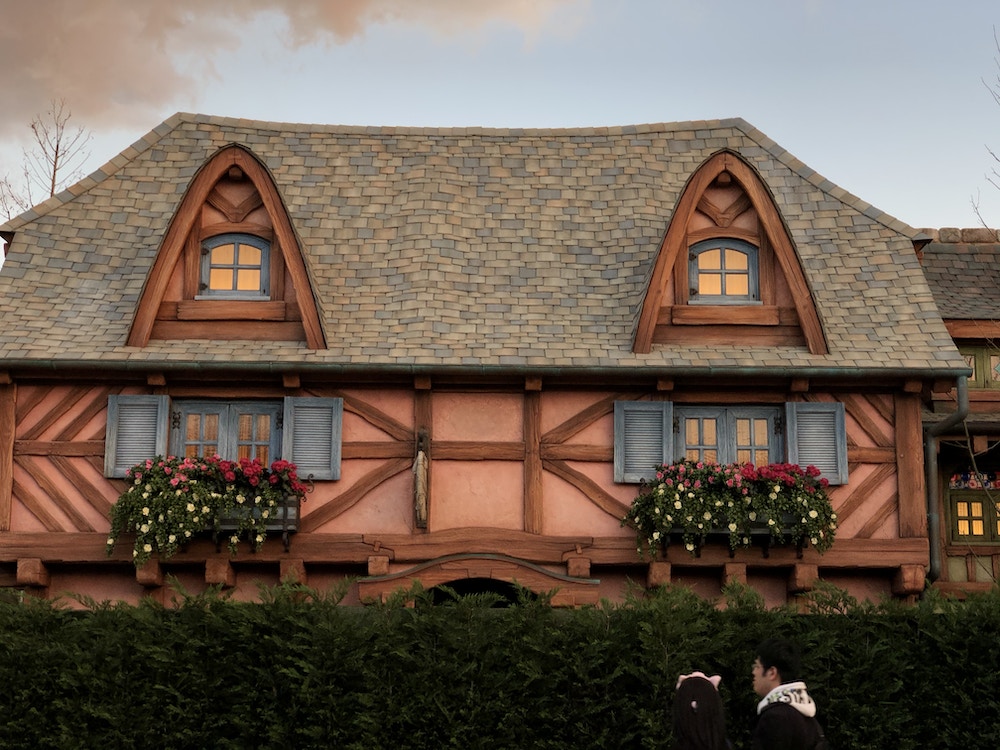 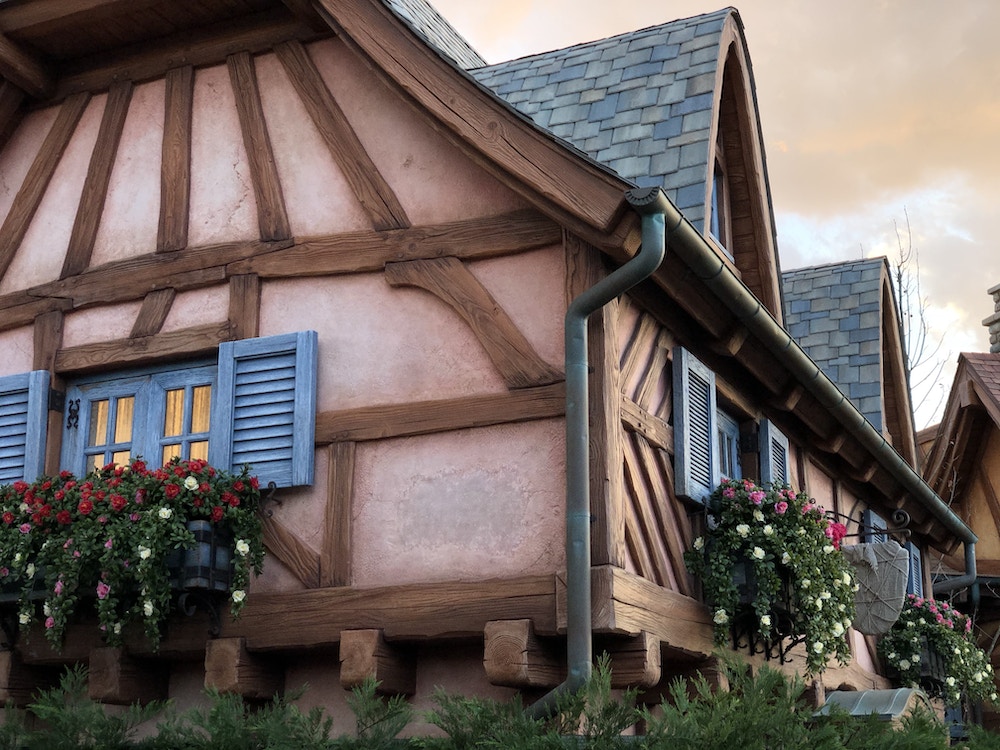 The buildings have finally had some flowers installed. It brings a bit more life and color to the area, don’t you think? 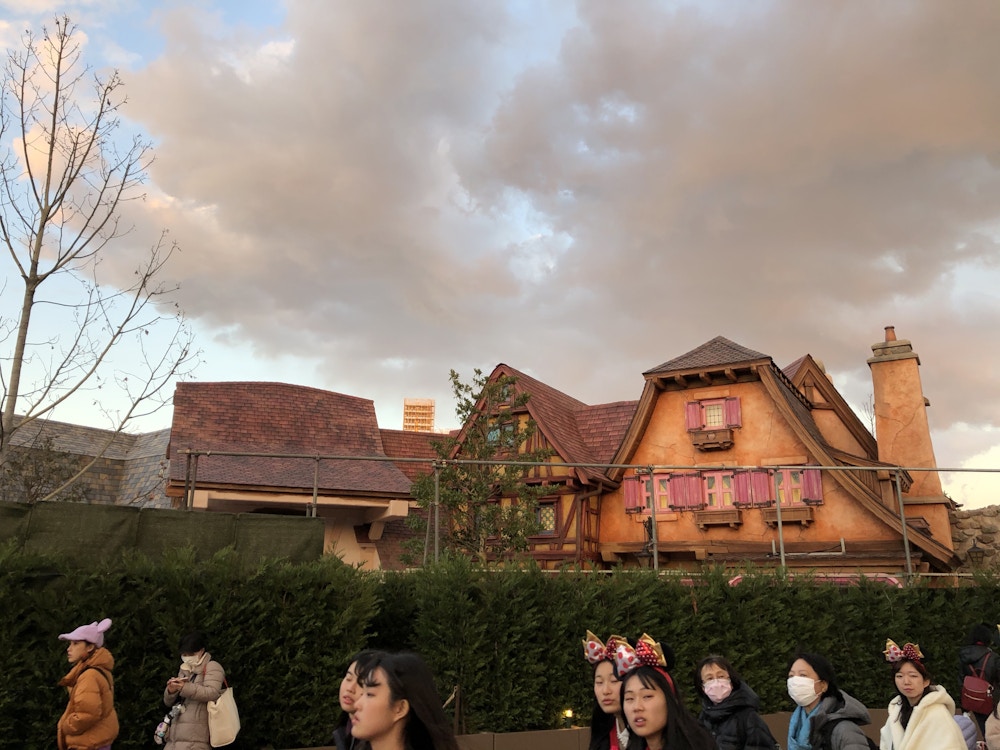 These buildings were previously revealed, but really shine at sunset! Judging by the fence poles, I bet they’ll be covered fairly soon as well.

The Happy Ride with Baymax 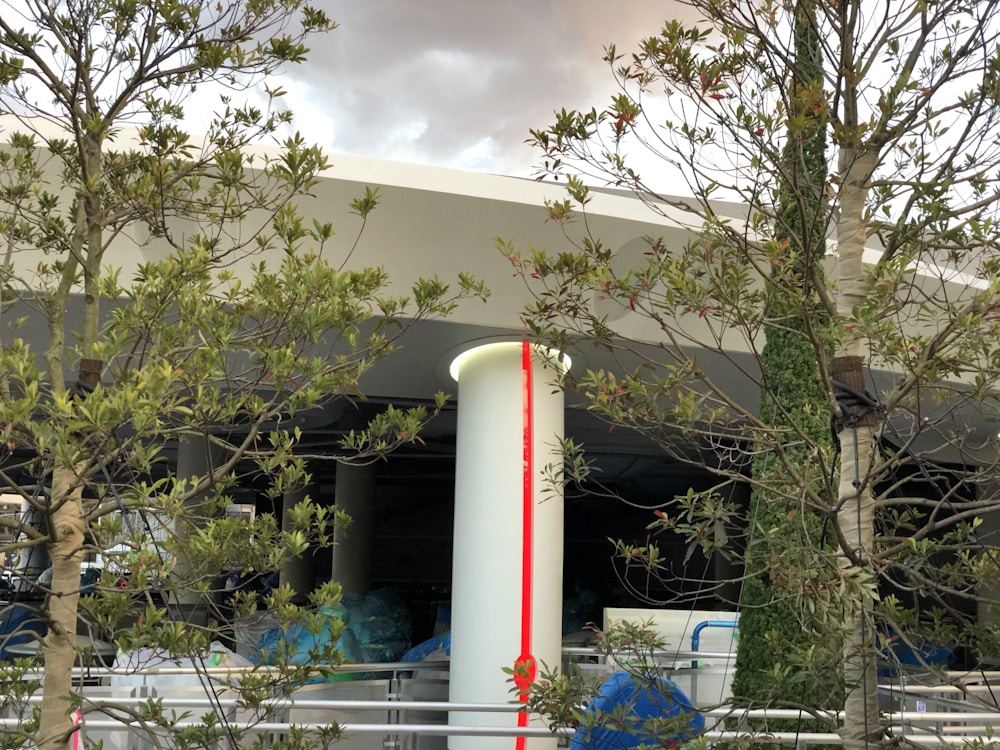 The light poles within the structure were light this evening. The rest of the ride, however, remained dark. 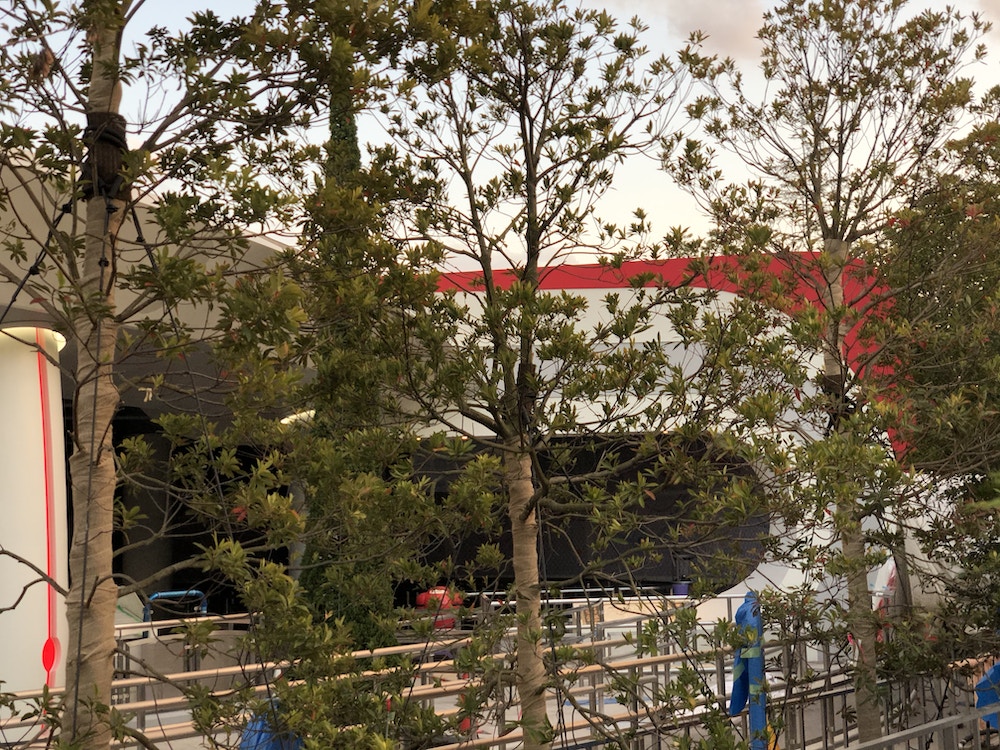 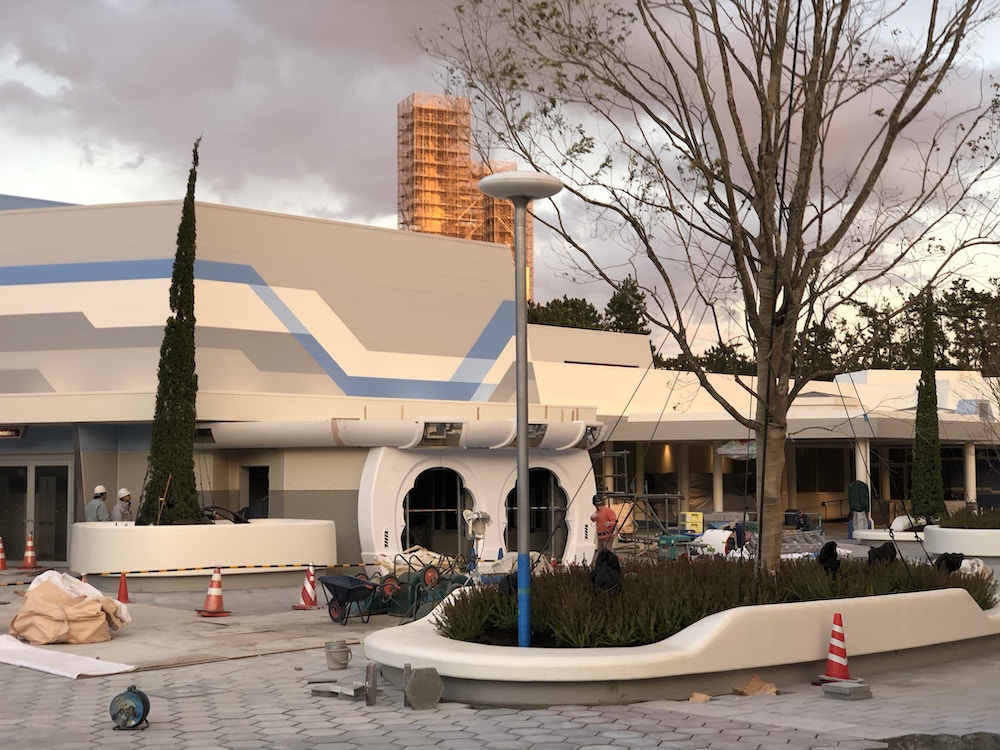 A new structure of some kind was also revealed. I wonder if this will be a miniature shop as well?

That’s a brief but significant update from the New Fantasyland expansion at Tokyo Disneyland! That castle is just breathtaking, isn’t it? I’m so excited to see it revealed in full, and I can’t wait for April 15th! We’re just 69 days away! Are you excited? Are you visiting Tokyo Disneyland in 2020? Let us know below or on Twitter!