For the past nearly six months, the path between the parade route and Tomorrowland has been closed. This was to accommodate work on The Happy Ride with Baymax and the adjacent The Big Pop popcorn shop. Instead, Guests were able to walk through the Belle’s Village and past the Beast’s Castle facade portions of New Fantasyland. We were pretty ecstatic, as it gave us a taste of what’s coming April 15th! Unfortunately, it seems those days have come to an end. Today, the Belle’s Village path closed once again, likely through the grand opening on April 15th. But we’ve got photos of the updated Tomorrowland walkway. Let’s go check it out! 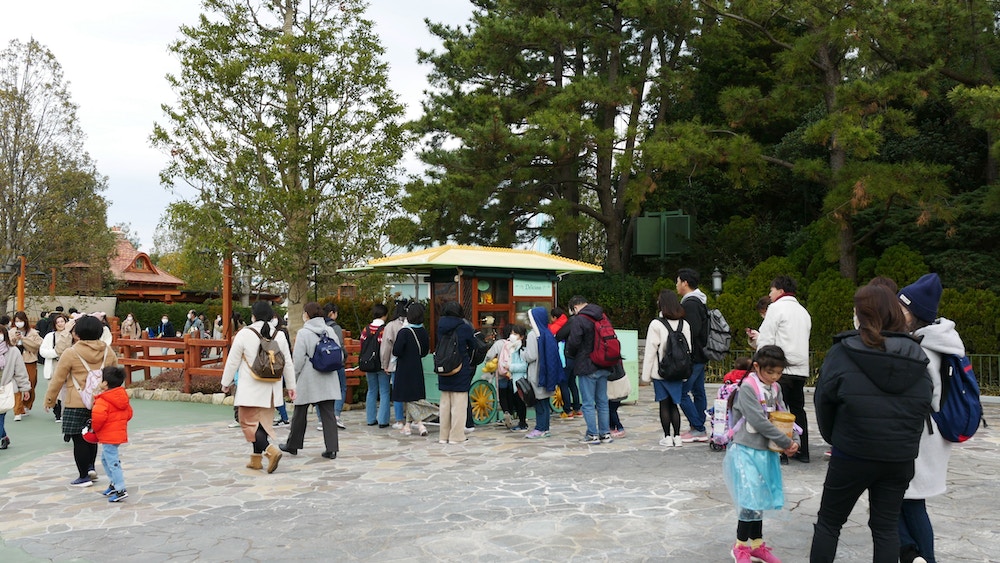 Over in Fantasyland, the Pooh’s Hunny Hunt-adjacent popcorn wagon has been gone since September to accommodate construction, but has now returned early! It actually was scheduled for refurbishment through February 29th, meaning things are a bit ahead of schedule. 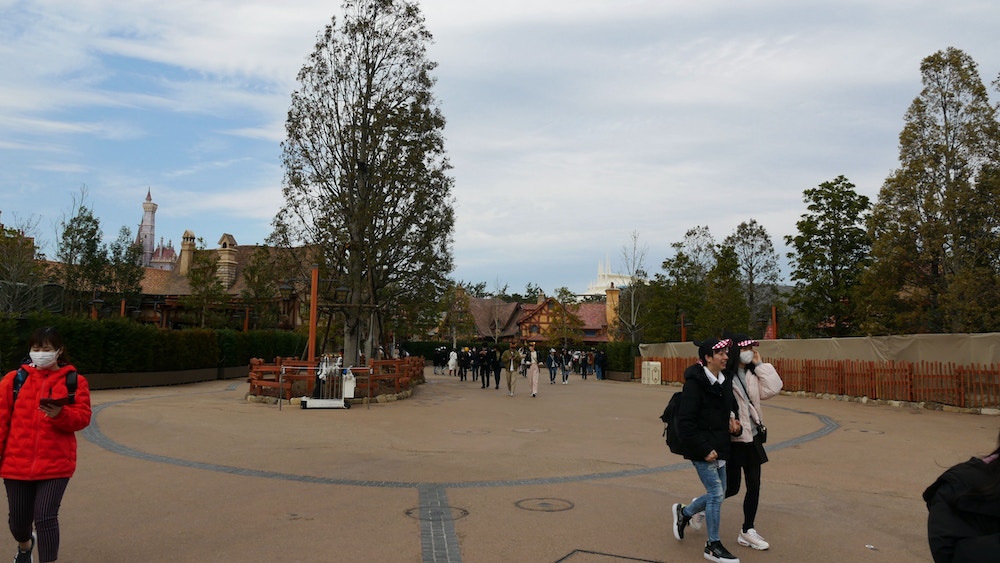 Those planters on the left side here were pulled back as well, which allowed for a bit wider of a walkway. 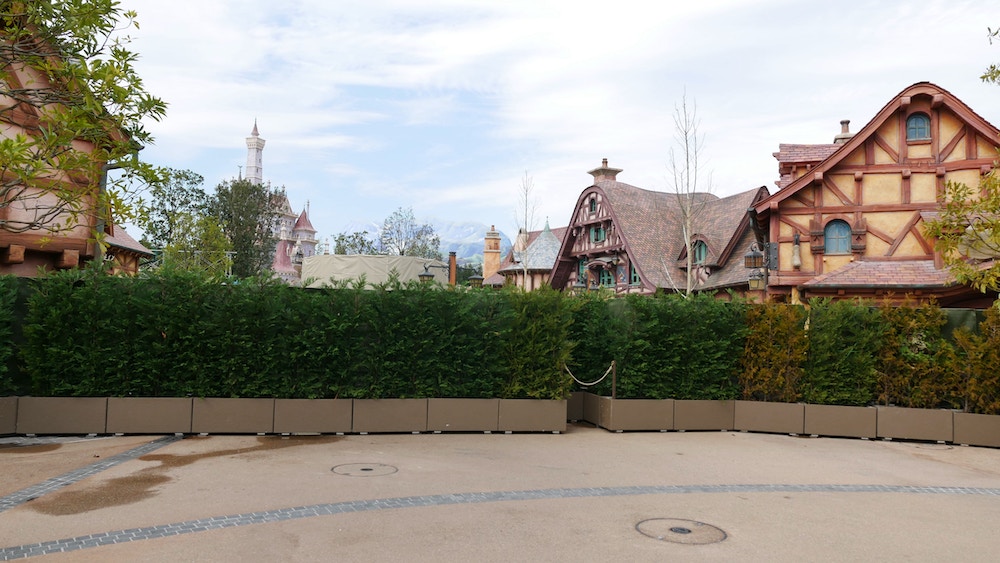 After walking through here for months, it breaks my heart a bit that I have to say goodbye again, even if only for a little bit. We’re only 53 days out from April 15th, after all! 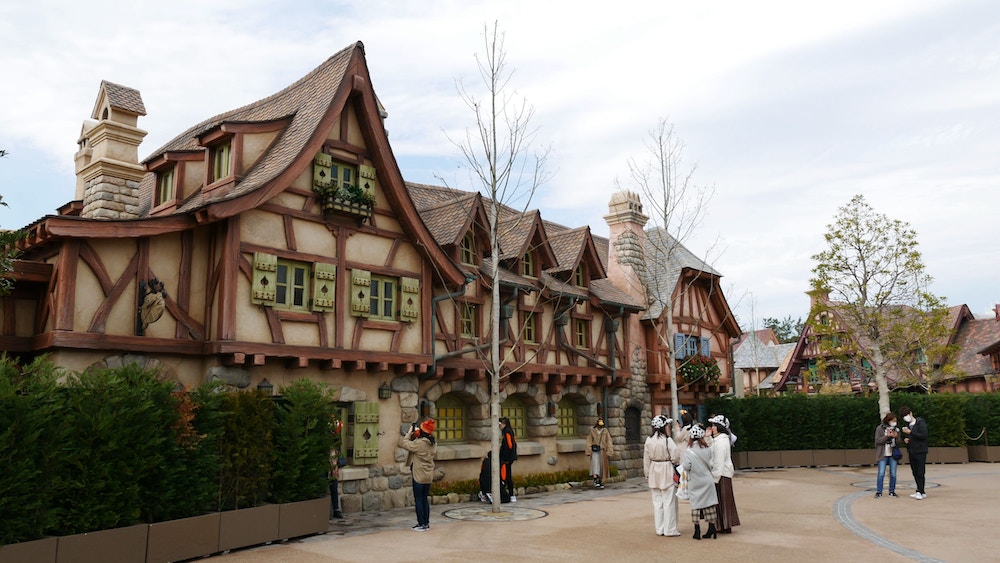 One extra benefit was the reveal of this lower section of wall from La Taverne de Gaston. Guests were already eager to take selfies in front of this new section! 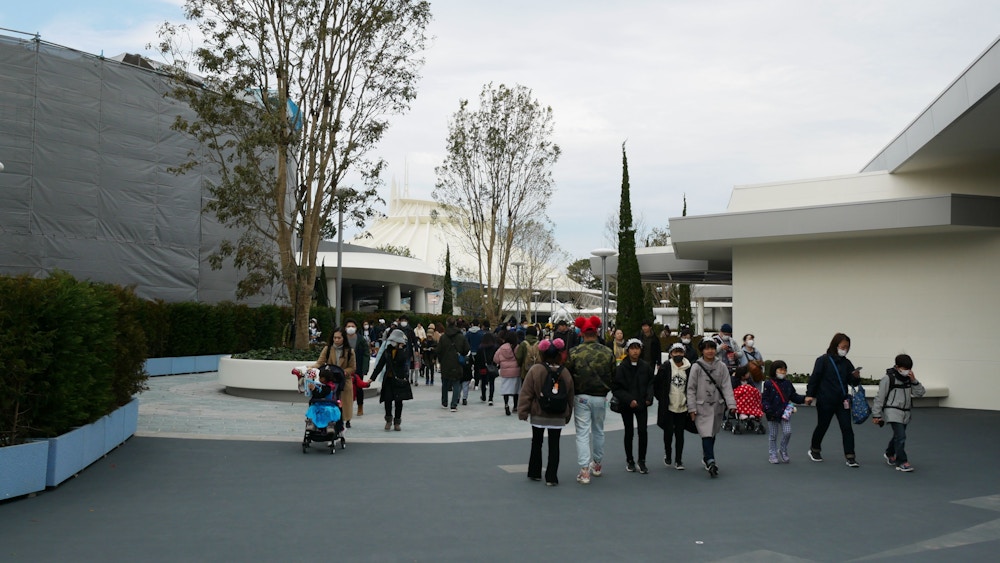 Meanwhile. this section of Tomorrowland is back in the public view! Things look a bit different compared to the last time we were allowed through here. For one, the pavement has largely changed. For another, the cute blue construction walls are gone too, sadly. Well, that’s progress! 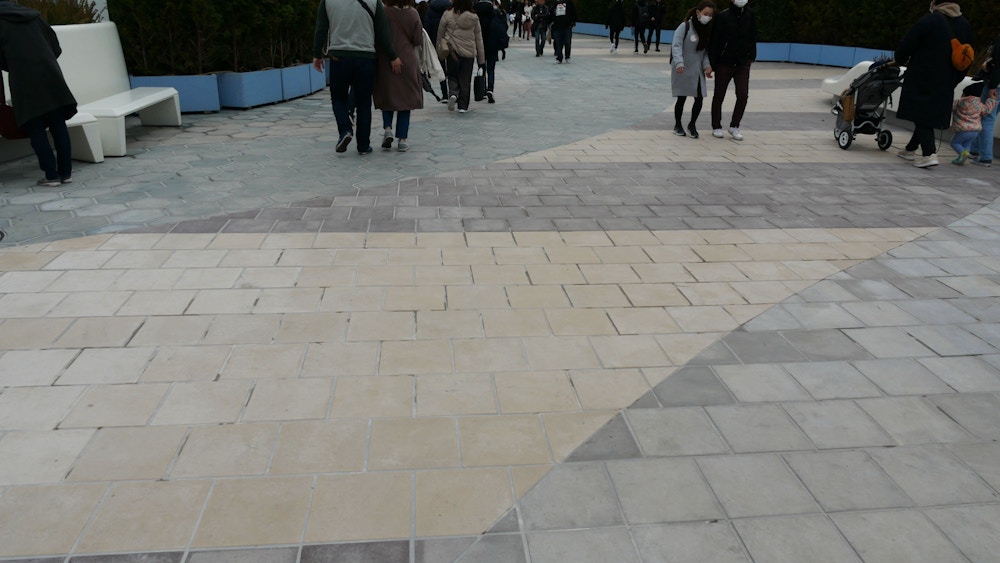 I actually really like the new ground design, with this snaking pattern down the middle flanked by squares on one side and hexagons on the other. It’s nice to see Tokyo Disneyland moving away from the standard colored pavement in some areas, while retaining the classic look in others. 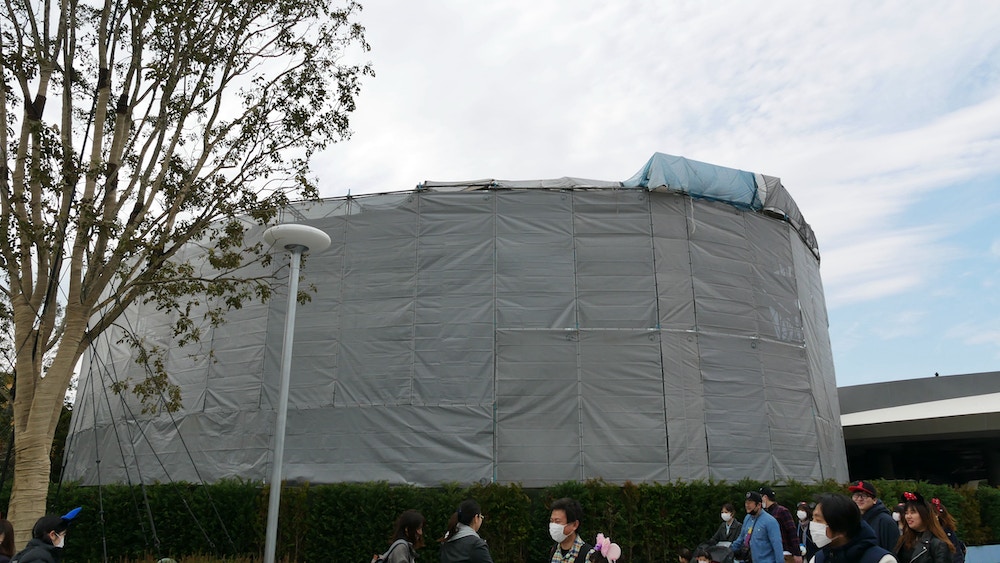 The Big Pop is still behind scaffolds. It’s the only structure still in this state in the entire New Fantasyland project. 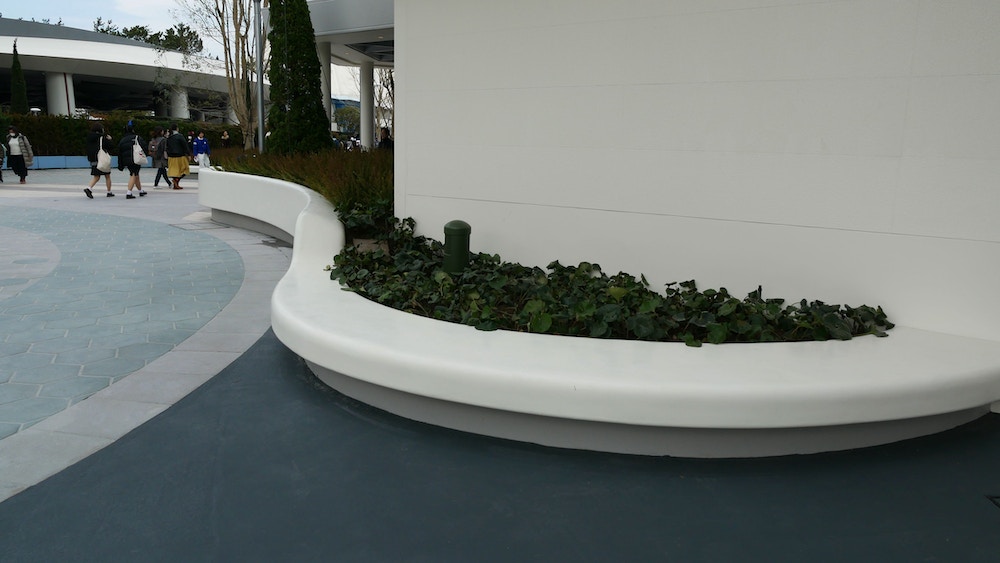 Stylish and slick new planters with built-in benches are now part of the Tomorrowland Terrace exterior. They’re at a great height to just plop down and take a load off after that exciting spin on The Happy Ride with Baymax! 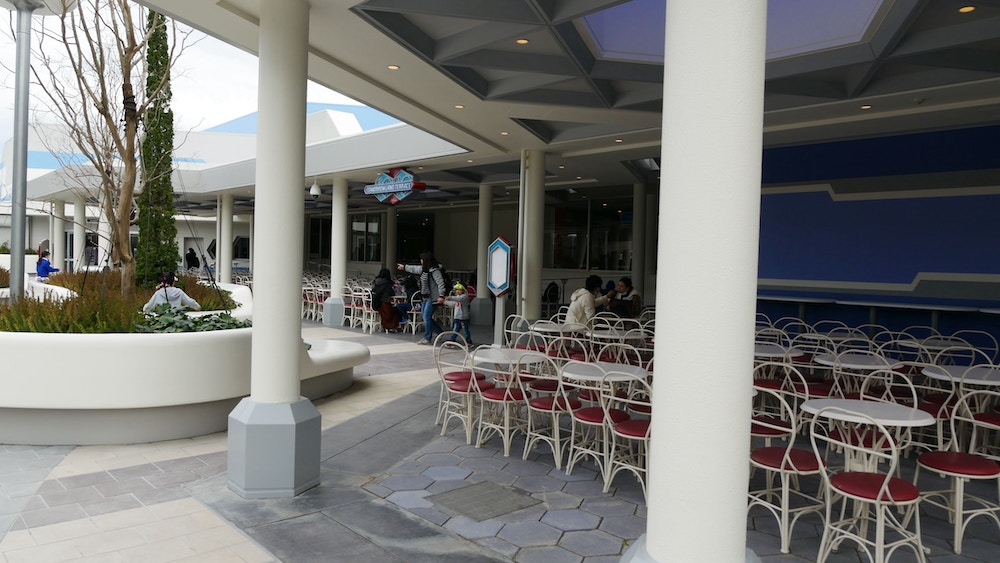 Tomorrowland Terrace’s outdoor seating area also made its return today. The exterior menu wasn’t back yet, however. 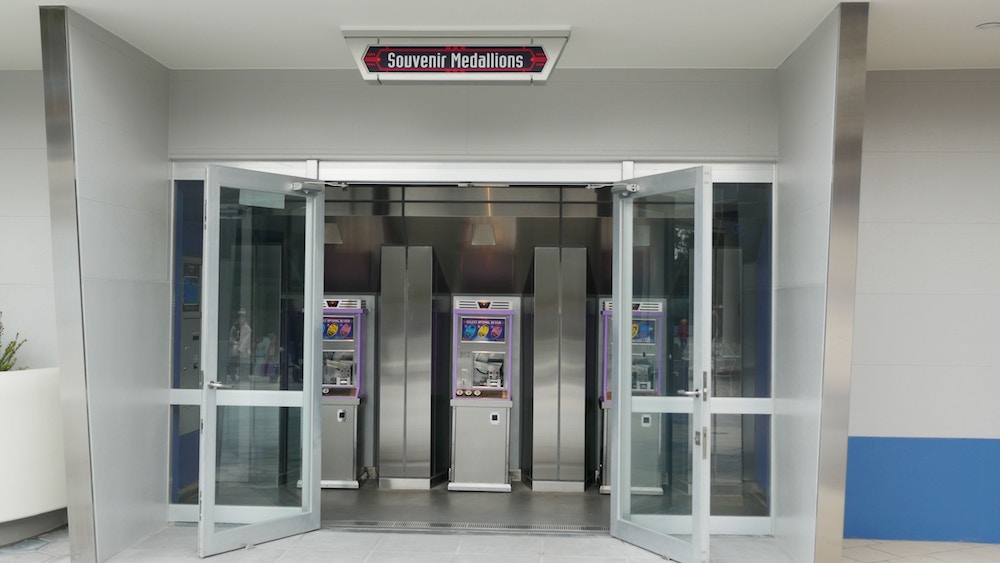 Also, all of the souvenir medallion machines are back in their rightful places. I wonder what kind of New Fantasyland medallions we’ll see for the expansion? 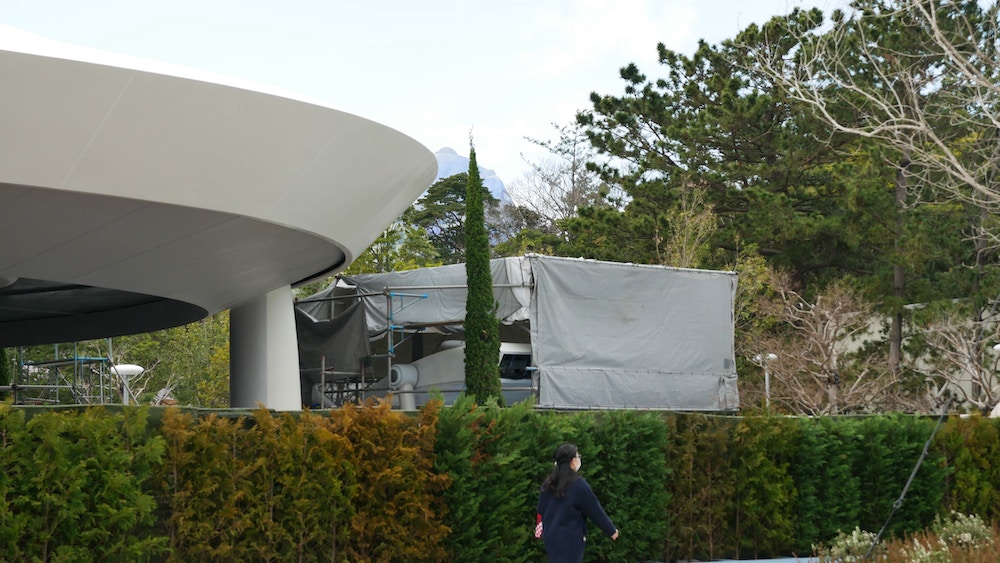 Work continues on the entrance structure for The Happy Ride with Baymax. 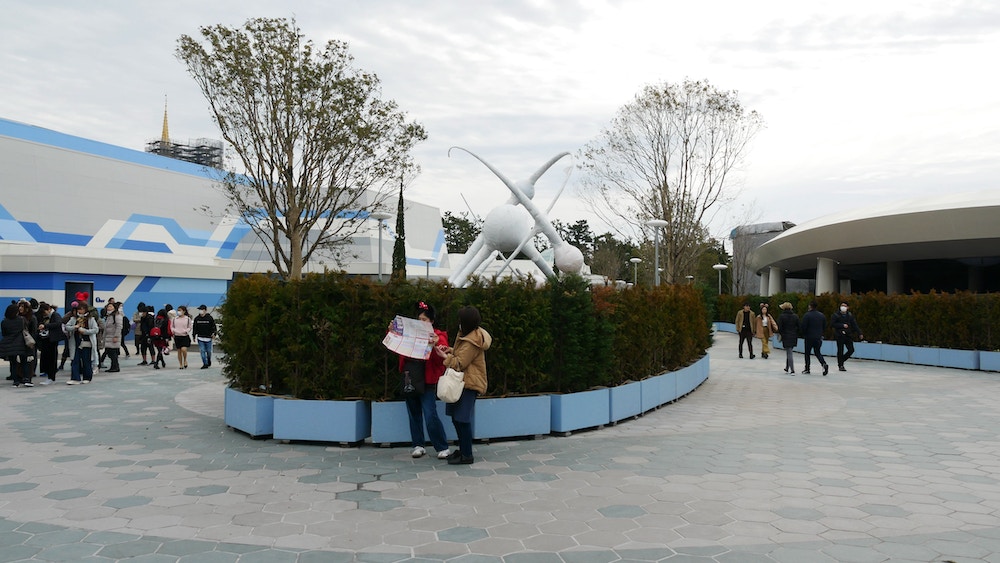 The fountain-planter thing (whatever it is, we aren’t sure yet) is still behind wraps and scaffolding as of today. 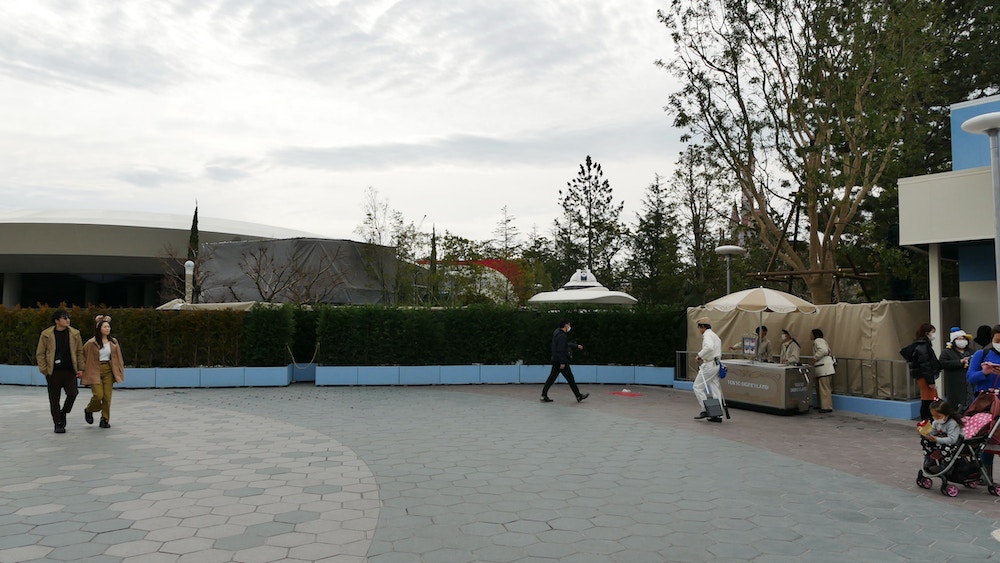 And the former exit to New Fantasyland is behind planters as of today. The ice cream cart formerly next to Treasure Comet returned to this area today as well.

While we’re disappointed that we can no longer walk through Belle’s Village, we’re excited for the grand opening on April 15th! It’s just under two months from now, which feels almost surreal! Are you excited for Tokyo Disneyland’s New Fantasyland expansion? Will you be visiting in 2020? Let us know below or on Twitter!

Next
PHOTOS: Building Being Enclosed for All-New McDonald’s Near Disney’s All-Star Resorts at Walt Disney World