If you’ve ridden a bus or driven your rental car down Osceola Parkway, you probably didn’t miss the large V-shaped structure being erected between Disney’s Animal Kingdom and Disney’s Hollywood Studios. The building is home to the McDonald’s being remodeled, and we have a few site developments to share since our last update. 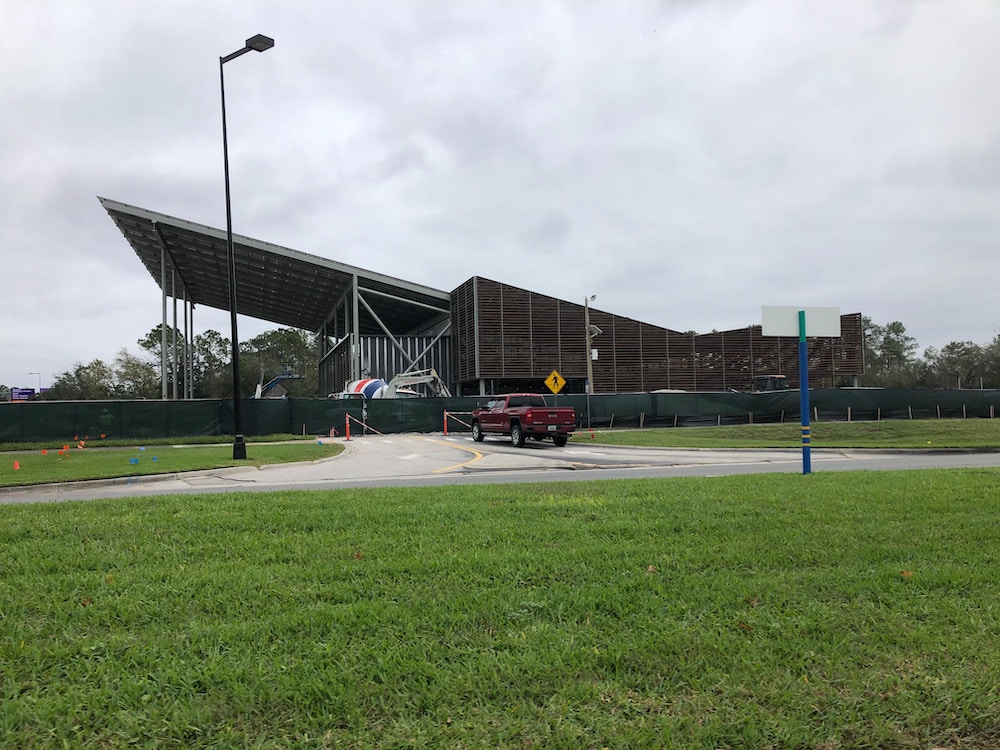 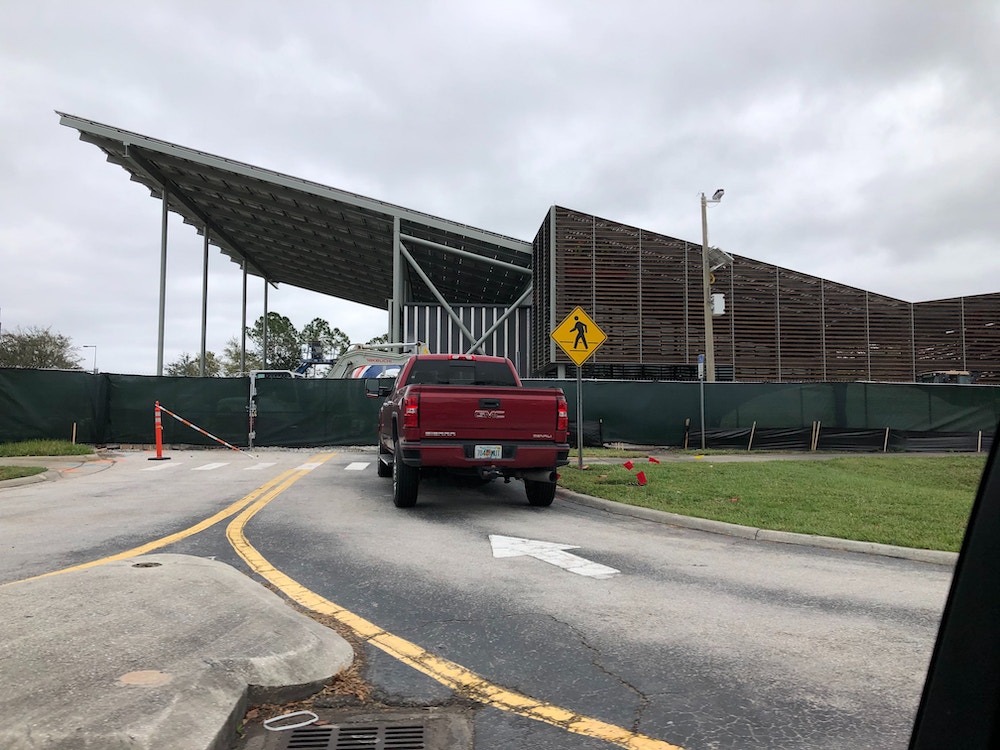 The first thing we noticed is the restaurant’s walls are now being closed in. On the right side of this photo, you can see rows of horizontal beams cross-sectioned by a few vertical ones. It almost looks like a modern art museum right now. 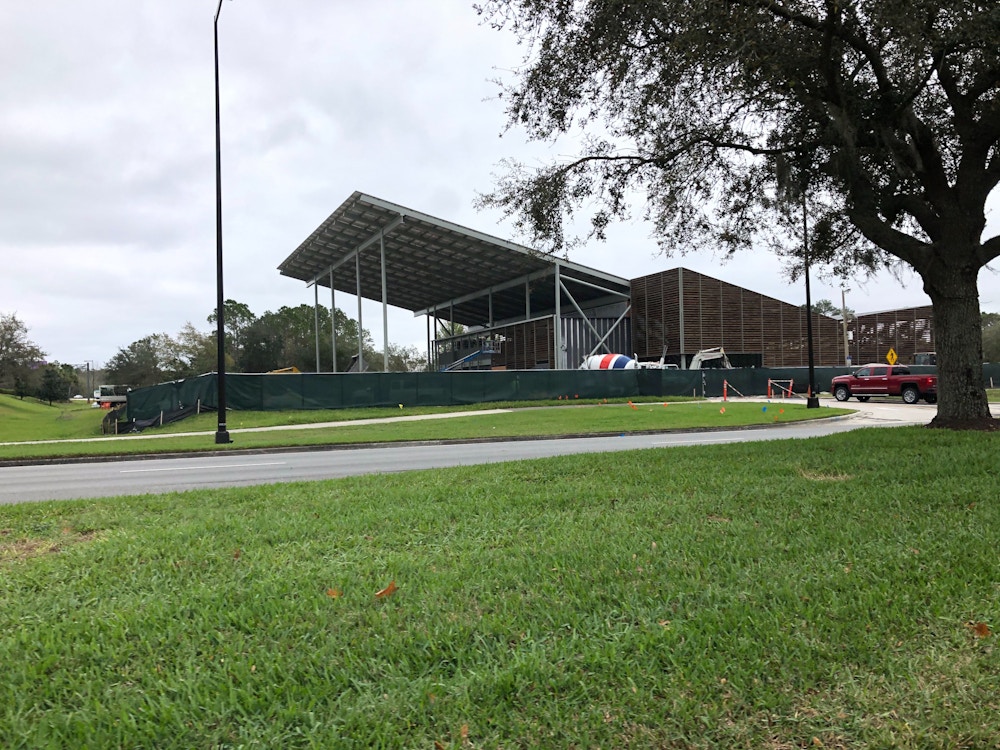 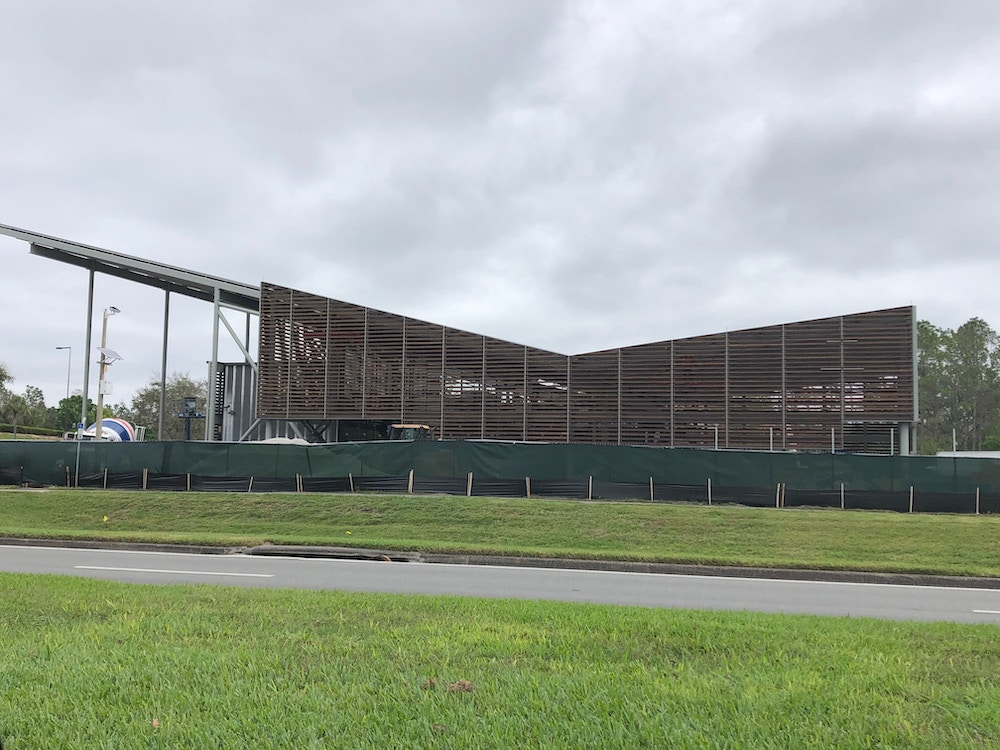 The design purpose of the very tall beams at the left side of the photos still isn’t clear. But the sections right under that were previously only cinderblock are now covered in steel framing. 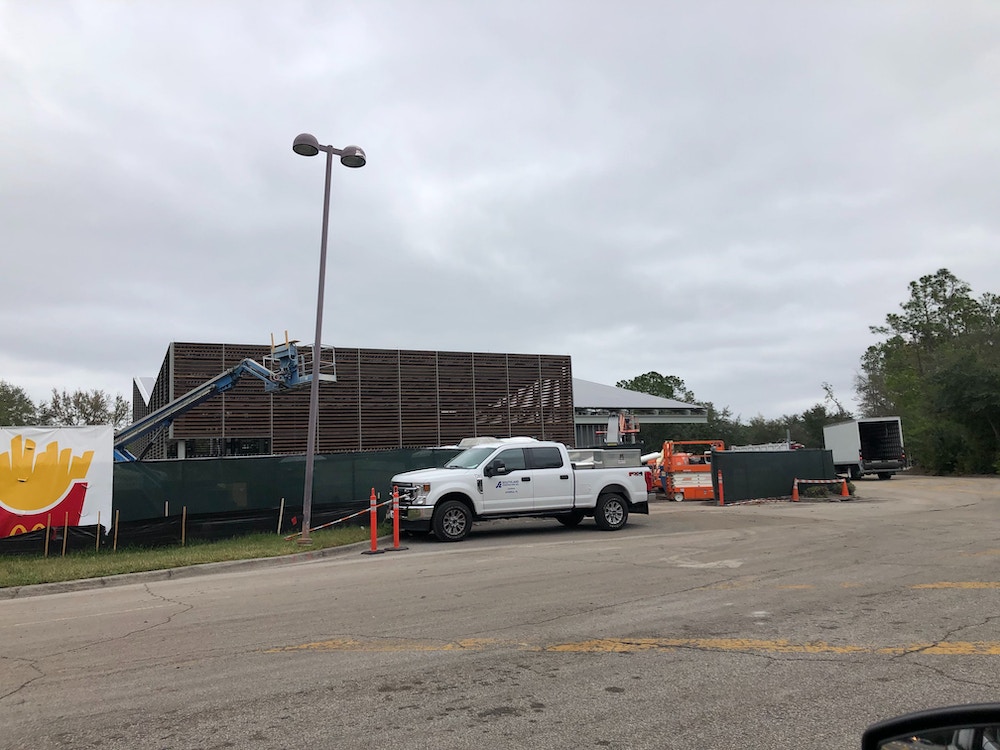 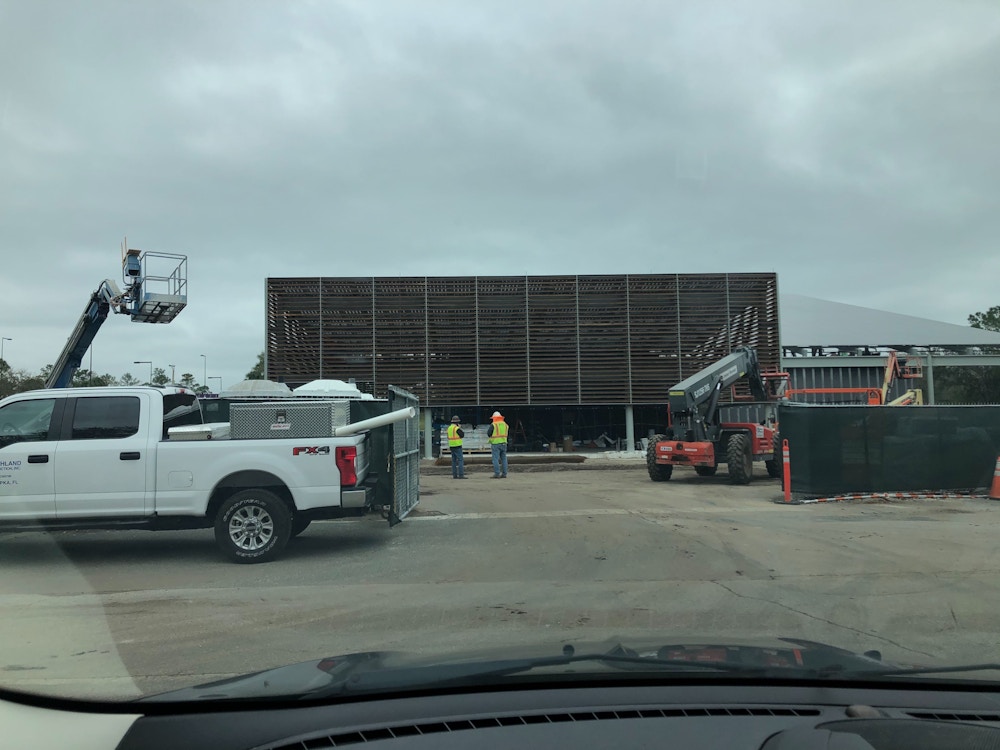 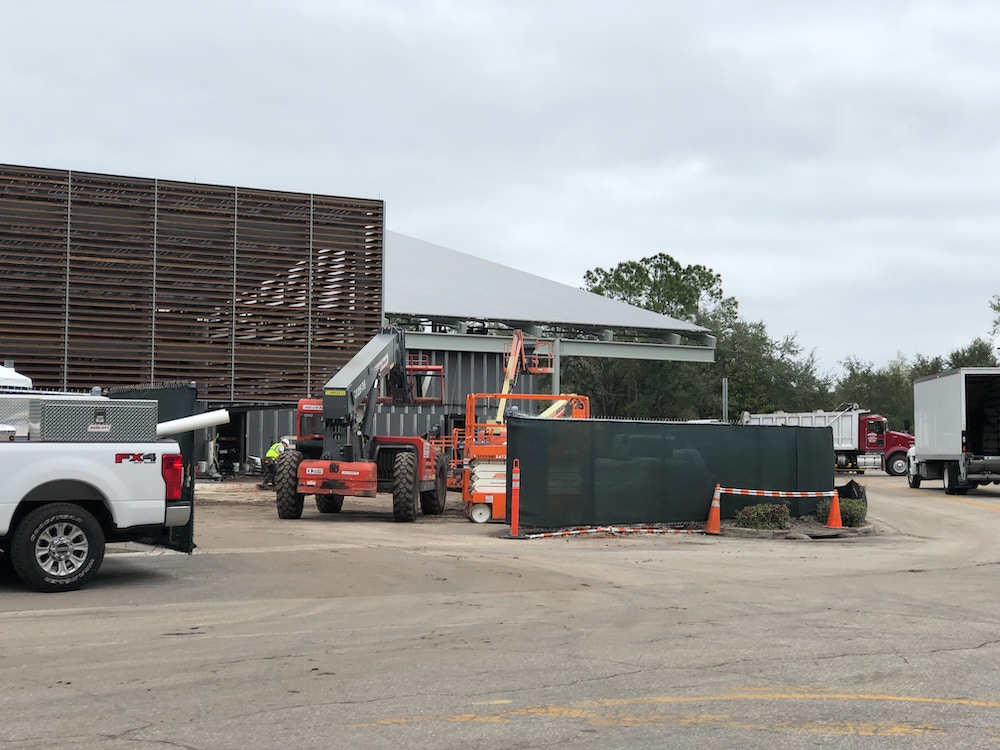 The entire building is now transitioning from a skeleton into a restaurant. The greens and whites previously prevalent are now more natural shades of brown. While it’s still too early to speculate where you’ll drive through to pick up your McNuggets and Filet-O-Fish, this overhang still has potential to be the spot. 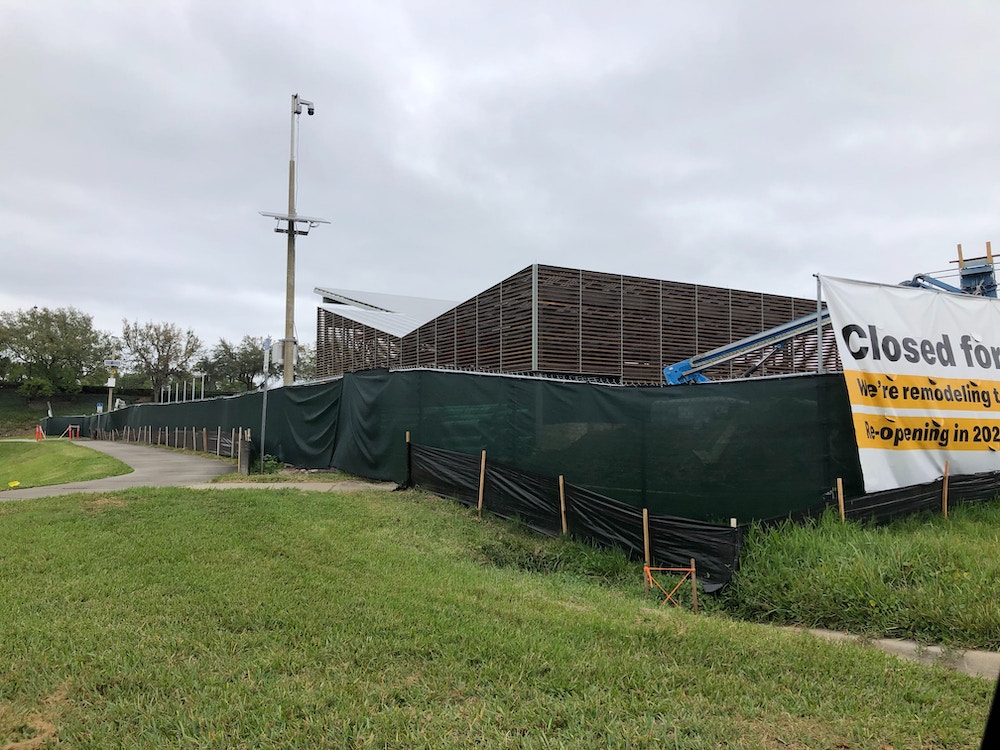 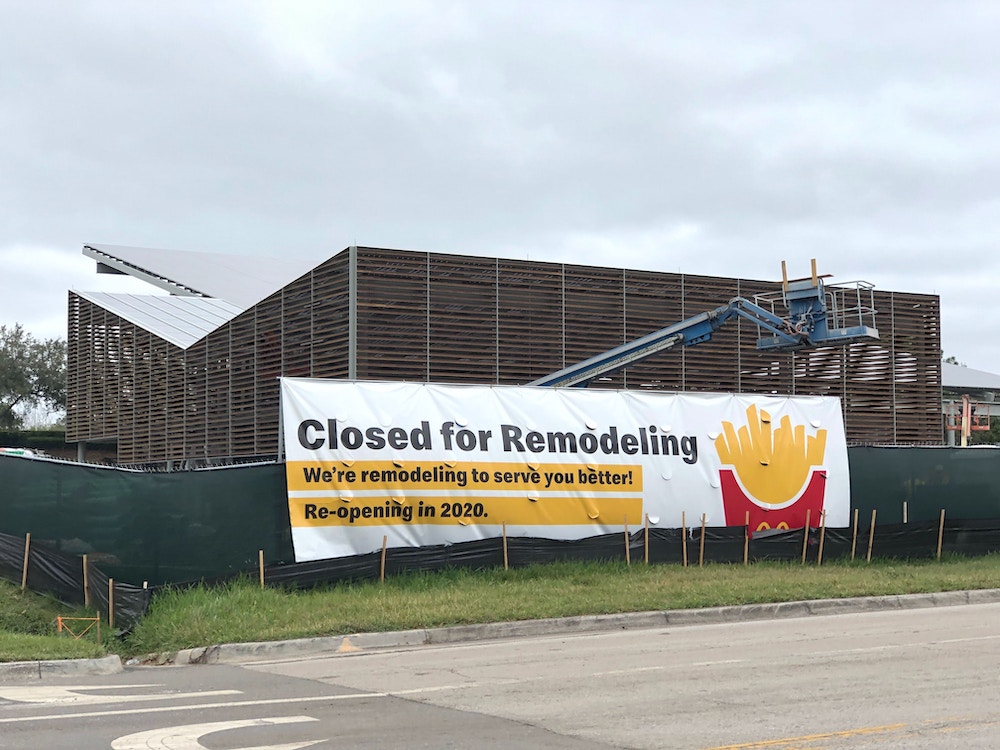 On the roof, you can see silver panels are now being added.

Keep reading WDW News Today as we watch the new McDonald’s unfold. You can take a tour of the McDonald’s as it existed from 2009 to 2019 in the video below, or opt for a photo tour by clicking here.