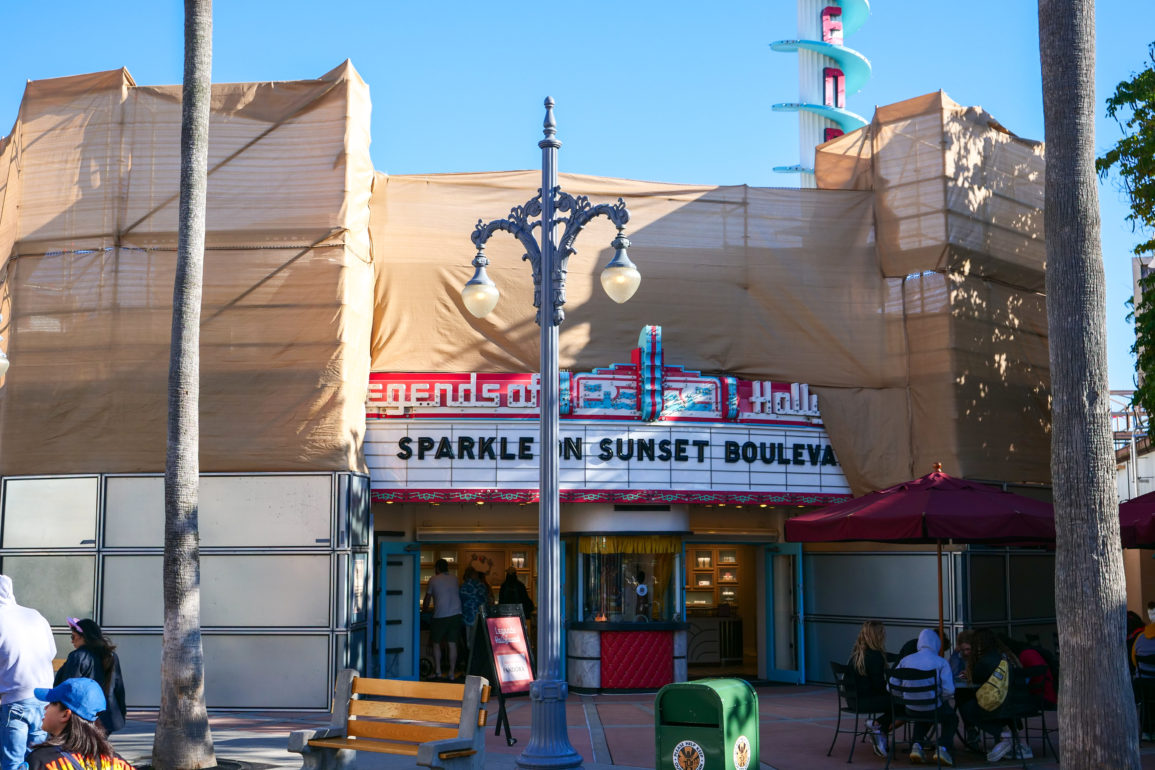 Today, we’re getting a closer look at the exterior refurbishment that recently began for Legends of Hollywood. The trendy store (by the standards of today or 100 years ago) lies on the east side of Sunset Boulevard at Disney’s Hollywood Studios and contains both jewelry and some of the nicest apparel you’ll find in the park. In fact, we found some new items here in the last few days! 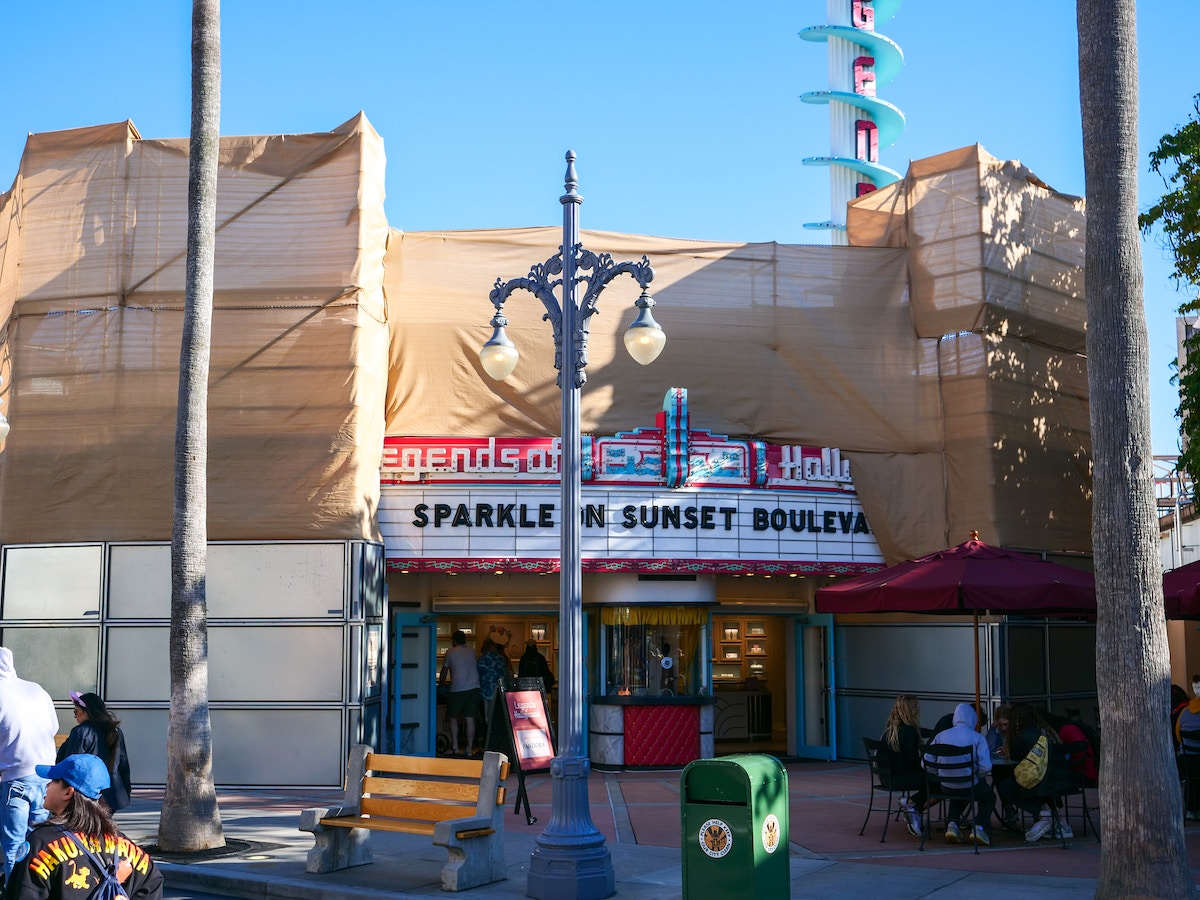 Since our most recent report on the project, we can see significant changes have taken place. At the south entrance, as you first make your way onto Sunset Boulevard from Hollywood Boulevard, you’ll see some of the most substantial work occurring. The entire building is covered, with the first several feet surrounded by metal walls and the higher areas engulfed in scaffolding and scrim. 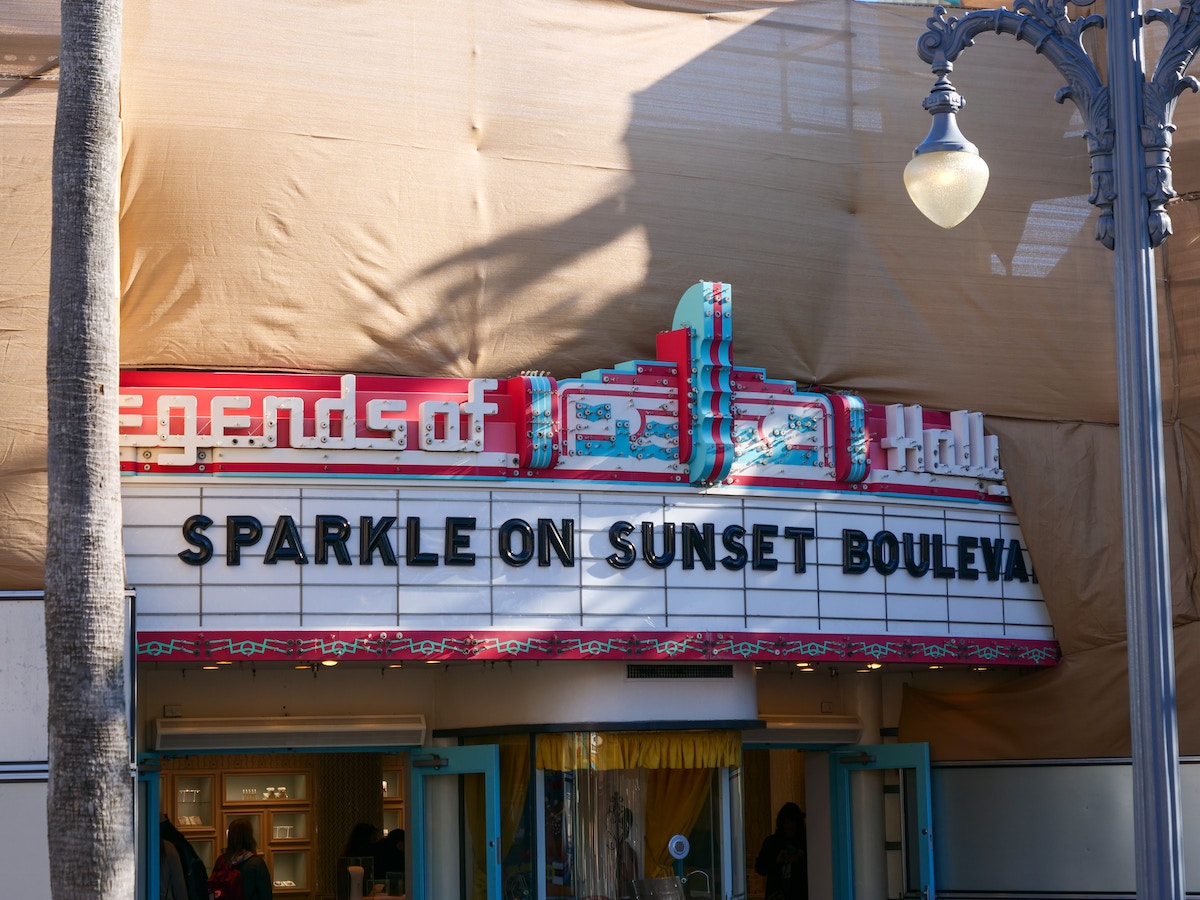 The sign for the upscale store had its neon fully removed and will hopefully return in a freshened-up form once the rest of the exterior work is complete. Even the store’s marquee, reading “Sparkle on Sunset Boulevard,” is partially obscured. 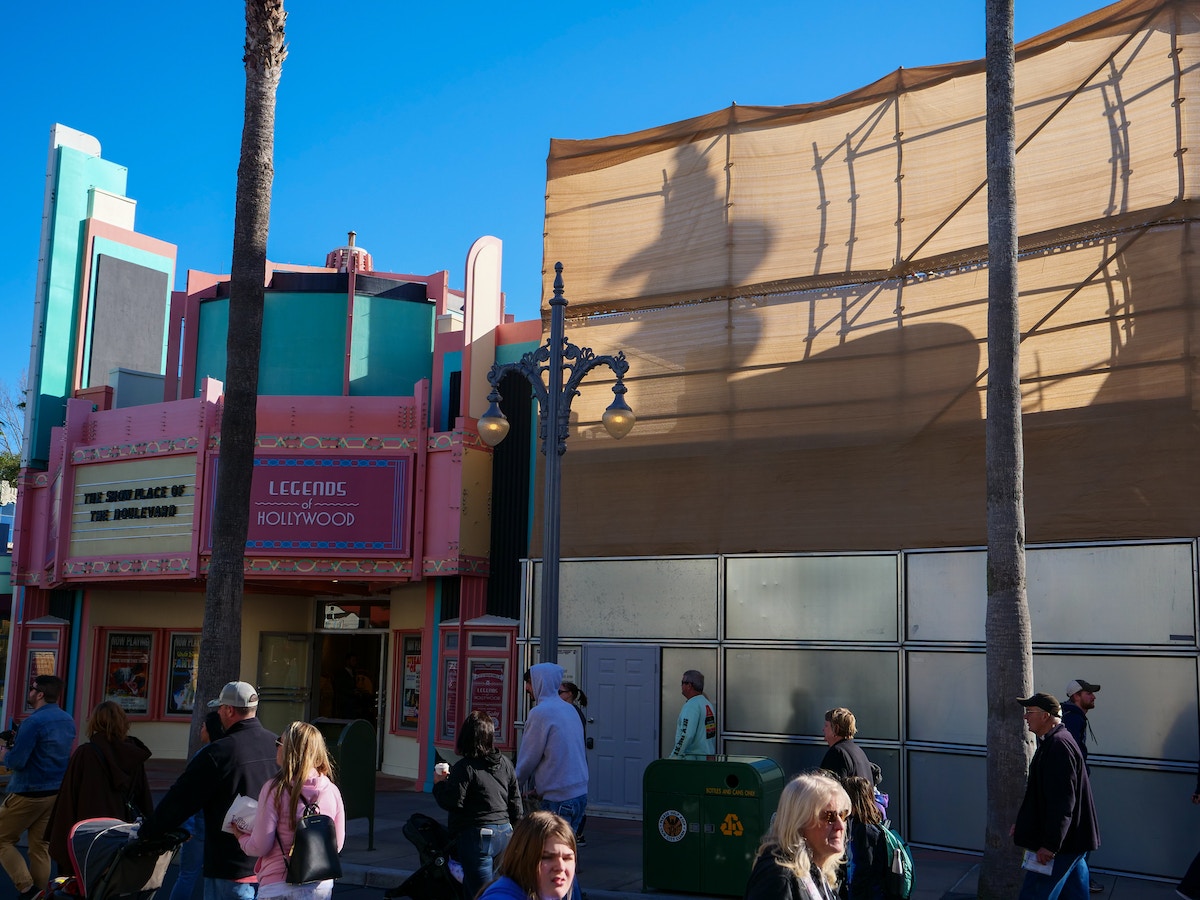 On the west side of the building, which faces the street, the walls of metal and scrim continue on to one of the store’s other entrances. 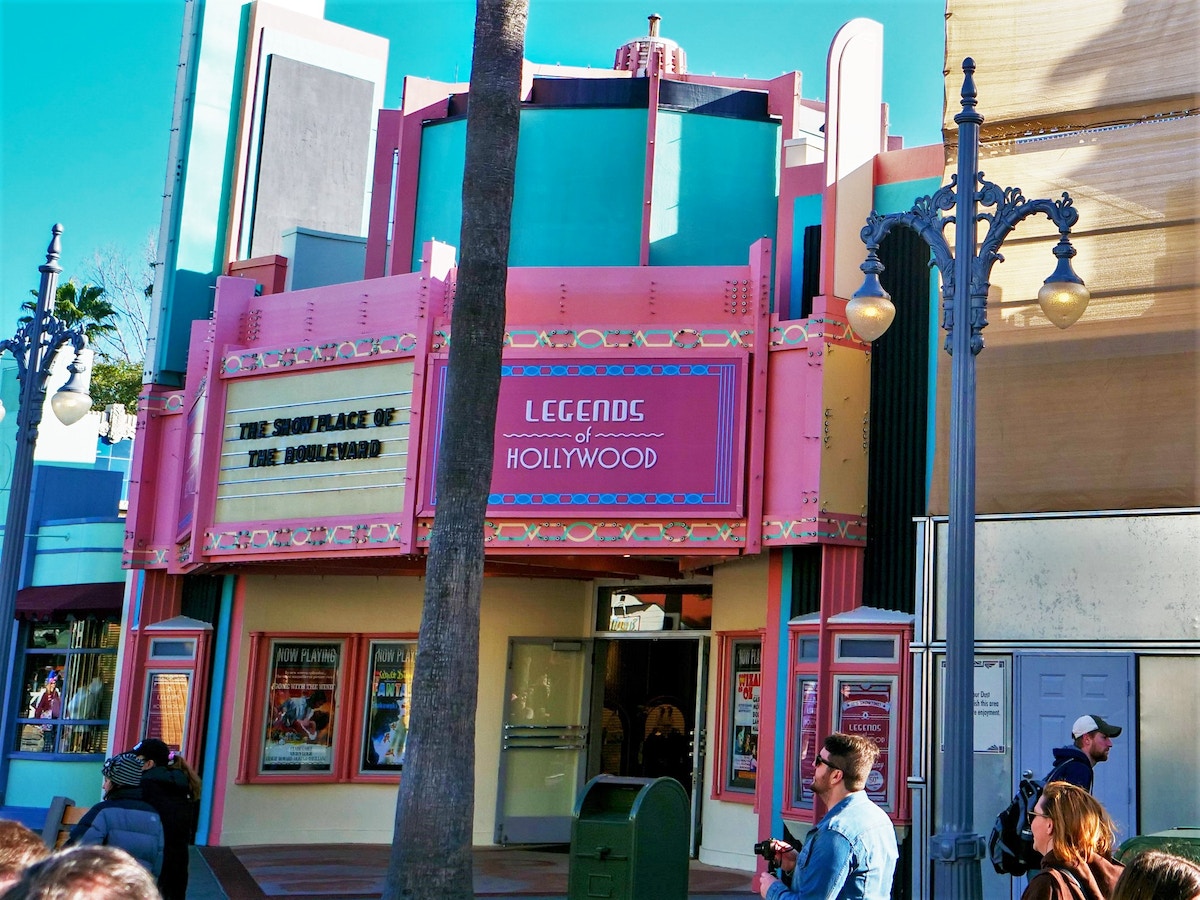 We can see the neon on the sign at this entrance has also been removed, and it’s quite possible we could soon see this area behind walls and scrim as the refurbishment progresses. 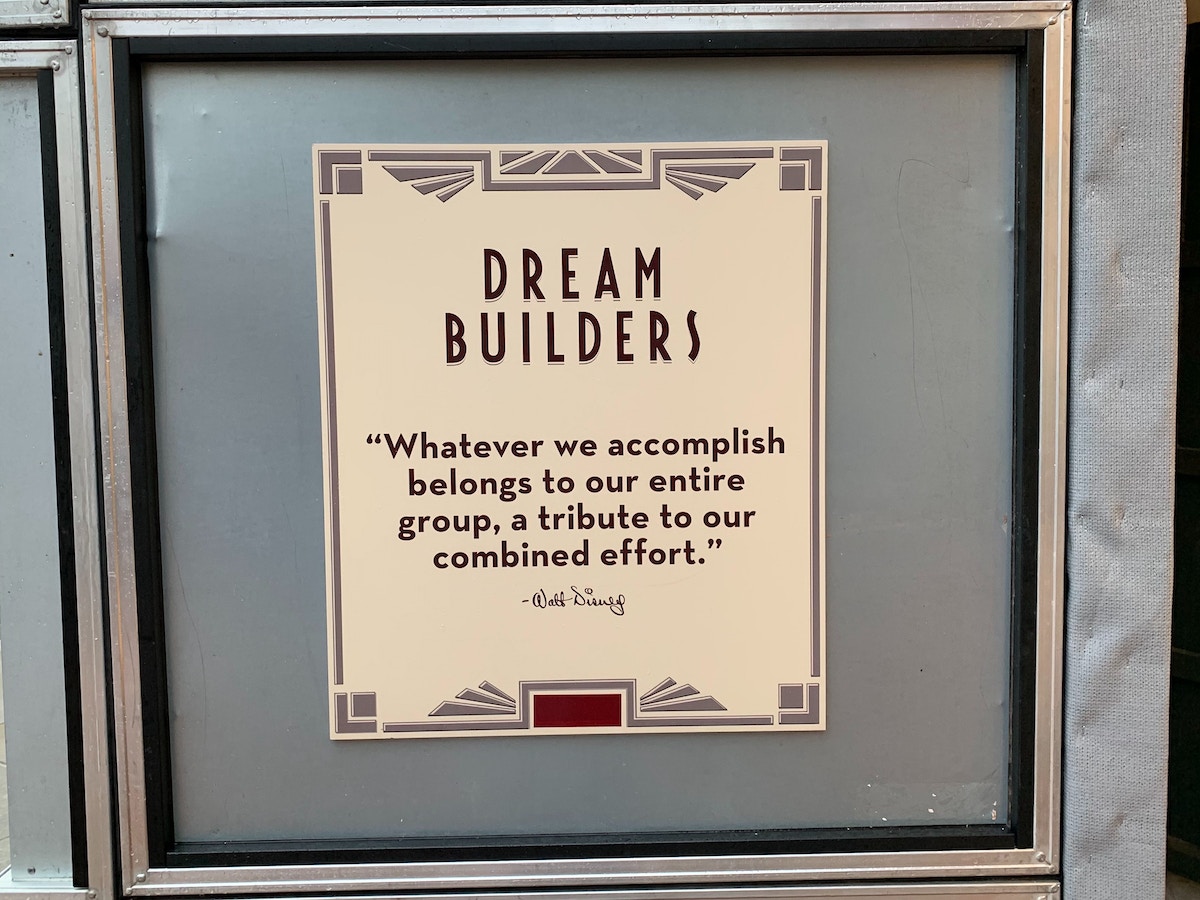 During the exterior work, the store remains open to shoppers and is — thankfully — far more fashionable on the inside than it is on the outside.