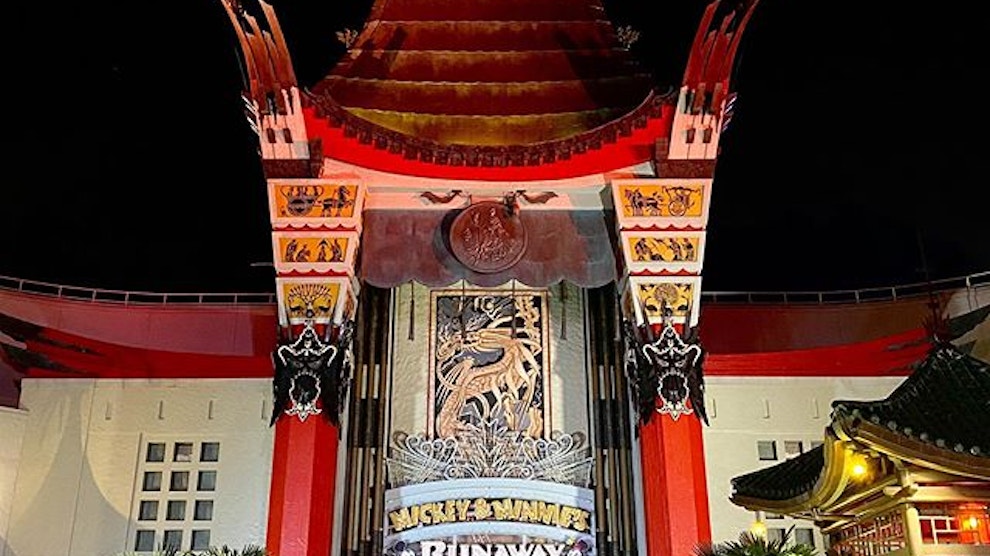 All aboard the Mickey & Minnie’s Runaway Railway hype train! We’ve been monitoring the courtyard of the Chinese Theatre at Disney’s Hollywood Studios closely this past year, and with the new Runaway Railway attraction opening in just a month, it seems work has begun on some final exterior details.

The day has finally come as Mickey & Minnie’s Runaway Railway has received a flashy neon marquee ahead of its grand opening on March 4, 2020. 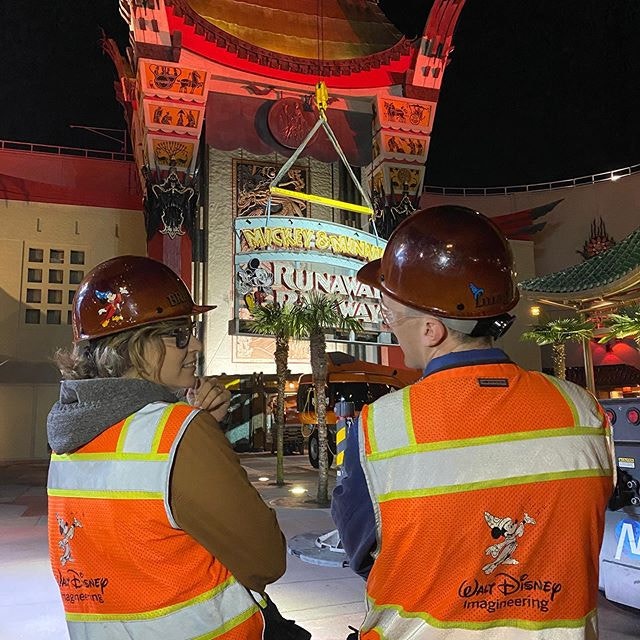 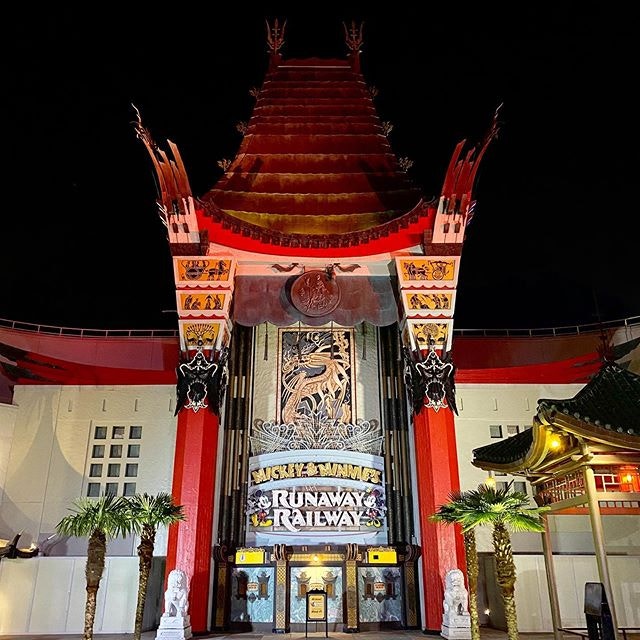 The neon sign features Mickey and Minnie alongside the attraction logo in a series of flashing neon light designs. 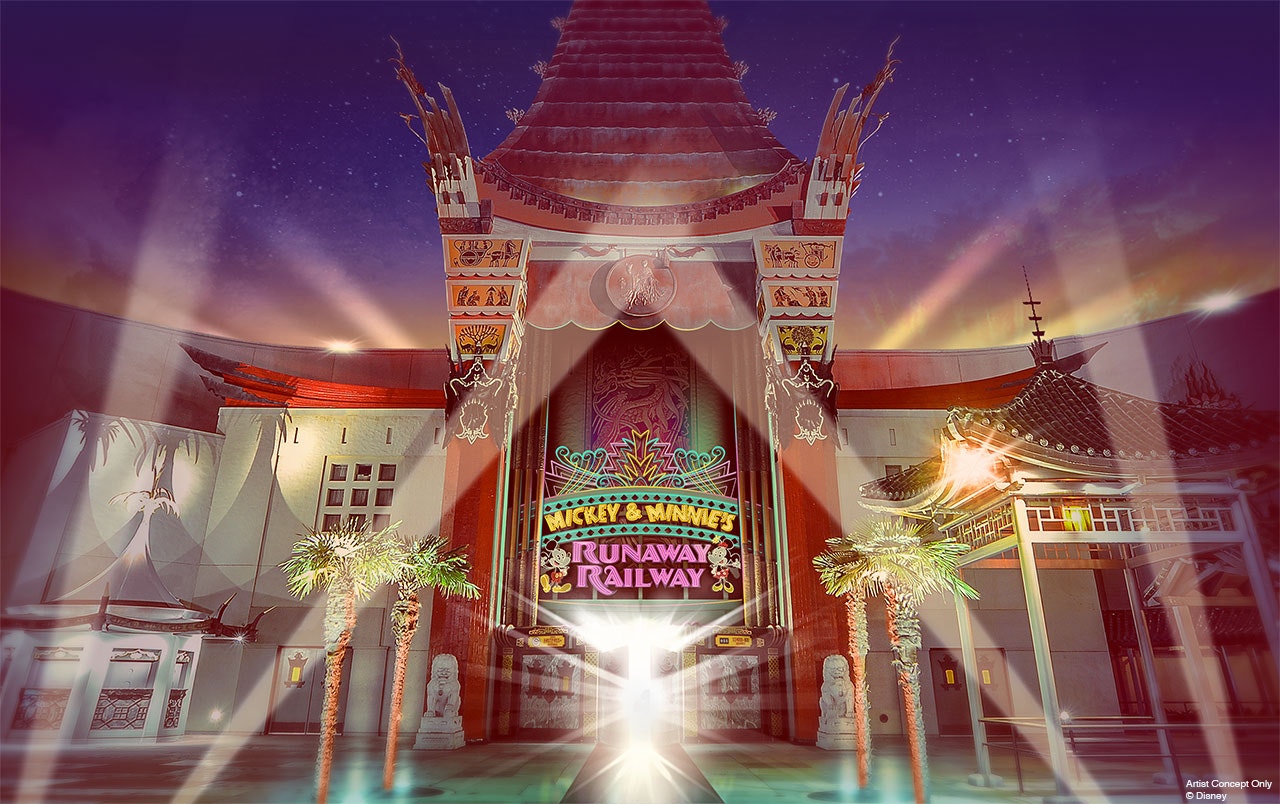 The above concept art shows you what the sign will look like once it’s all lit up! The FastPass+ and Stand-by signs have yet to be fully revealed as they are still beneath protective decals, but it’s only a matter of time before the attraction finally opens and we get to step into a world where mouse rules apply.