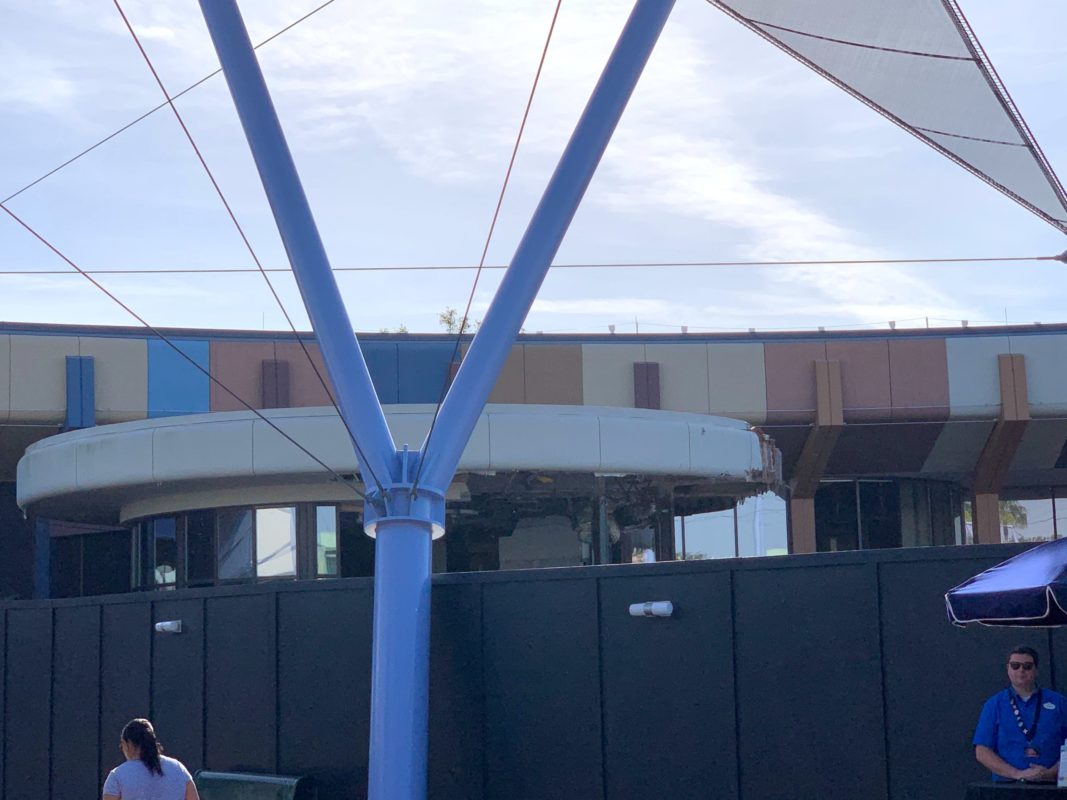 MouseGear, EPCOT’s premier retail store, closed back in early January. Since then, demolition on its interior has moved quickly, clearing the entire space for its intensive remodeling. Now, it seems demolition has moved on to the building’s exterior, as the circular building that made up one of the store’s entrances is being torn down. Similar to the work that was done on the former Fountain View Starbucks, the entire circular building addition (it was added during the 1986 expansion of the former Centorium store) is set to be dismantled and demolished in order to restore the original CommuniCore/Innoventions East building to its former state. While MouseGear is set to reopen in this same space, no official opening date has been given. 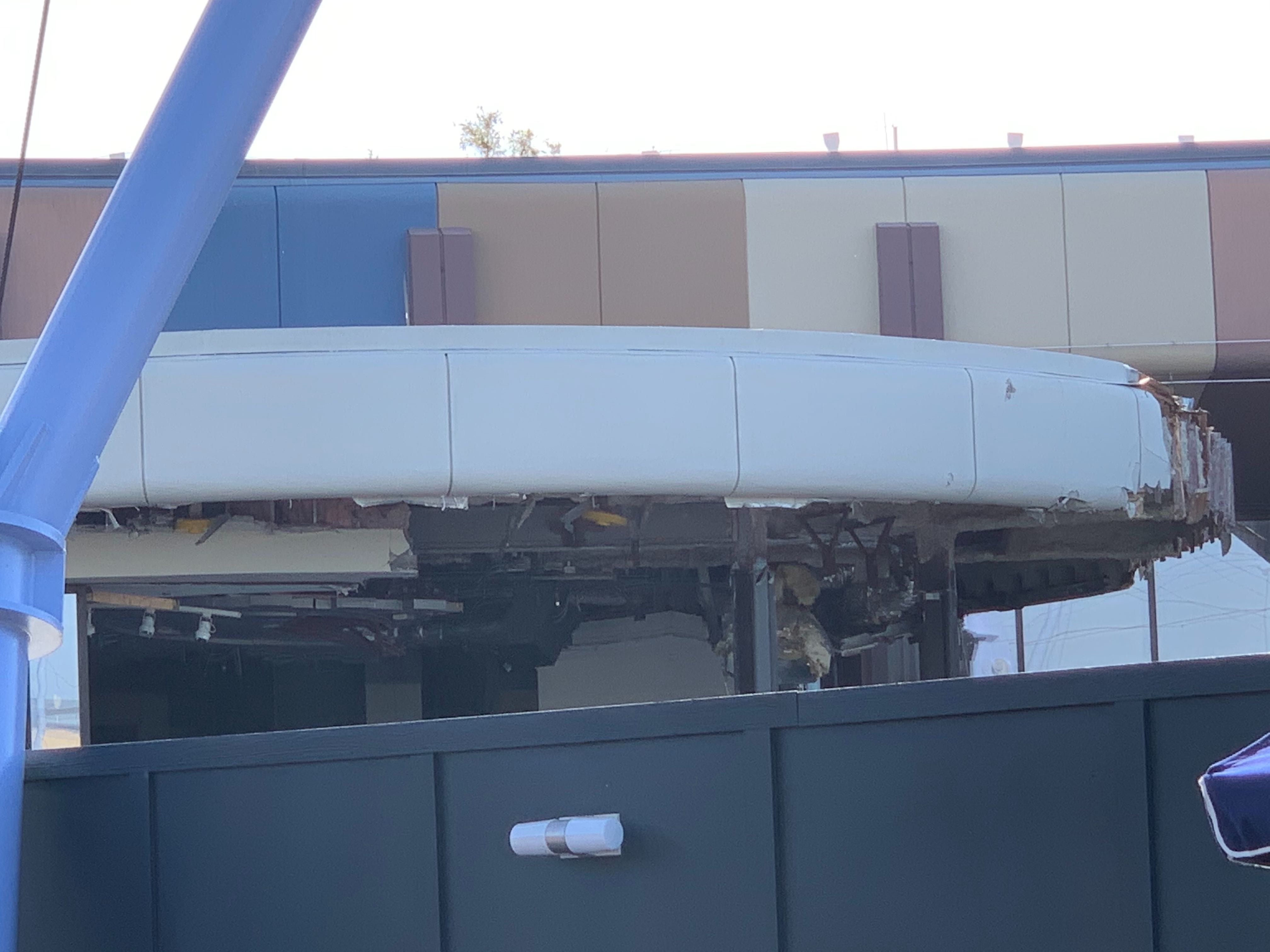 As you walk onto what remains of the Future World promenade, you can see pieces of the structure hanging as demolition continues. 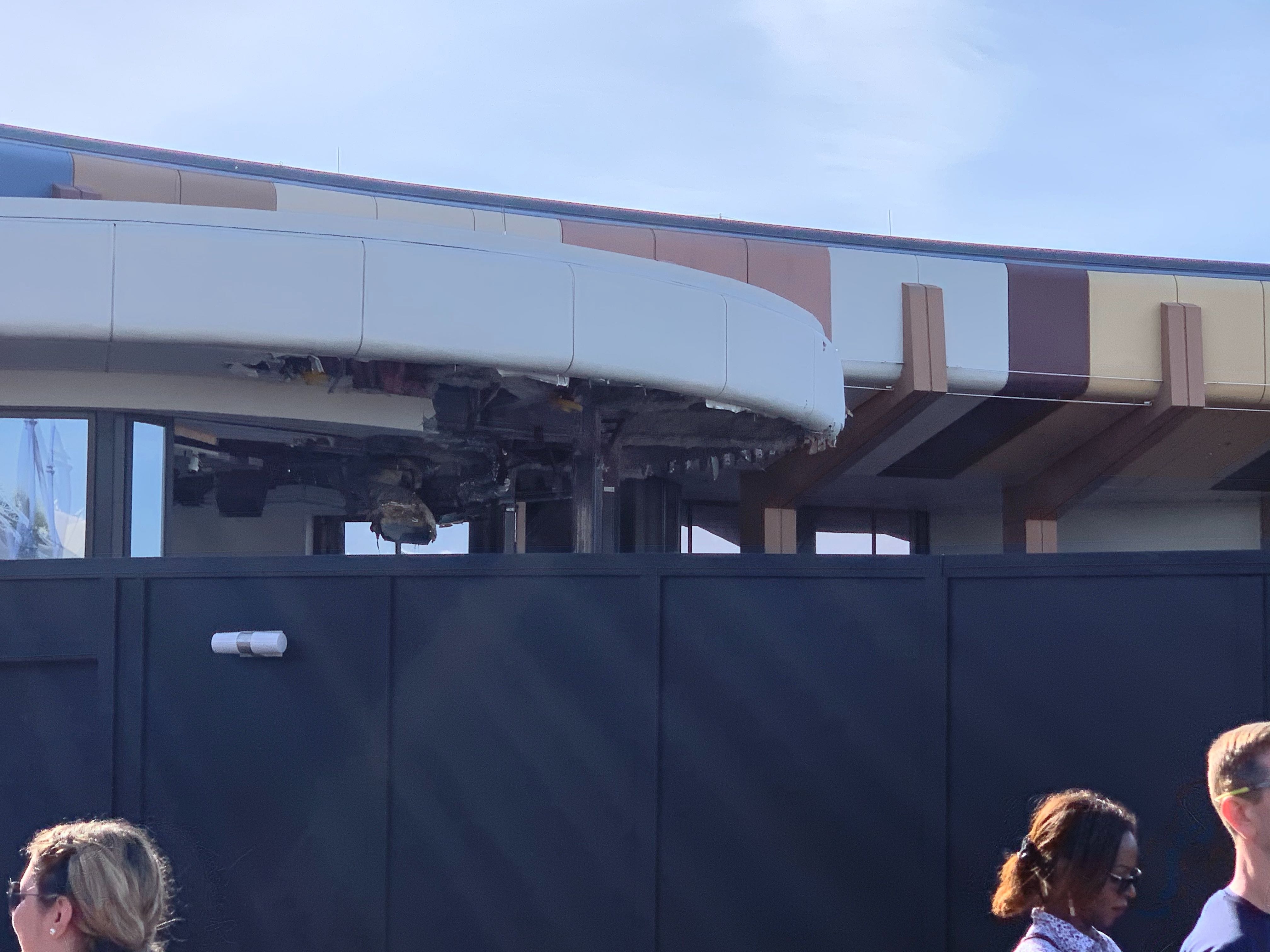 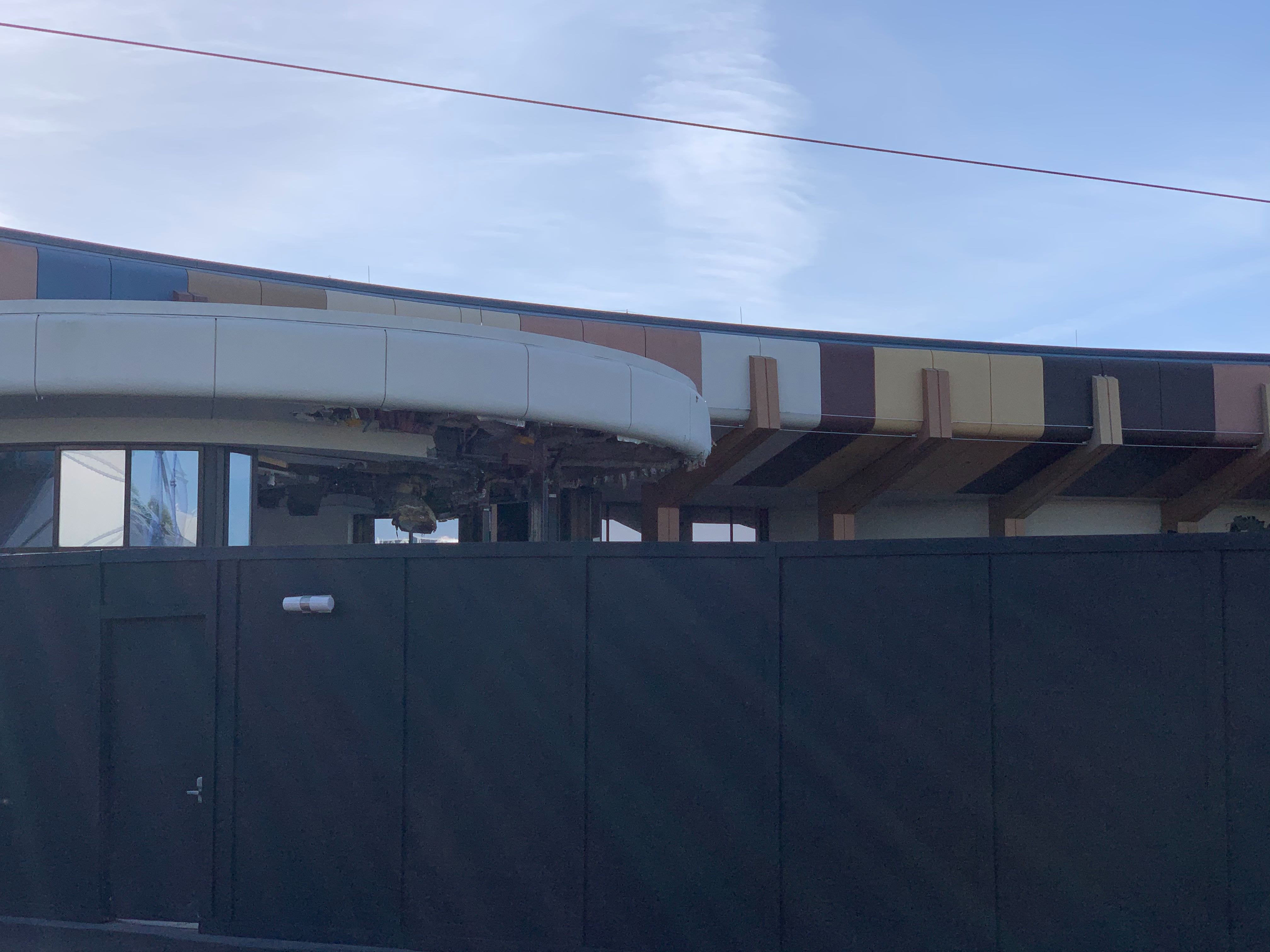 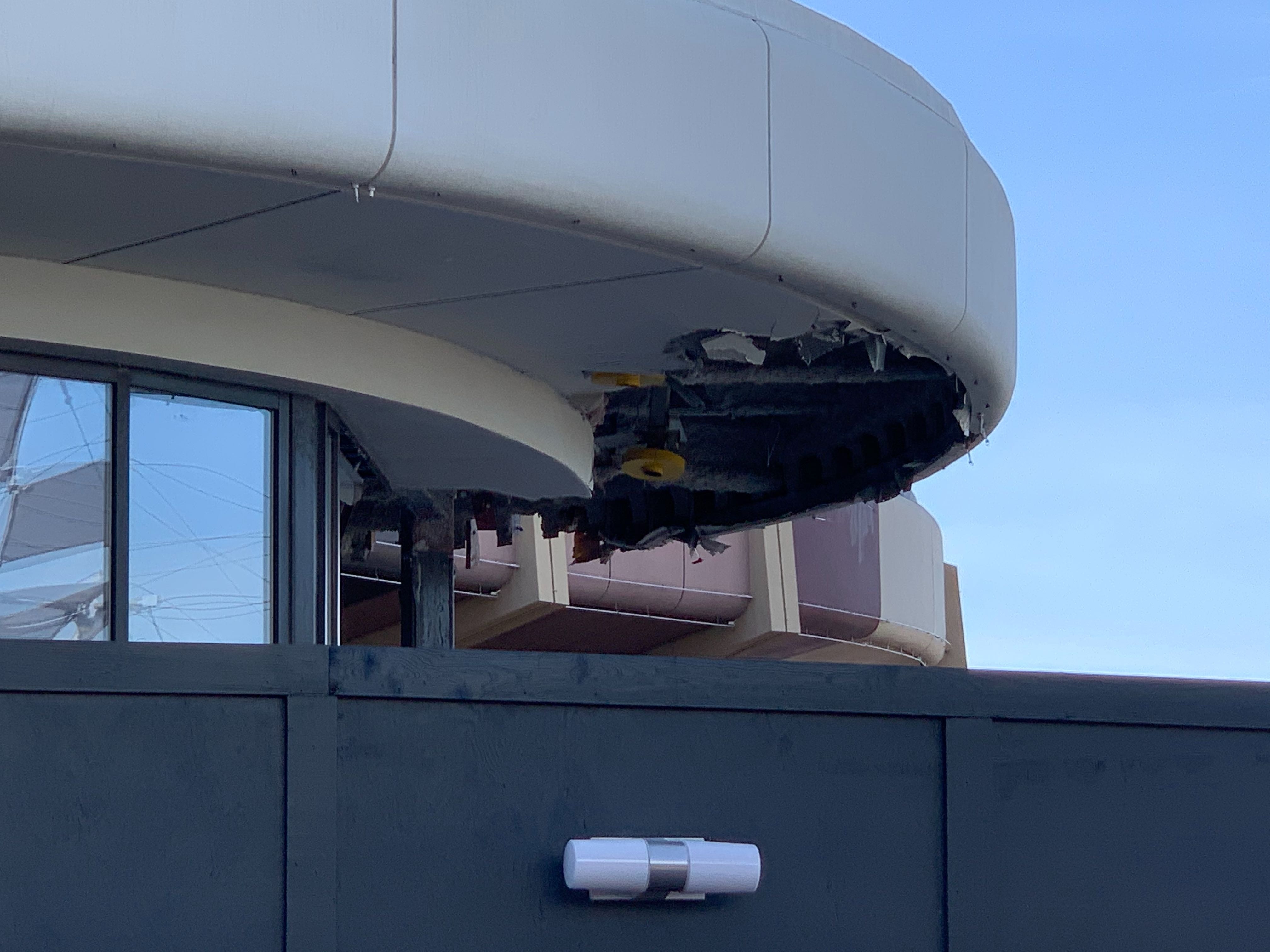 We’ve seen concept art for the new MouseGear location, so we expect some big changes to take place in this area. Be sure to keep following for more updates on this and even more construction around EPCOT and the rest of Walt Disney World.