Today, we say goodbye to an EPCOT institution as we know it. MouseGear — EPCOT’s flagships store — closes tonight for a major remodeling. MouseGear will be moving across the breezeway at Innoventions East starting tomorrow (January 5) and will reopen at its original location by 2022.

WDW News Today could not pass up the opportunity to document a piece of Disney retail history. So, we’ve taken a few photos that we hope will take you down memory lane.

MouseGear opened in 1999––just in time for the new millennium––while former Walt Disney Company CEO Michael Eisner still had a grip on the parks. The store had replaced the two-story Centorium store, keeping a few of the remaining details from the original location like certain ceiling accents and even the elevator. The last time that MouseGear was remodeled was in 2011, with the addition of new signage, fixtures, and registers. While that remodel was done in stages, the store will be fully updated as part of EPCOT’s new look. 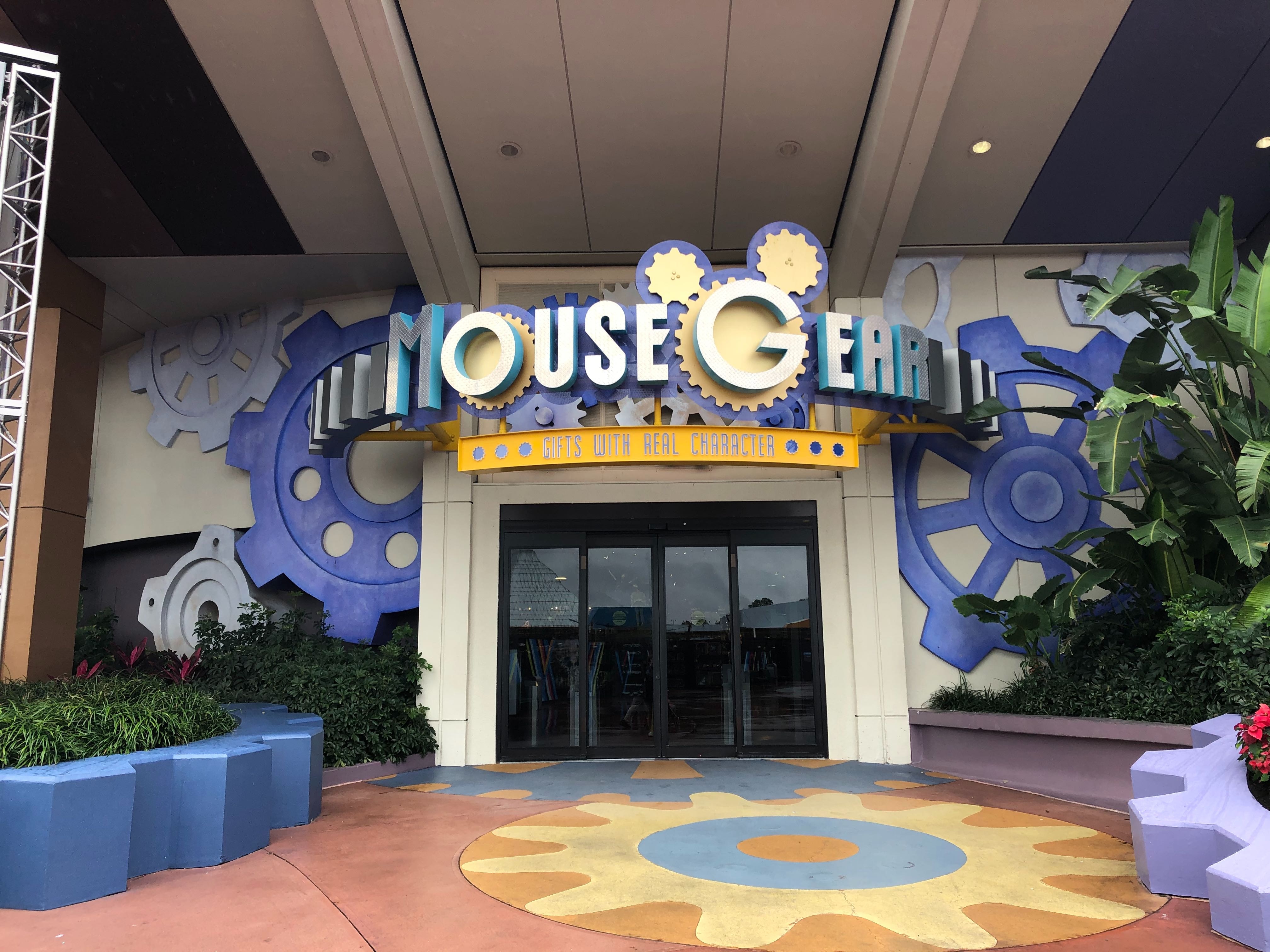 By taking a glance at the exterior, you can already guess it was built in the ’90s.

Disney Imagineers did their best to modernize the store over the years, but the gears and neon were definitive of the space.

With so many themes across EPCOT, MouseGear did a nice job letting guests know what to expect when entering the store.

Classic Disney characters, like Goofy and Donald Duck appear in the outdoor decor, right in line with the shop’s slogan of “Gifts with Real Character.” The industrial theming on the characters are a nice detail.

Imagineers really dug the “gear” theming, right down to the planters outside.

The secondary entrance on the path to Test Track placed you in the ideal area to find gifts for friends back home. Let’s go inside!

Ah, MouseGear. Many a tantrum over stuffed Disney characters and Sleepy Figment plush has been thrown here. I have personally wept a figurative tear in the store as I watched the cash register add up the cost of my EPCOT haul.

This entryway was often home to seasonal merchandise, as seen here for holiday 2019.

Walls of featured merchandise sit inside displays reminiscent of an Erector Set. 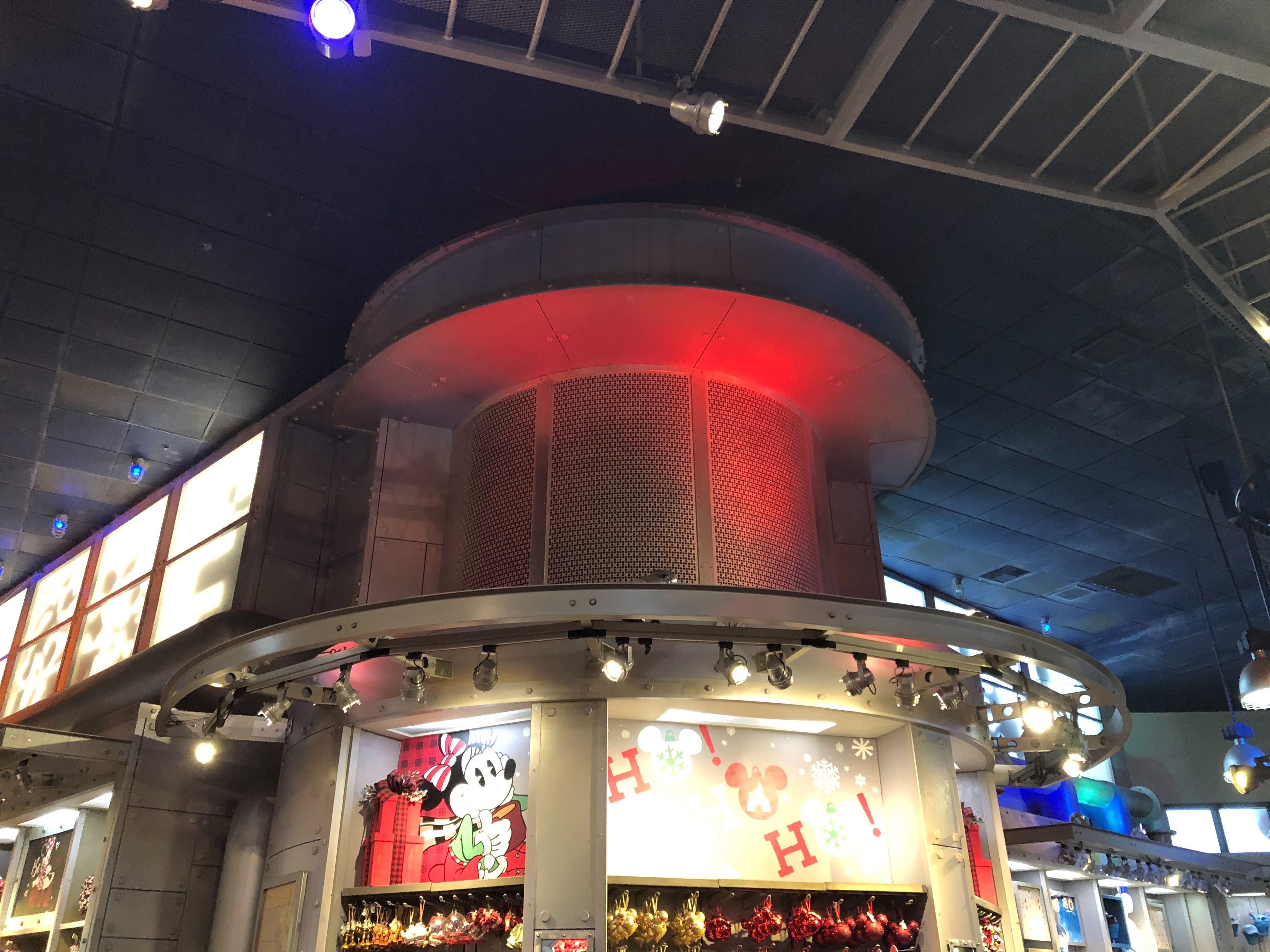 You can still see where the second-floor elevator of the old Centorium was.

We hope the new MouseGear will still have a place for us to print pressed pennies, seen here tucked away in what’s made to look like backstage machinery.

More gears decorated the walls on displays and above merchandise. For years, these have remained stagnant as fewer Cast Members turned on the themed elements, or some fell into disrepair.

But what most people will remember about MouseGear is its ode to the old Dreamfinder ship, an original from the 1983 Journey Into Imagination. The ship, albeit slightly altered, was moved into the store in 1999 when the attraction was transformed into the much-maligned, short-lived Journey Into Your Imagination.

Parts of the ship, like Dreamfinder’s chair and the fabric blimp portion of the ship were also removed.

Donald and Friends seem to be up to something! Now, will we ever know what? Backlit silhouettes of the characters at work was a classic motif in Disney stores throughout the ’90s.

MouseGear’s glam corner featured handbags, jewelry and other higher-end items, all with gear-powered versions of characters.

If you started heading out of the park and forgot to pick up something in the World Showcase, MouseGear had you covered.

The section just for the newest Disney apparel and Minnie ears was always my favorite to browse.

The merch lining the checkout area helped the time pass in line. Take a look right above the register area: natural light could peek through the windows. We expect the newly redesigned MouseGear to follow in Centorium’s footsteps with large, open floor-to-ceiling windows letting in a lot of natural light.

The kids’ section was quite a wonderland, with an interesting take on Donald and Goofy above the merchandise.

Mickey overlooked the walls upon walls of children’s clothing, with similar gauge arrows in his eyes.

You can see Mickey’s hand holding a wand right below the ceiling. This prop would complete full circles around the perimeter of this area throughout the day.

Security: it’s important. Even the cloaked anti-theft devices were encased in gear theming.

Little details could be found throughout the store, including a number of fun, mechanical-inspired hidden Mickeys:

A number of other steampunk-style mechanical touches were also embedded in the displays:

The shop’s signage was one of the most unique parts of MouseGear.

We wish we could come again, MouseGear. Farewell, and we’ll see ya real soon!

Concept Art for the New MouseGear

You might be wondering what’s next for the store. Concept art for the remodeled MouseGear was revealed at this year’s D23 Expo. The store is to be slightly downsized, with the circular overhang (pictured at the very beginning of the tour) to be blown out to return to the clean shape of the original CommuniCore/Innoventions structure. Display cases along the store exterior will also be swapped with plain windows to let in additional light. And off to the side, near the entrance by the Future World East breezeway… you might just see the return of a certain beloved refreshment station soon to come.

For a full closing tour of our beloved MouseGear, check out the video below: