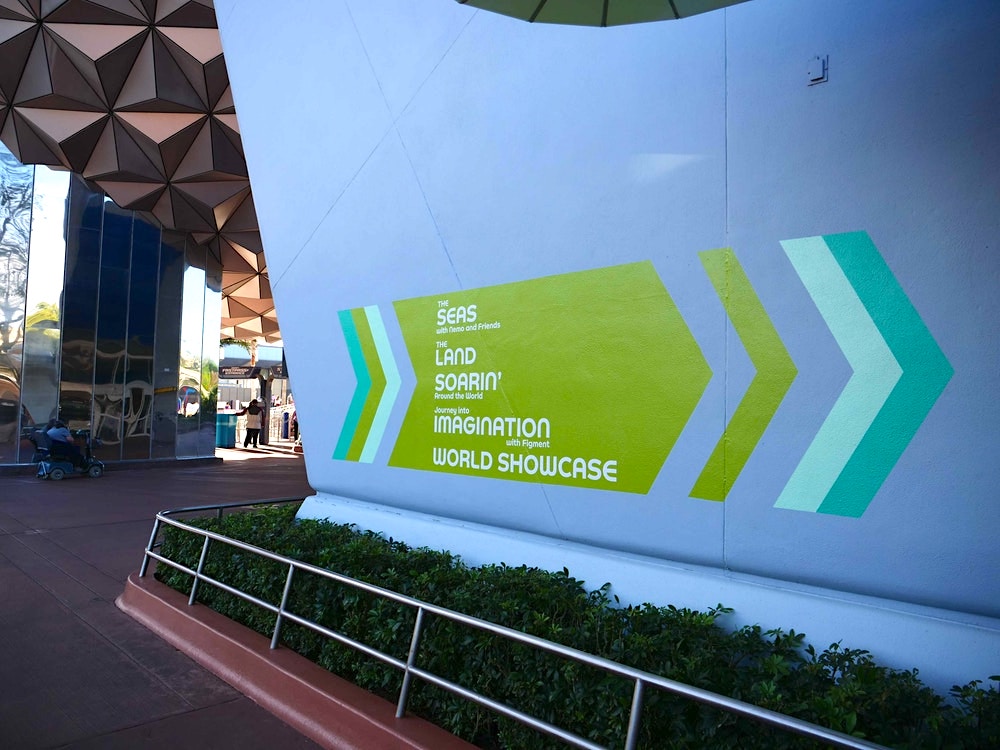 New directional decals and signage was added across the front of EPCOT near Spaceship Earth earlier this month. With the center of the park now totally blocked by construction walls and a new pathway to navigate, the new signs were added to help direct guests around the maze of EPCOT.

This morning, we saw two new decals were added that help direct guests to Future World West, which includes The Seas, The Land, Soarin’, and more. 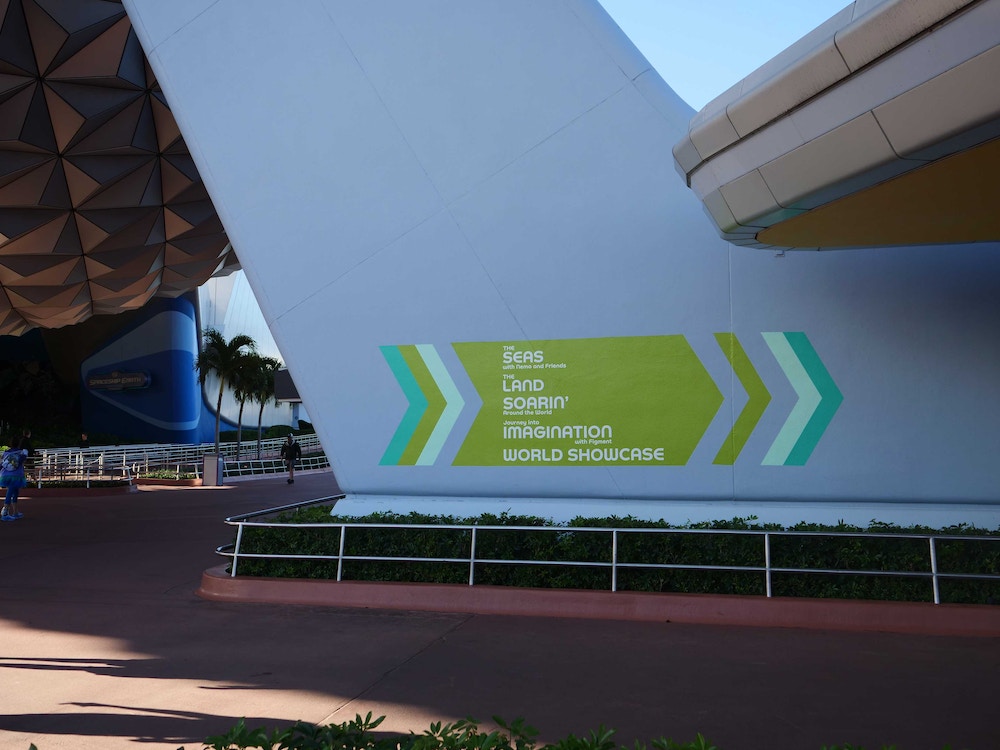 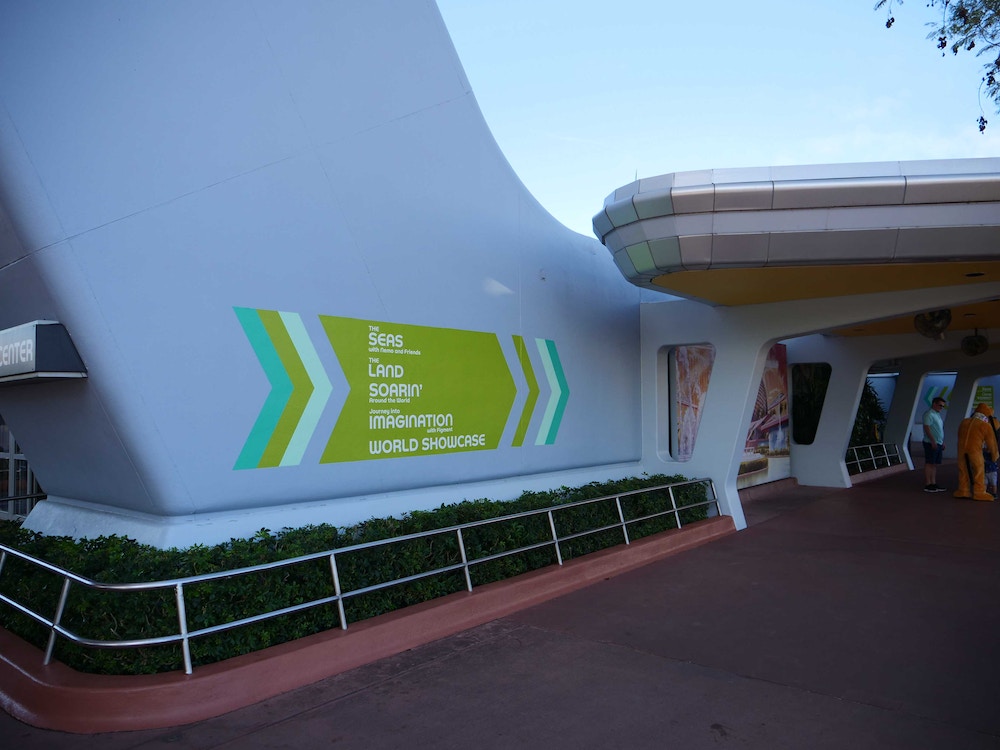 At the Camera Center, this large green decal was added that shows guests how to enter Future World West. This is similar to the red decal already added to the left side of Spaceship Earth. 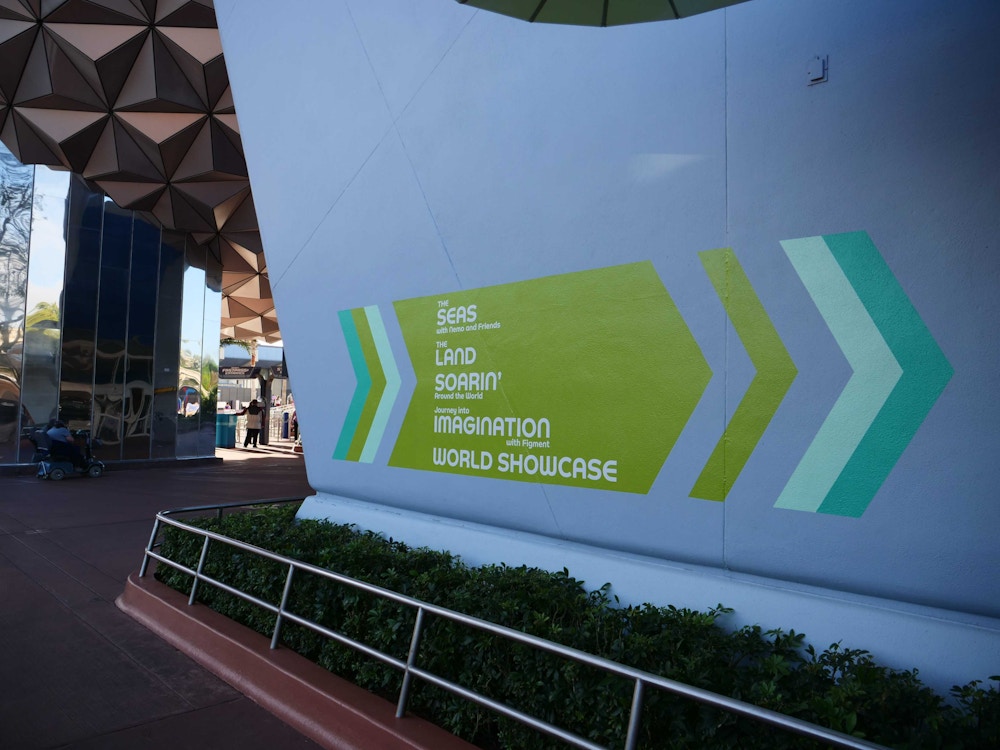 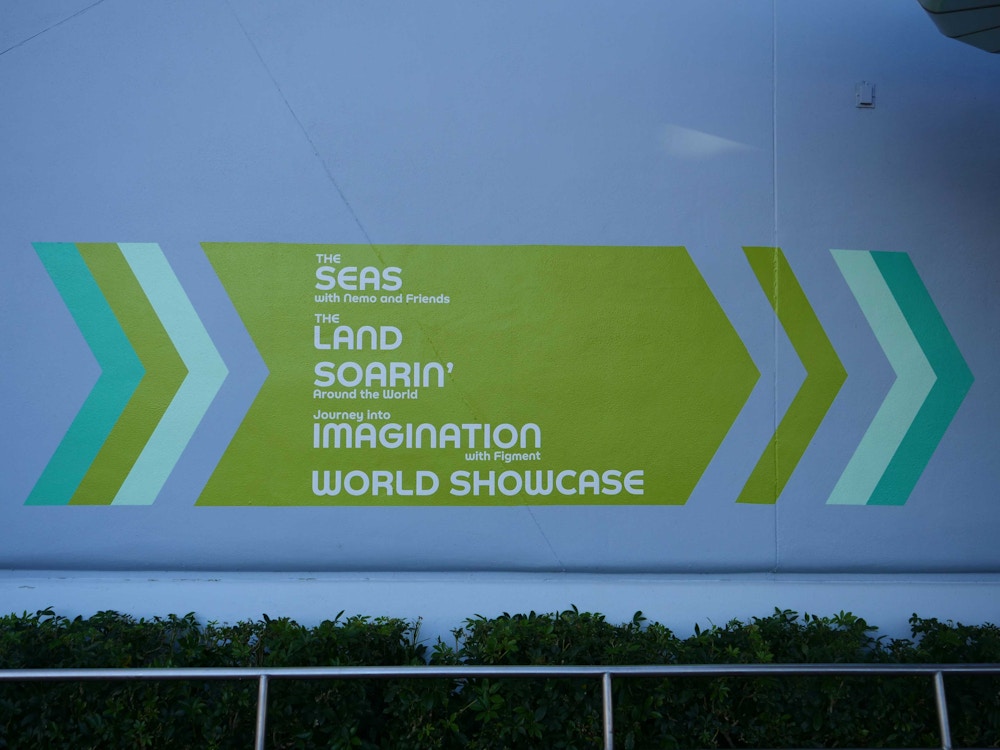 The sign calls out key attractions, such as Soarin’ Around the World. 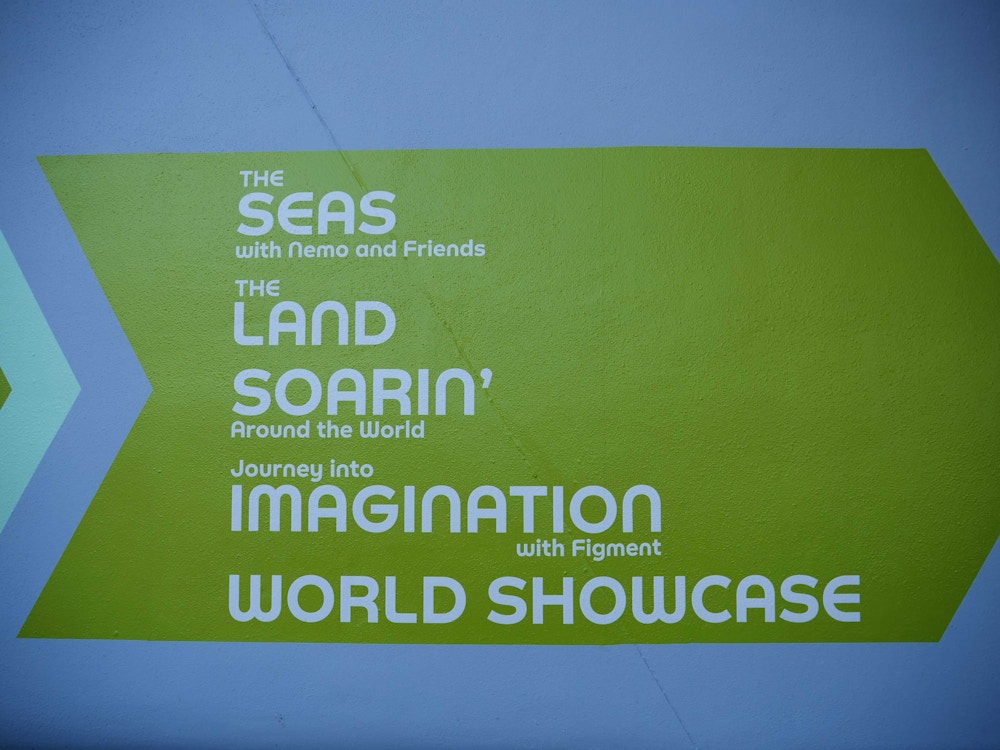 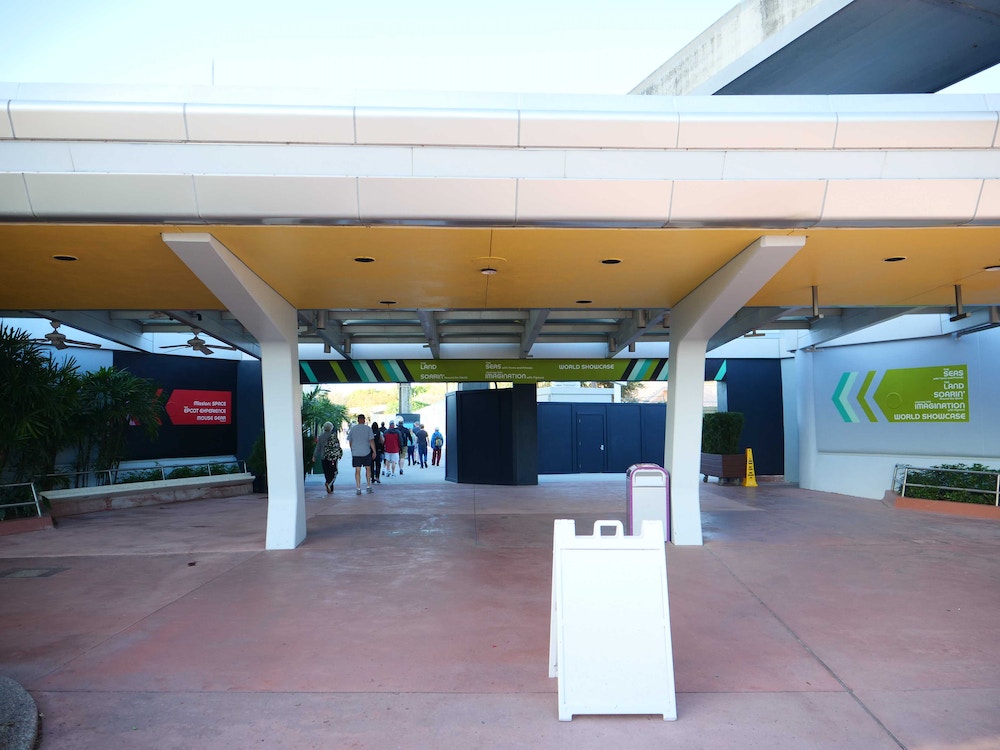 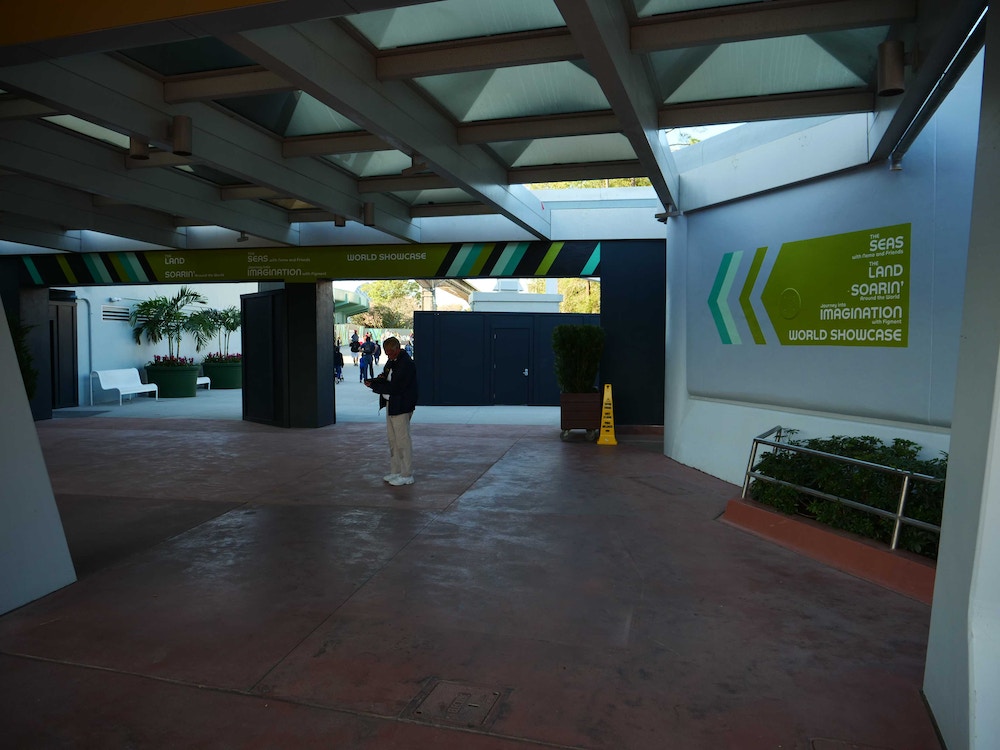 Further down by the entrance of the walkway, a similar green decal has been added to the area just before the Future World West bypass. 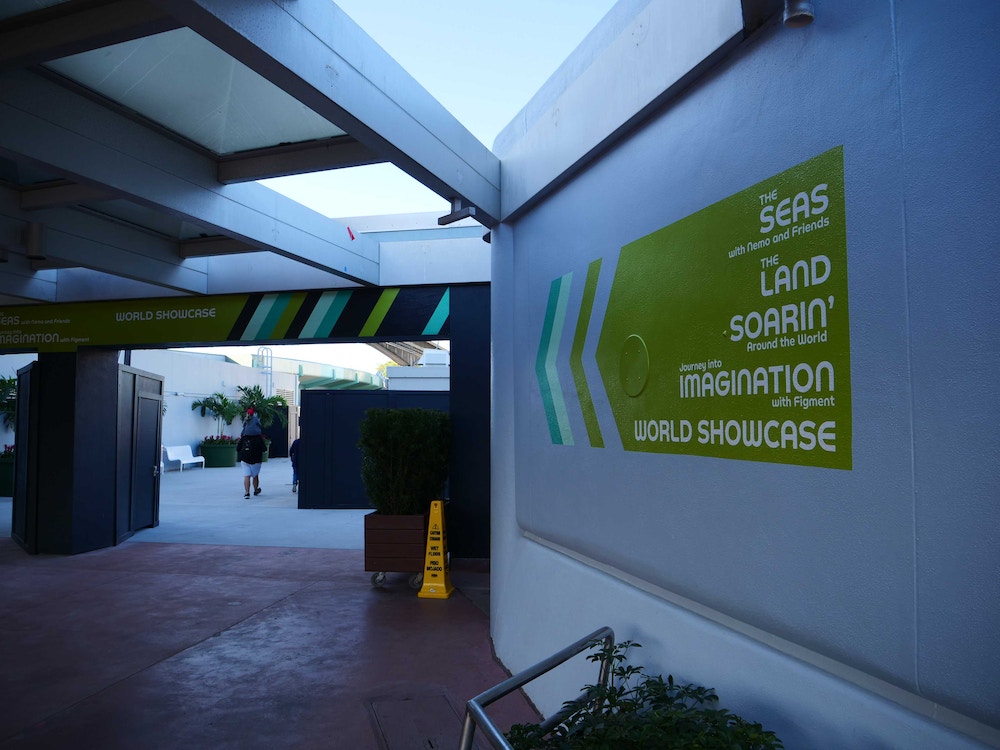 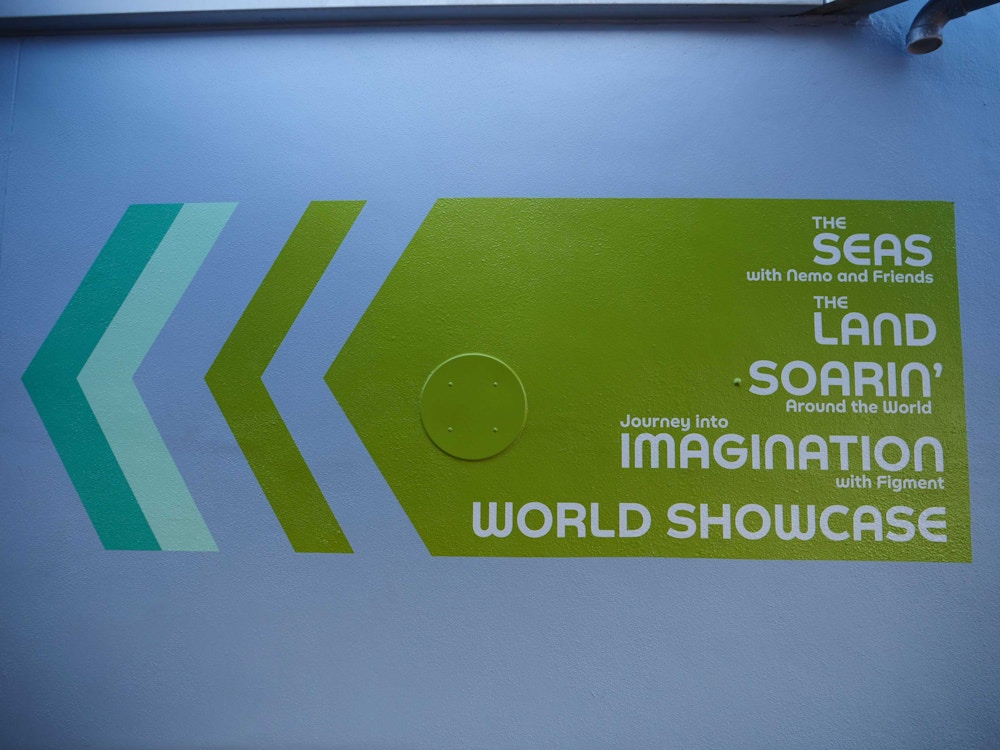 From here, you will traverse through the bypass and see further signage directing you to key attractions you can access this way.

Do the new decals help you understand the EPCOT maze? In the comments, let us know what you think about all the construction.