EPCOT took another major step toward the development of the World Celebration neighborhood today, an area where guests will eventually experience beautiful natural environments and global design elements filled with Disney magic and surprises. But for now, World Celebration is just a big construction site still known as Future World.

We entered the park today to see construction walls now blocking the perimeter of Future World’s central plaza. Before we share all the photos with you, let’s review this handy graphic. 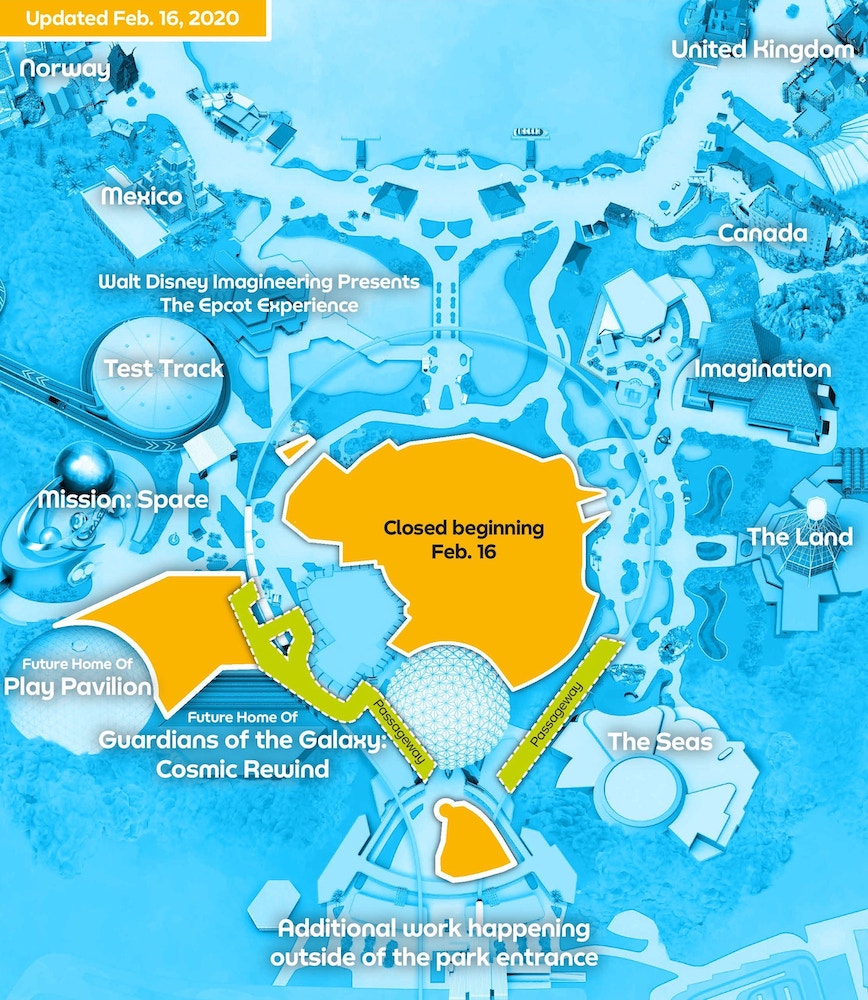 The big orange area in the center of the graphic is what’s now lined with construction walls; it is totally inaccessible to guests. Also today, the new passageway just to the left of Spaceship Earth will open to guests at rope drop. 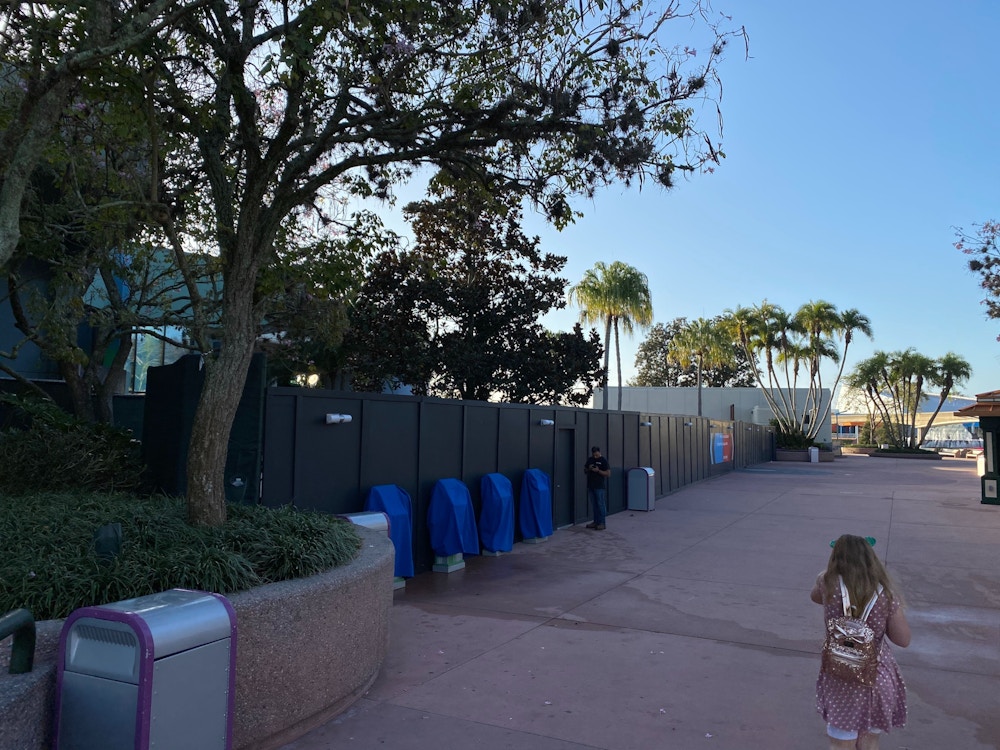 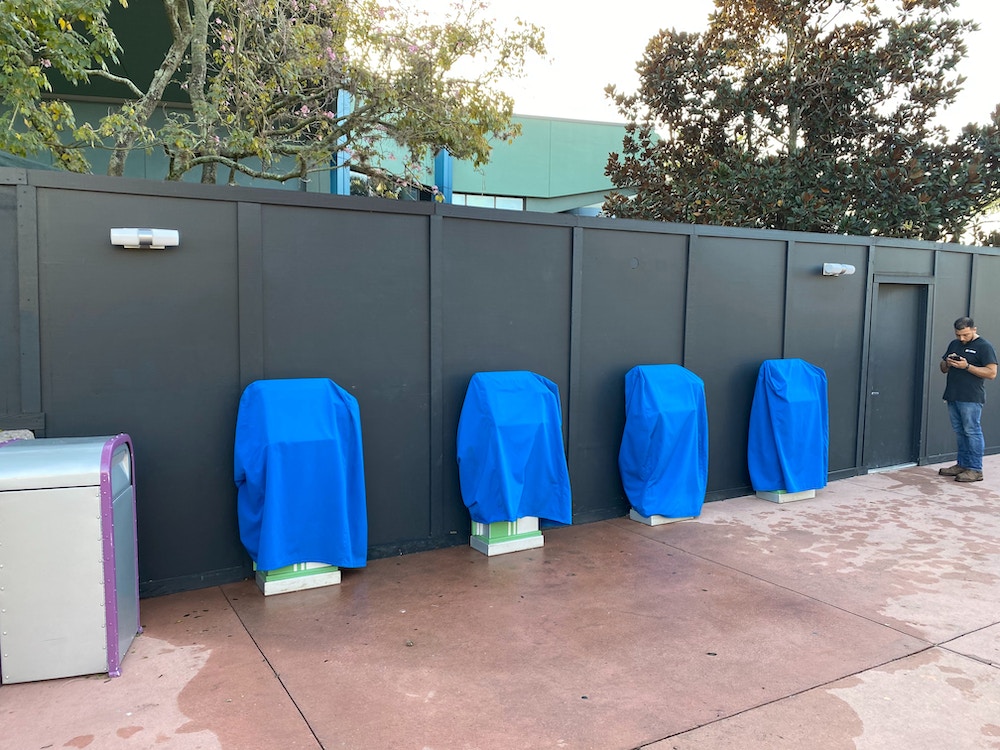 The walls wrap all along the center of Future World, capping off each breezeway. Guest now have to choose whether they enter via the West or East bypass walkways. Here, we see some new FastPass+ kiosks lining these walls running along Future World West, near the Imagination! pavilion. 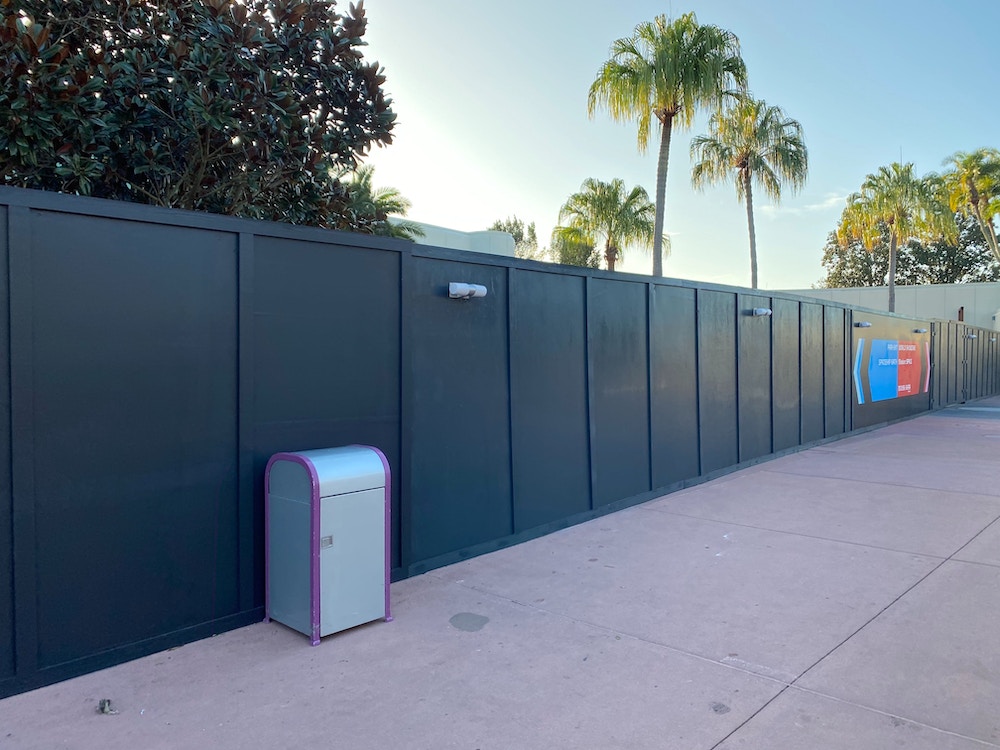 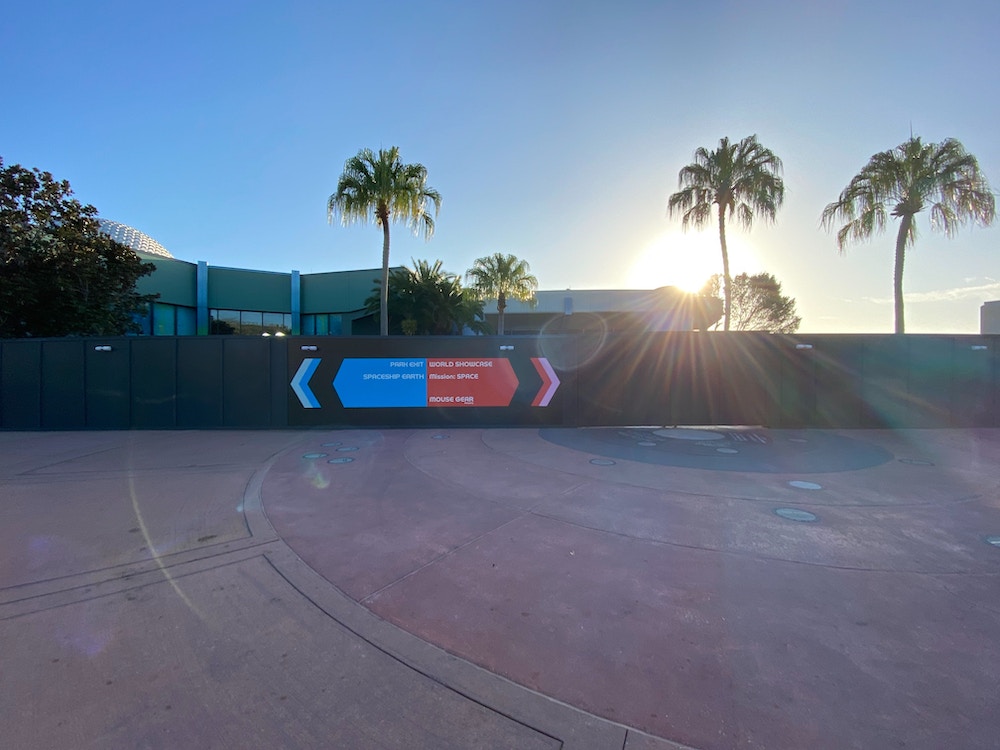 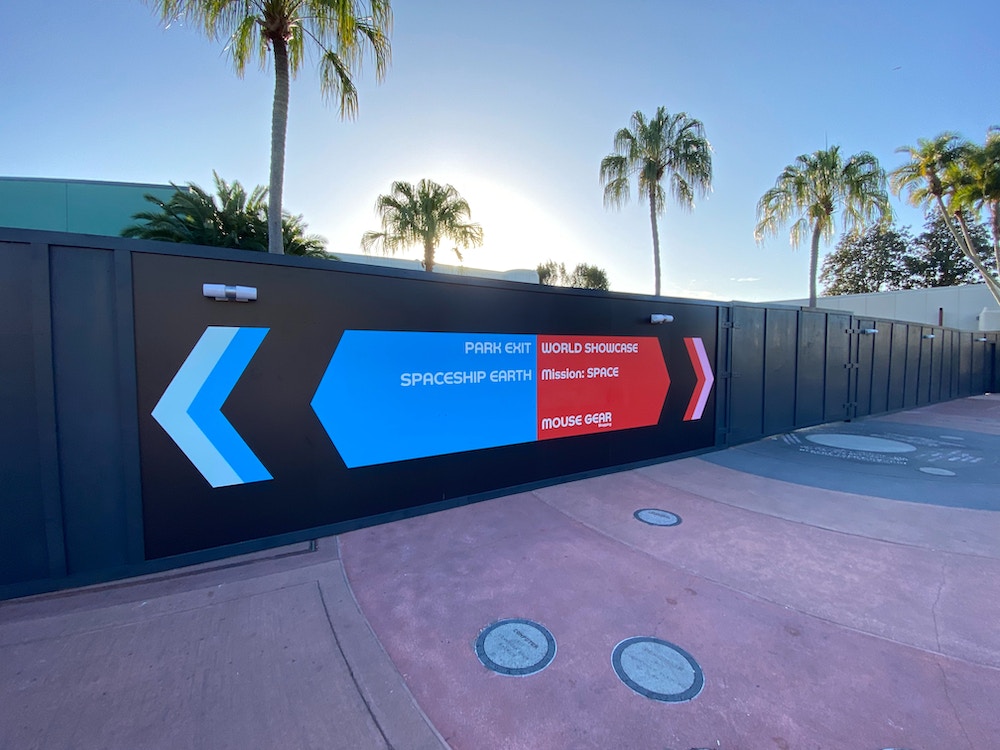 Further signs are out leading guests either to the exit and Spaceship Earth, or Future World East and World Showcase. 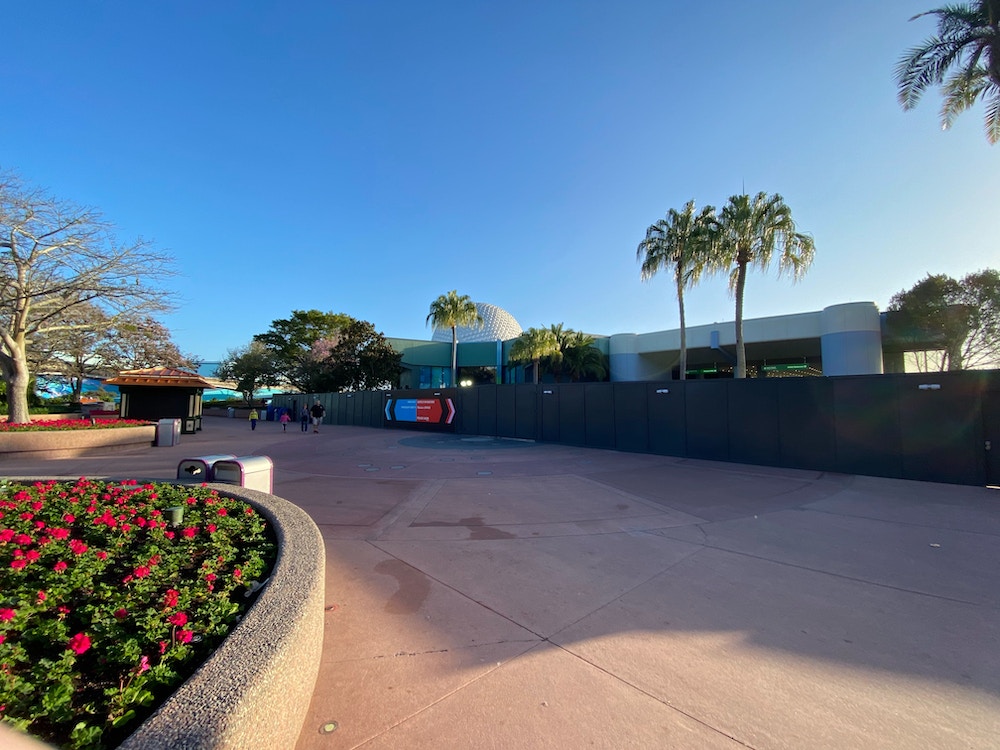 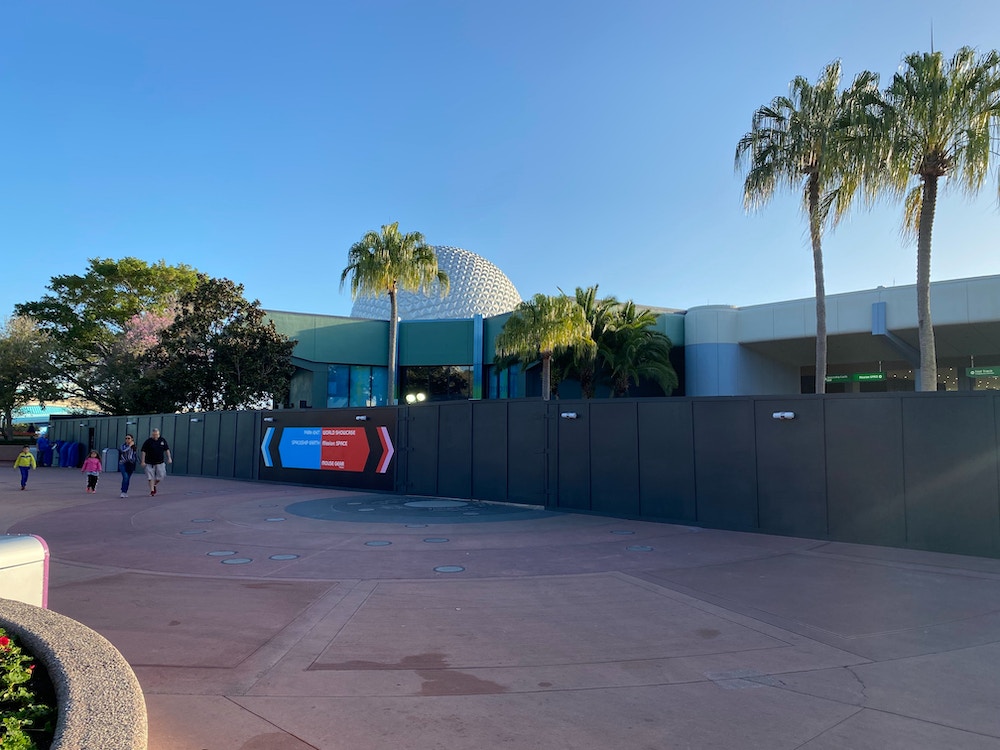 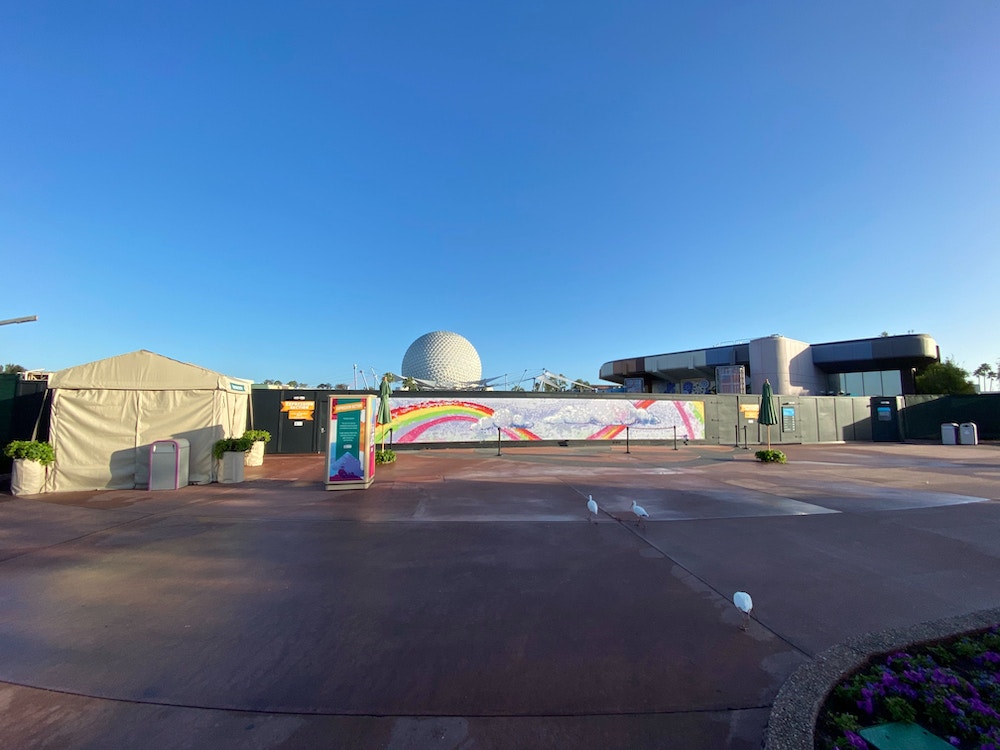 Going around the West bypass, you’d still have access to this Expression Section… 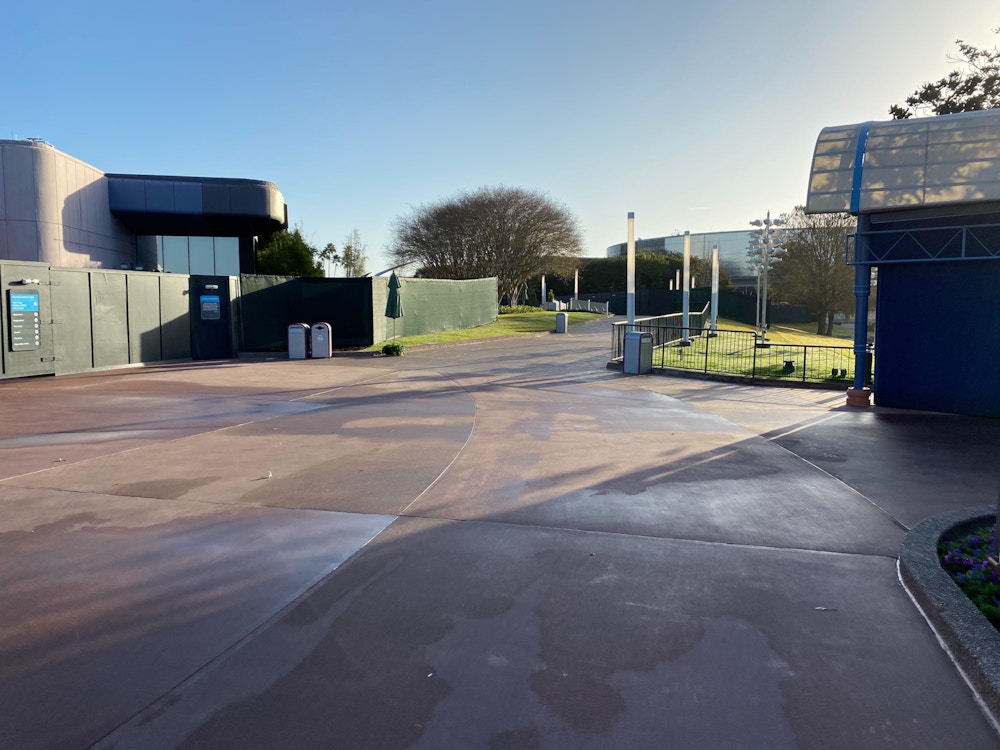 … and over to the East walkway bypass. 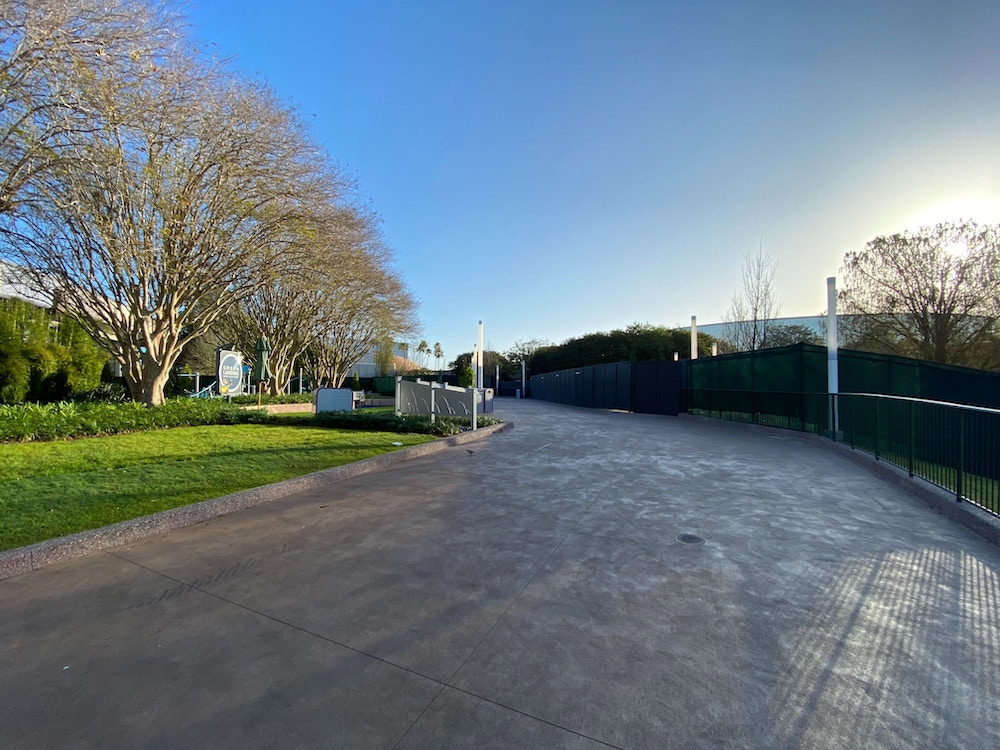 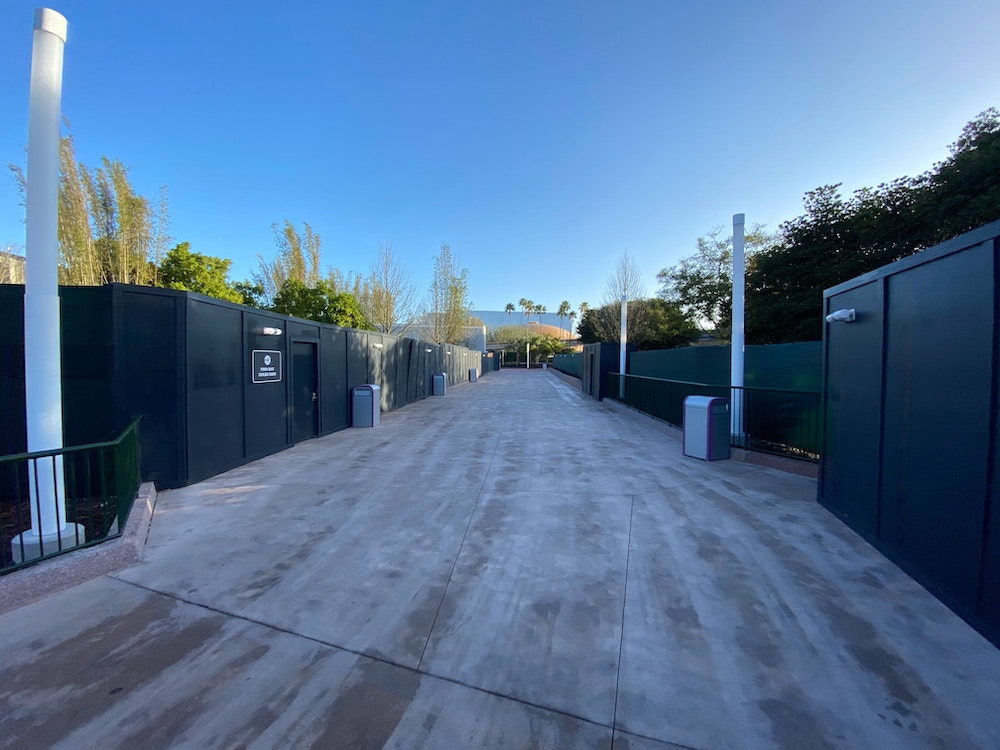 This walkway will eventually meet link to the one that runs along the Guardians of the Galaxy: Cosmic Rewind building. 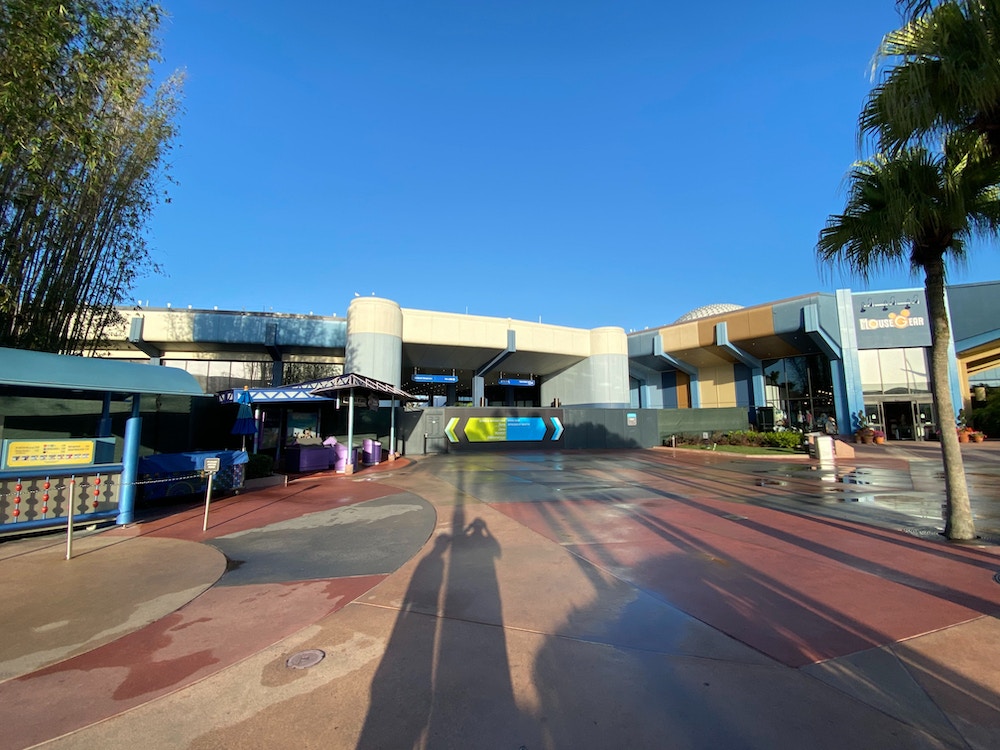 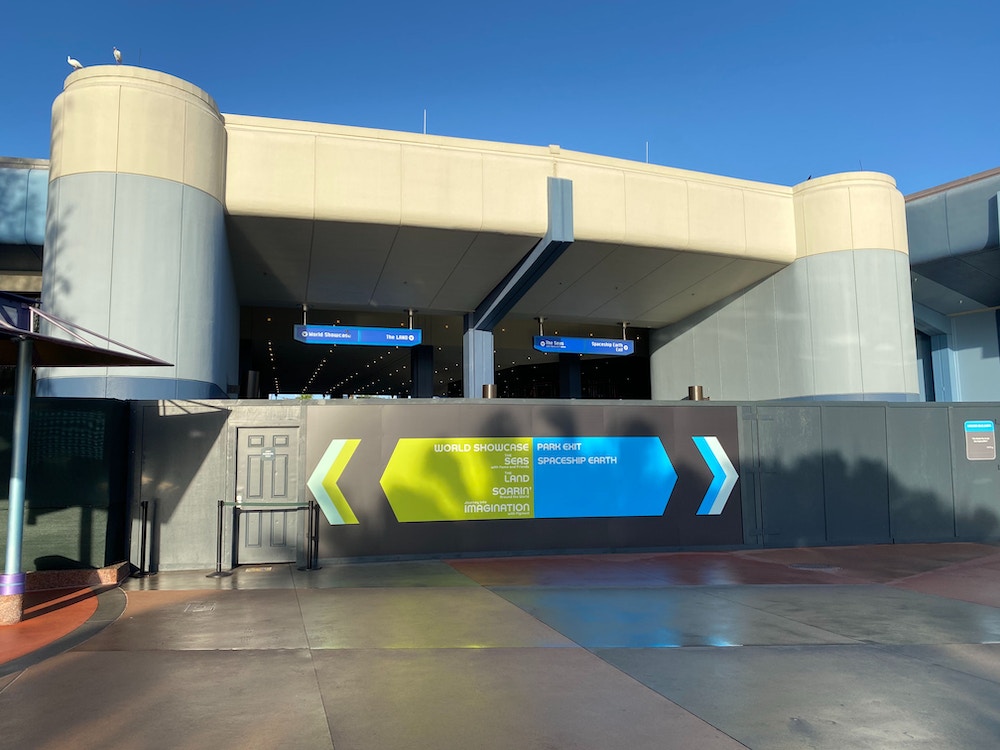 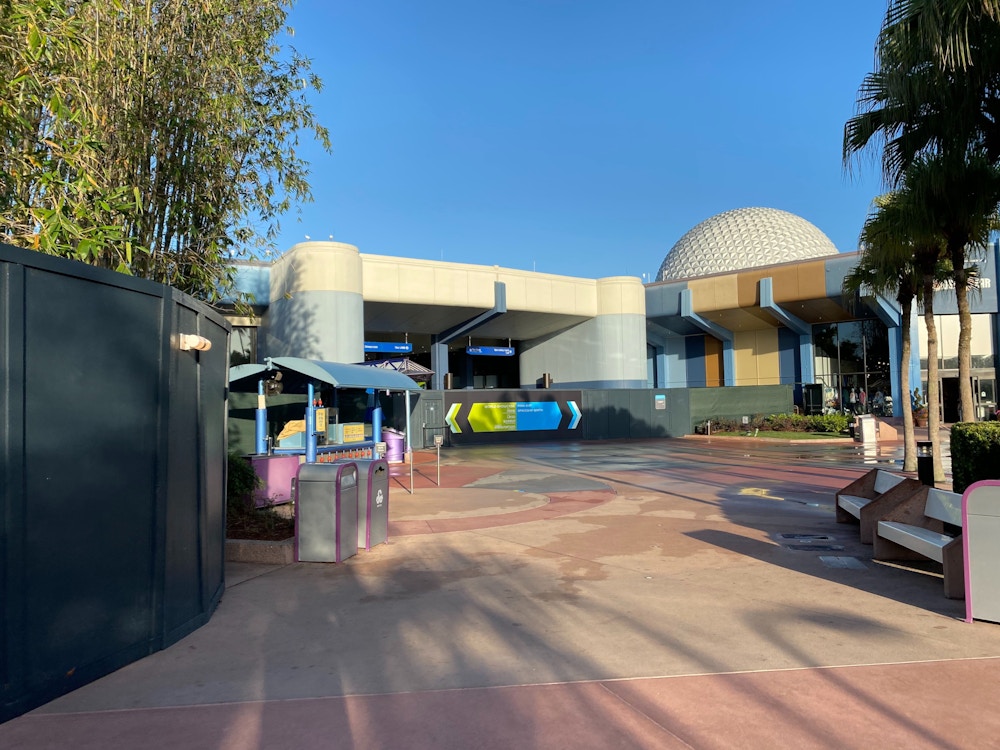 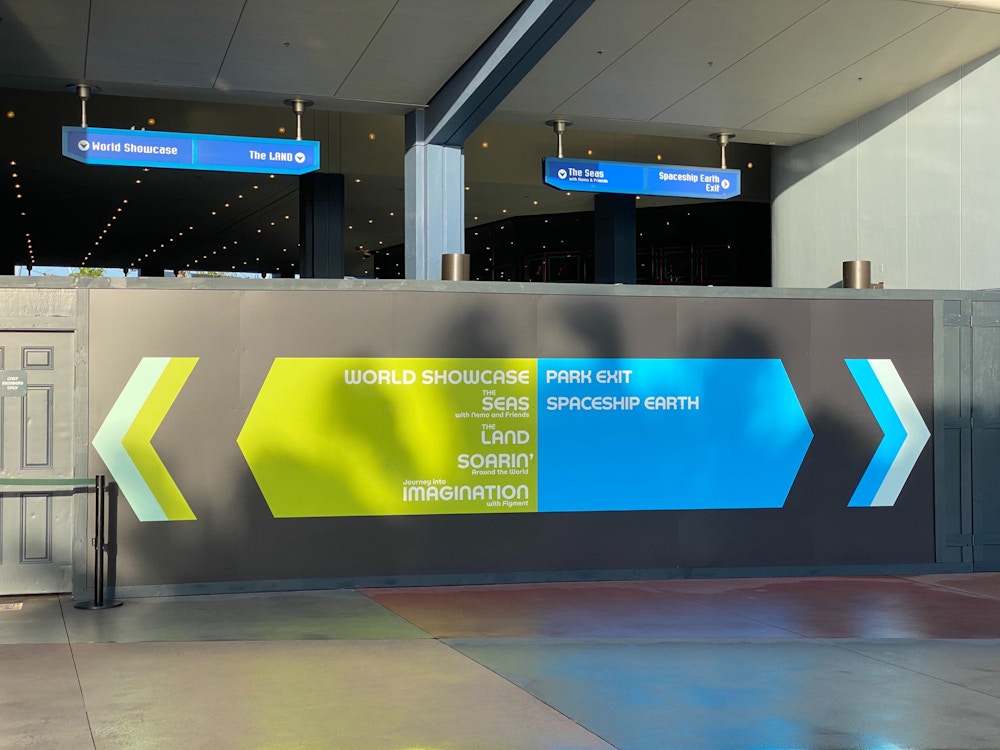 As we reported yesterday, new signage is already up that directs guests how to now access Future World East and Future World West.

With construction walls up, here’s a sample of the buildings you can no longer access at EPCOT:

Are you optimistic about the upcoming World Celebration neighborhood? Let us know in the comments.