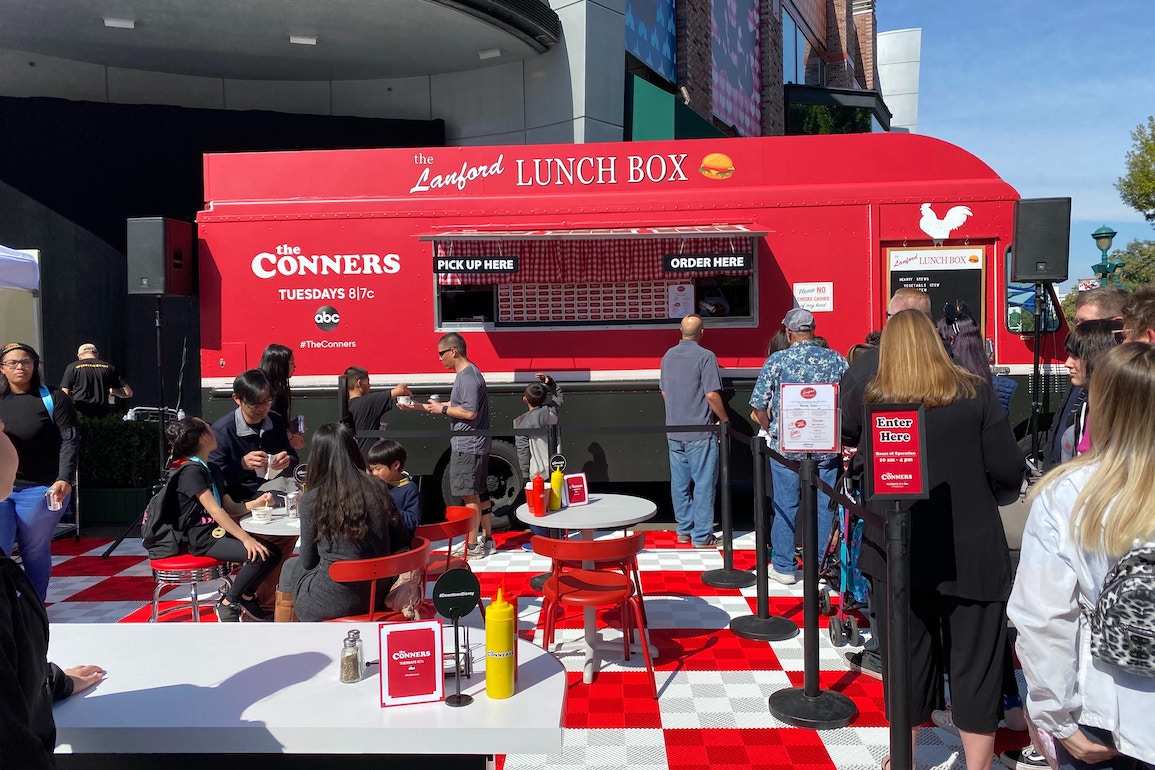 PHOTOS: “The Lanford Lunchbox” Food Truck Pulls Up in Downtown Disney to Promote ABC’s “The Conners”

There’s a wave of excitement in Downtown Disney today, as a bright red food truck has pulled up to promote the popular ABC sitcom “The Conners.” 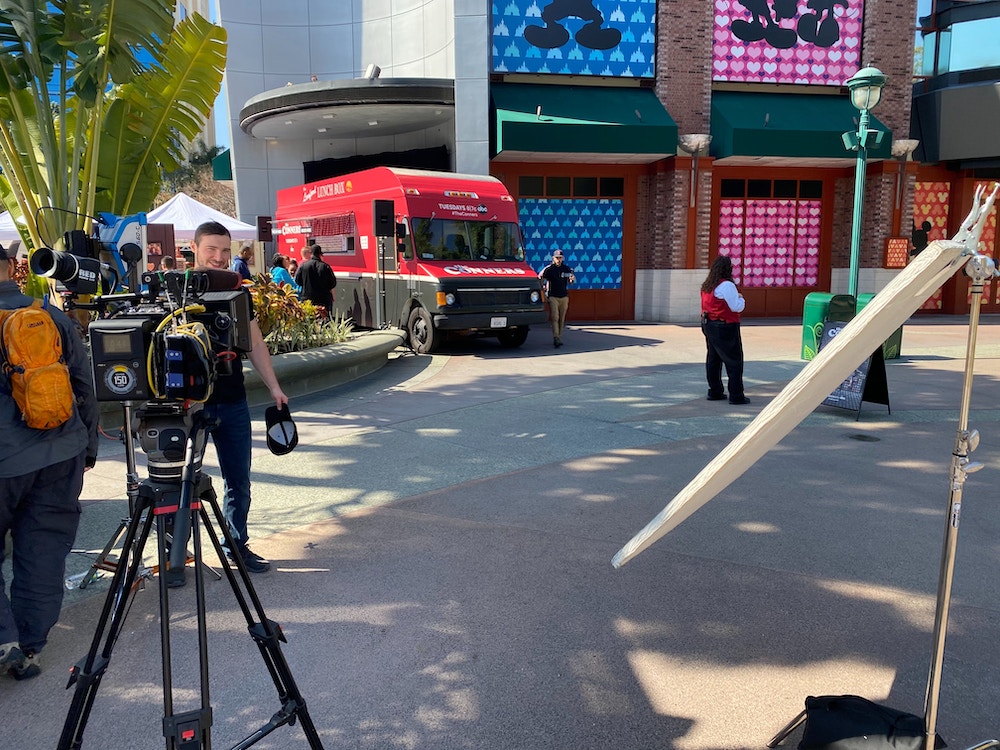 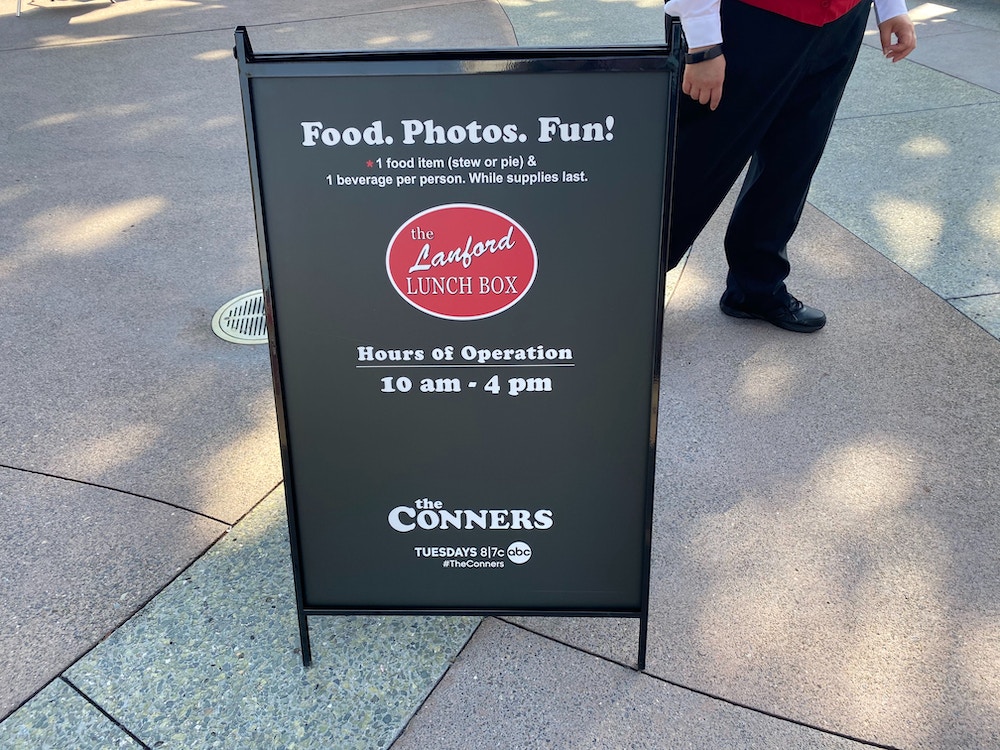 Advertising “food, photos and fun”, the Lanford Lunchbox pulled up into Downtown Disney for the day as a promotional event for the ABC sitcom “The Conners”. Created as a continuation spin-off for the long-running sitcom “Roseanne,” the show stars John Goodman — who also voiced Sulley in Monsters, Inc. 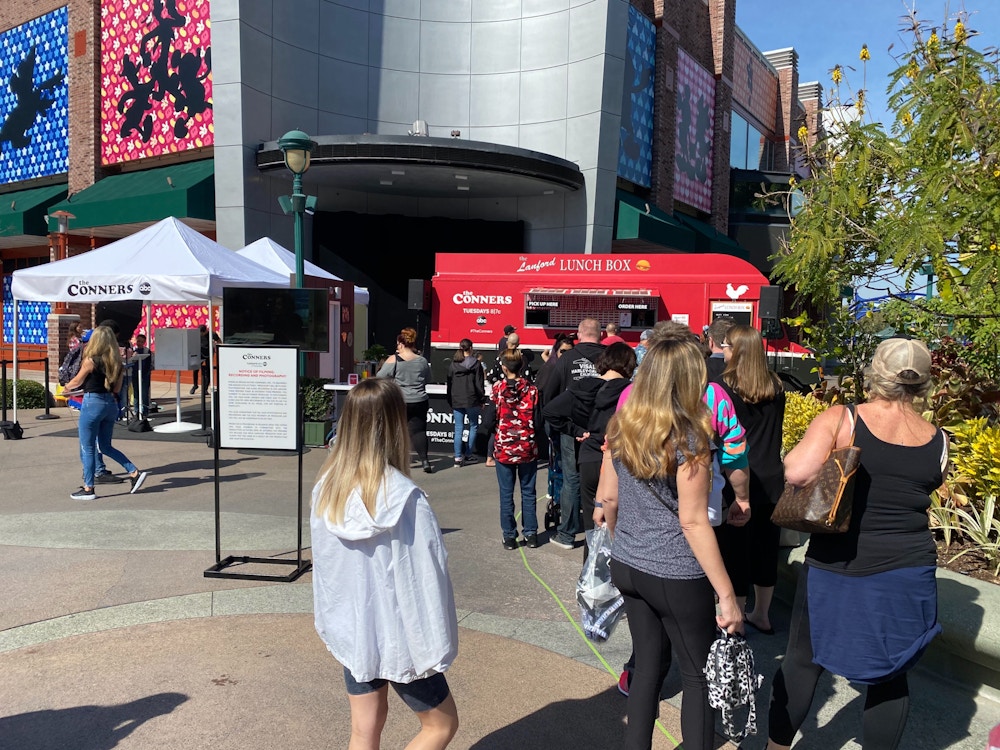 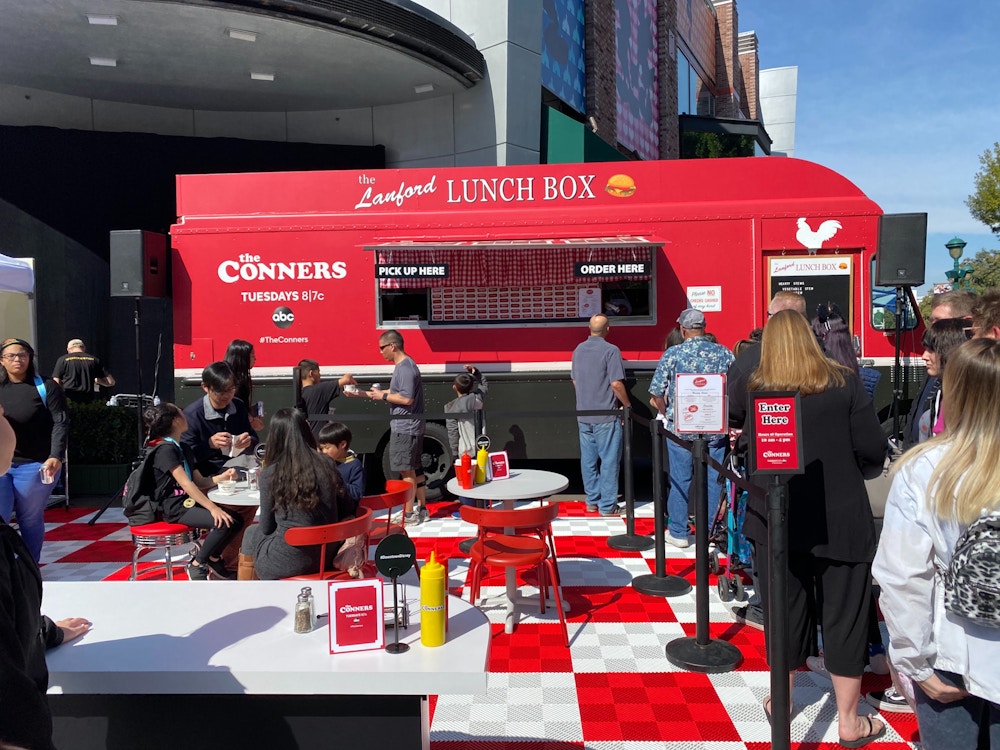 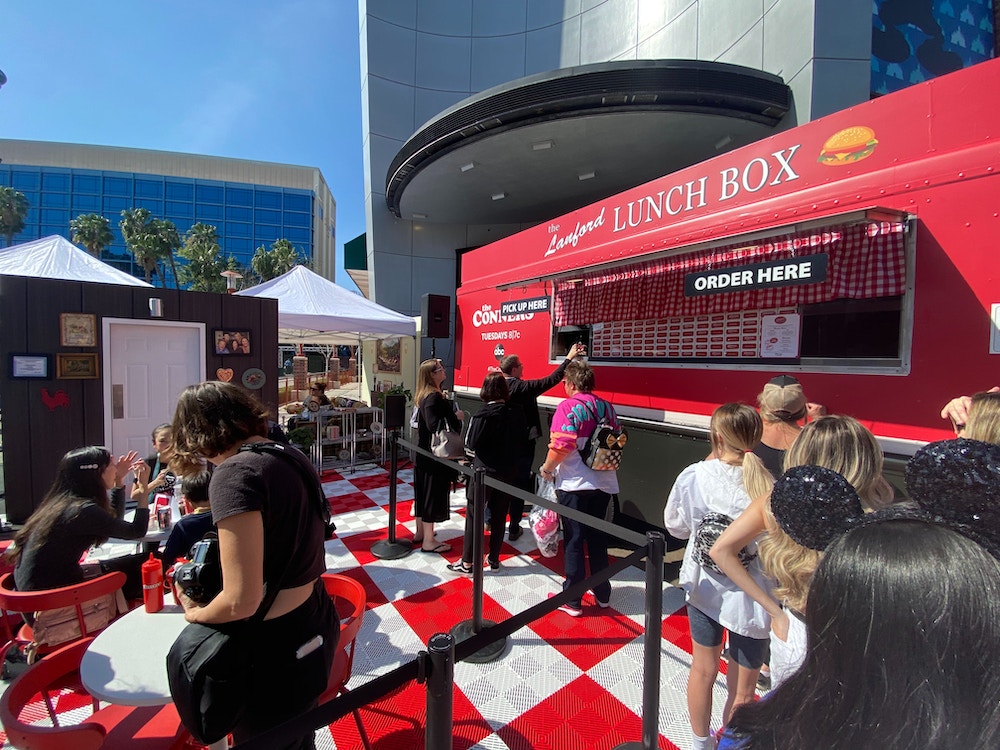 There’s quite a queue, and that’s not a surprise. How often is everyone treated to free food at Disney? Each guest receives a drink and a portion of either stew (vegetable or beef) or a sweet pie (sweet potato, cherry or apple). A fun seating area has also been set up for guests to enjoy their food in the sun. 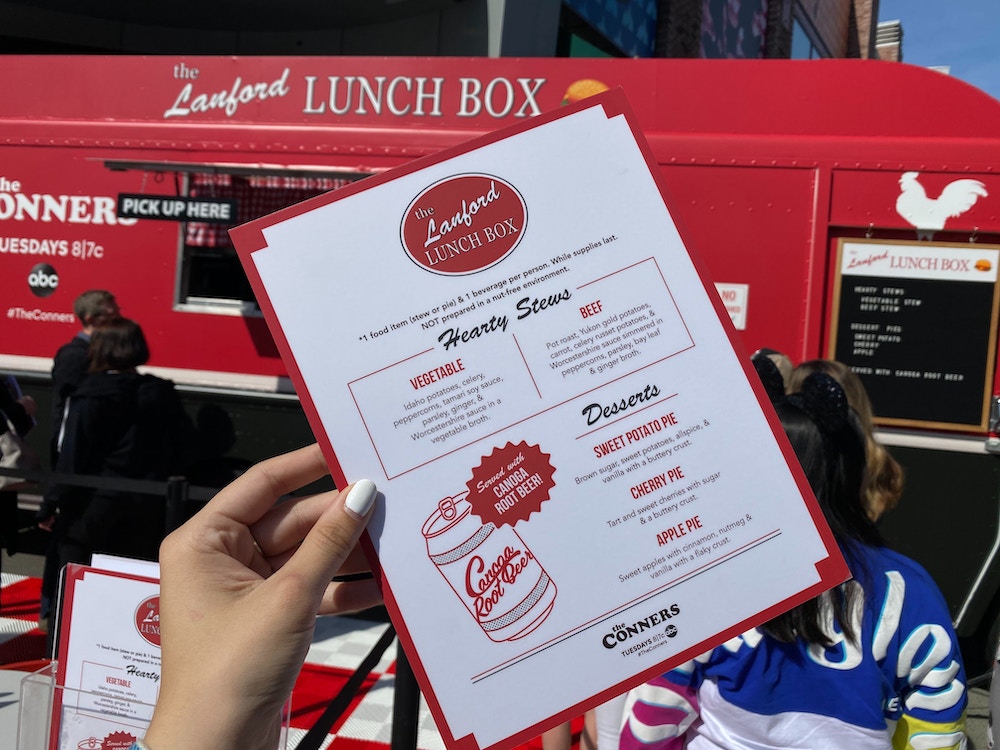 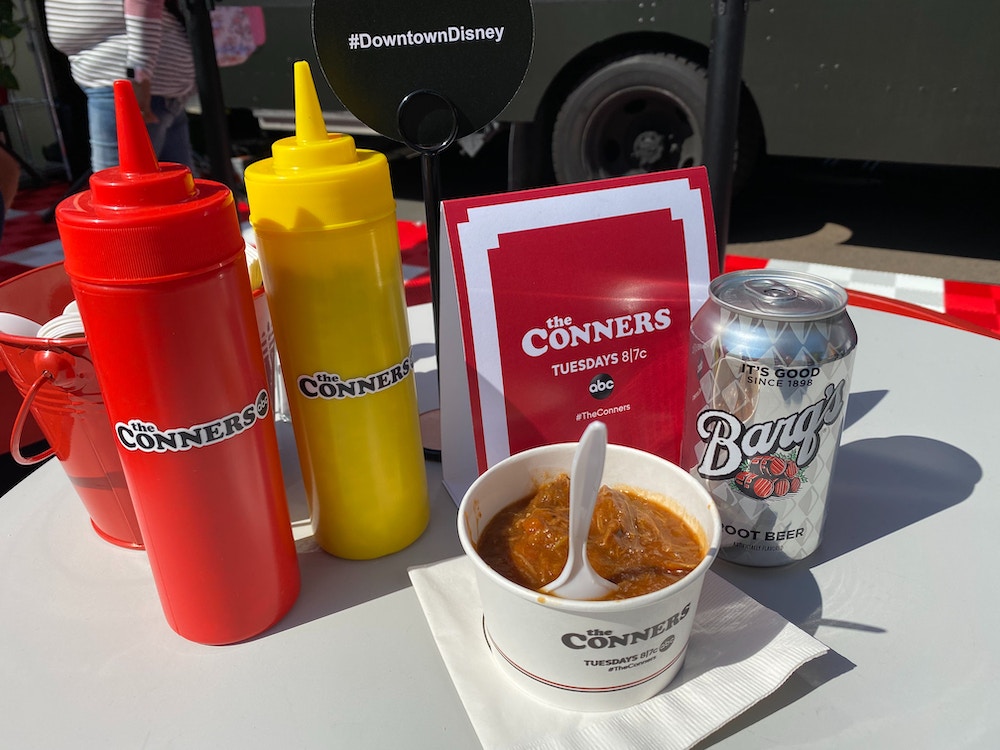 We tried the beef stew, which was warm and hearty. Being a free dish, we didn’t have high expectations. But other than a few slightly underdone carrots, we enjoyed the savory beef, soft potatoes and good consistency. And we even got a root beer to wash it down! 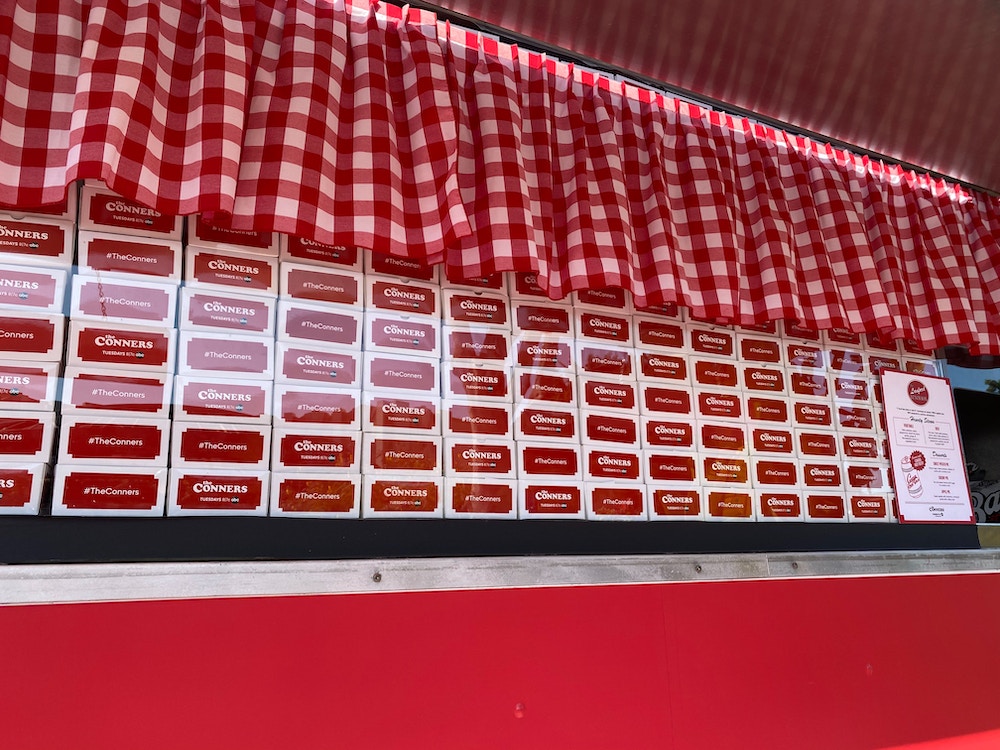 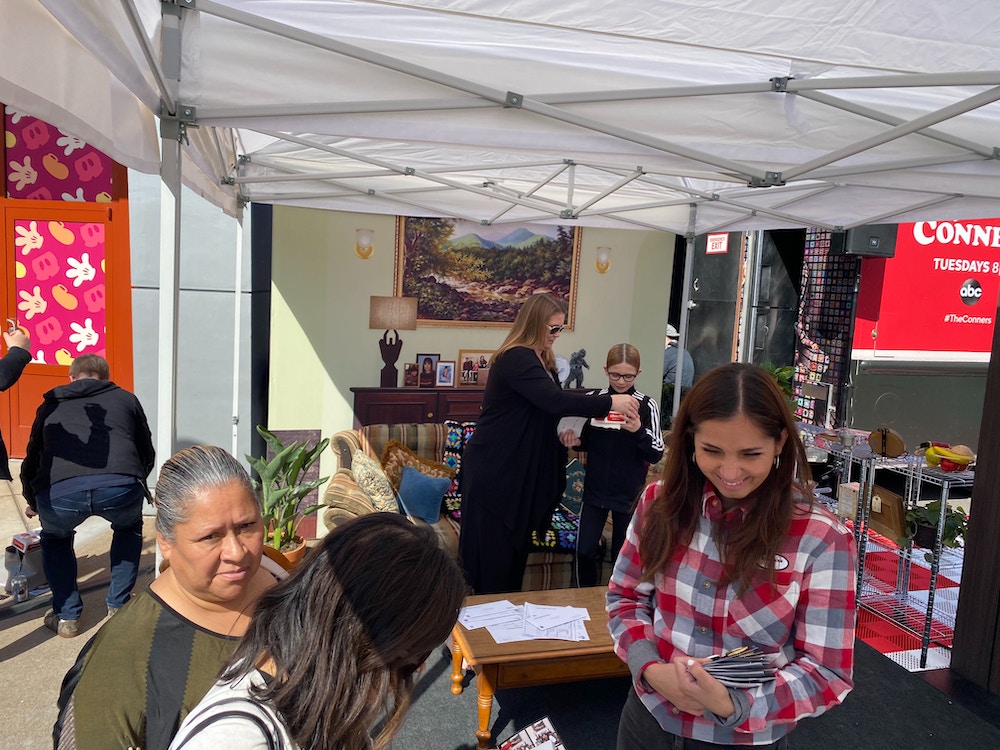 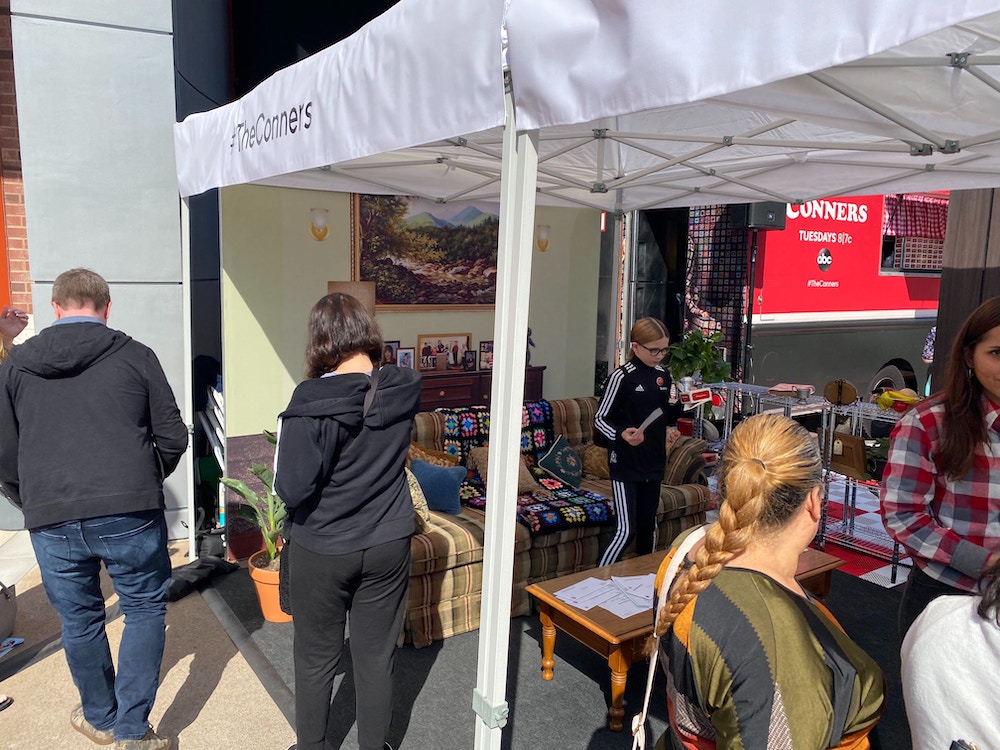 Along with the food, a pop-up set and other photo opportunities have been constructed to allow for fun photoshoots for fans. You can see the Conners’ living room above. 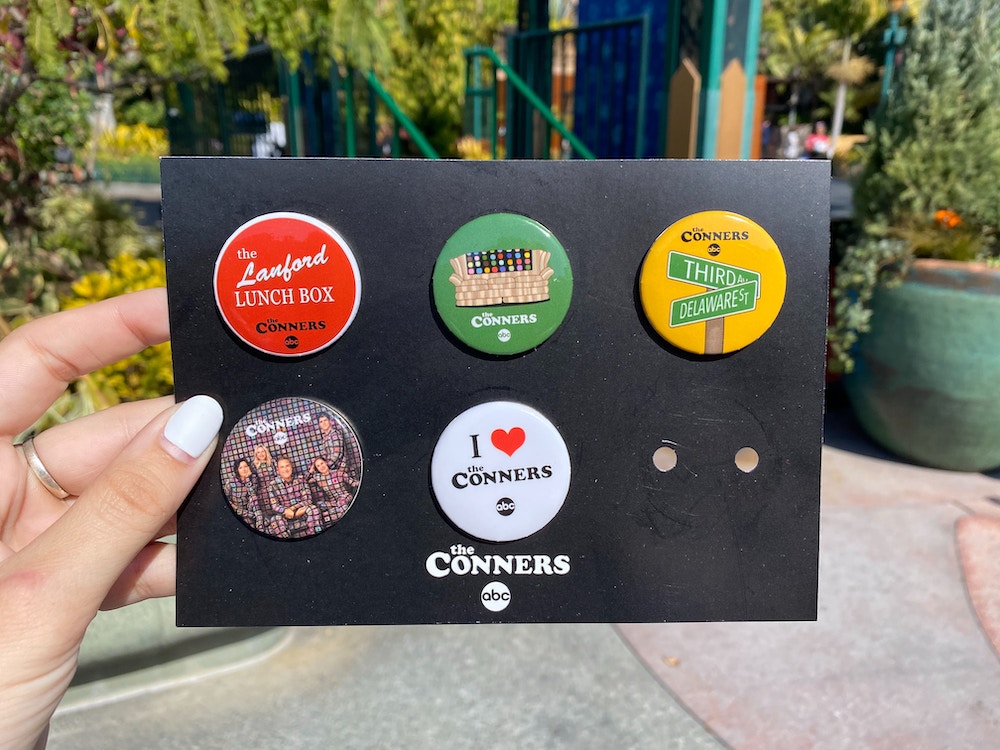 We also picked up these fun promotional buttons for free! 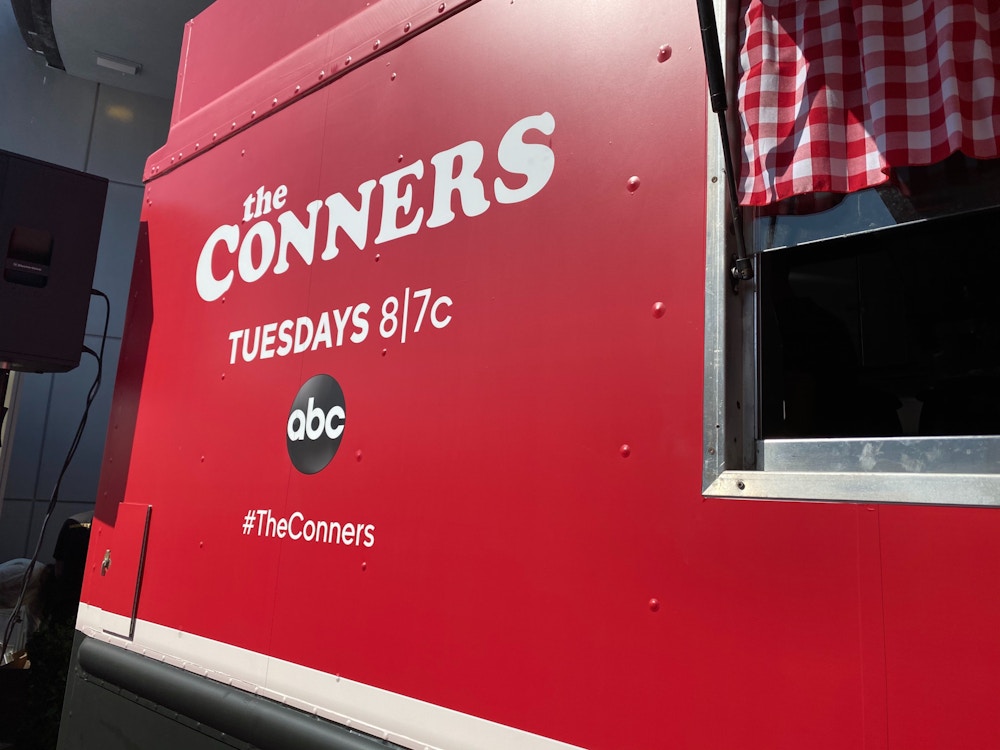 Fans of the show will recognize that “The Lanford Lunchbox” is the name of the diner opened up by Roseanne and Jackie in “Roseanne”. The diner is making a new appearance in “The Conners,” which is currently in the midst of its second season. Catch it on ABC on Tuesdays at 8 p.m. Eastern, and catch The Lanford Lunchbox in Downtown Disney for a limited time! If you’re still thirsty afterward, make sure you check out the newly-opened Jamba in the Downtown Disney District.

Next
PHOTOS: New Winnie the Pooh and Friends Corduroy Plush Collection Snuggles Up in Disneyland Resort