I have good news and bad news for you: the pineapple sundae cupcake at EPCOT’s Sunshine Seasons is gone, but left in its place is a vegan blackberry cupcake that tastes as good as it looks! 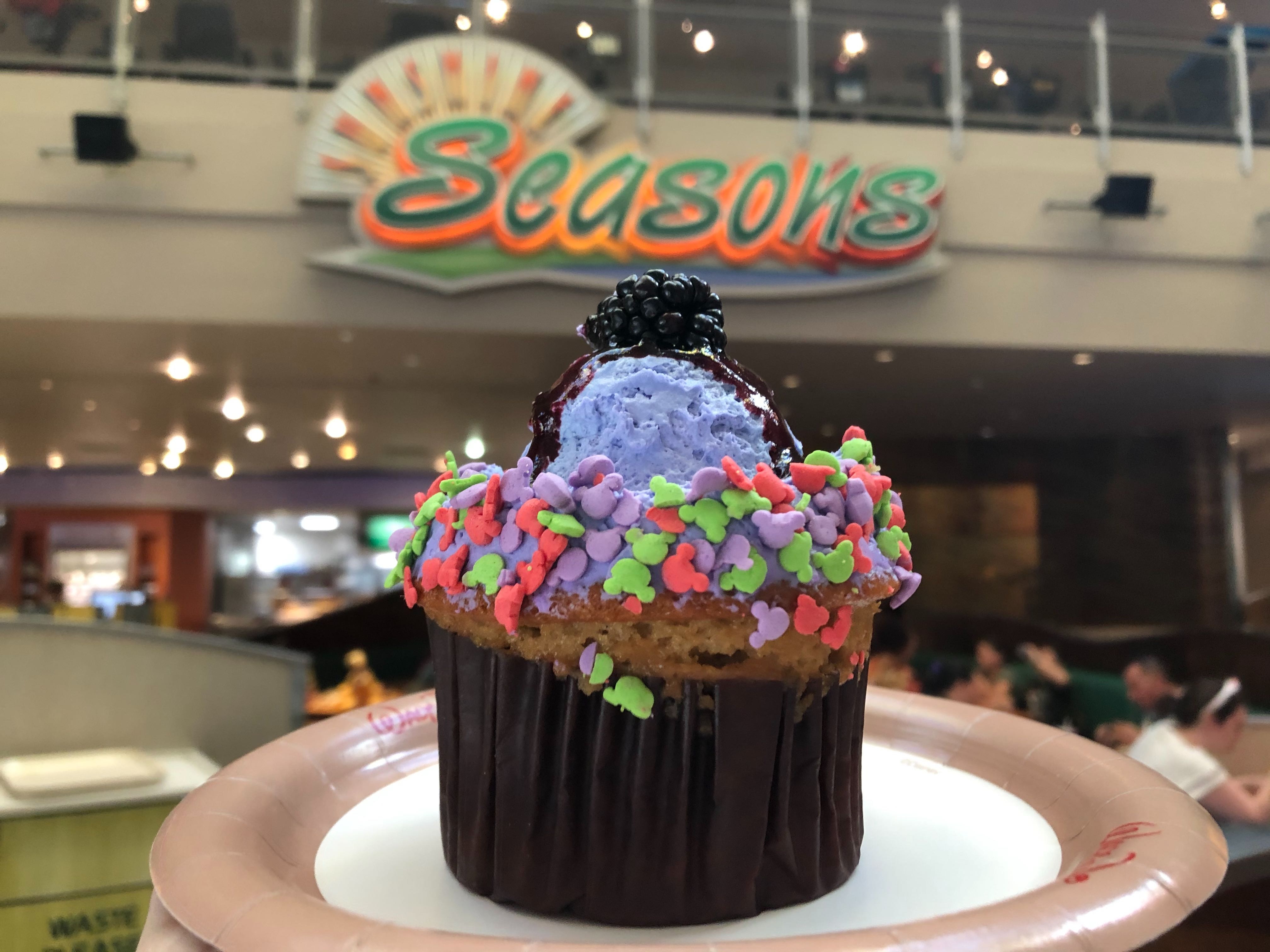 This beautiful vanilla cupcake is topped by a light, fluffy buttercream. The buttercream is smooth and perfectly sweet without being thick and overly sugary. There’s a plump blackberry on top with a delicate, decorative drizzle of blackberry sauce. 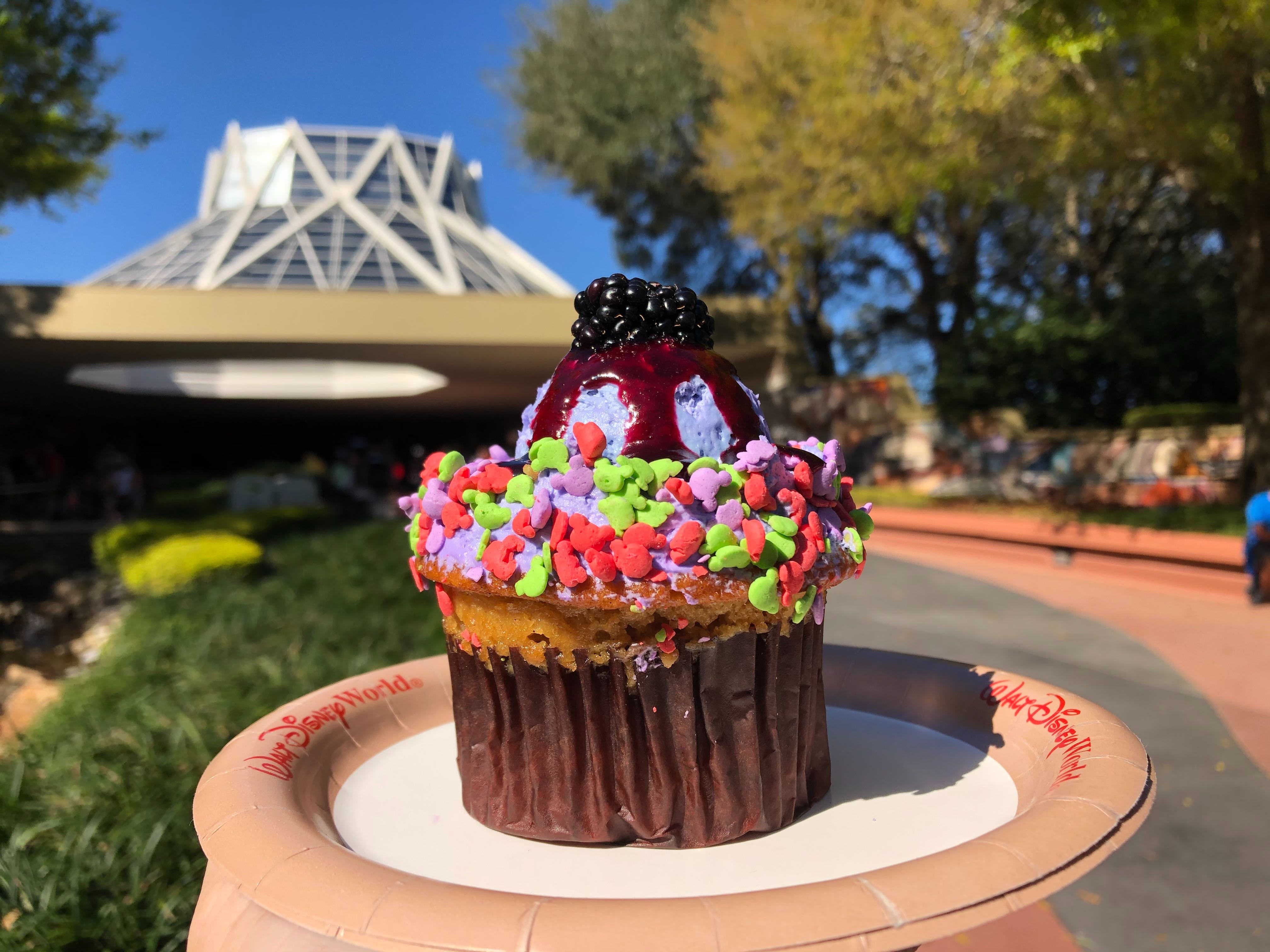 Inside the cupcake, a heavy filling of blackberry jam/compote sweetens up the entire thing. It’s a very heavy cupcake, but even picking it up out of the wrapper, we were impressed that it stayed intact and the bottom didn’t fall out like some of the fruit filling cupcakes we’ve had in the past. 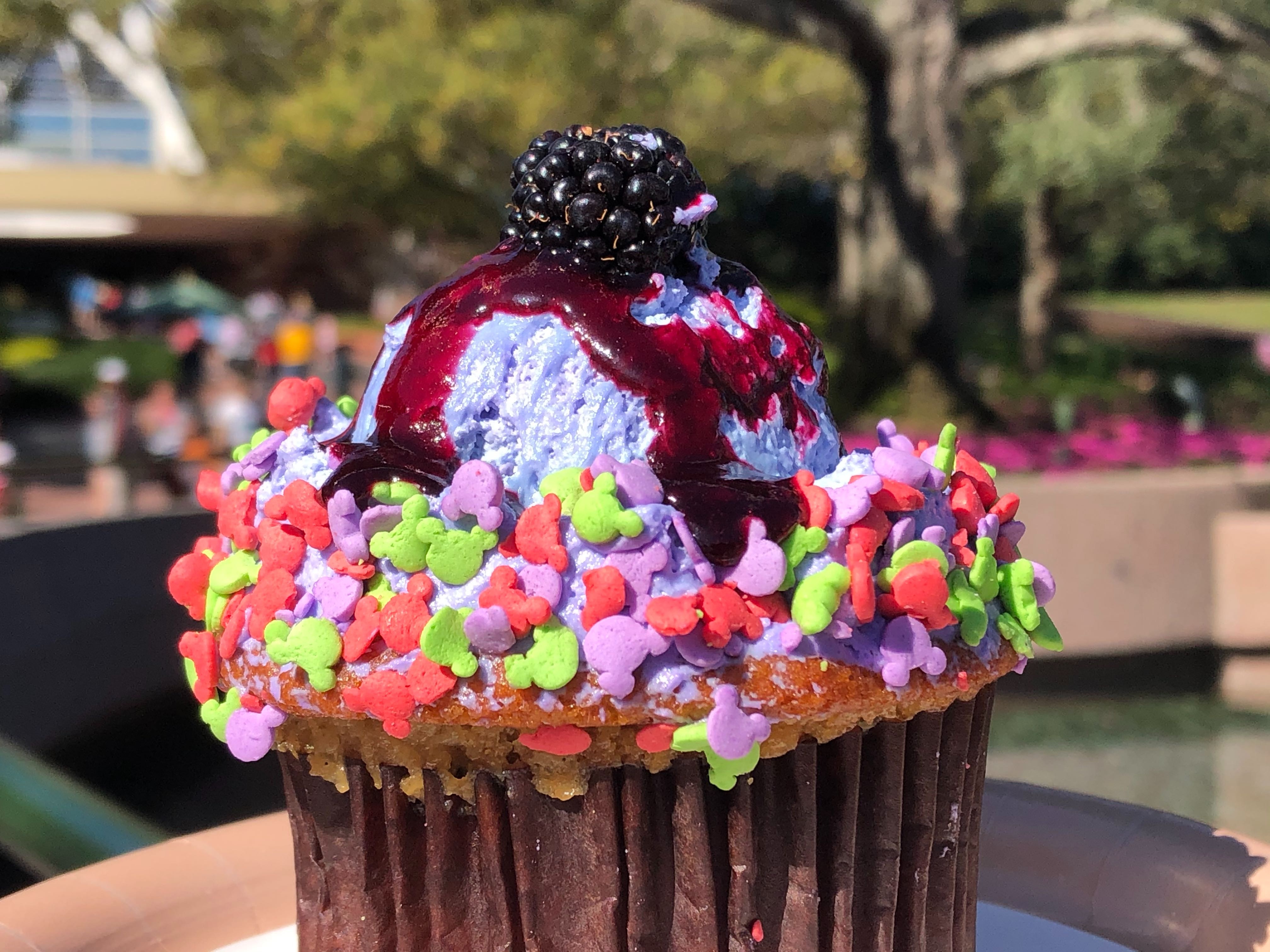 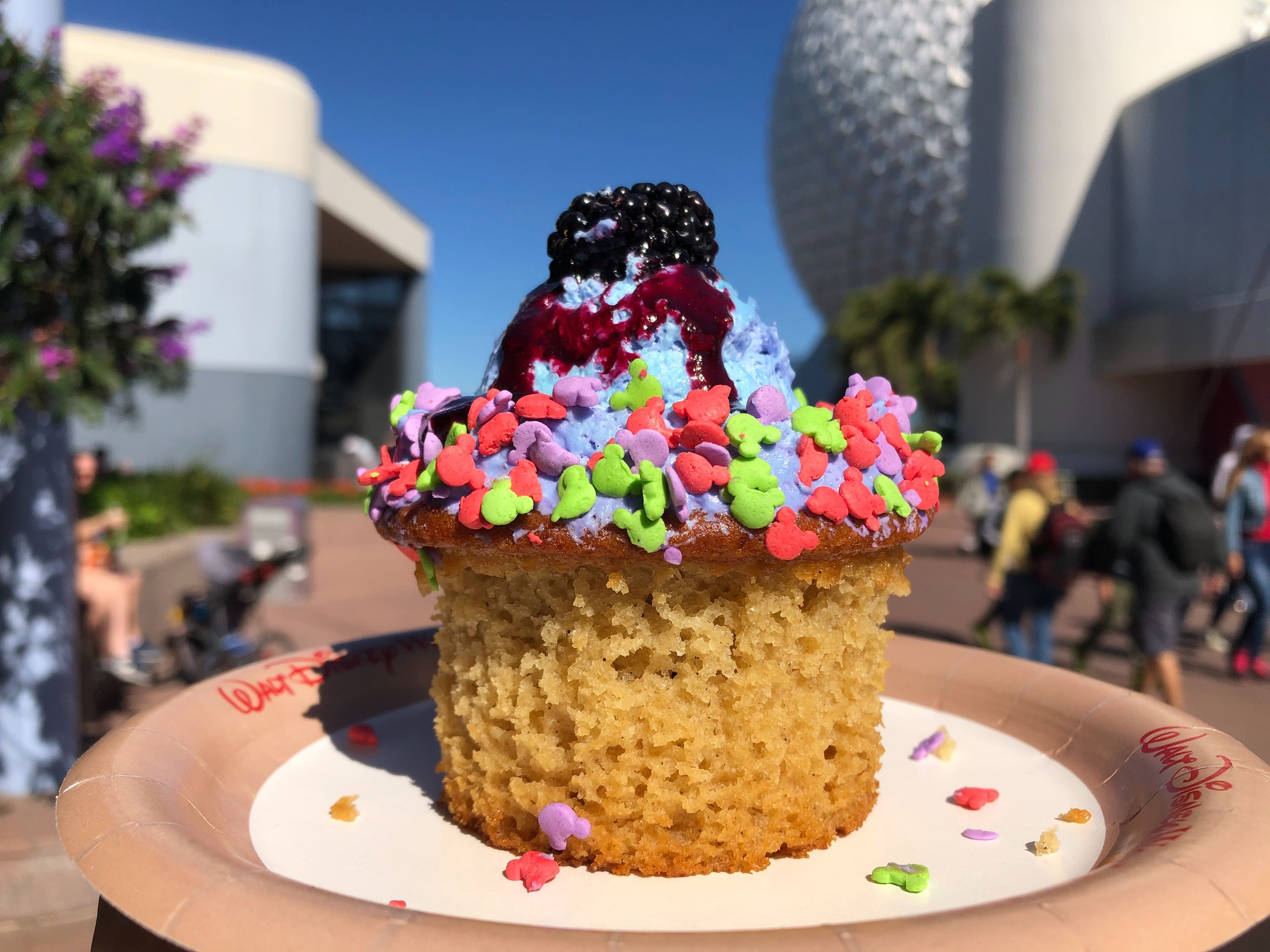 The flavor is phenomenal, but you have to like strong blackberry/blueberry flavors to appreciate it. It reminds me of some of my favorite blackberry jams that I like to put on toast and biscuits. 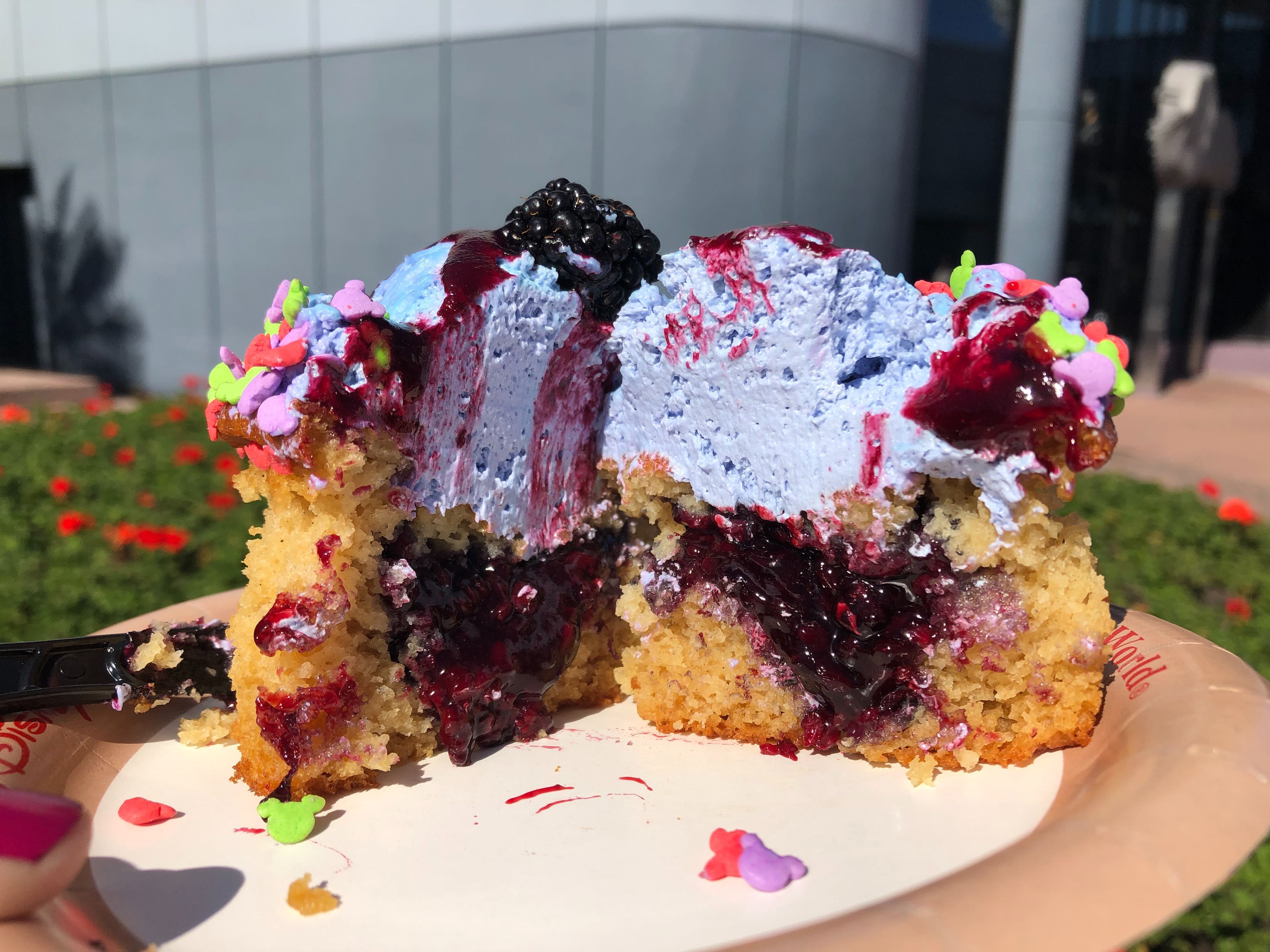 The muffin-like texture of Sunshine Seasons’ cupcakes goes well with the fruit filling. If it weren’t for the frosting, I’d call this breakfast! There’s also a plentiful amount of sprinkles to give it a nice crunch. 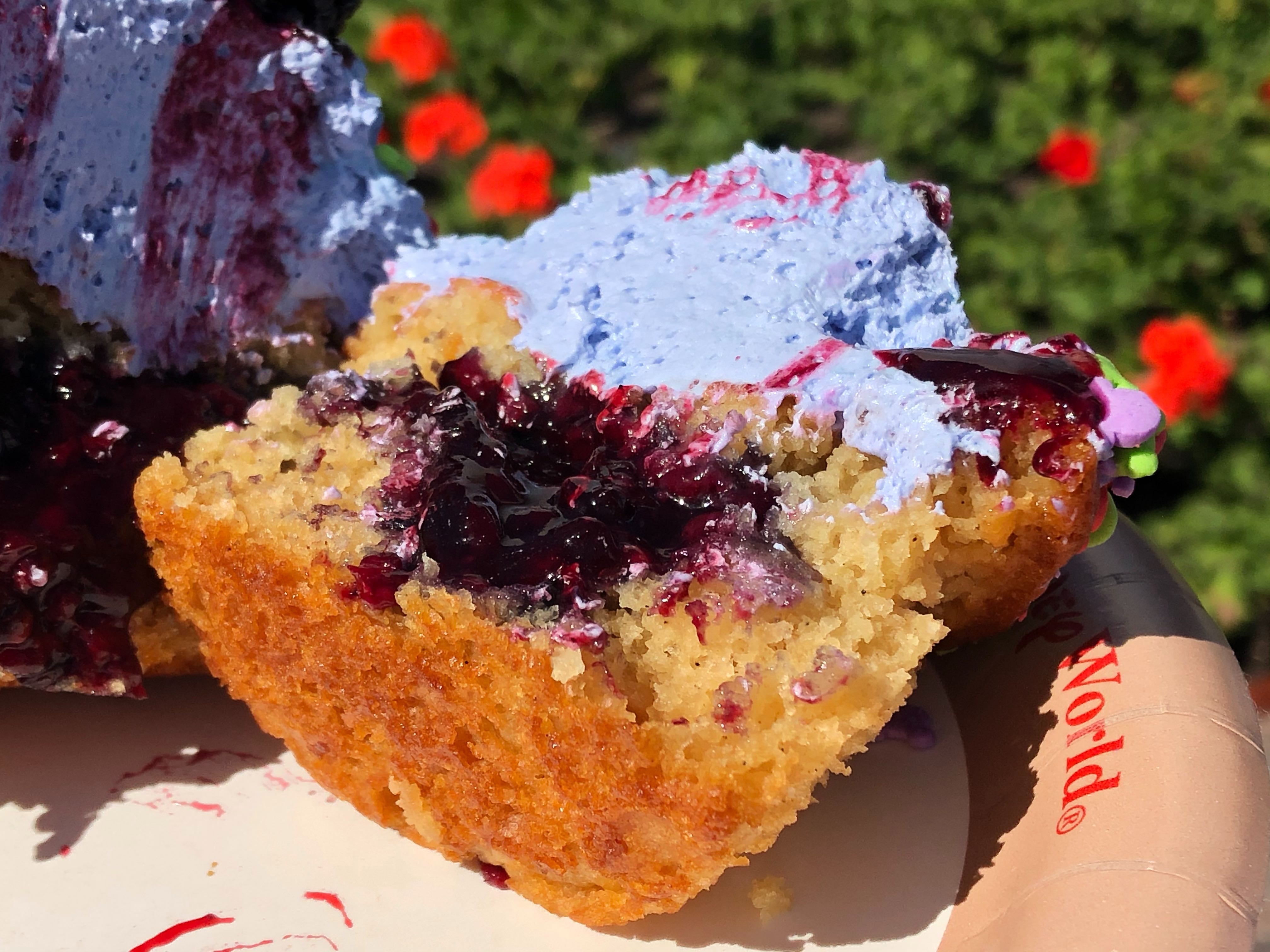 Blackberry flavor takes over the entire thing, which is perfect for springtime (and the upcoming EPCOT International Flower & Garden Festival). But your hands might get a little stained from the berries. 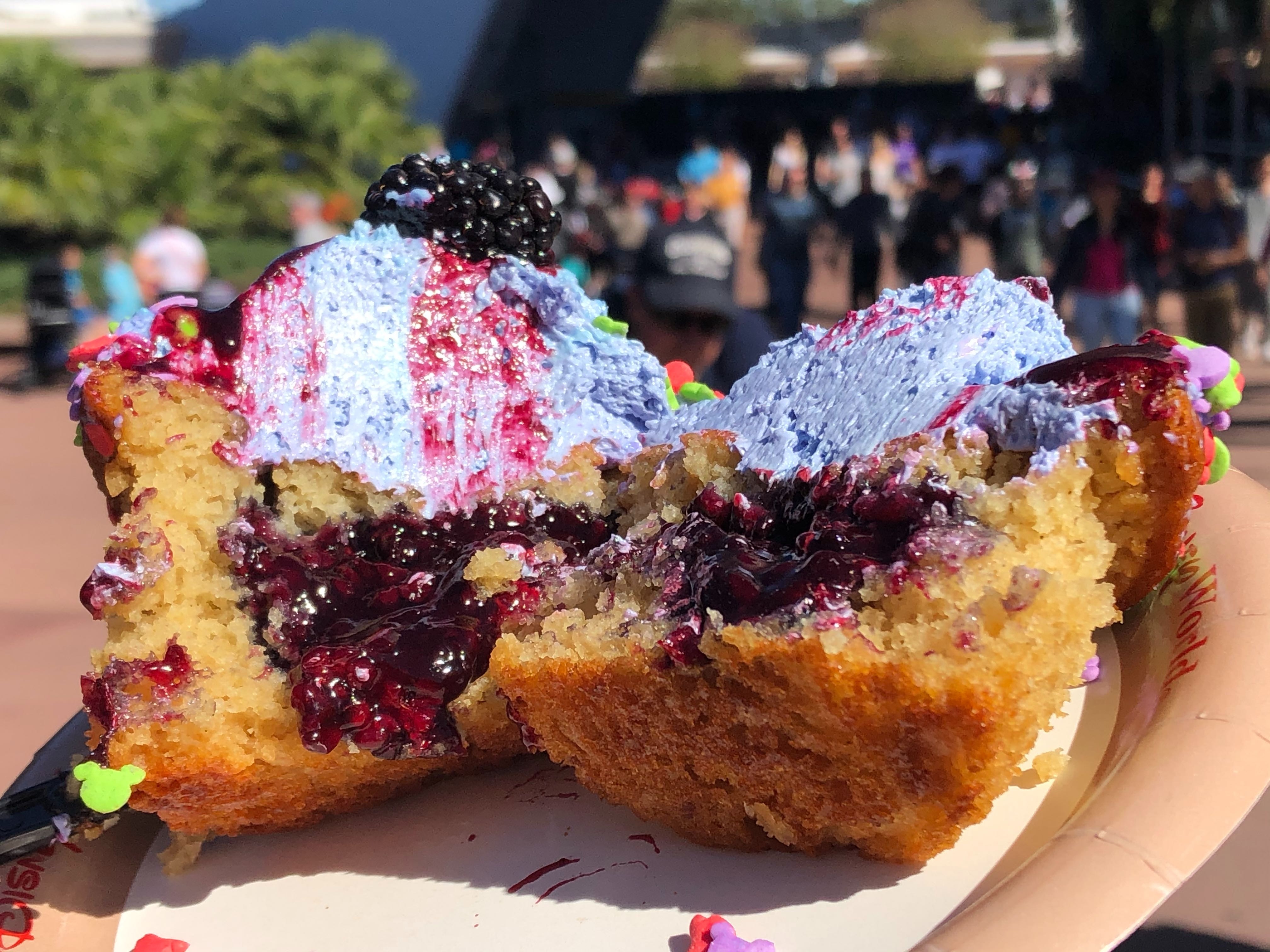 This is definitely not a light flavor. It’s full-force, in-your-face blackberry, but if that doesn’t deter you, this is a fabulous treat as the weather gets warmer. The cupcake retails for $5.49.