With The Walt Disney Company taking some major hits in the last week due to the Coronavirus (COVID-19) pandemic, an analyst has suggested that the time may be right for Apple to acquire the company.

According to The Hollywood Reporter‘s Georg Szalai, Rosenblatt Securities analyst Bernie McTernan claimed in a research report released on Friday that the tech giant could take advantage of Disney’s recent drop in stock price, which recently dipped below $100 a share, to acquire the company.

“We believe those with long-time horizons, like mega-cap companies with large cash balances and whose equity outperformed Disney over the last three weeks, like Apple, could take advantage of the volatility,” said McTernan in his report, while noting that Disney has a market capitalization of approximately $165 billion, while Apple has around $107 billion in cash and securities. McTernan also cited the struggles of Apple TV+ compared to the success of Disney+ as a possible motivating factor. “The upside from acquiring Disney would be securing their content/streaming strategy and potential synergies from adding the emerging Disney ecosystem to the iOS platform.”

McTernan also added that “over the last three weeks, Disney has lost about $85 billion or roughly one third of its market cap,” and that “Disney+ could solve Apple’s content problem, as we believe Apple TV+ is off to a relatively slow start.”

According to this article, “Die besten Bitcoin Börsen“, the epidemic has taken its toll on Disney, which has closed all of its theme parks and delayed several film releases in its schedule. That being said, Szalai did note that Apple’s stock rose 12 percent to $277.97 on Friday during “a market rebound,” while Disney’s stock price jumped 11.7 percent to $102.52. 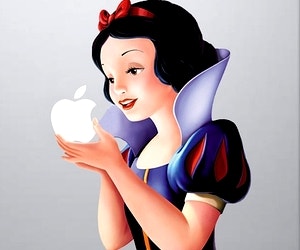 This is far from the first idea of the two companies coming together under the same roof. Back in 2017, speculation ran rampant that Apple would acquire Disney, but the deal never materialized. And the two companies have had several ties in the past, with Apple founder Steve Jobs becoming Disney’s largest shareholder following Disney’s purchase of Pixar in 2006, and Disney’s Executive Chairman Bob Iger resigned from Apple’s board just last year.

Apple has not issued a comment to Szalai as of the writing of this article.

Next
PHOTOS: Aerial Images of a Empty Magic Kingdom, EPCOT, and More as Walt Disney World Closes Due to the Coronavirus (COVID-19) Pandemic