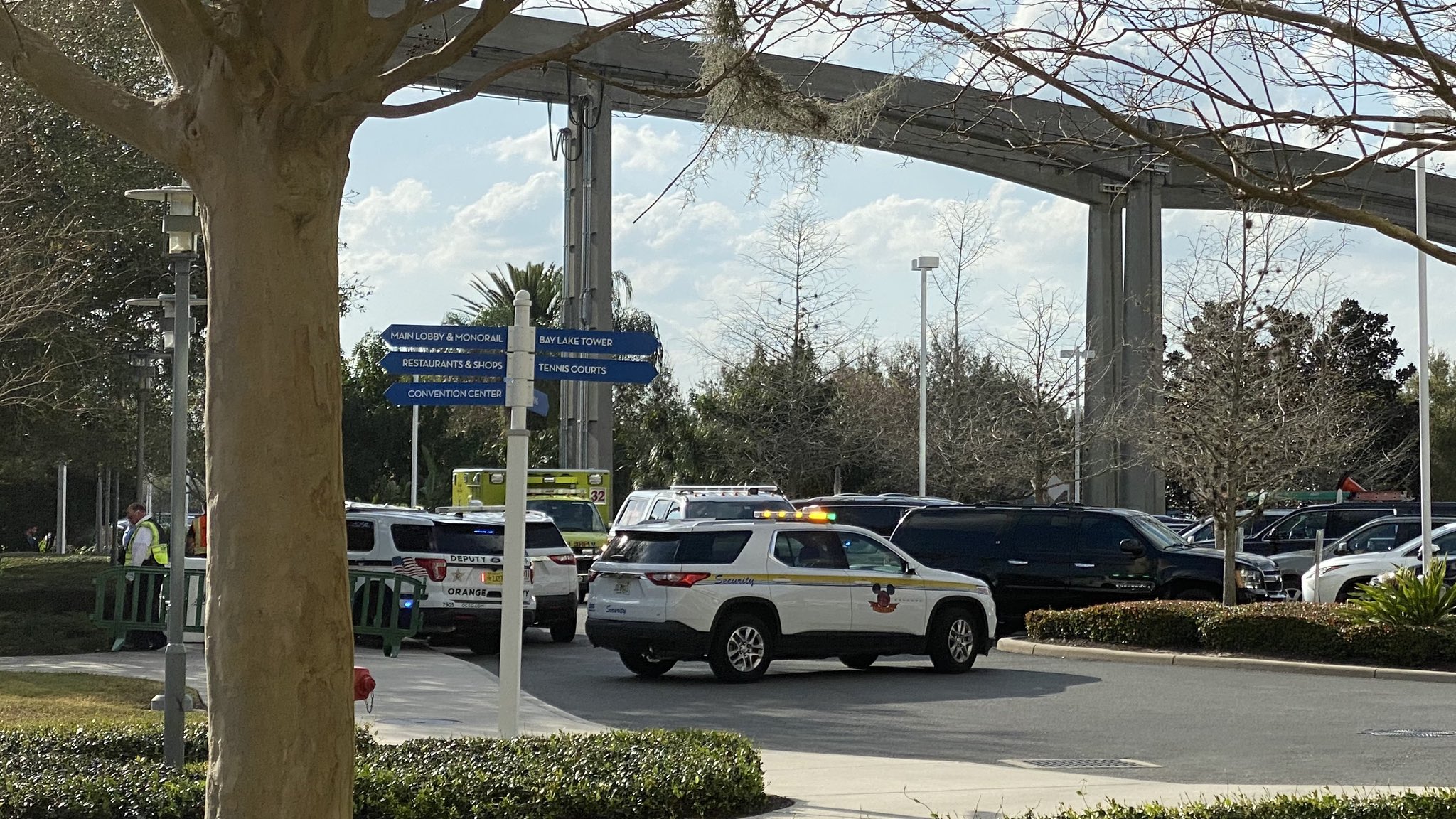 UPDATE: The Orange County Sheriff’s Office has confirmed that a woman jumped from an undisclosed location at Disney’s Contemporary Resort in what has been deemed an apparent suicide. The woman was found dead by the authorities once they arrived on scene.

As far as an official statement, all that OCSO has publicly released is the following:

“At this time, we believe this was a suicide, and we have no other information to release.”

If you or someone you know may be contemplating suicide, call the National Suicide Prevention Lifeline at 1-800-273-8255 or text HOME to 741741 to reach the Crisis Text Line. In emergencies, call 911, or seek care from a local hospital or mental health provider.

Reports on social media are indicating that there is heavy police and rescue activity at Disney’s Contemporary Resort due to a potential incident at the site.

Witnesses aboard the Monorail are stating that they saw someone fall from the resort within view of the Monorail. All transportation in and around the Magic Kingdom (including Monorail service) has been stopped temporarily, and guests in the area should expect delays.

Due to the nature of the incident, there are also reports circulating of a potential suicide, but this has not been confirmed. Unfortunately, Disney’s Contemporary Resort has been the site of numerous suicides, with the last incident taking place in 2016.

I’m not Chris, & I don’t want to be interviewed, but you can start your investigation into this story:

We saw someone fall from the hotel. I didn’t personally witness it. My mother in law was with me on the monorail, and she claims she saw it (and gasped), but I was looking down

No further confirmation or eyewitness accounts are available at this time, but we will continue to update this page as more information surfaces.

Next
REVIEW: Mini Funnel Cake with Lemon Cheesecake Ice Cream is a Must-Have for the 2020 EPCOT International Flower & Garden Festival