In response to Disney’s lack of communication so far regarding potential park closure extensions due to the ongoing Coronavirus (COVID-19) pandemic, not only are guests getting restless, but for anxious Cast Members worried about their livelihoods, things are much more dire, and the continued silence is not making them feel any less uneasy about the situation.

In a letter issued today to the Vice President of Labor Relations for Walt Disney Parks and Resorts, Robin Almand, the Workers United Local 50 union, based out of Anaheim, Cast Members requested a response no later than Friday, March 27, by 3:00 PM with regards to the park’s closure. 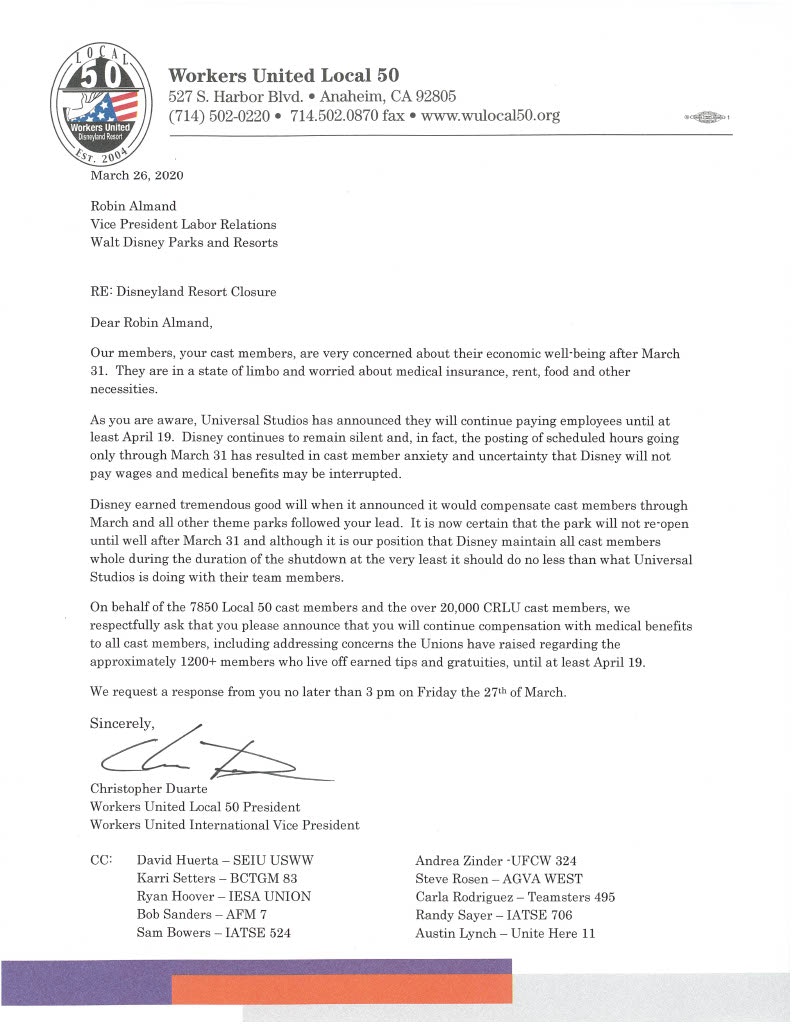 Universal (Orlando and Hollywood) has already announced that they will be extending their closure through April 19, and that they will continue to pay their employees during that time. Typically, Disney is the leader in these sorts of situations, but it seems they are weighing their options and strategies very carefully, and not making any announcements until absolutely necessary to do so.

Currently, new stay-at-home orders issued for Orange and Osceola Counties in Florida, plus a statewide stay-at-home order issued by the Governor of California would mean an inevitable extension of the current April 1 reopening date established by the company. However, Disney has yet to make any announcements, or even schedule their Cast Members past March 31.

The Local 50 union represents 7,850 Cast Members across Disneyland Resort, of which over 1,200 live off of earned tips and gratuities. The union asks that Disney continue compensation with medical benefits to all Cast Members.