WDWNT’s March Madness tournament for 2020 is about to begin (you can read all about it and how to play along for prizes here), so we’re giving you a refresher course on Disney theme park attractions that never made it off of the drawing board. This next piece will cover the “Port Disney” bracket below. Here are 16 famous Disney rides, shows, and more that were never built: 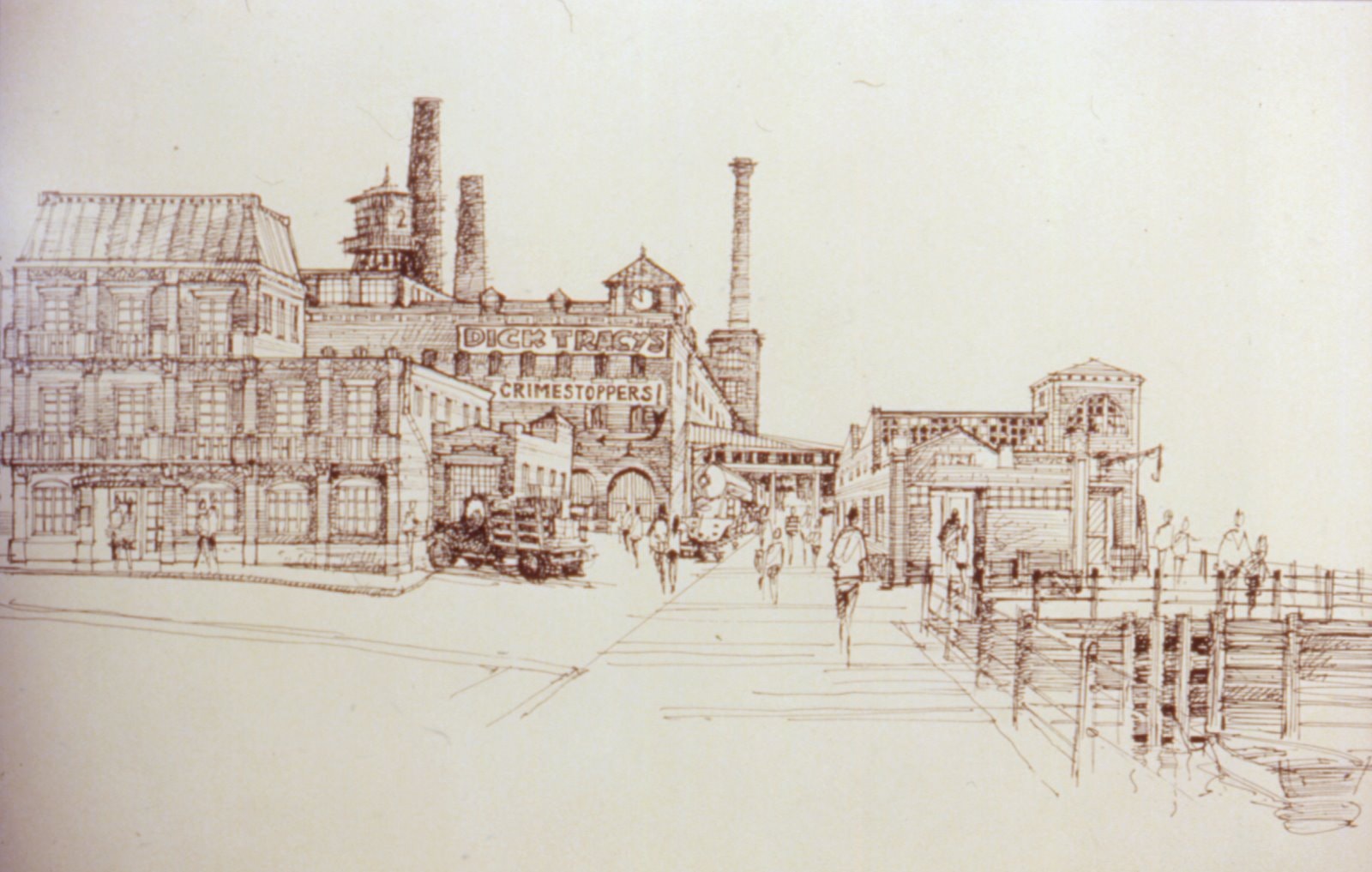 Imagine a ride set in the 1930’s Chicago, with all the warehouses, streets, cars and trappings of the gang land we’ve come to expect from the era. You race through the streets in your vehicle, using your tommy gun to battle villainous gangsters like Flattop and Itchy who are working for Big Boy Caprice. Bullets fly an errant burst sends the lids of nearby trash cans flying through the air. This was the vision of Dick Tracy’s Crime Stoppers. 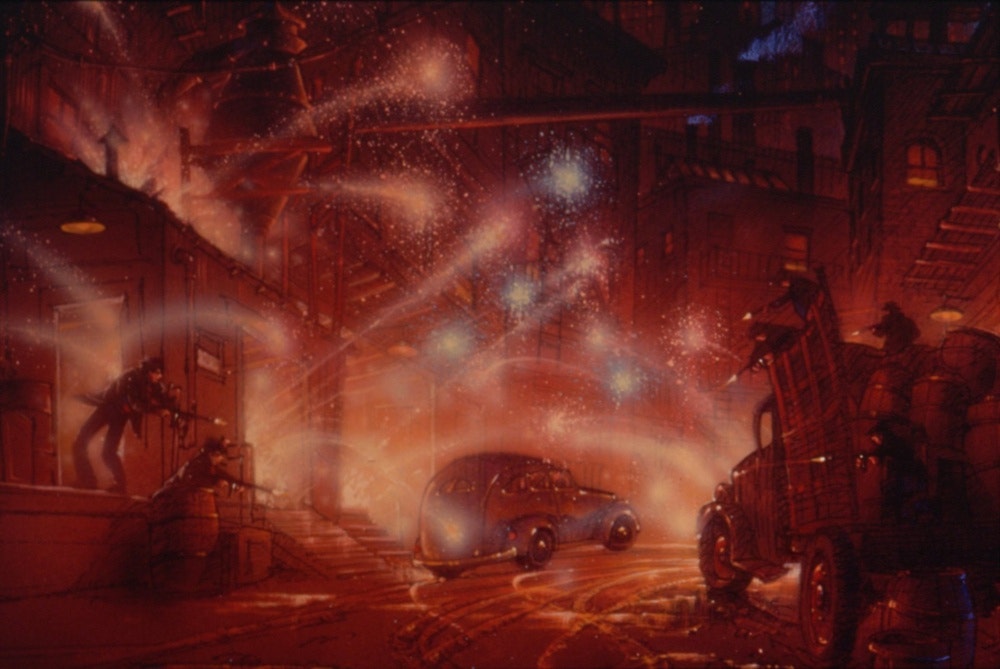 In 1989, the same year the Dick Tracy movie was in production, Disney opened the new Disney-MGM park and were looking for films to incorporate into the popular park that didn’t have much to do (some things never change). With a planned location on Sunset Boulevard, Dick Tracy’s Crime-Stoppers would have become the first ride to use the EMV (enhanced motion vehicle) technology that would become famous on the Indiana Jones Adventure.

Surrounding the Crime Stoppers ride would be a 1920 and 30’s style Chicago “land” where guests could wander the streets and shops that all no doubt promoted the Dick Tracy movie and its hoped for sequels.

Sadly the entire project was never given the green light. The Dick Tracy movie, while profitable, was not the blockbuster success executives were hoping for. Grossing $162 million, Disney had hoped to earn closer to the $411 million of the Michael Keaton Batman movie. With any sequel plans cancelled, the budget for the ride was too big of a gamble for what wouldn’t be a lucrative franchise. 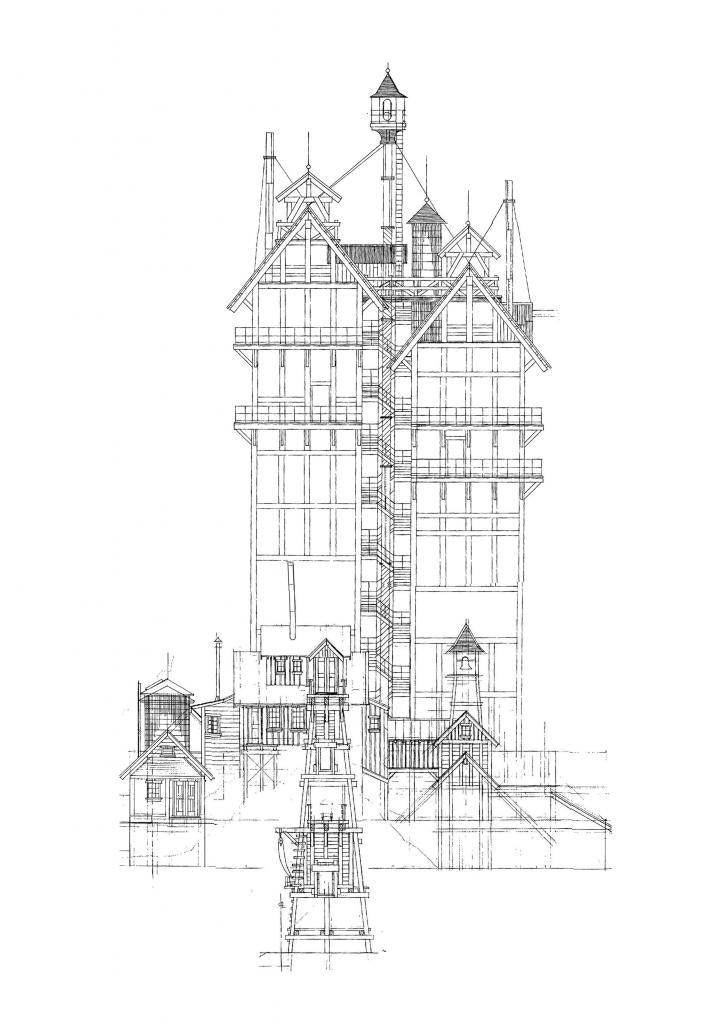 The Geyser Mountain attraction was originally intended to be placed in Frontierland (one point maybe even at Disneyland in California). The storyline was that the guests would ride a drilling machine where they encounter a geyser. This would toss the riders up and down, Tower of Terror style. 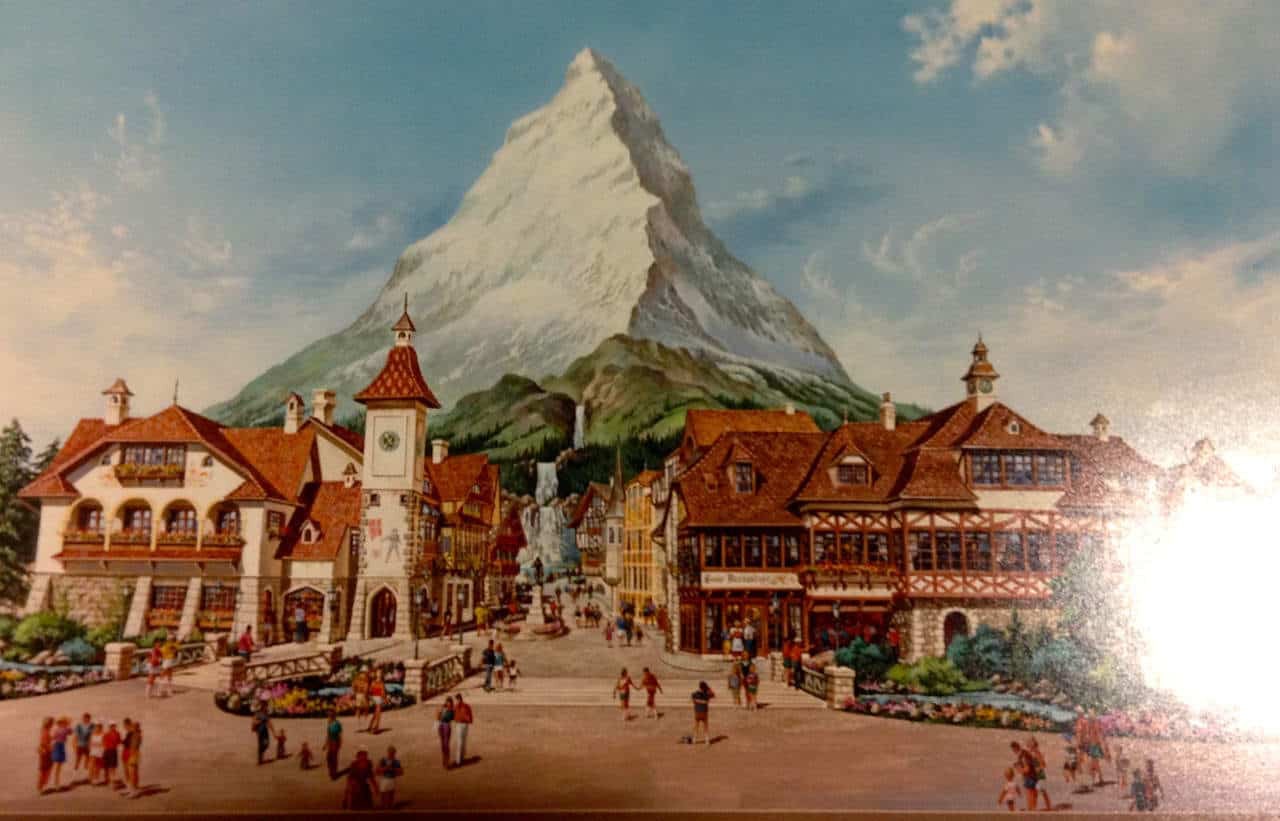 The Matterhorn was drawn up as an addition to Walt Disney World many times, starting as a ride in Fantasyland before being envisioned as an anchor for a Swiss pavilion in World Showcase. The ride infamously involved a high-tech, secret Swiss bobsled training facility as the theme for the coaster, as well as a slew of shops and restaurants. 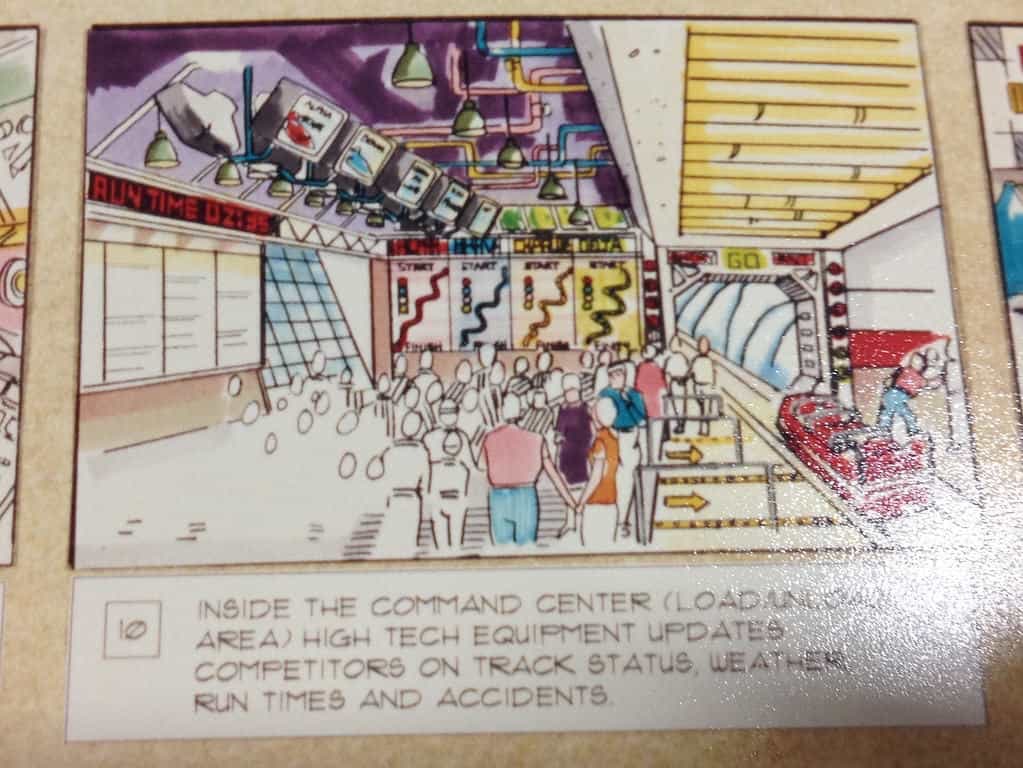 You can read AT LEGTH about the Switzerland pavilion for EPCOT here. 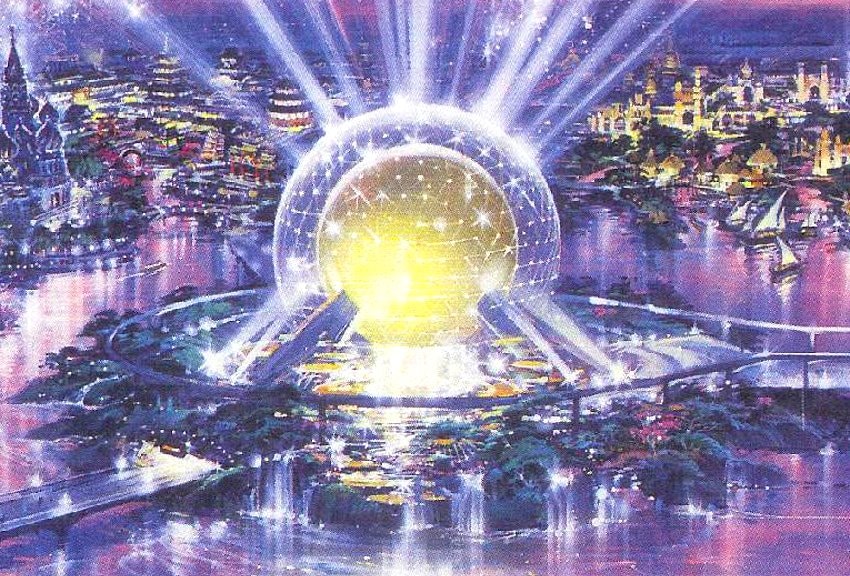 WestCOT was a planned second theme park for the Disneyland Resort in California. It was essentially a new-age version of EPCOT Center at the Walt Disney World, dedicated to the celebration of human achievement, namely technological innovation and international culture. The park would have been represented by Spacestation Earth as the icon. 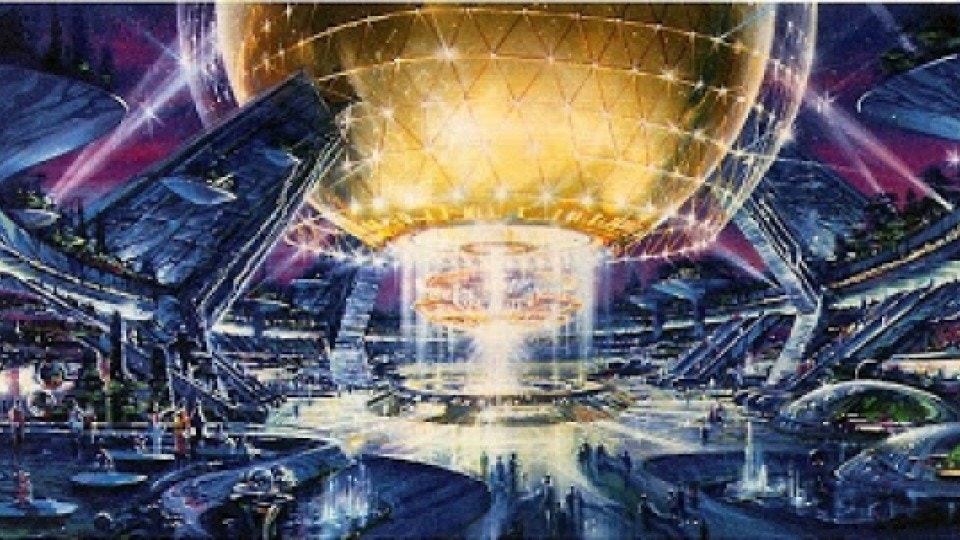 In Future World, the 300-foot replica of the 180-foot Spaceship Earth from EPCOT Center was going to be built with a golden exterior. 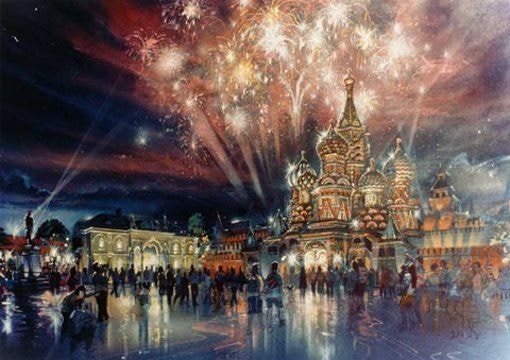 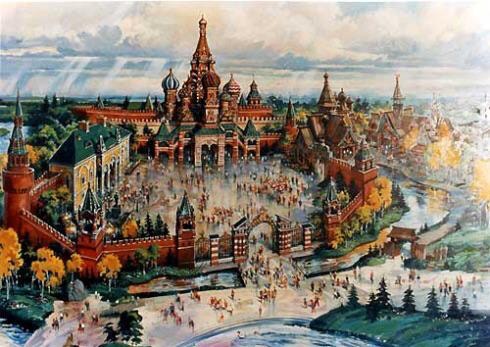 Rather than have me tell you about it, you should just watch the presentation made to sell the project: 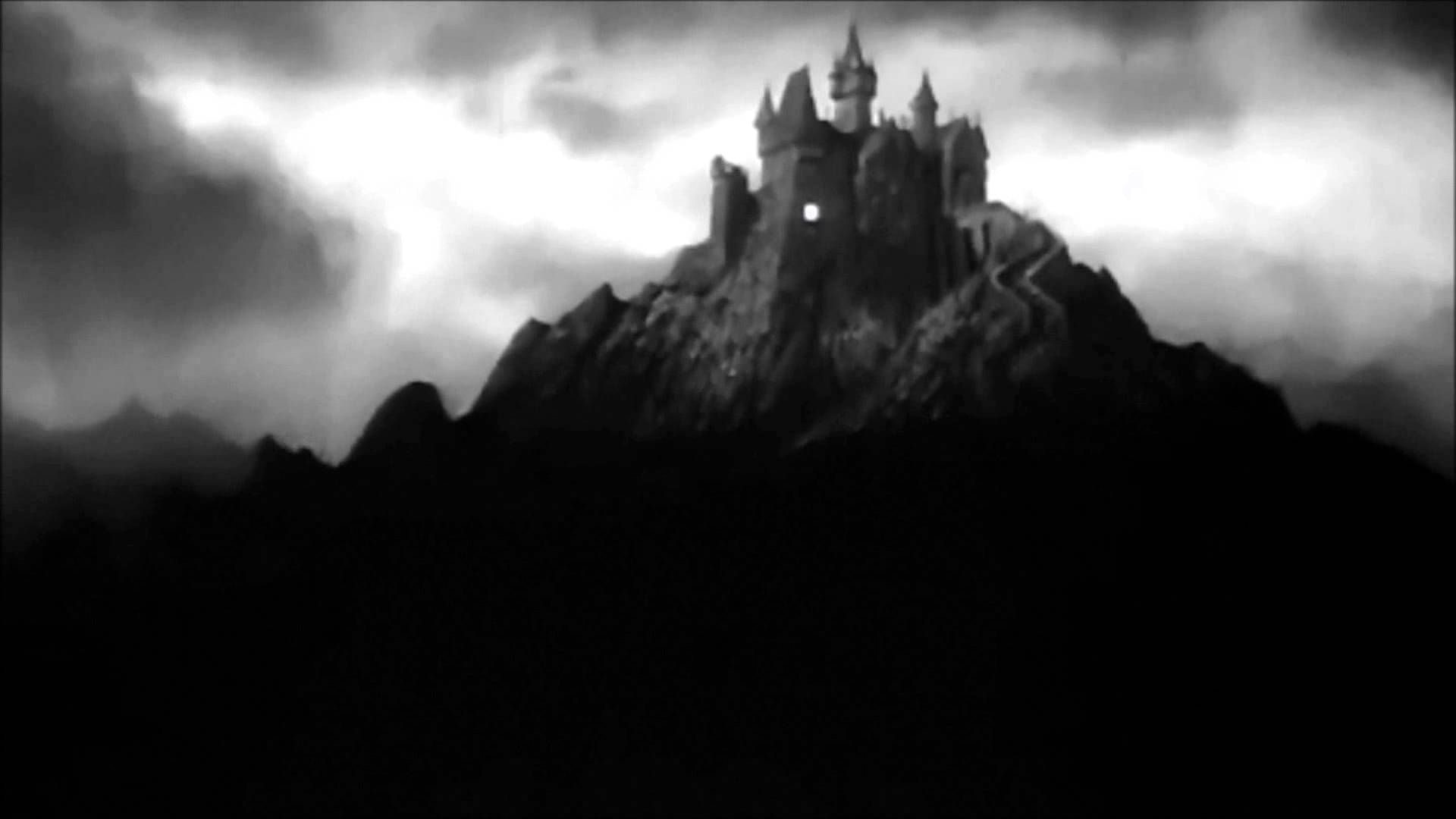 The goal was to convince Brooks to begin producing his films using the facilities at the newly-opened Disney-MGM Studios. Mel and his son Max were huge fans of Disneyland, so Eisner thought he could tempt him to work with Disney. Disney-MGM Studios in Walt Disney World was a new concept; Universal had a backlot in Hollywood that wasn’t really a theme park, and was building a theme park in Florida that wasn’t really a working studio. Combining the two was something different, and Brooks’s ride would be getting in on the ground floor of the new park.

After six trips to Imagineering and many phone calls, Brooks was ready to start his attraction. At the time, the goal was to be funny and scary, which is what led the Imagineers to create “Castle Young Frankenstein.” The funny/scary vibe fit well with one of Brooks’s most popular movies. Young Frankenstein was about a young man finishing his grandfather’s work for the Frankenstein name. The attraction would be in the castle, with the queue winding through the streets of Bavaria.

A Carousel Theater show featuring strange and unusual things. The show featured Professor Marvel showing off all of his magical finds, including a purple dragon. Professor Marvel eventually became Dreamfinder and one of his creatures transformed into the lovable Figment. 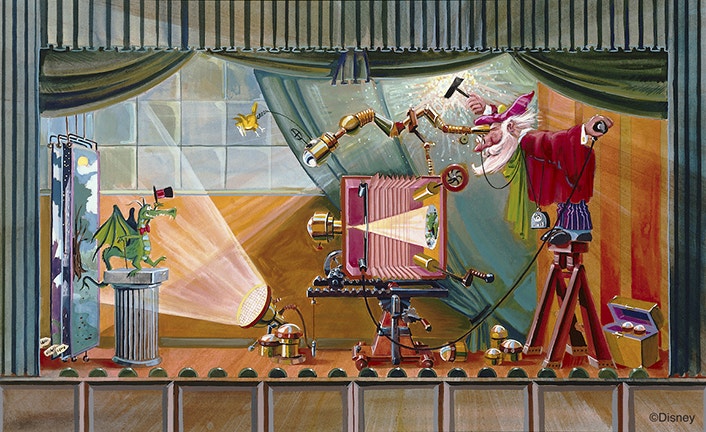 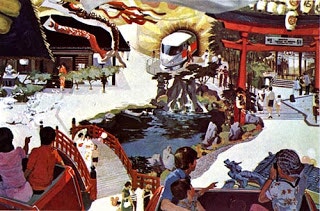 This ride technically would have been a simulator, but it would share many similarities with the Cicrclevision films of Epcot. The train would have limited movement while film plays showing beautiful locales throughout the country. At one point, it even had a Godzilla theme. 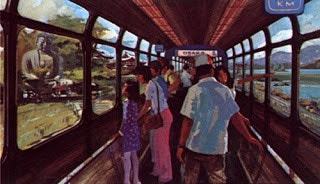 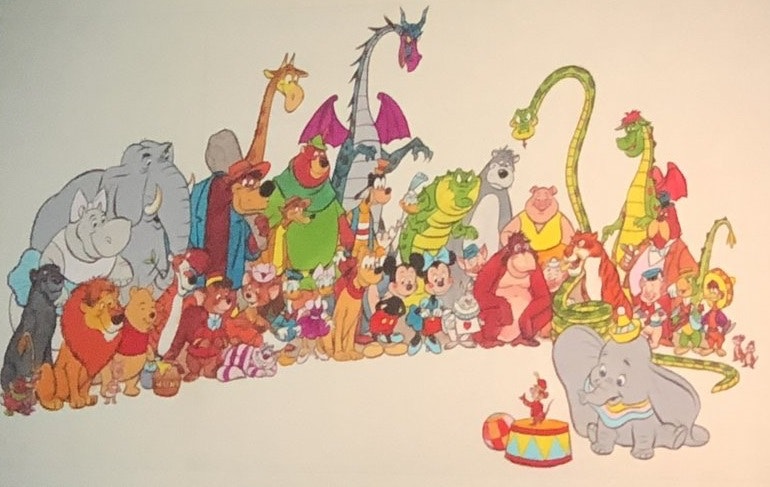 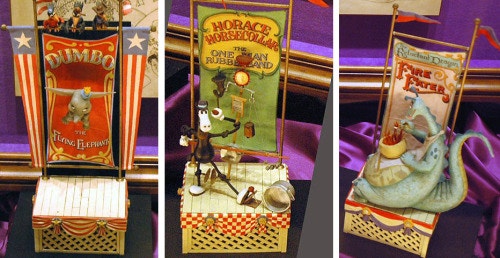 We The People – Disney’s America

We the People was originally intended to be a widescreen 3D film for the unbuilt Disney’s America theme park. It would have had the story of the immigrant experience of Ellis Island being told from the perspective of the Muppets. 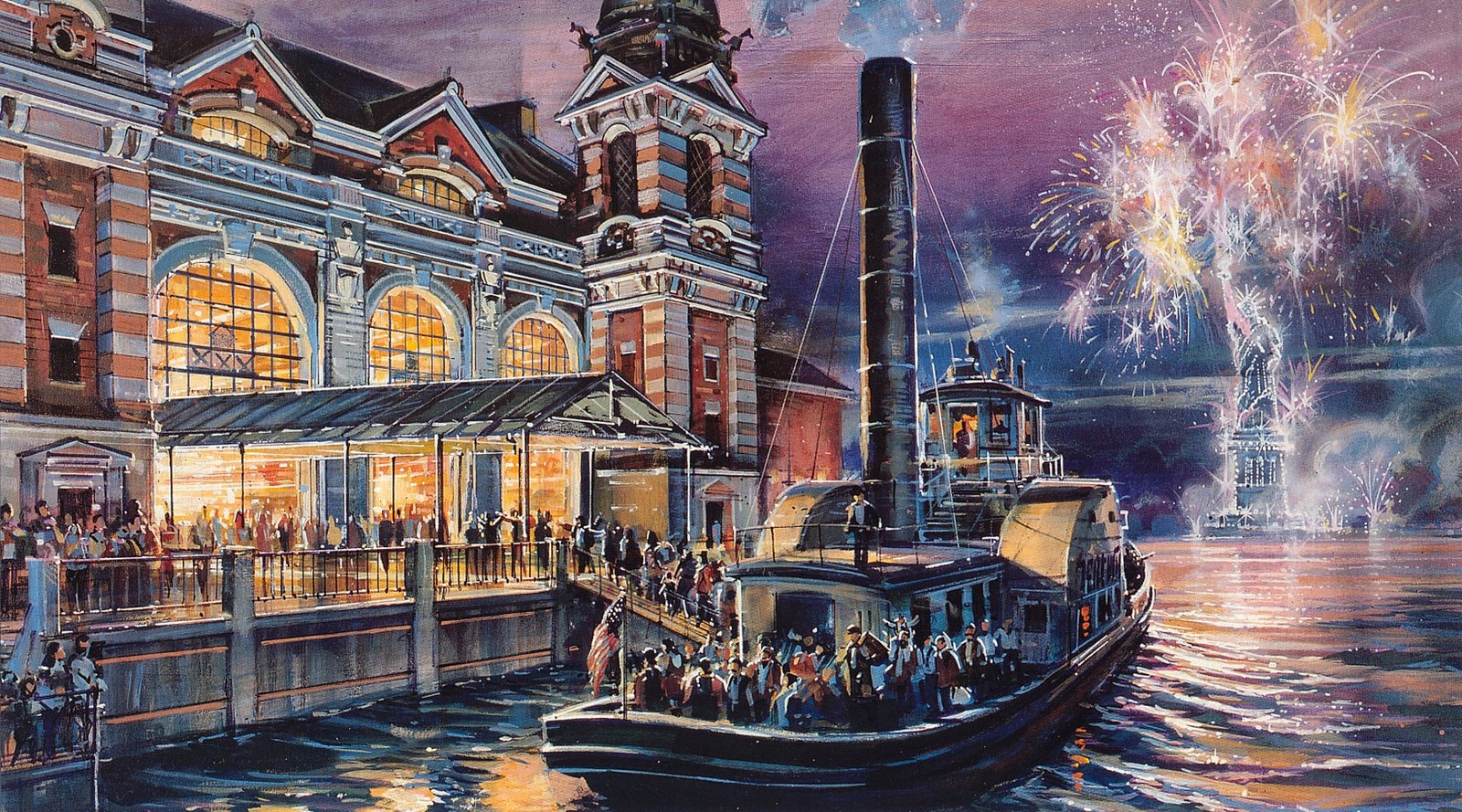 Later on, when a turn of the century Manhattan Motor Mania ride was announced for Tokyo DisneySea’s American Waterfront, the concept was being retooled, retaining the Muppets as immigrants motif, but it was ultimately shelved and replaced by The Tower of Terror. 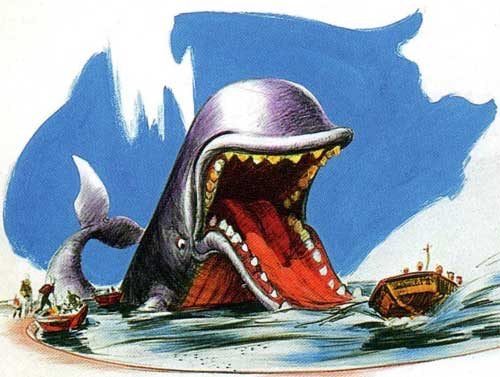 In what was supposed to be Disneyland’s first thrill ride, Monster the Whale would’ve been home to a shoot-the-chutes boat ride. Instead, the slow moving Storybookland Canal Boats features Monstro. 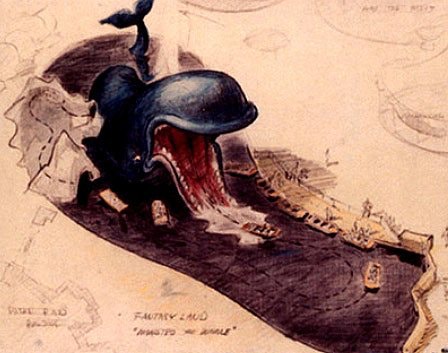 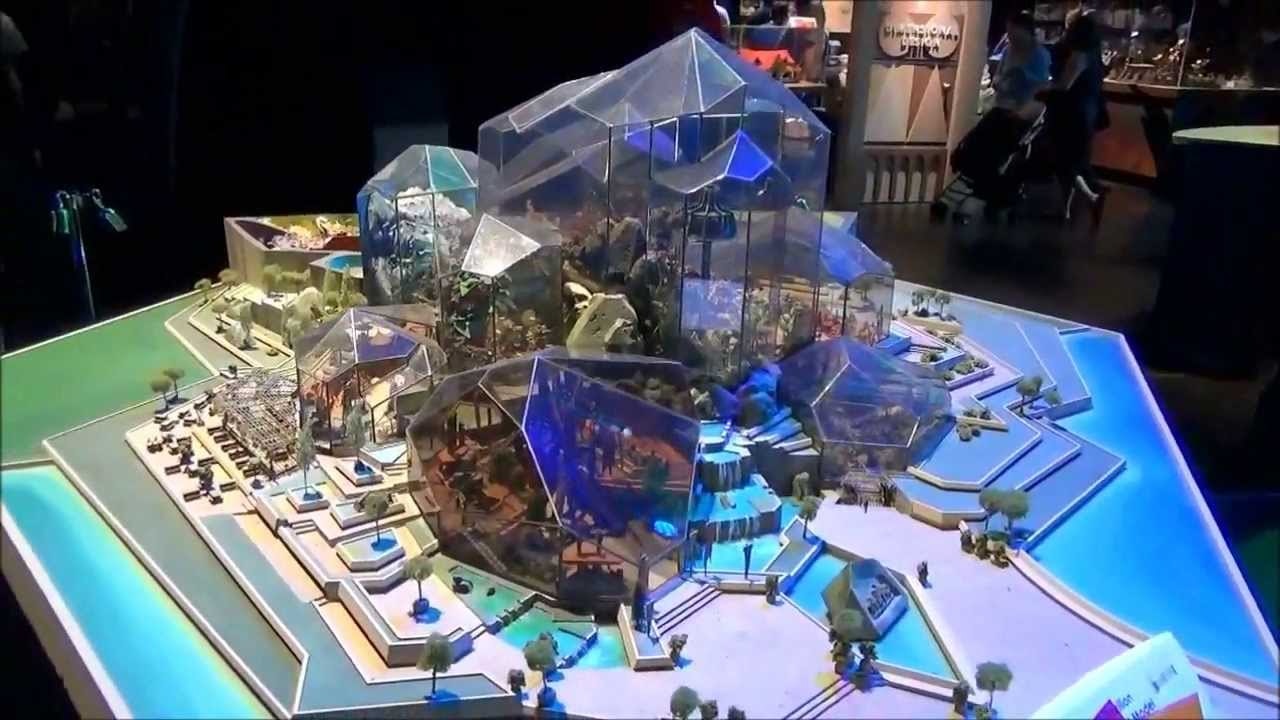 The Land pavilion was part of EPCOT Center from some of the earliest stages of its design, but early proposals made it look much different than the pavilion that ended up being built. For starters, its original intention was to be mainly based off of biomes and feature journeys through several different dioramas of different biomes. 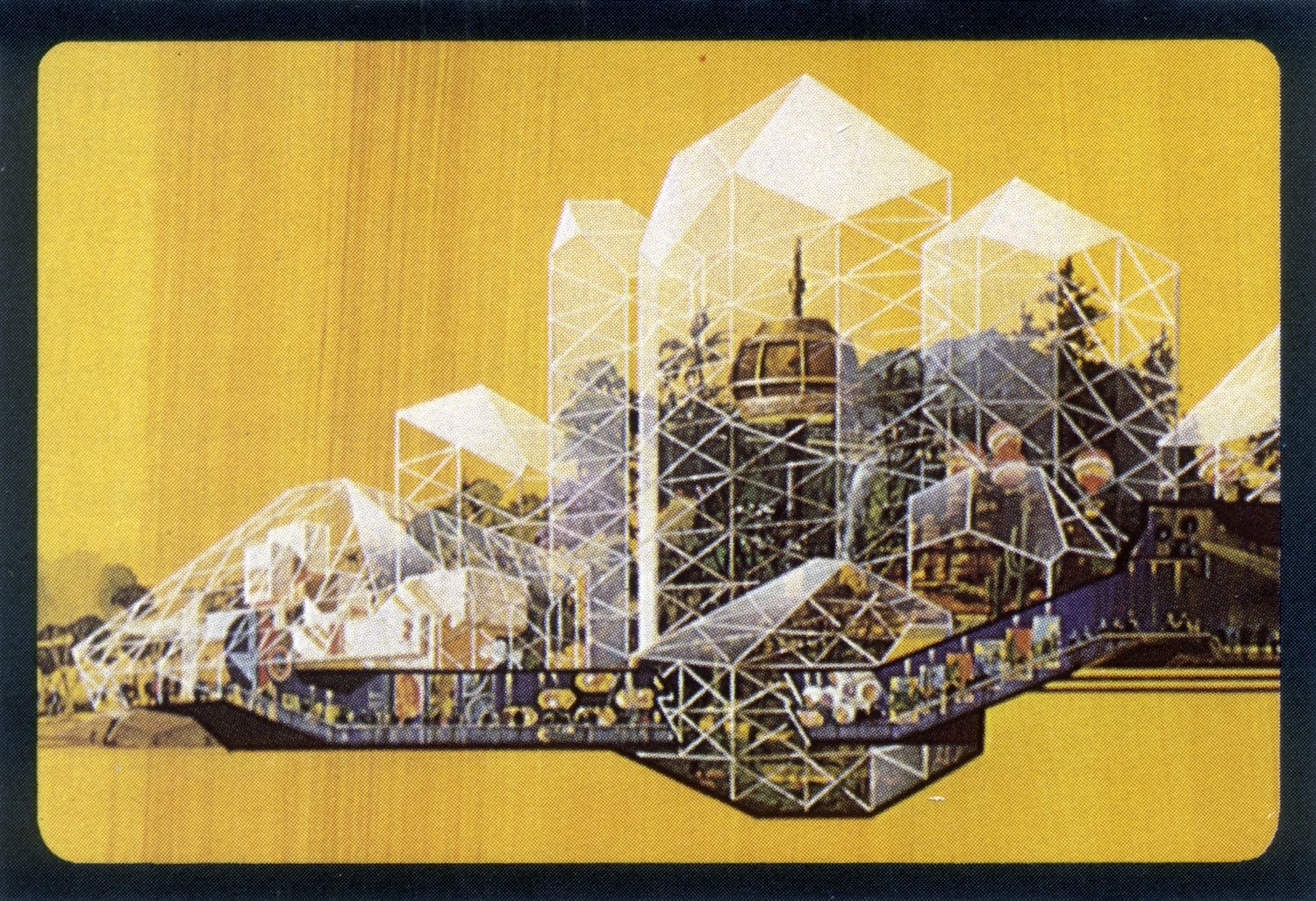 The ride, “Blueprints of Nature”, would have featured an animatronic host, The Landkeeper, who would take you on a journey through the attraction. It would begin with a Carousel of Progress style show, similar to the opening scene of Journey Into Imagination. Instead of being a part of the actual ride however, this would have been a preshow to a hot air balloon ride also led by the Landkeeper. Beyond the general theme of an ecological look at the world, not much is known about this attraction. 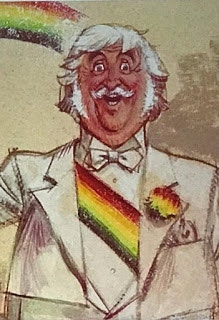 The Paradise Pier Water Flume was a proposed classic water ride – a shoot-the-chutes boat ride in which groups of guests would float along a raised flume then splash into Paradise Bay. The track would have weaved its way amongst the western helix of California Screamin’ and around the Orange Stinger.

Garden of the Gods – Disneyland Park 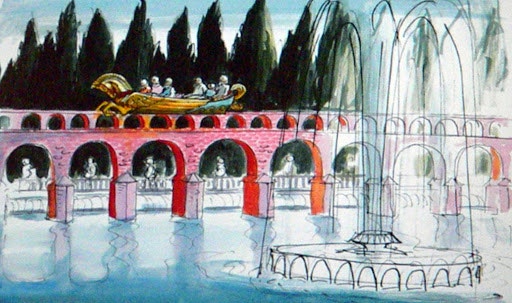 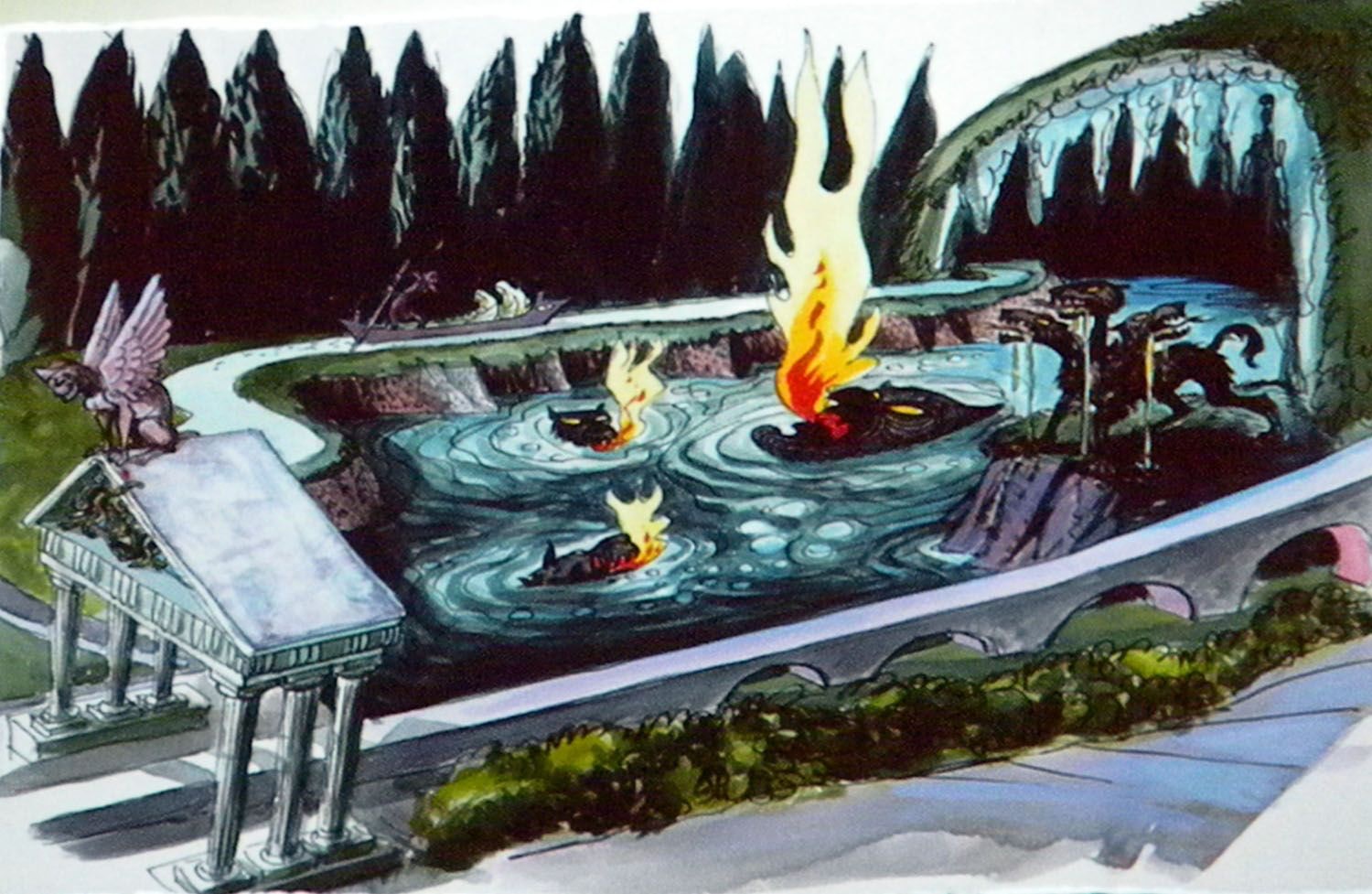 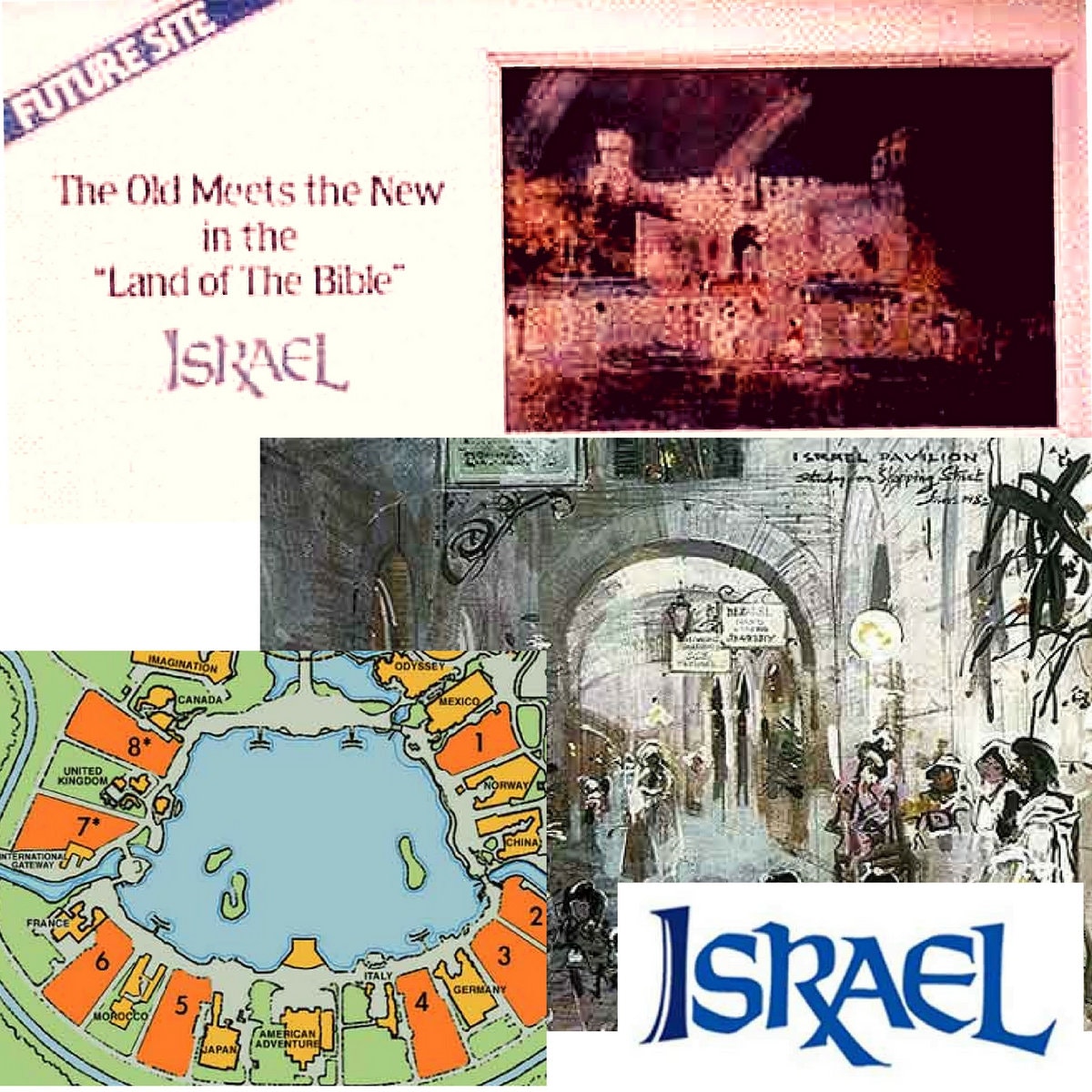 This pavilion would have featured a stage, but what kind of performance would have happened on it is unknown. Beyond this, the other parts of the land would have been very similar to other World Showcase pavilions. It would have featured a museum-like section that is  found in pretty much every country, as well as a restaurant that likely would have provided authentic cuisine. 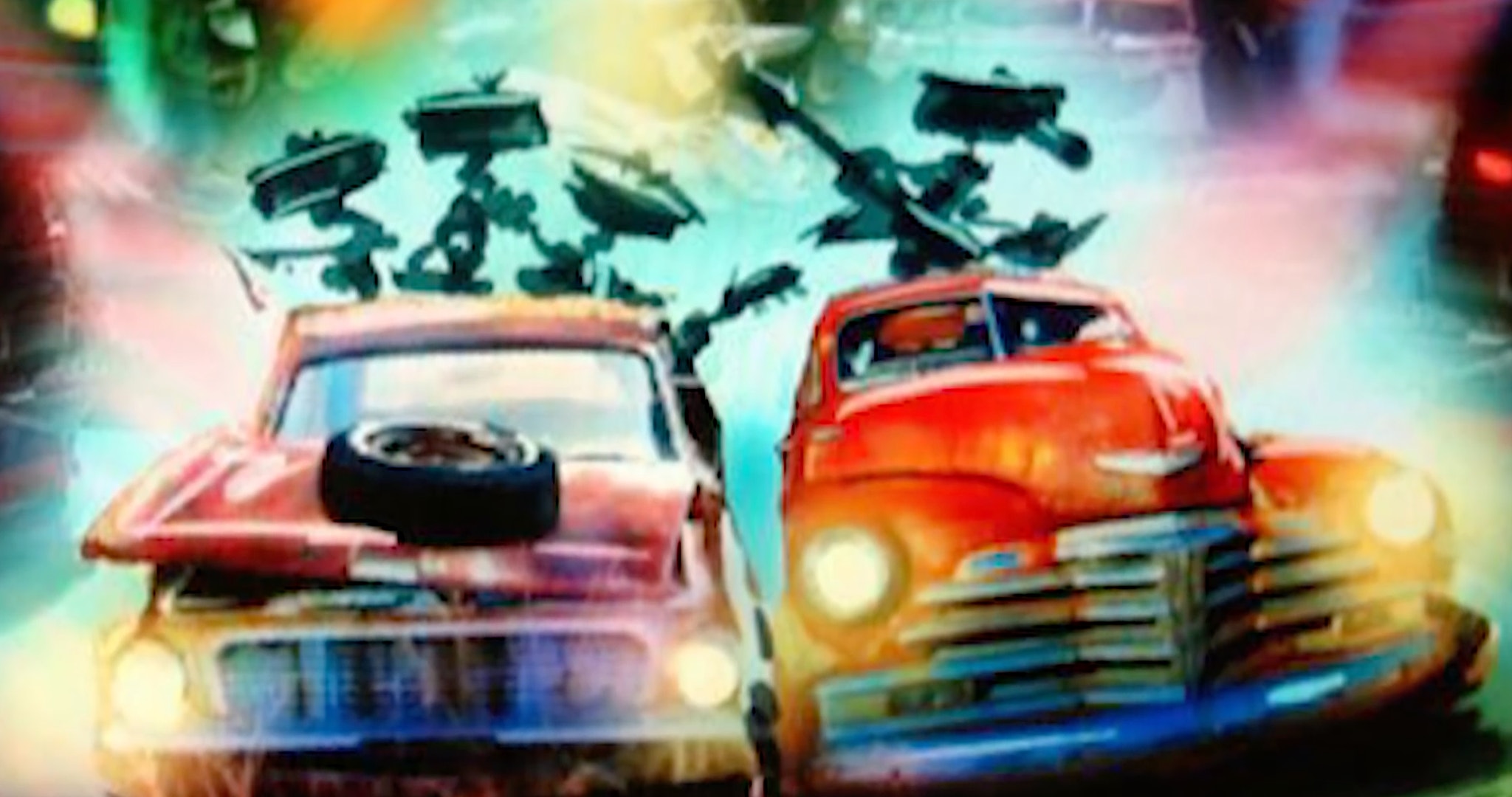 Originally conceived as a show, Junkyard Jamboree would have taken Car Land visitors through an auto salvage yard where old junkers came to life after dark and played music. Animatronic characters built from random car parts would transform into musicians in a band called Johnny V8 and the Rev Tones.

Imagineers dropped the ride concept but kept the name, with Mater’s Junkyard Jamboree reimagined for Cars Land as a cross between a traditional teacup ride and classic whip ride.

If you’ve enjoyed this series on never-built Disney theme park attractions, make sure you check out Part 1, Part 2, and Part 3 for the full, 64-attraction list, and don’t forget to tune in to our WDWNT March Madness 2020 tournament starting this Thursday at 9:00 PM on WDW News Tonight! Got a favorite never-built attraction you’d like to root for? Register NOW for WDWNT’s March Madness (sign-ups end at 11:00 PM on 3/11) and play along to win some fabulous prizes!