WDWNT’s March Madness tournament for 2020 is about to begin (you can read all about it and how to play along for prizes here), so we’re giving you a refresher course on Disney theme park attractions that never made it off of the drawing board. We’ll begin with the WESTCOT bracket below. Here are 16 famous Disney rides, shows, and more that were never built:

When Walt Disney World opened in 1971, it featured many popular Disneyland rides, but not Pirates of the Caribbean. The Western River Expedition was to have been Walt Disney World’s answer to this ride. When plans were being made for the Magic Kingdom, Imagineers had no plans to replicate Pirates. At the time, it was believed by many Imagineers that Florida residents were too accustomed to pirates, as pirates are part of Florida’s local legends and lore. Disney management thought that cowboys and Indians would be more surprising and exciting. However, this led to many inquiries of “Where are the pirates?” and complaints being filed during the early days of the resort’s operation.

The attraction began life as a proposal of a historical recreation of the Western Expansion of the United States, that would have been built on the banks of the Mississippi River in St. Louis, near the Jefferson National Memorial. Animator-Imagineer Marc Davis designed the attraction and characters in the form of drawings and models over a five-years period. Disney executives such as Richard Irvine and Roy Disney both liked the idea when presented with Davis’ concepts. The attraction was to have been located inside, outside and around an architectural feature in Frontierland known as Thunder Mesa Mountain. 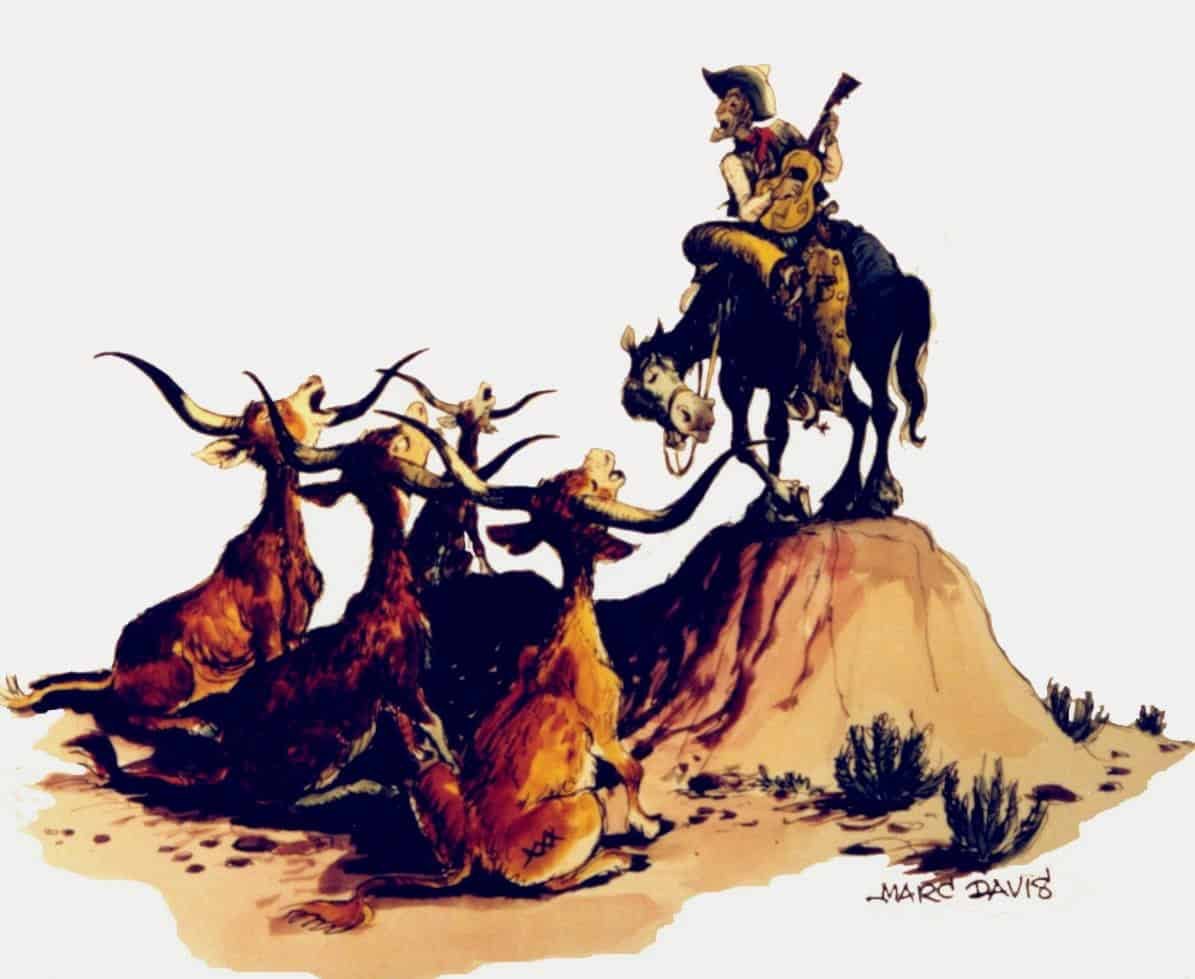 Guests would have entered an inside boarding zone, in a twilight atmosphere (similar to the night atmosphere in Pirates of the Caribbean). After boarding a wooden launch, riders would have glided up a waterfall. The ride’s narrator, Hoot Gibson (an audio-animatronic owl) would explain the ride’s safety instructions. Then, guests would have passed by peaceful scenes in the wilderness, featuring buffaloes or prairie dogs. They would then encounter banditos robbing a stagecoach, warning them they would meet again downriver.

Many following scenes would then take place in a fictional town known as Dry Gulch, where guests would have witnessed a musical show (a bank robbery, prisoners escaping the Sheriff’s cells via a tunnel, a saloon with a cowboy on horseback on its roof, plus ten other characters including a bartender trying to shoot the intruder off the roof, three saloon girls, and other cowboys hooting and hollering. Then, back into the wilderness, guests would have discovered Indian adobe houses, and even witnessed a rain dance that causes it to rain on the set. The ride would finally come to an end with guests about to be robbed by the aforementioned banditos, but escaping via a waterfall-drop finale. 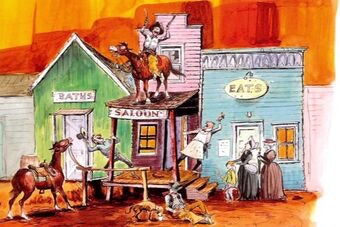 You can read more about the Western River Expedition here. 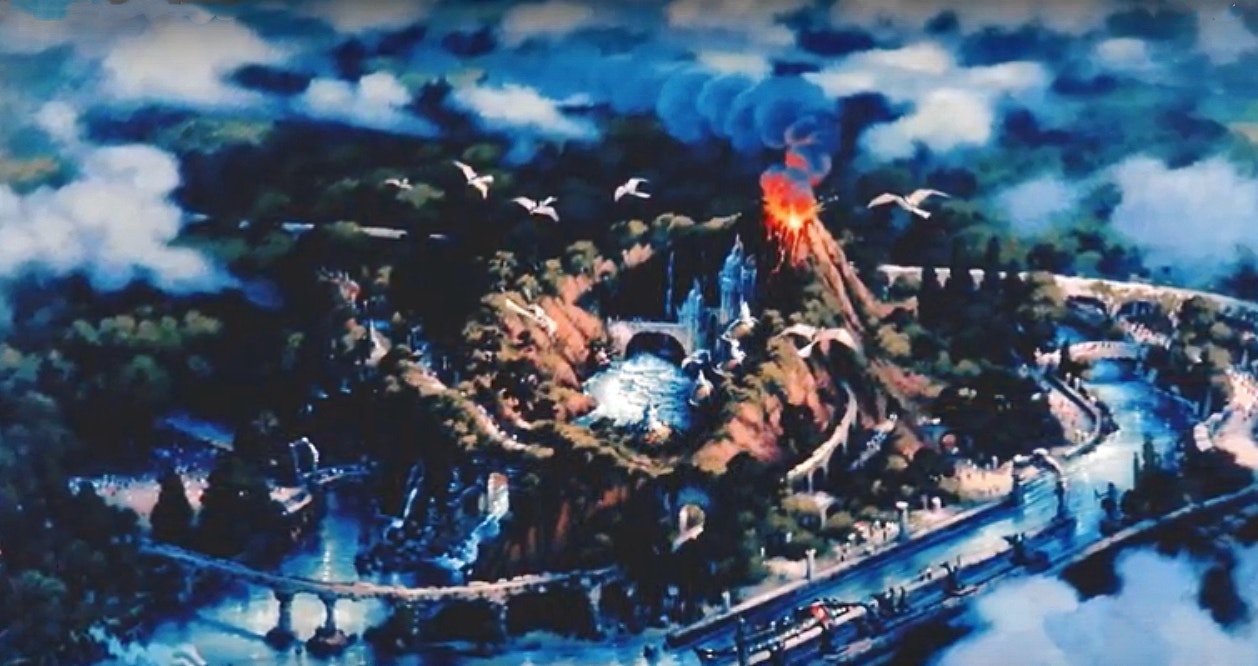 The ride would have been a re-theming of the Submarine Voyage (which had closed in 1998), based on the movie Atlantis: The Lost Empire. It would have also replaced The Autopia. Guests would have been able to use a mechanical arm that extended out into the water from their submarine window to grab at gold coins & gems lining the sea floor. 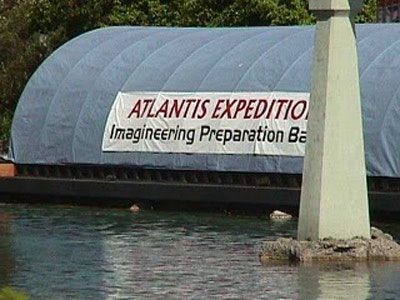 Atlantis: The Lost Empire bombed at the box office and the idea was scrapped. Eventually the ride was reopened in 2007 as the Finding Nemo Submarine Voyage. 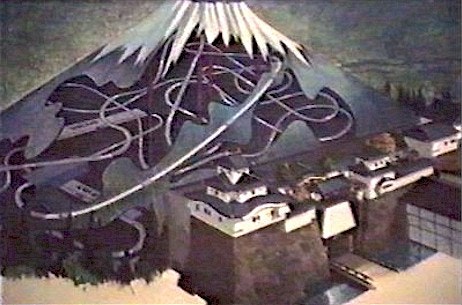 Inspired by proposals to bring a version of the Matterhorn to a planned Switzerland Pavilion, the Japan pavilion was to recieve a gigantic recreation of Mount Fuji. As with most Disney mountains, this mountain would have contained a roller coaster ride. In fact, it would have been EPCOT’s first, a title Guardians of the Galaxy: Cosmic Rewind will claim instead. 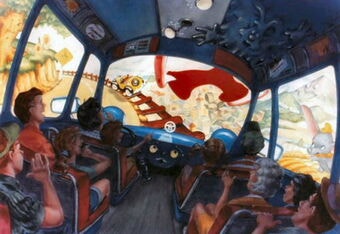 In the 1990’s, The Disney-MGM Studios and Disneyland were supposed to add a Roger Rabbit simulator ride called the “Toontown Transit” based the movie Who Framed Roger Rabbit. 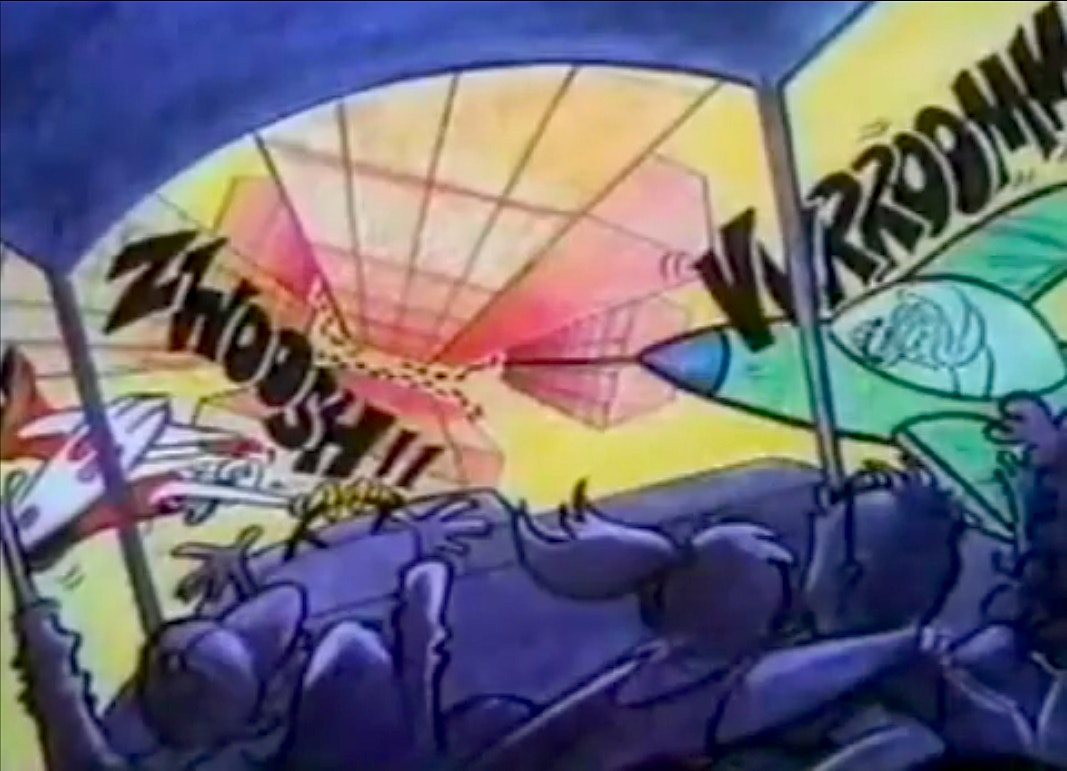 It would have been a madcap adventure aboard flight simulators surrounded by animated screens to take guests on a “hare-raising” ride through a zany cartoon world with Roger. The vehicle would’ve been a Toon bus named Gus. 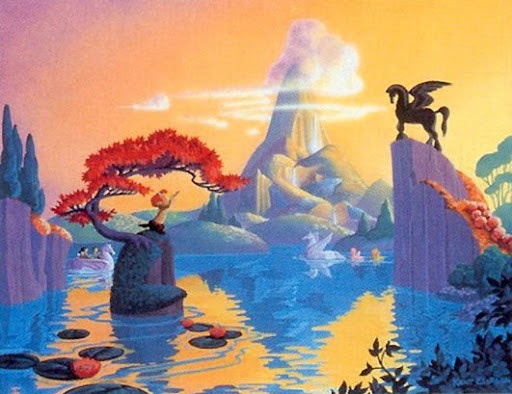 The Fantasia Gardens boat ride would have been a musical jaunt inspired the animated Disney film Fantasia, located inside the infamous unbuilt land at Disney’s Animal Kingdom, Beastly Kingdom. 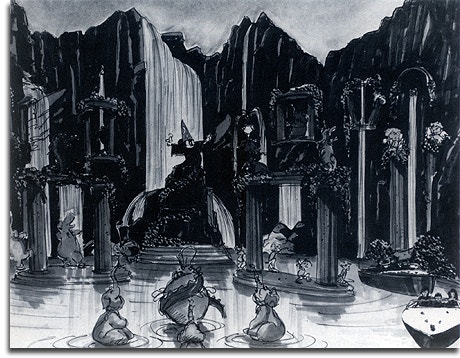 The idea of a Fantasia-based boat ride goes back to the 1960’s at Disneyland, but then was discussed as a replacement for the Magic Kingdom’s Swan Boats in the 1980’s. Claude Coates had considered a walk-through version of the Fantasia Gardens ride, but this idea was adapted when they were looking to replace the Swan Boats after they closed in 1983.

Museum of the Weird – Disneyland Park

During the development of the Haunted Mansion and the varying discussions over what creative direction the project should go into, Rolly Crump, one of the newer additions to the Imagineering crew, sought to go beyond the typical haunted house approach. His work for the Mansion was decidedly more surrealistic and occultic compared to the rest of the work being produced. 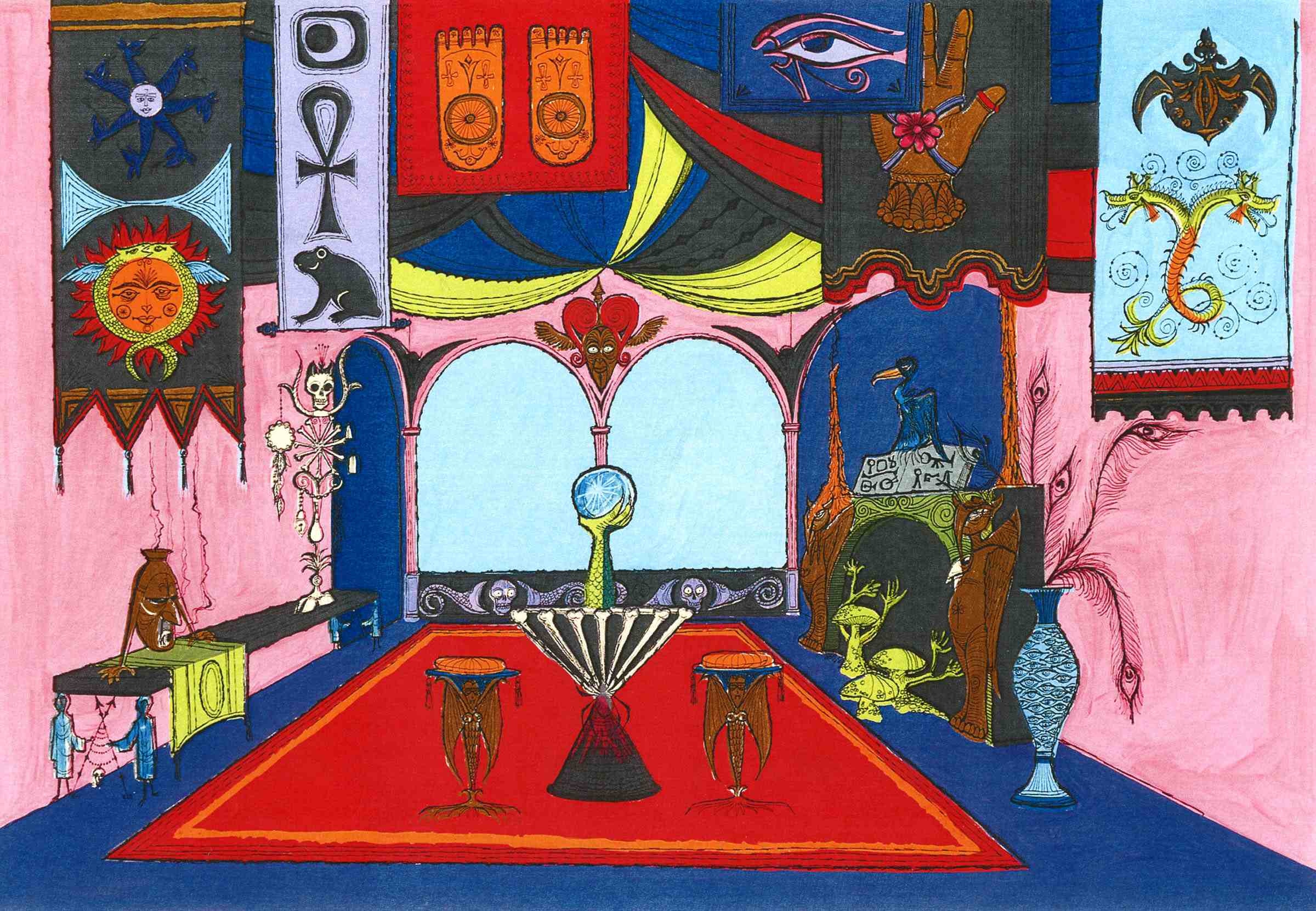 While taking a look through the WED workshops in meetings on the Mansion project, a table of Rolly’s models and pieces captured Walt Disney’s attention and imagination. The following morning, Walt came up to Rolly remarking that he spent all night thinking about all that weird stuff and felt that it deserved it’s own showcase. The resulting idea, which became known as the Museum of the Weird, was conceived of initially as a sort of lobby area for the Haunted Mansion, but expanded into more of a standalone walkthrough attraction adjacent to the Mansion grounds. However, Walt’s death lead to the project being scrapped, though a few of Rolly’s ideas inspired features of the Mansion itself. 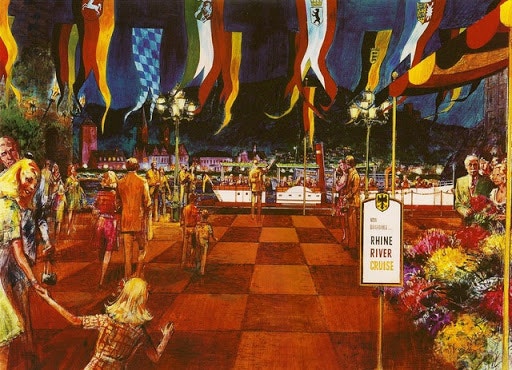 Located in the Germany pavilion at EPCOT (space was even left for it, that’s how far along it got), the attraction was set to feature a number of places and events throughout Germany such as Oktoberfest, Black Forest, Heidelburg and Ruhr Valley. 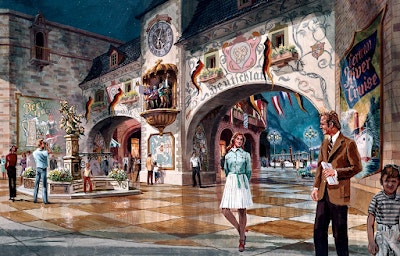 Not many details are known, but the boat ride likely would’ve been a German version of El Rio del Tiempo in the Mexico pavilion. 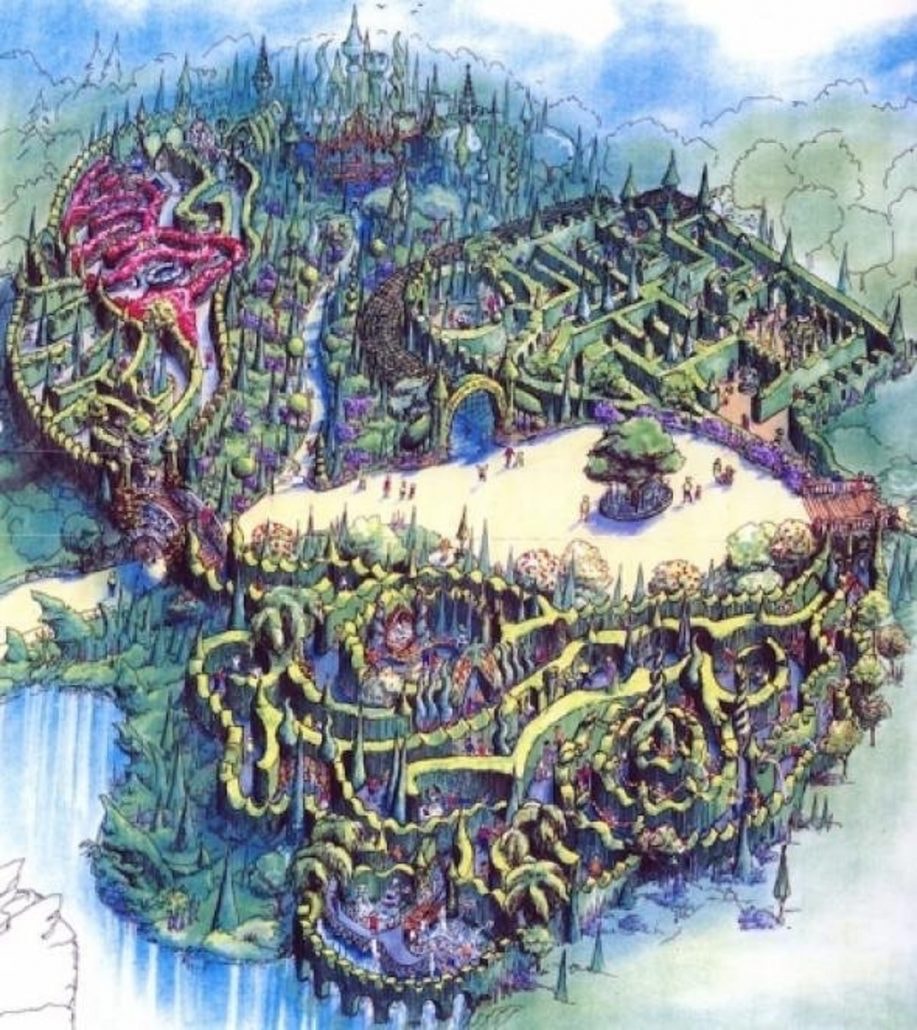 Another Beastly Kingdom entry, the good realm of the unbuilt land would have had the attraction Quest of the Unicorn. 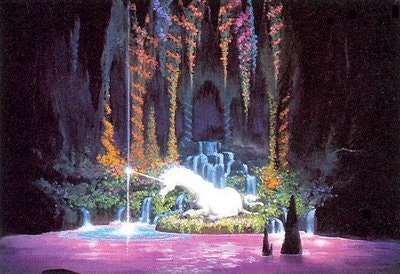 This would have been a mythological maze that lead to the grotto where the unicorn lived. 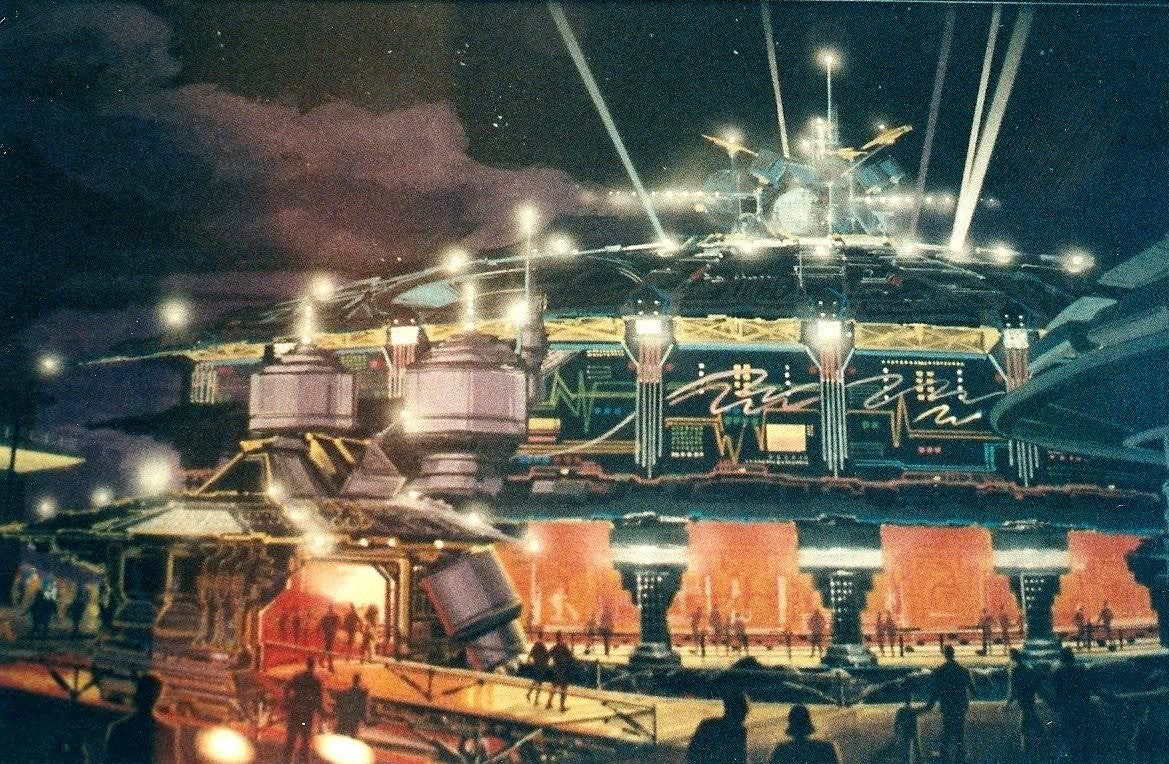 “Plectu’s Fantastic Galactic Revue” was set to be an alien musical revue show in the carousel theater at Disneyland as part of the cancelled Tomorrowland 2055 project.

Characters in the show included the flying circus’ three-armed ringmaster, P.T. Quantum as well as some giant swamp creature that rose out of the muck and sang operatic arias with its multiple mouths. It may have also been envisioned for Walt Disney World at one point. 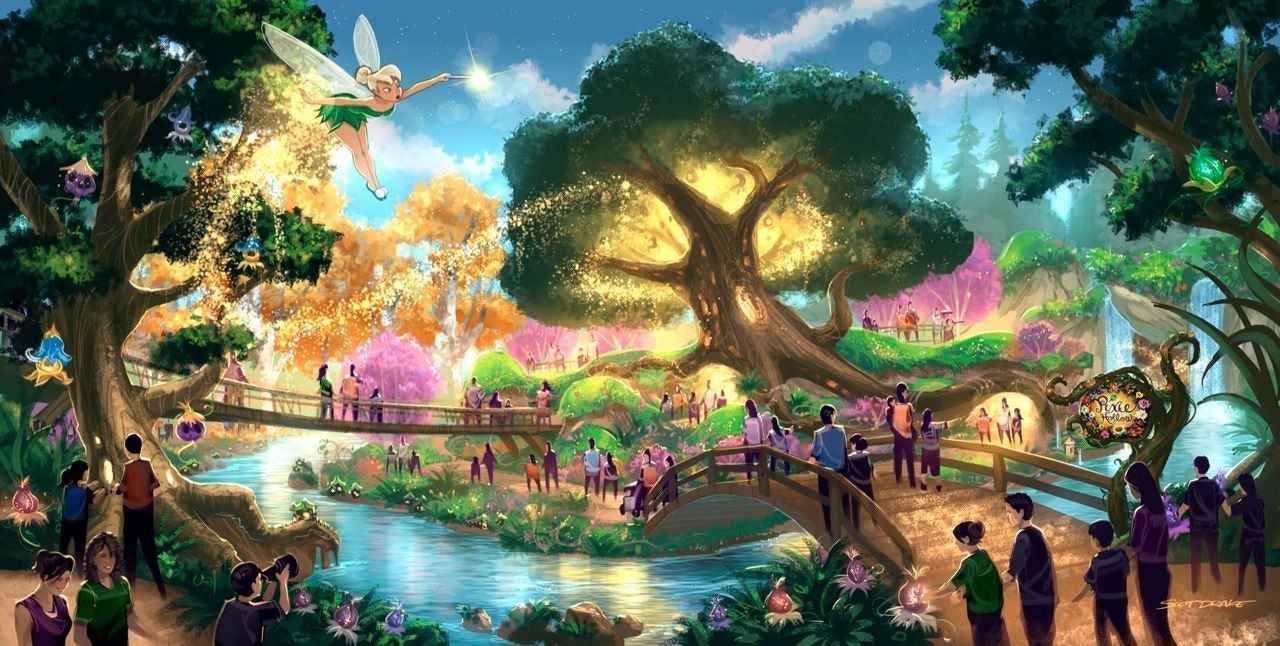 Announced in 2009, this area was part of the New Fantasyland expansion at the Magic Kingdom. Eventually axed in favor of Storybook Circus, Pixie Hollow would’ve included meet and greet experiences and, at one point, a “Cheese the Mouse” version of Mater’s Junkyard Jamboree. 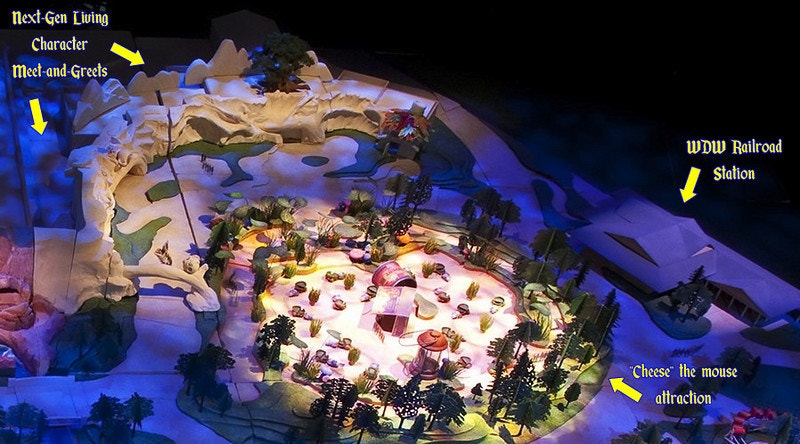 You can see more of the model above in our post showcasing the model of the original New Fantasyland plans here. 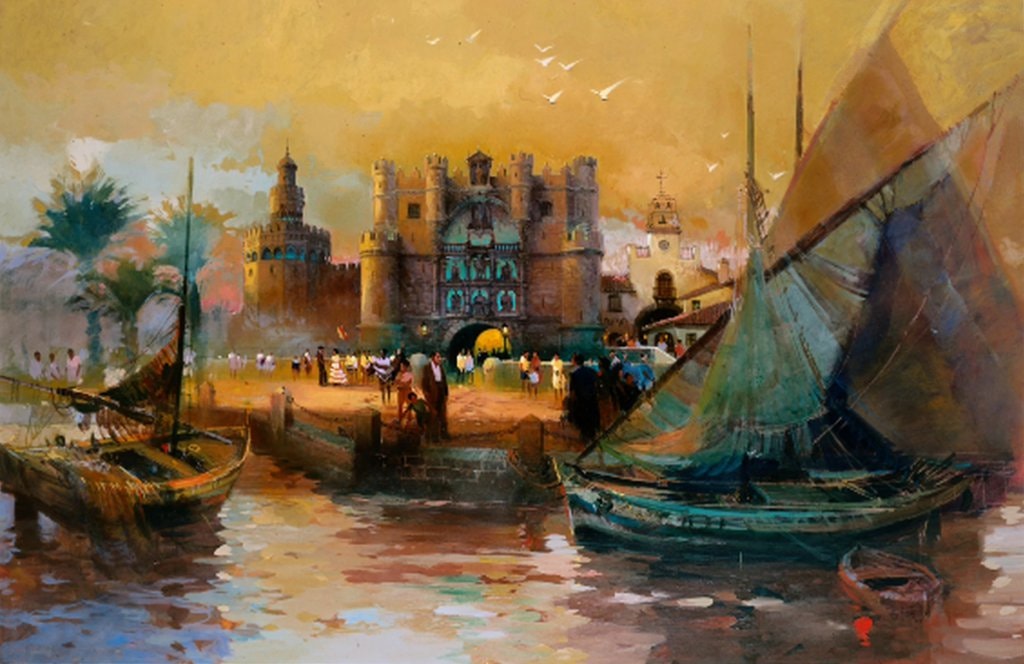 The Spain pavilion was announced for World Showcase. The proposed land would have featured two different attractions; a film showing landmarks throughout the country and a dark ride that depicted the country’s heritage, arts, and culture. The main dining location would have been a waterside tapas restaurant offering small plates of Spain’s customary cuisine. 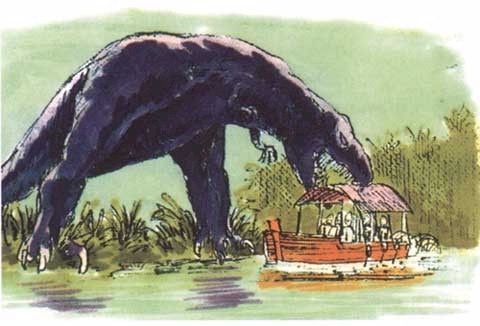 A rapids ride featuring dinosaurs relocated from the Primeval World diorama that would’ve been built in Discovery Bay. 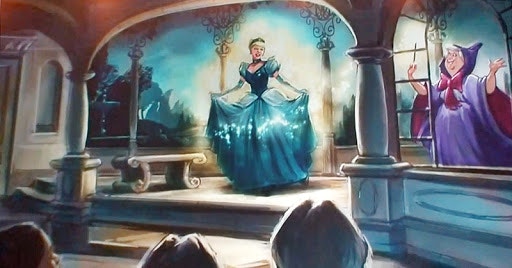 Envisioned for New Fantasyland, the original plans for Cinderella were at her Chateau where guests would either be knighted (boys) or help her change into her ball gown and dance with her (girls) in an interactive meet and greet experience.

What would have been Disney’s first shooter ride, this one was planned for Disneyland and featured their live-action film The Black Hole. 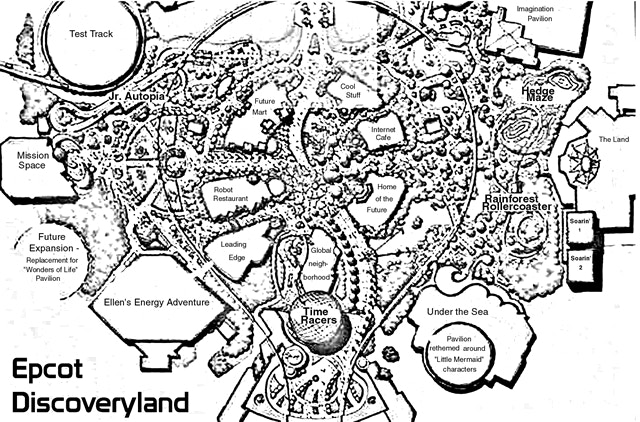 As part of the mostly-unbuilt Project Gemini overhaul of EPCOT, there were plans for a car ride for youngsters too small to ride Test Track. It would have been a lot like the Tomorrowland Speedway. Some of the space planned for this ride is now the upcoming Space 220 Restaurant. 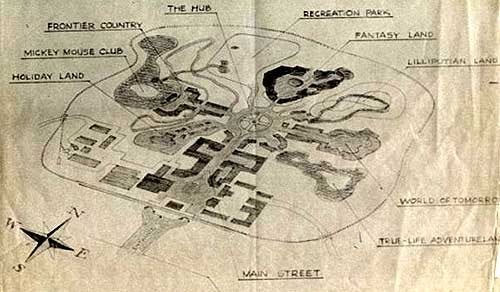 Initially planned to be located between Tomorrowland and Fantasyland, Lilliputian Land was going to be a miniature Americana village inspired by the world of Gulliver’s Travels. The land wasn’t going to have much else going on, but there were plans for miniature animated human figures around the village. This train and boat ride combination eventually evolved into the Casey Jr. Circus Train and Storybookland Canal Boats.

If you’ve enjoyed this series on never-built Disney theme park attractions, make sure you check out Part 2, Part 3, and Part 4 for the full, 64-attraction list, and don’t forget to tune in to our WDWNT March Madness 2020 tournament starting this Thursday at 9:00 PM on WDW News Tonight! Got a favorite never-built attraction you’d like to root for? Register NOW for WDWNT’s March Madness (sign-ups end at 11:00 PM on 3/11) and play along to win some fabulous prizes!

Next
PHOTOS: New “Mulan” Open Edition MagicBand Gets Down To Business at Walt Disney World