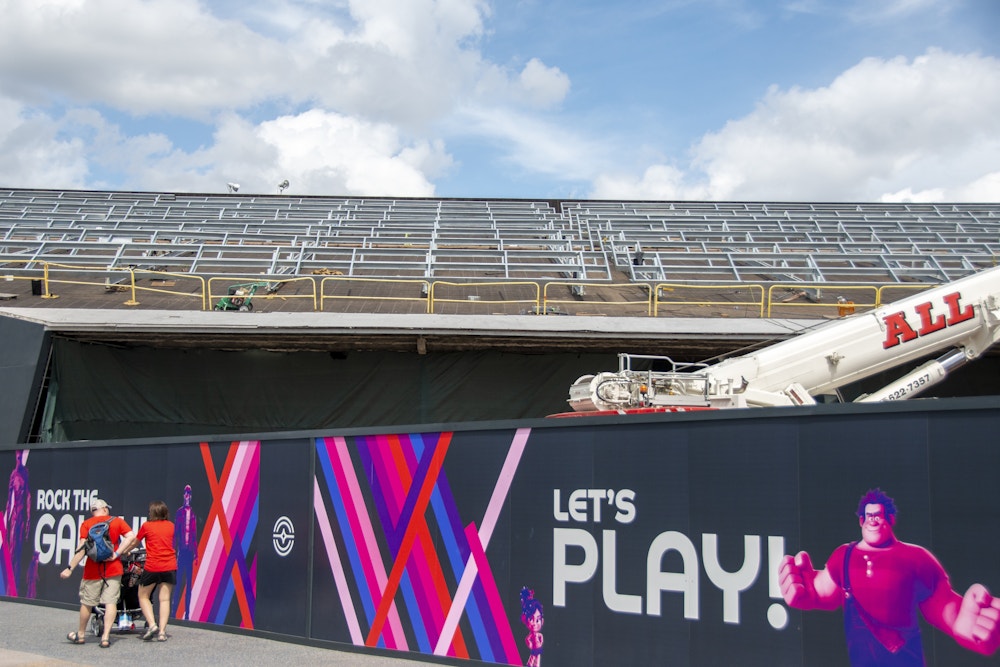 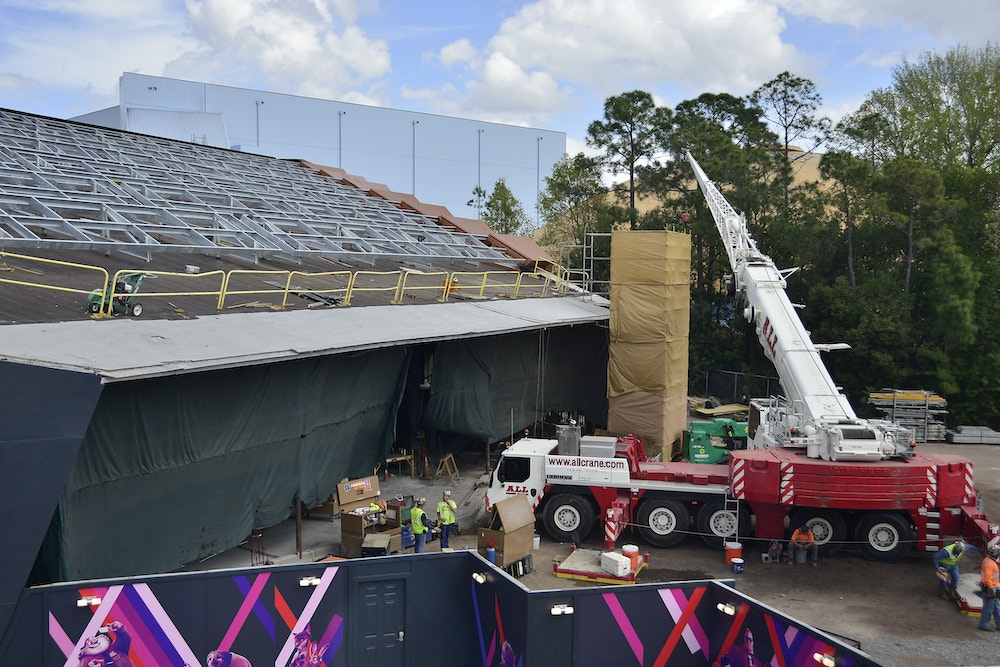 Over at the site of Guardian of the Galaxy Cosmic Rewind, the majority of the solar panel frames on the roof are in place. 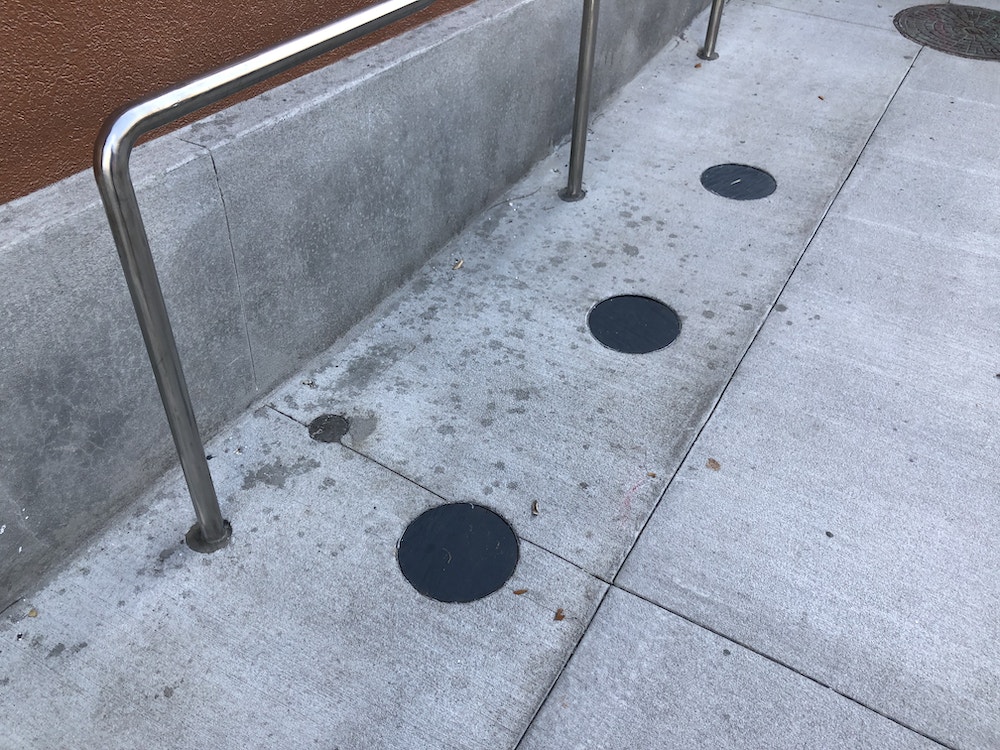 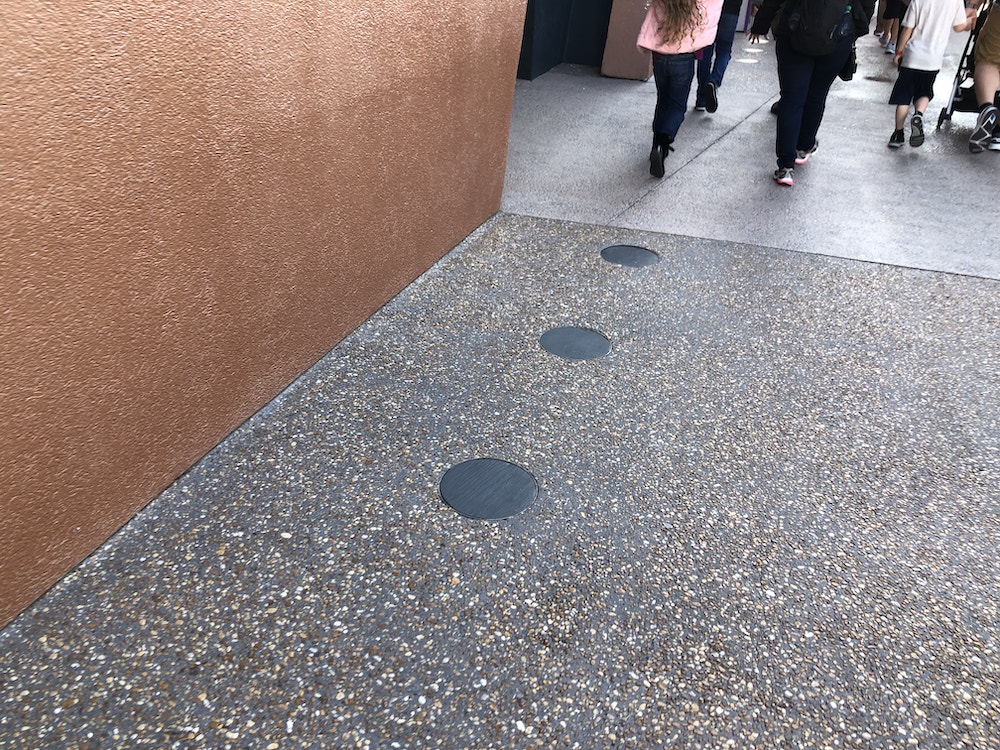 Along the east entrance bypass that takes guests alongside the attraction’s building, wood pieces cover circular holes in the ground where lights will eventually be located. 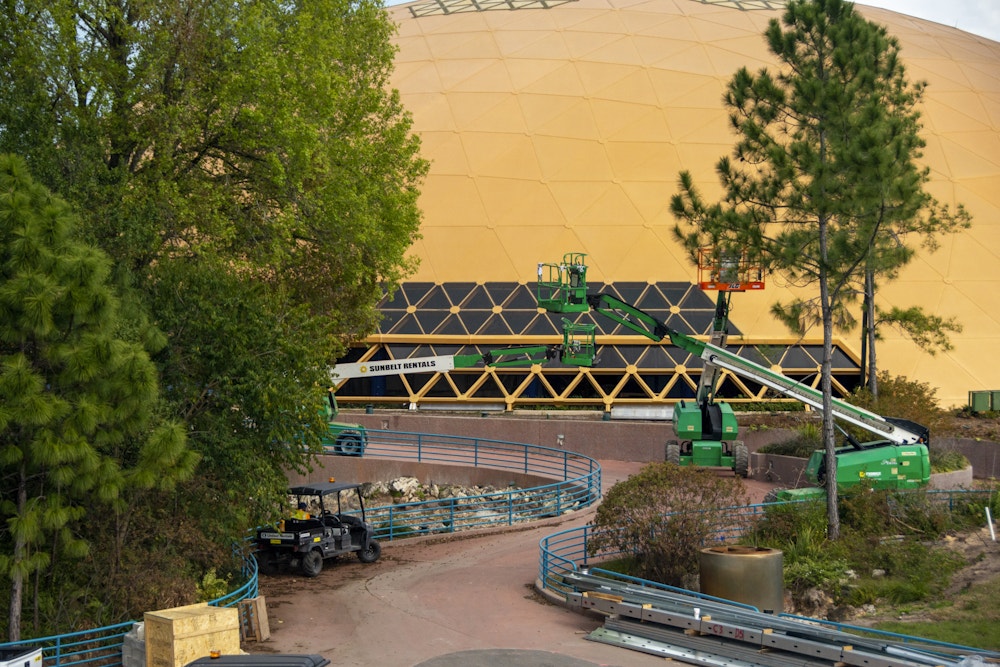 Work on the Play! pavilion remains quiet, at least on the exterior. 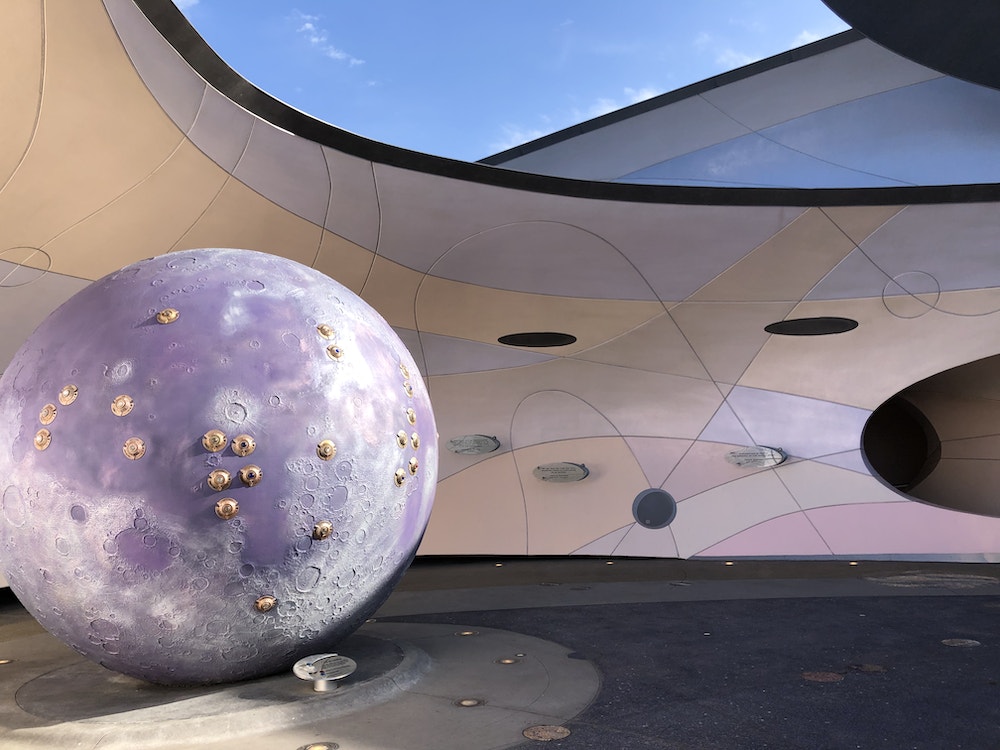 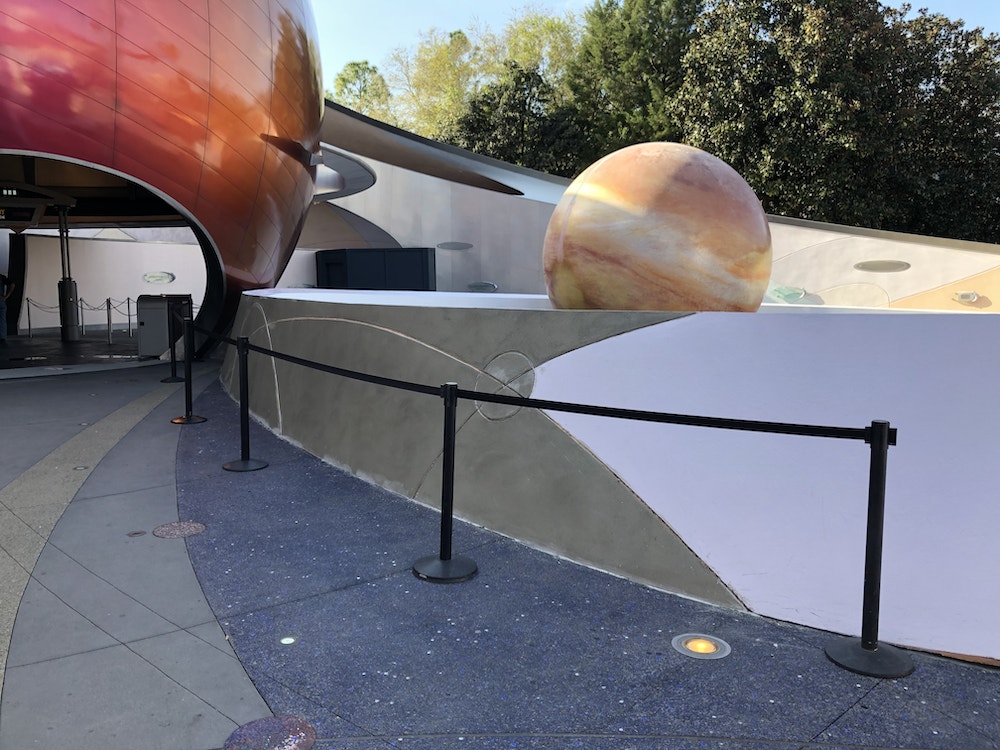 More fresh paint is being applied around the Mission: SPACE courtyard. Some sections remain roped off as work continues in the area. 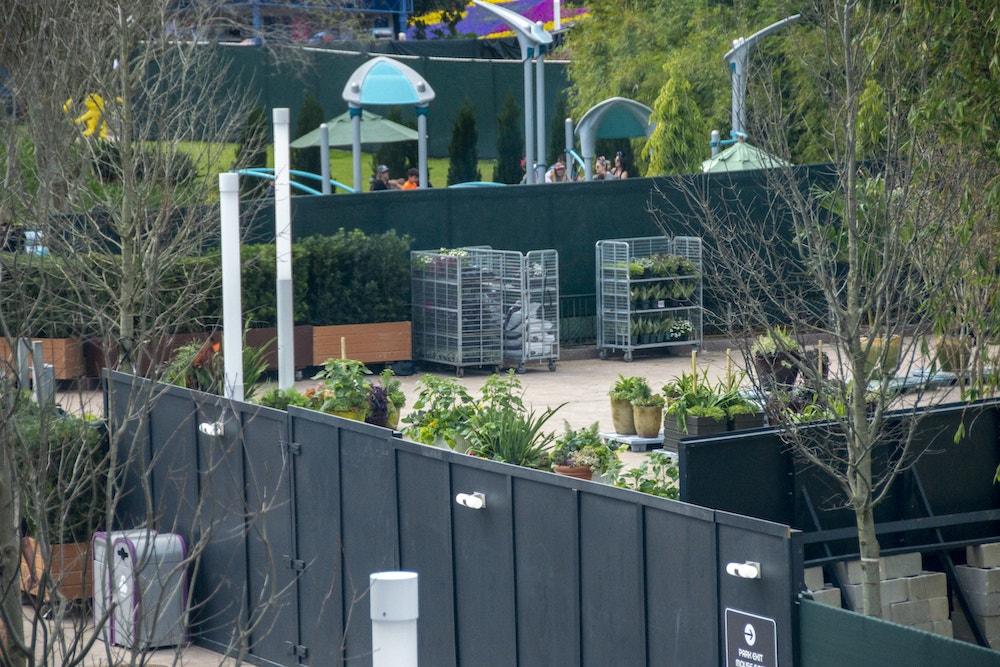 Over behind the former rear exit to Mouse Gear, countless planters and pots have been staged here for placement around the park for the upcoming Flower & Garden Festival. 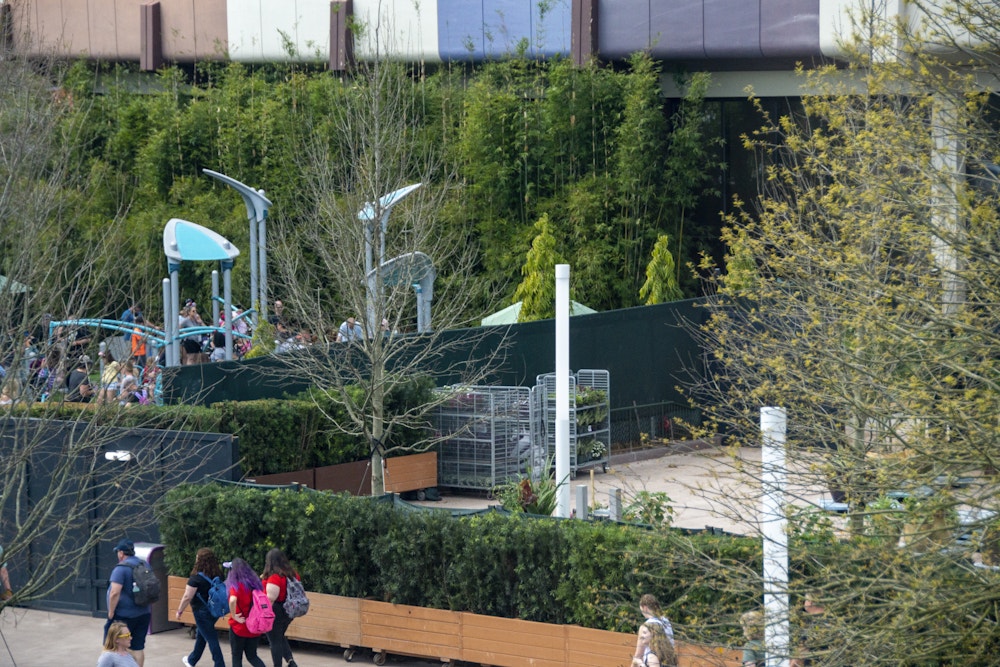 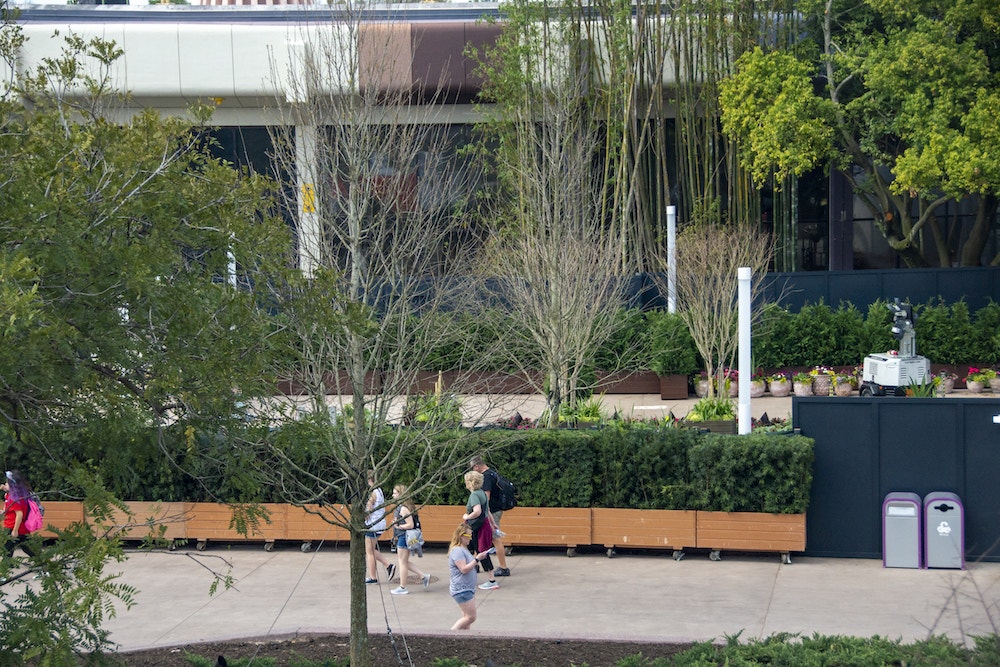 Several large trees have also been planted here since we last noticed them last week. 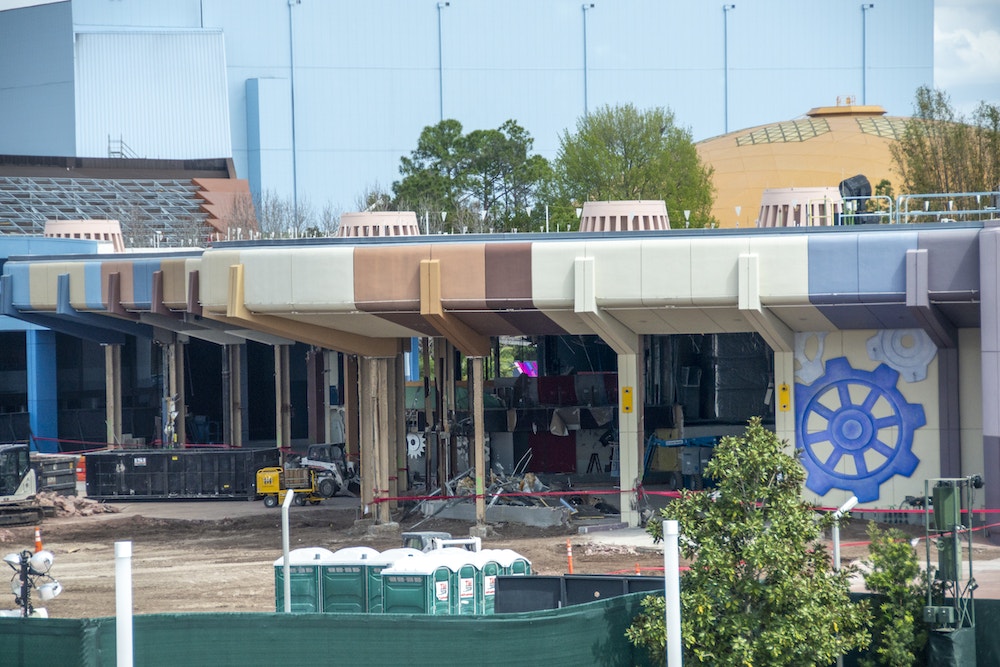 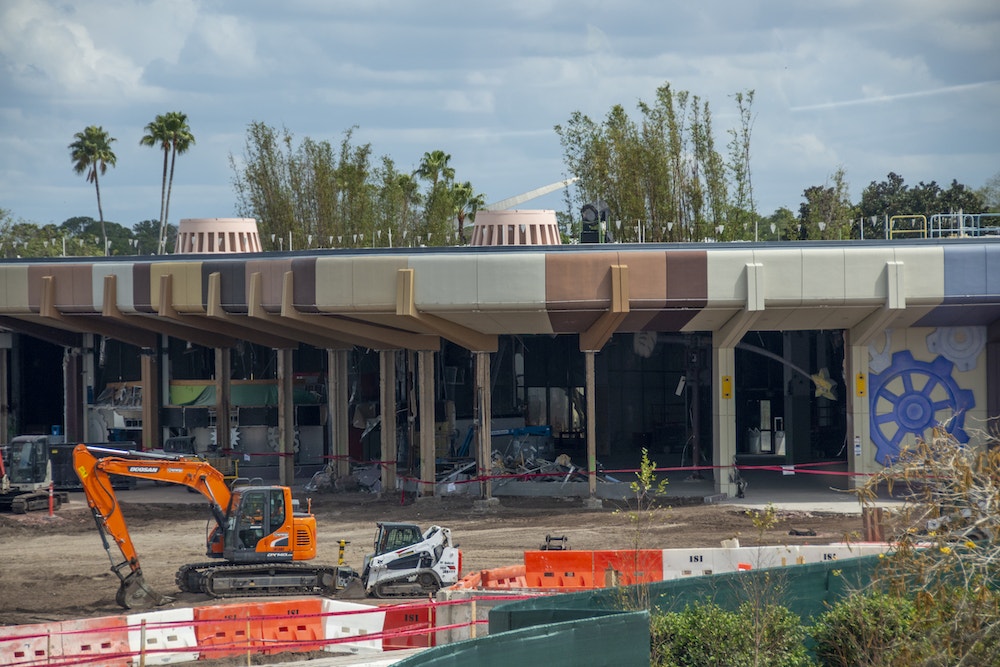 Work on gutting (the original) Mouse Gear continues as more debris piles are removed from the building. 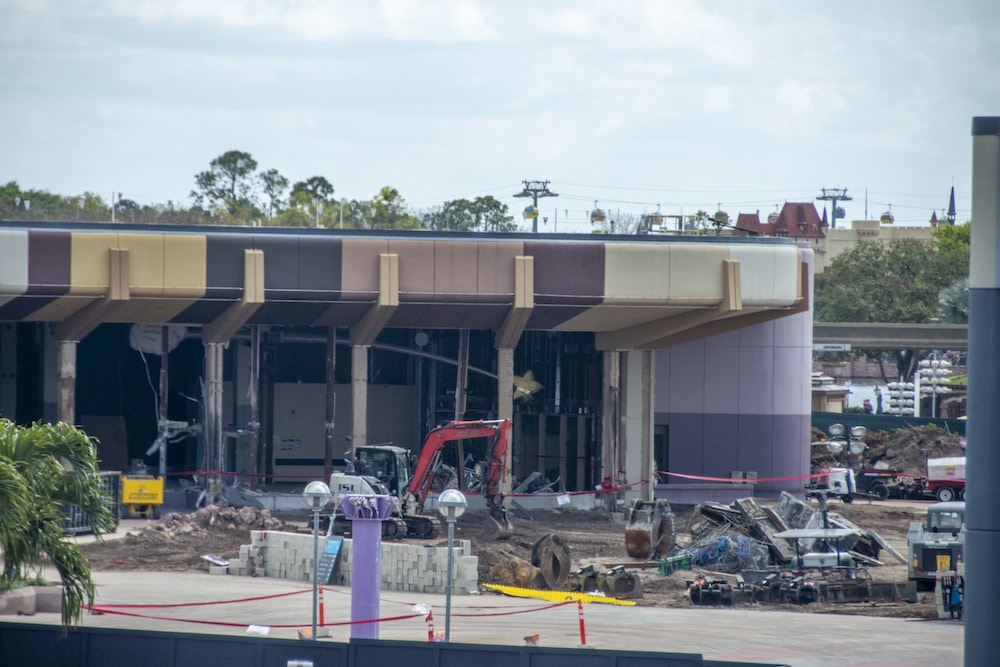 Some additional walls have been removed from the interior as work on the revitalization of the store continues. 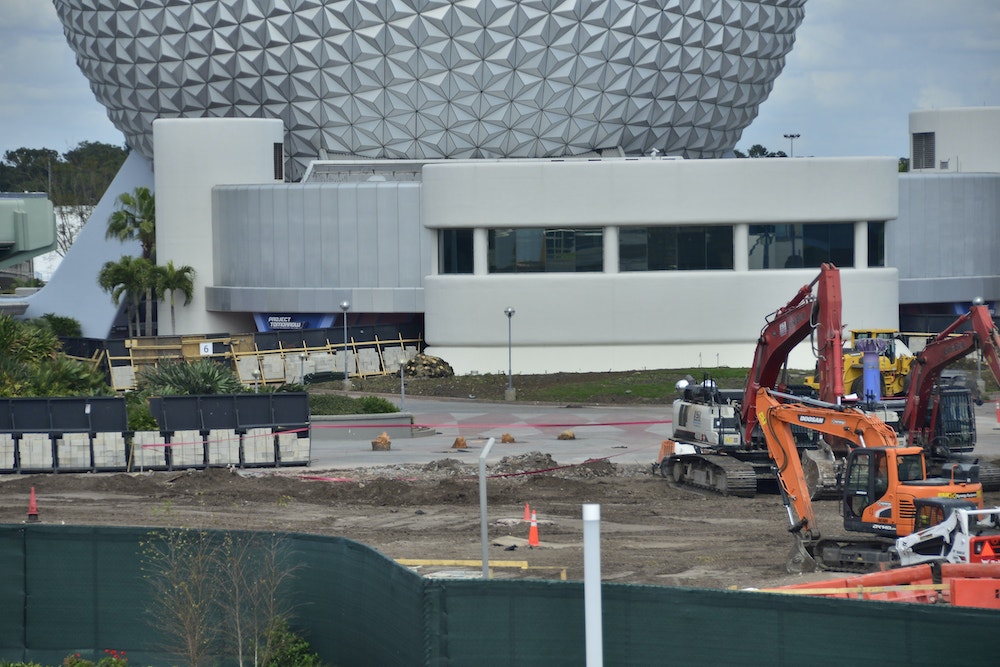 Over inside the Future World plaza, palm trees that used to inhabit the area have been cut down to their bases in several areas. Landscaping has also been removed from behind Spaceship Earth. 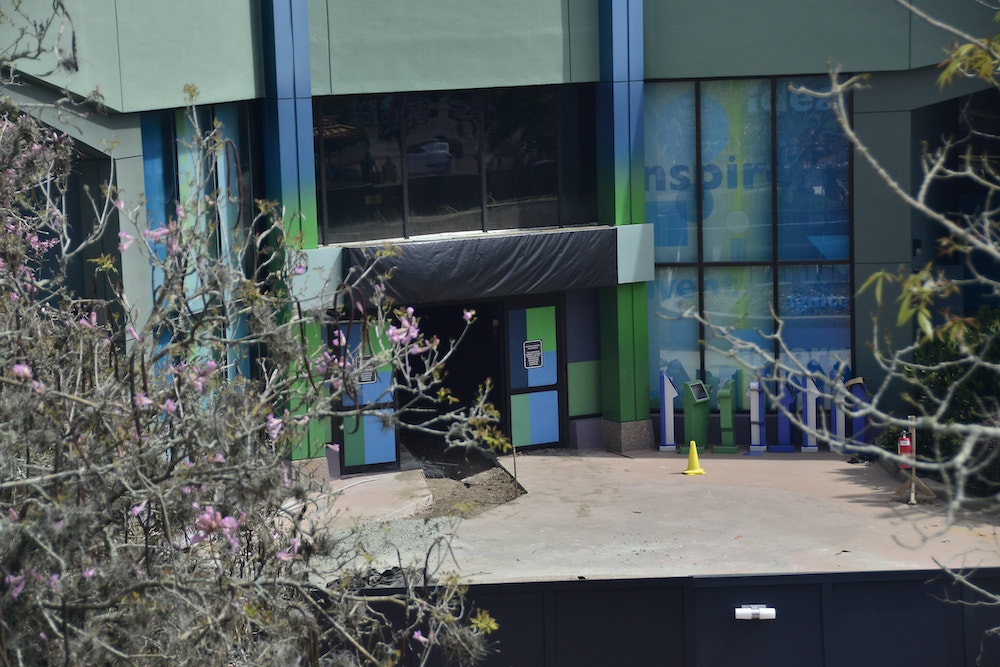 At the former Character Spot site, work is starting to begin here as well. This building will eventually be completely removed, much like its neighbor, the former home of Club Cool and Fountainview Cafe. We can also see some FastPass+ kiosks have been removed and stored behind the construction walls here. 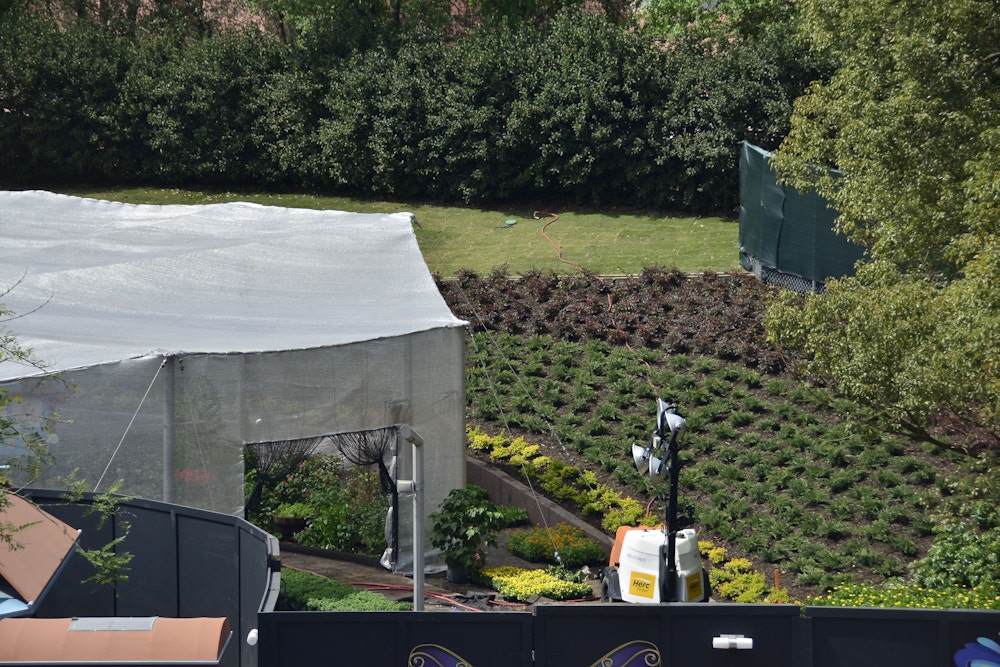 Over between Imagination! and The Land, the butterfly garden is almost completed for the 2020 Flower & Garden Festival. 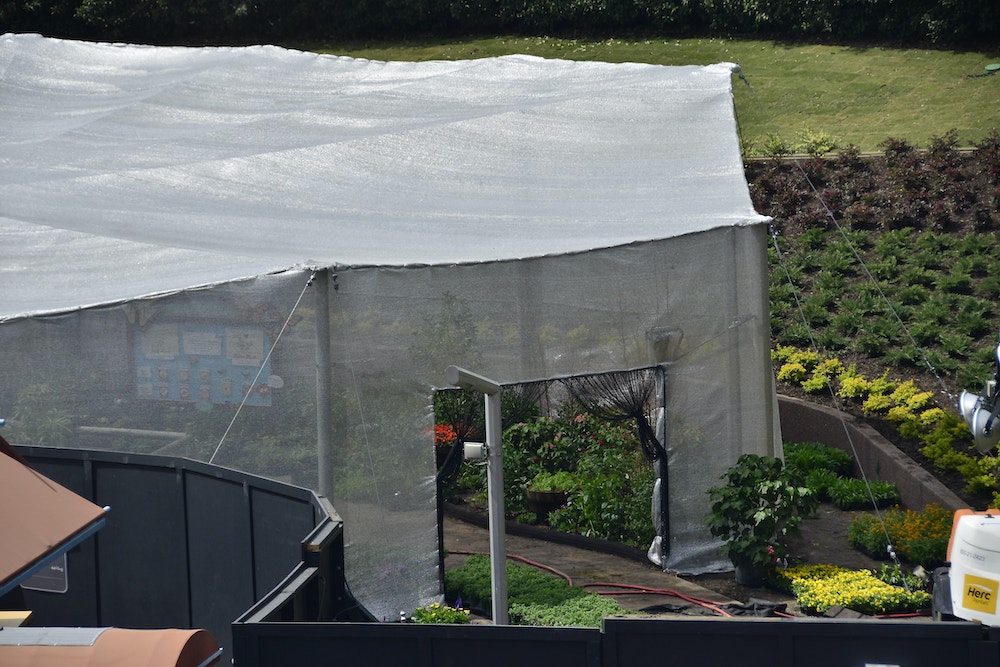 Inside, we can see plants are in place and walkways are being put down for guests to arrive in just a few days.

That does it for our update in Future World. Which project are you most looking forward to being completed? Let us know in the comments below.