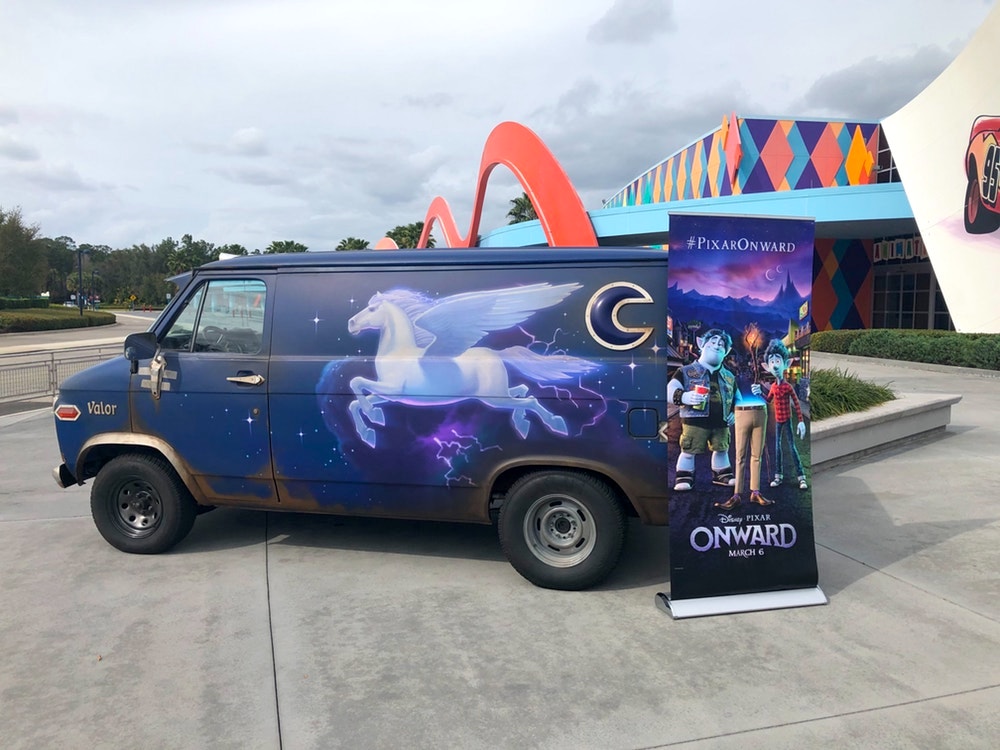 Behold! Guinevere, the semi-trusty van from the film Onward, has taken rest at an area of relaxation and animation… Disney’s Art of Animation Resort! 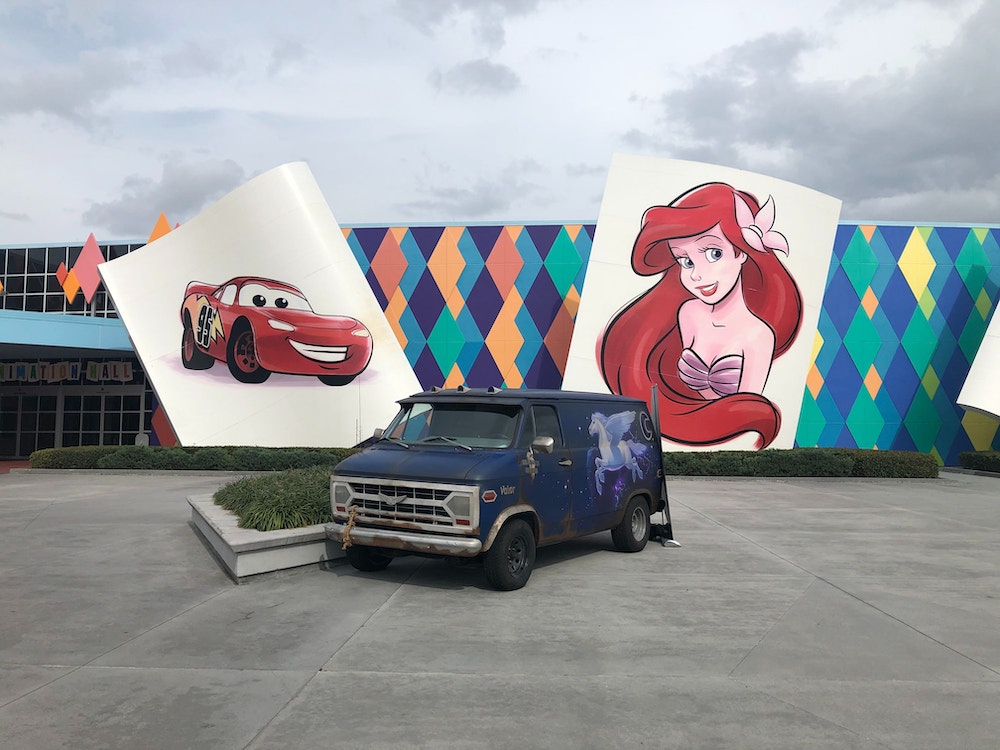 The van appeared outside the resort’s entrance today in an unceremonious display. (Well, at least less ceremonious than what it got at Disney California Adventure.) 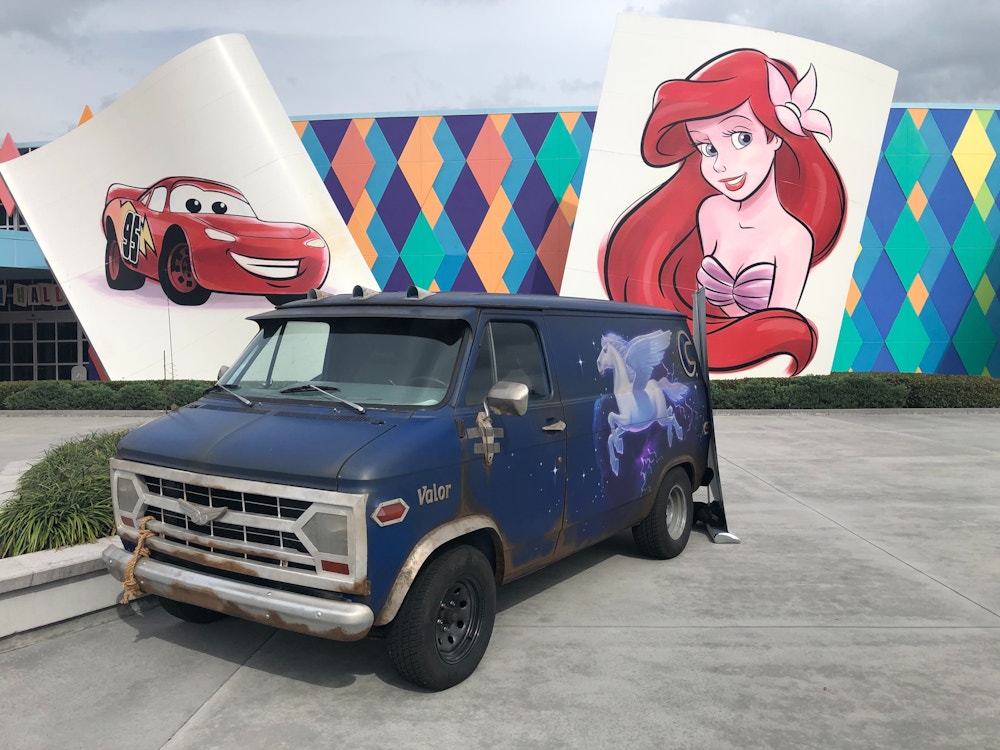 Without the Onward banner next to the van, an uninformed guest might mistake it for a mis-parked car. 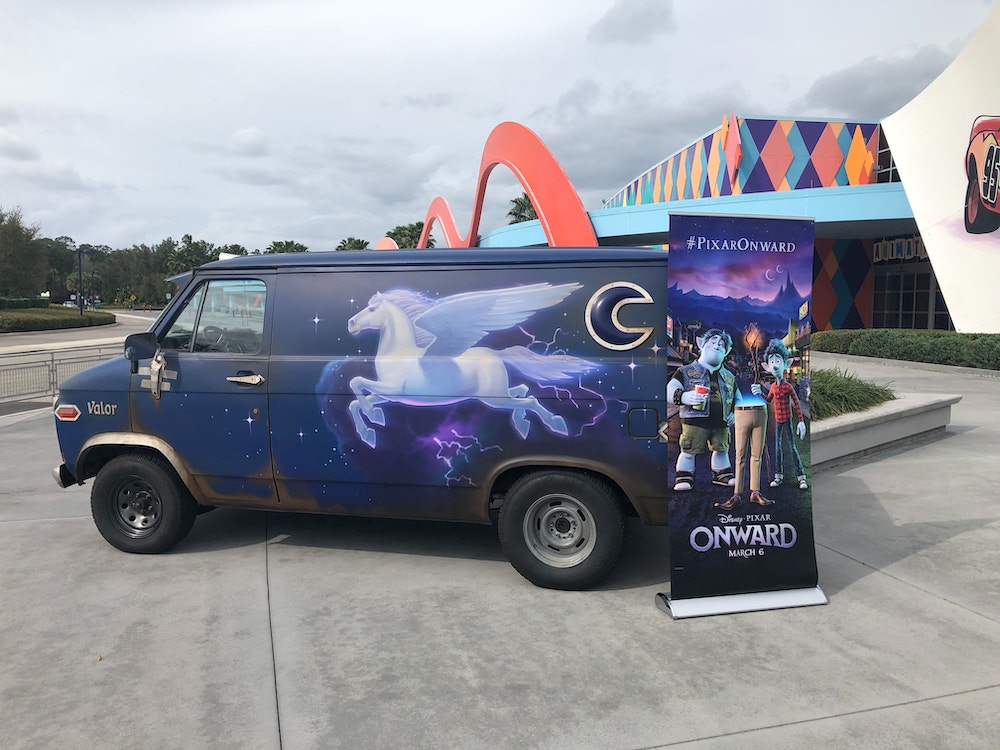 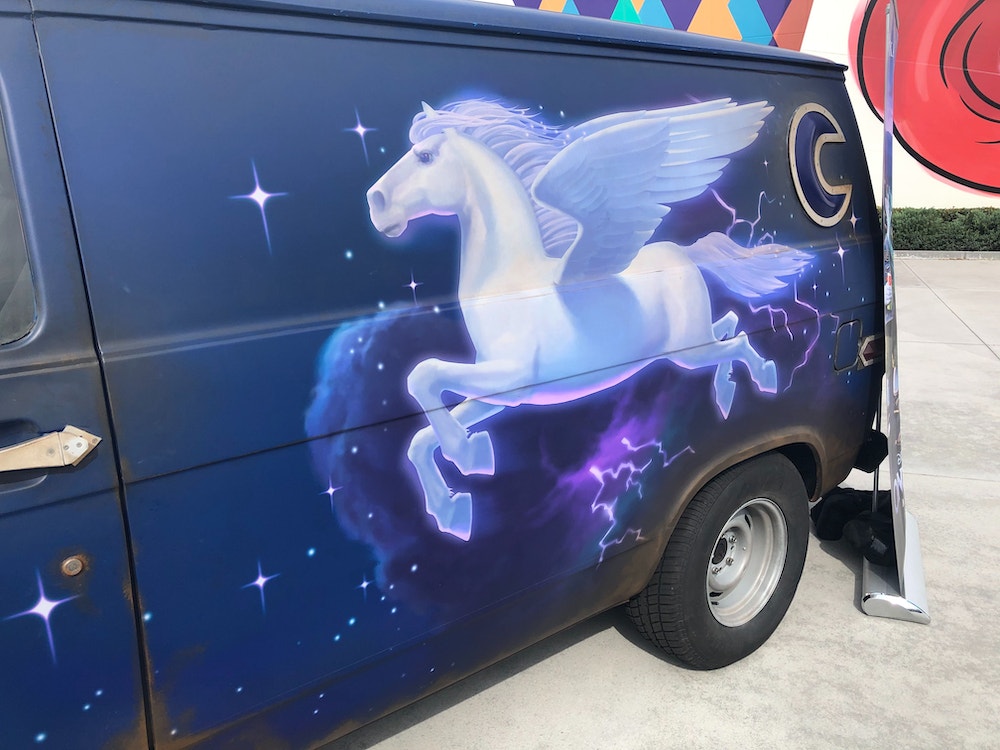 Still, Guinevere looks like it’s ready for the next adventure! 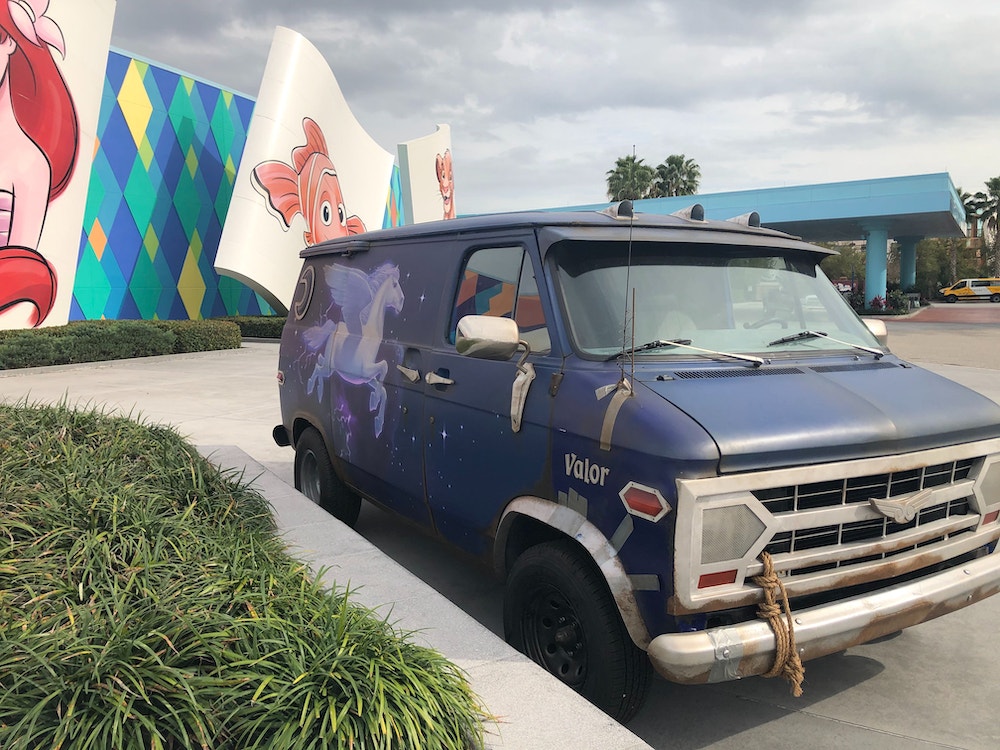 We asked several cast members as to how long this photo op would be at the resort, but none could offer a definitive answer. We expect it to either stay here for a few more days, or possibly tour other resorts on property. So if you’d like to quest to Disney’s Art of Animation Resort to see this van for yourself, we’d suggest you hurry… unless you have a spare “One More Day” spell up your sleeve.

REVIEW: “Onward” Has Its Moments, But It Is Far From Pixar’s Best