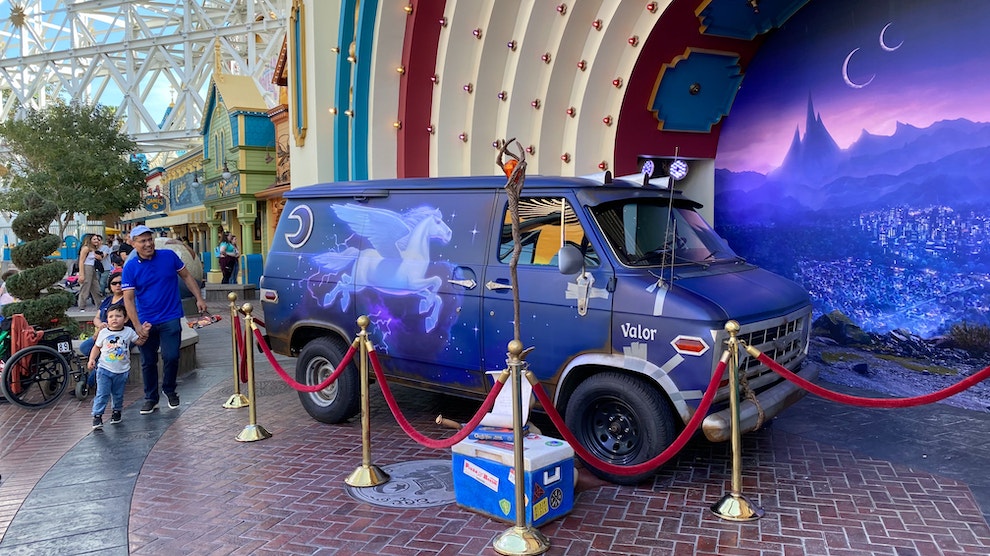 Forsooth! Guinevere, the van that belongeth to the family Lightfoot, hath traversed to the magical realm of Anaheim, where it doth await excited visitors! 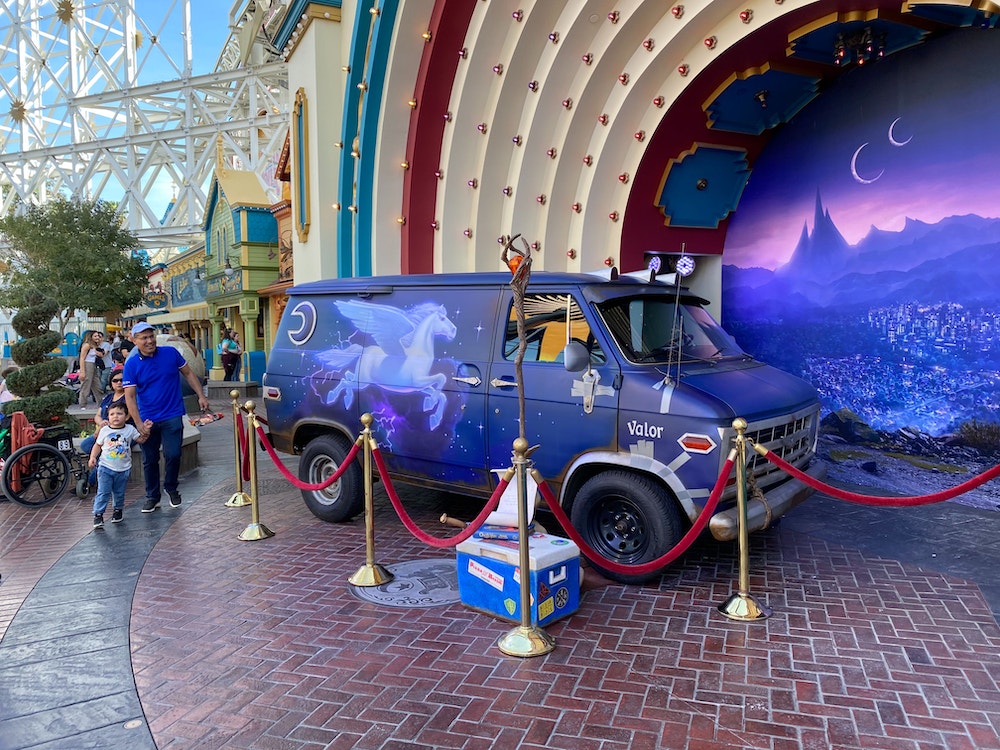 And for those of you not into ye olde language: Guinevere, featured in the upcoming Disney/Pixar film Onward, has arrived at Disney California Adventure’s Pixar Pier for a limited-time photo opportunity. 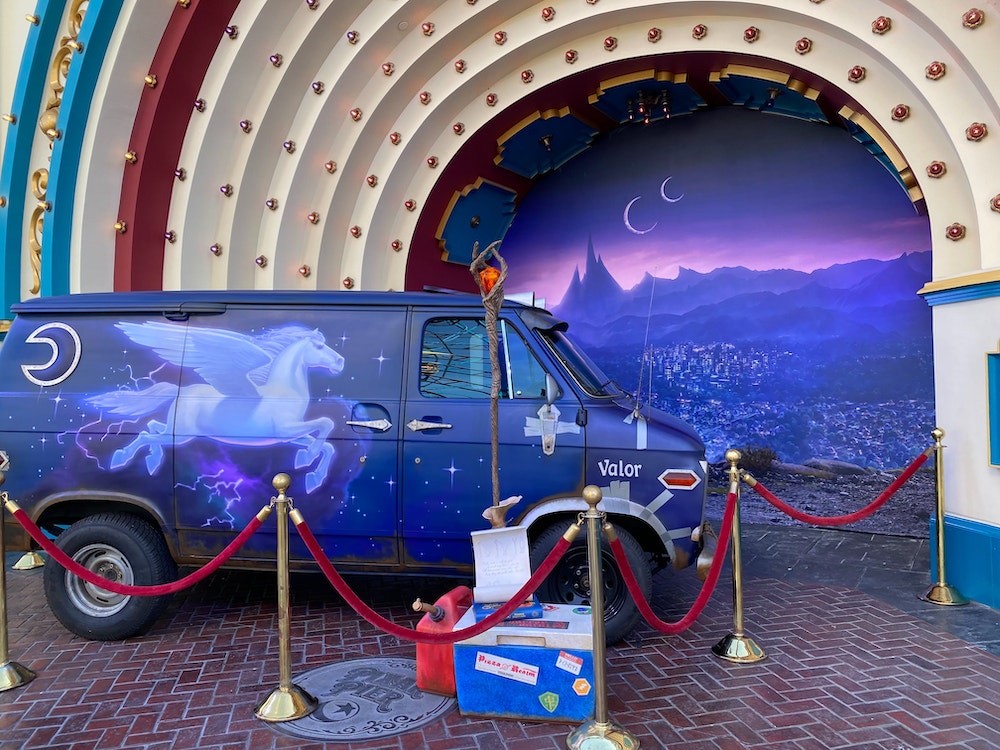 Arriving just in time for Disneyland After Dark: Pixar Nite, guests can get up close and personal with the van, as well as with two of the film’s main characters: Ian and Barley Lightfoot. 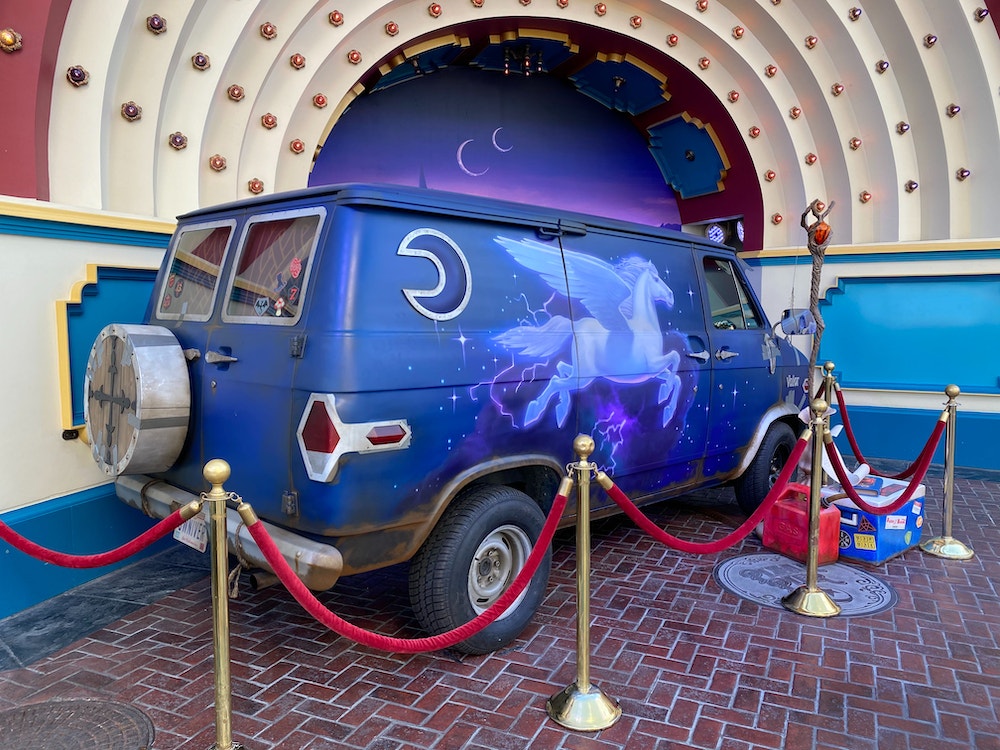 Previously, the van made a one-day-only appearance at Walt Disney World’s Disney Springs to coincide with the film’s advanced screenings on February 29th. 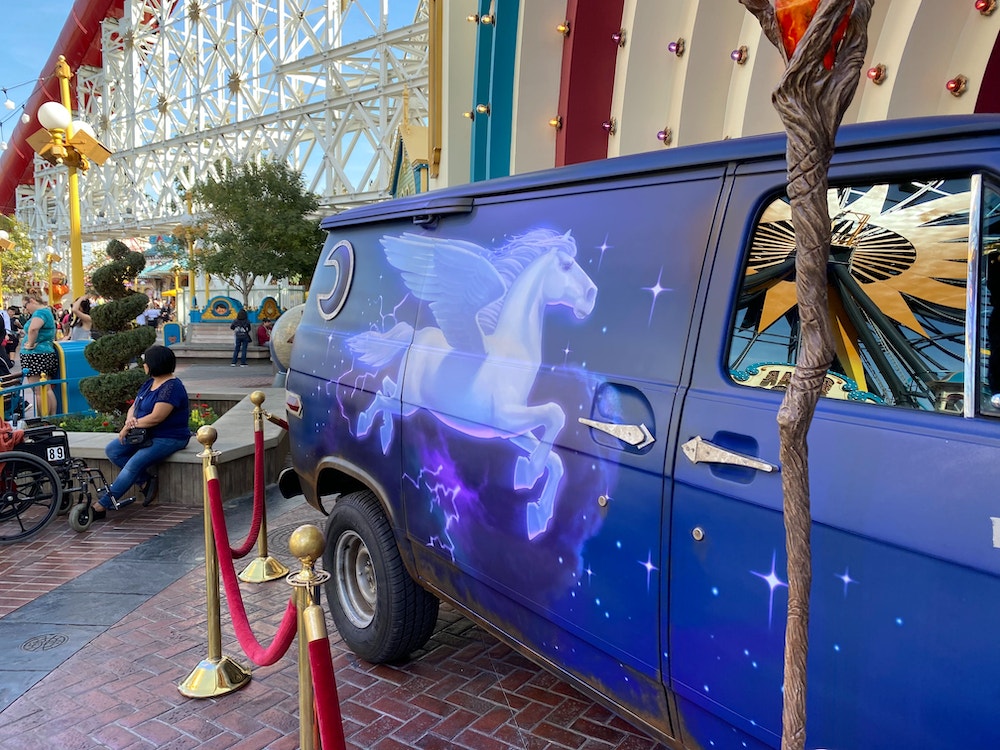 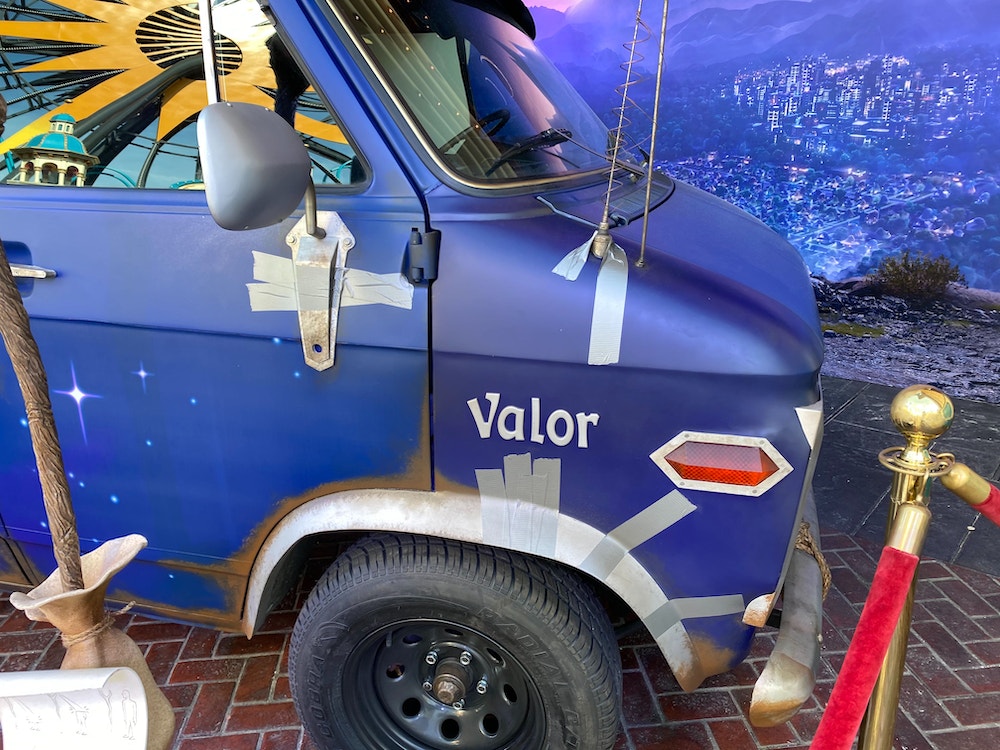 For such a limited-time opportunity, they packed a lot of detail into the display, like the duct tape holding much of the van together. 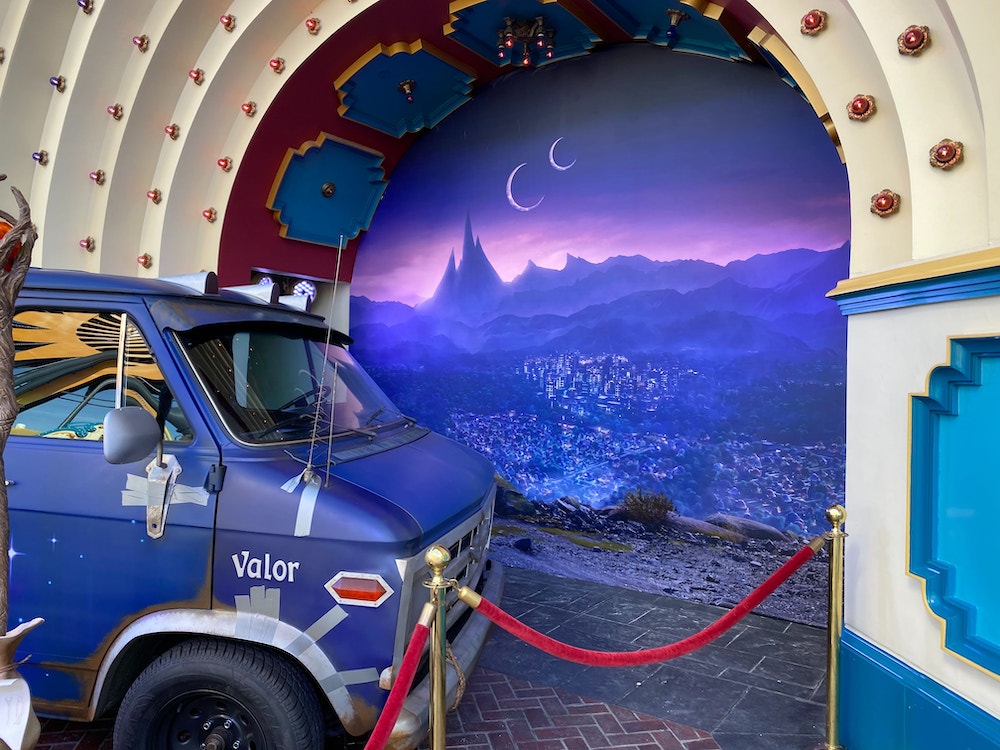 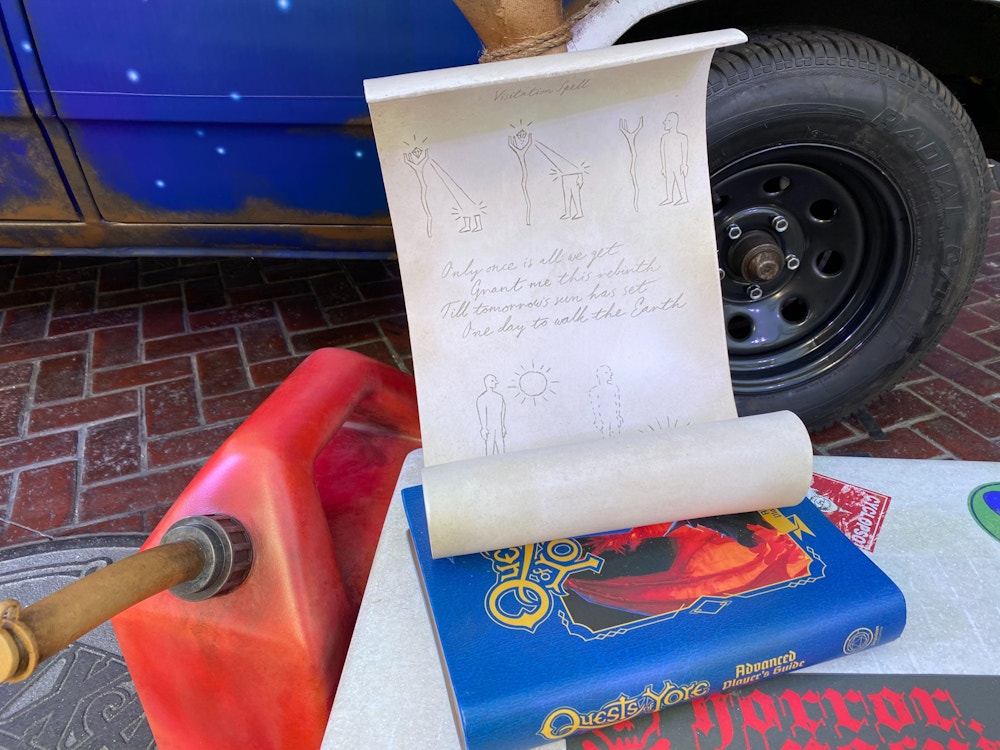 Where are Ian and Barley? Perhaps dealing with the effects from the Visitation Spell their father left them. 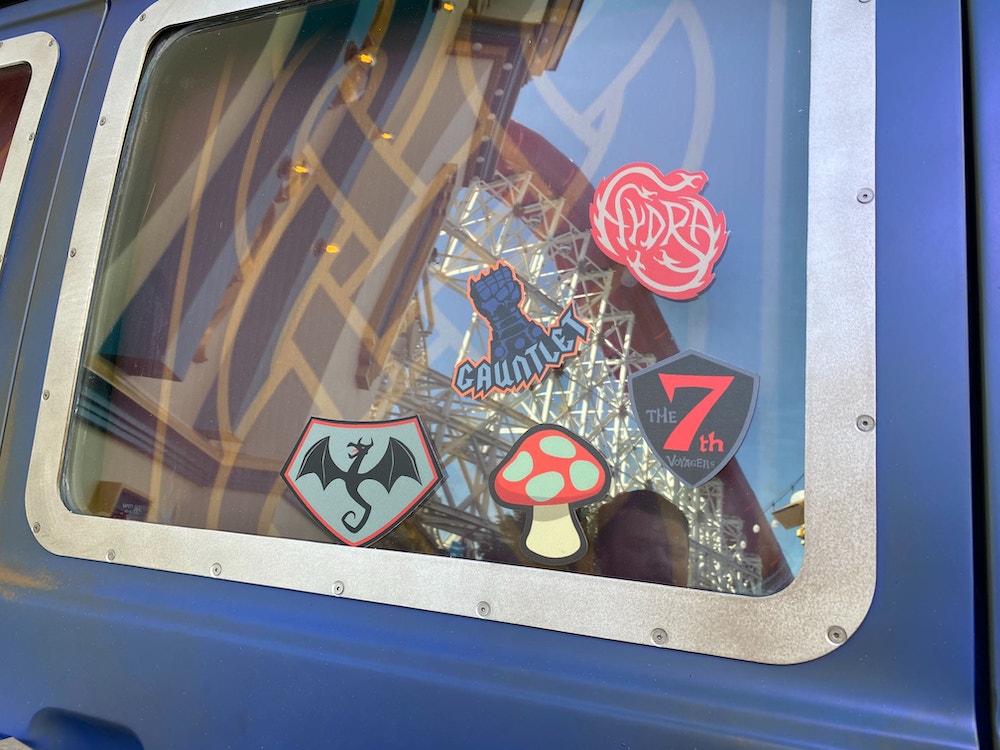 Now these look like the stickers of an elf that knows how to party. 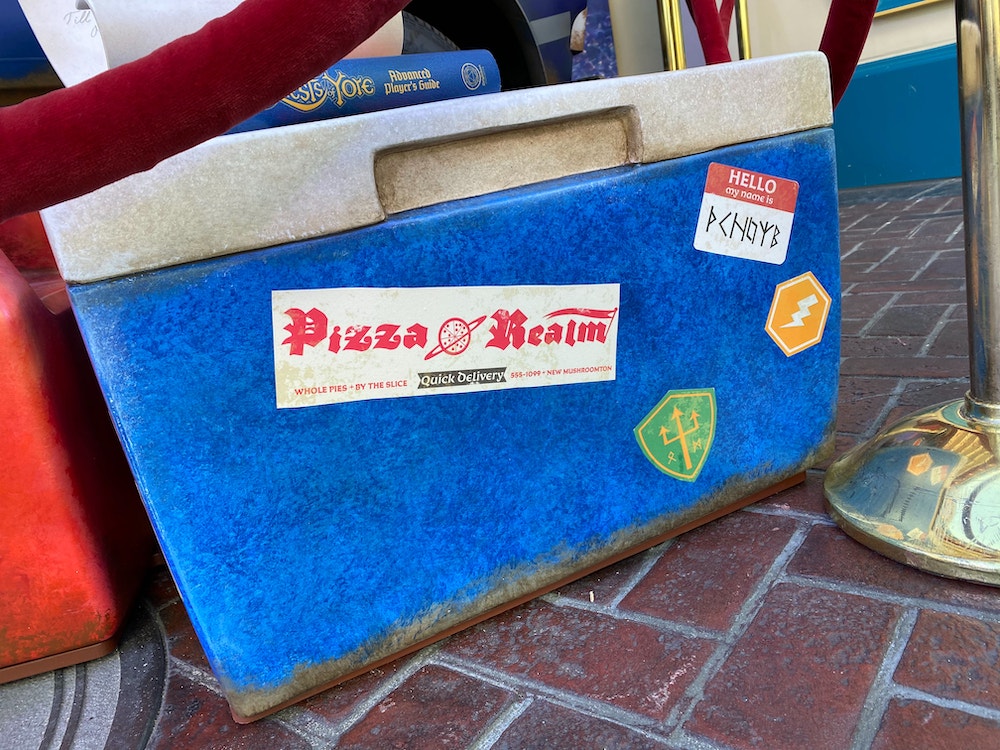 Perhaps my favorite feature here is this cooler, which bears a sticker of “Pizza Realm,” clearly a magical incarnation of Pizza Planet, as seen in the Toy Story films and hidden in Easter eggs throughout Pixar’s filmography. 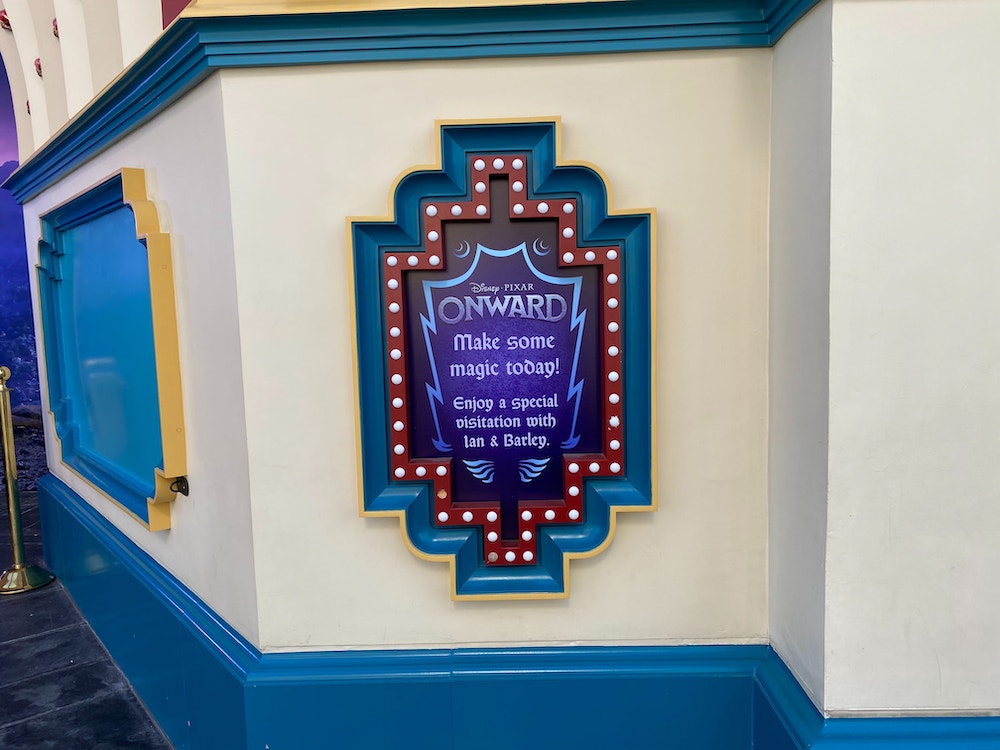 No mattter what trouble they’re into, Ian and Barley will soon be at Pixar Pier to meet and greet guests. But much like the Visitation Spell, this photo op won’t last forever. Right now, it’s scheduled to be at the park for thirteen weeks.

Will you journey to Disney California Adventure to encounter the Lightfoot brothers and Guinevere? Shareth your thoughts in the comments below!