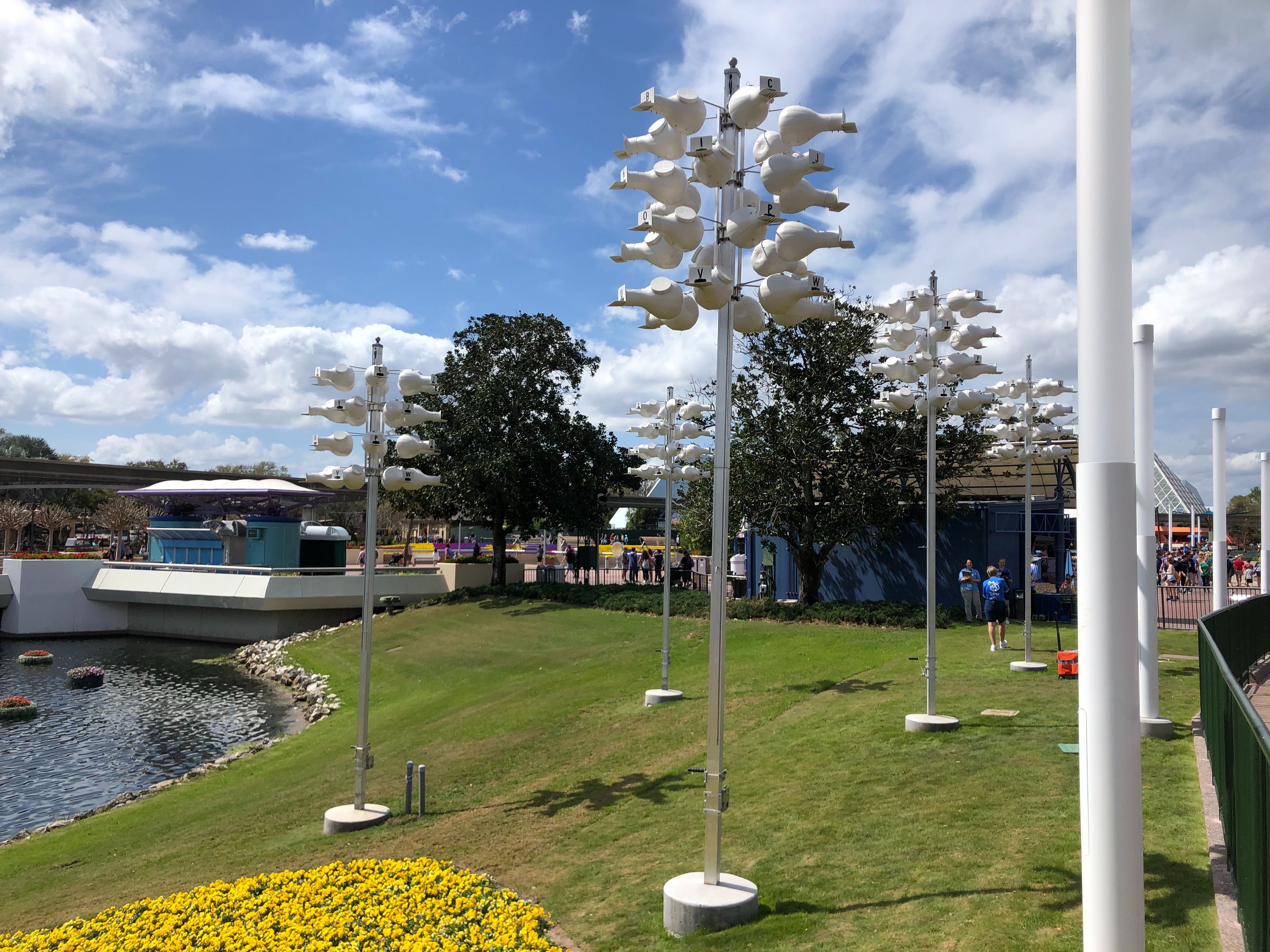 If you have ever wondered what those wonky-looking light poles around EPCOT are, well, they aren’t light poles at all––they are birds nests! Every year, Purple Martins travel more than 6,000 miles from their native Brazil to Walt Disney World to raise their young. We saw these particular Purple Martin bird houses erected in late December and it seems like the birds are already liking their new digs. 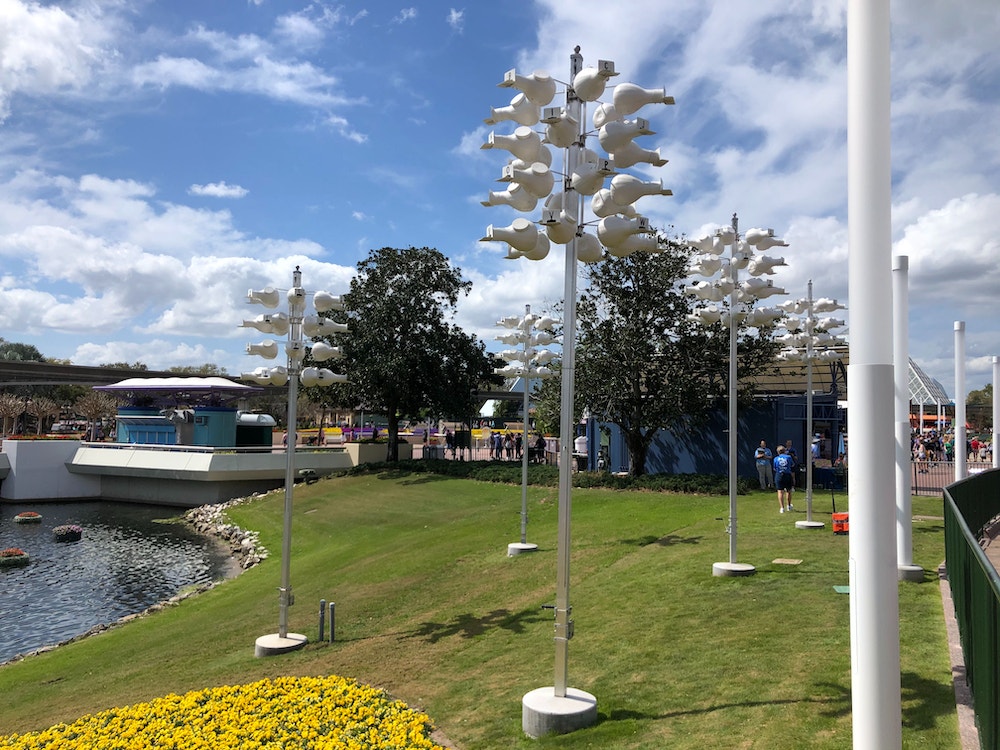 When walking to World Showcase recently, we got an opportunity to talk with some of the Disney Conservation Cast Members that were tending to the bird houses. 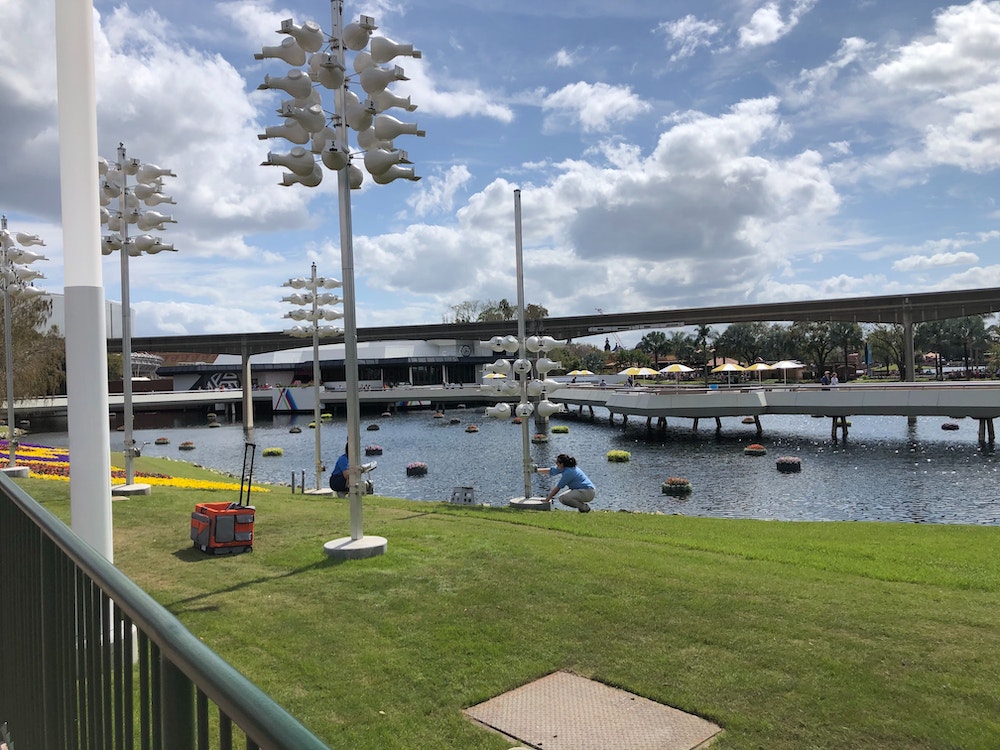 They let us know that Purple Martins are very averse to change, and the movement of the bird houses, which was caused by ongoing construction in EPCOT, was a huge risk. To their delight though, in checking the bird houses, they already have nests in two out of the four towers. 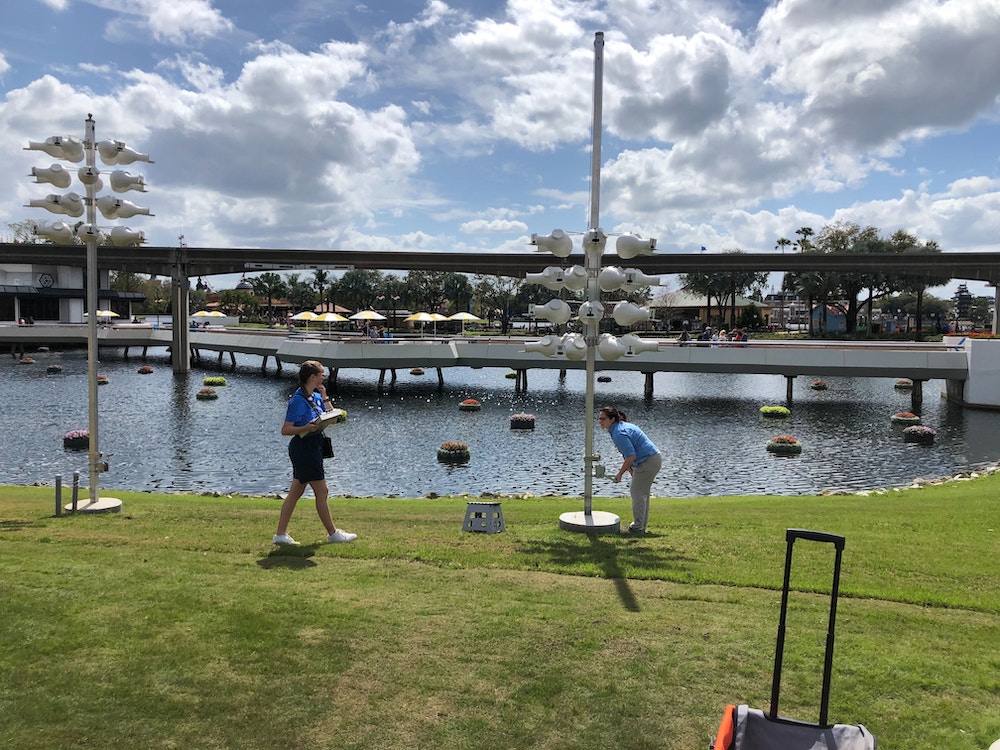 According to the Cast Members, Purple Martin eggs only take 15 days to hatch, and they are expecting eggs any day now. Purple Martins can lay their eggs between now and early June, which coincides with the dates for the Flower & Garden Festival. The Cast Members mentioned that the original Disney Conservation team started with small gourds for houses over 20 years ago, and now have various house styles across 15 locations around Walt Disney World.

Sometimes, it’s amazing what you just walk right past in Walt Disney World. We will surely be looking––and listening––for chirps from little baby Purple Martins in the coming weeks!