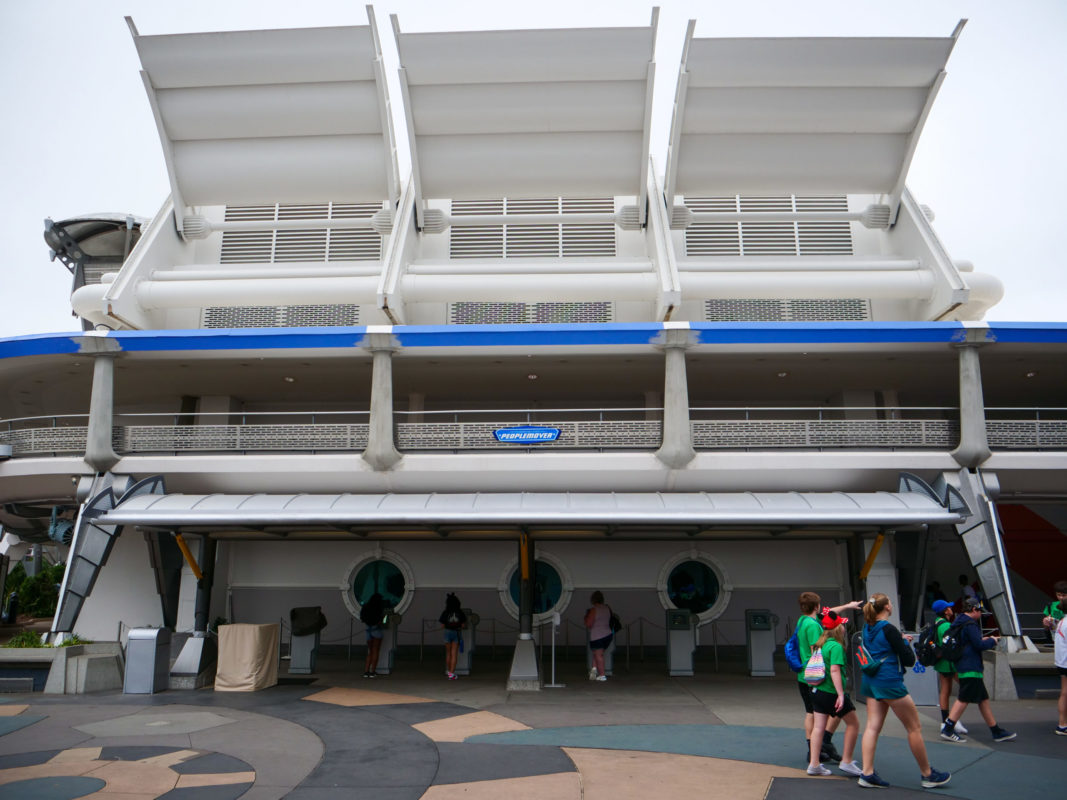 With the 50th anniversary of the Walt Disney World fast approaching, quite a few construction and refurbishment projects are currently taking place throughout the Magic Kingdom. One of the most visible of these projects is the rolling back of Tomorrowland aesthetics to how they looked prior to the 1994 “New Tomorrowland” changes. Today, we’re bringing you the latest updates on this ongoing activity. 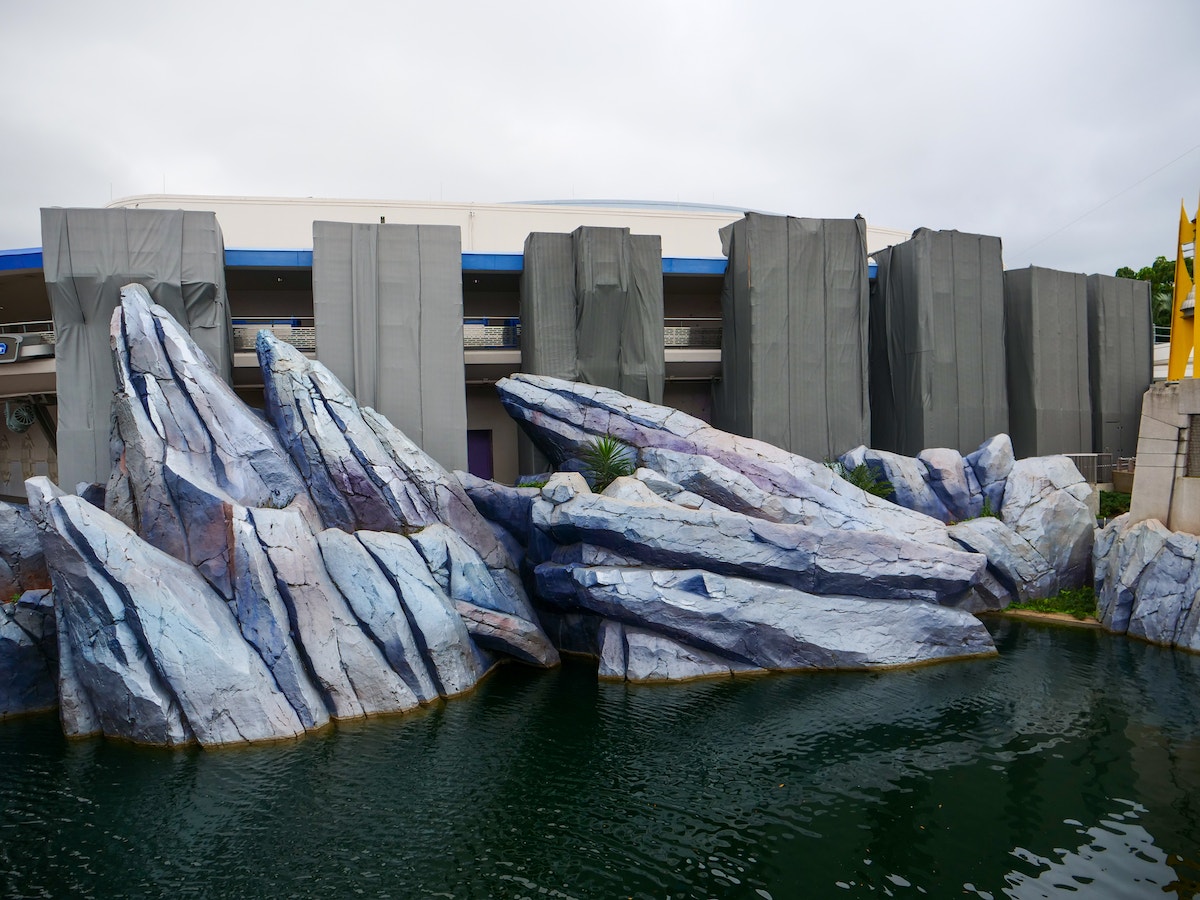 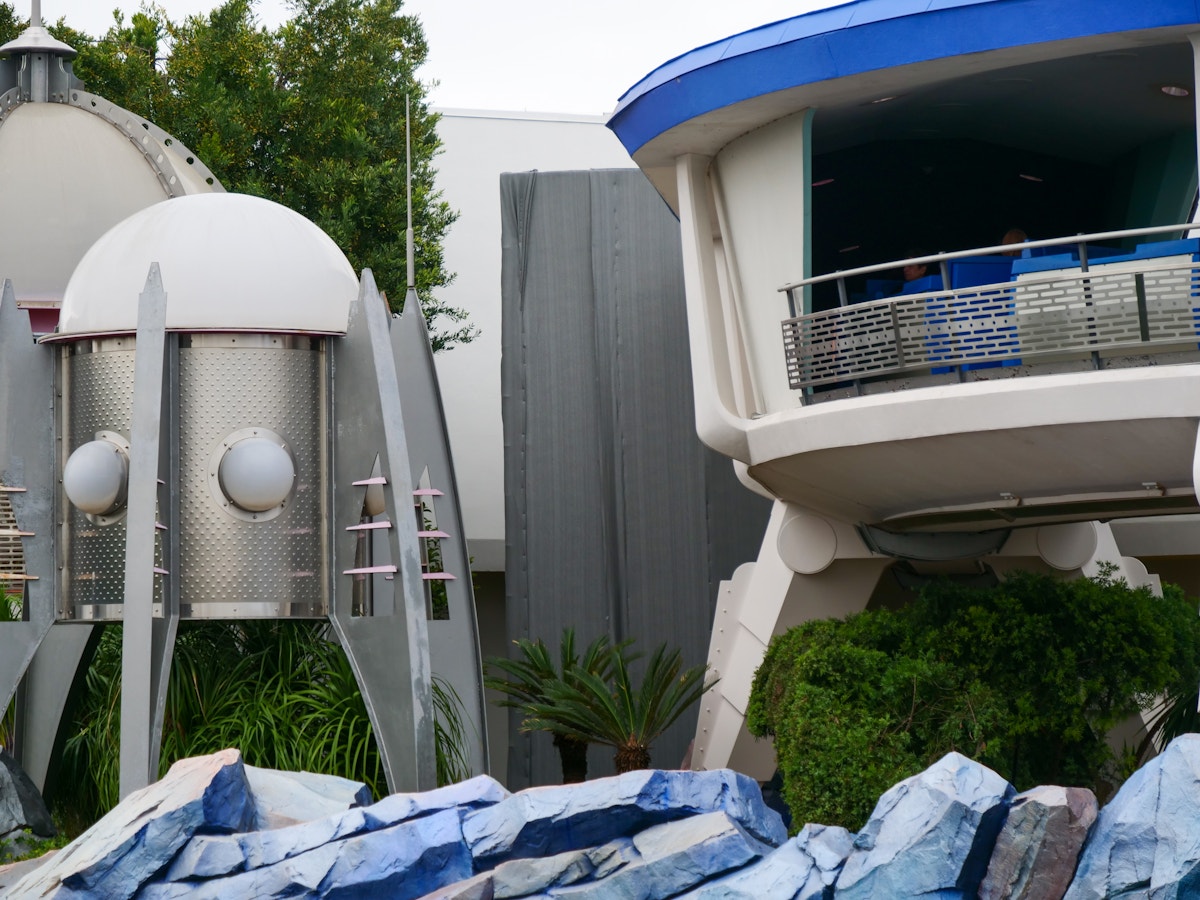 On the opposite side of Tomorrowland, where Stitch’s Great Escape is said to operate seasonally, one lone pillar of scrim sits adjacent to the PeopleMover track. 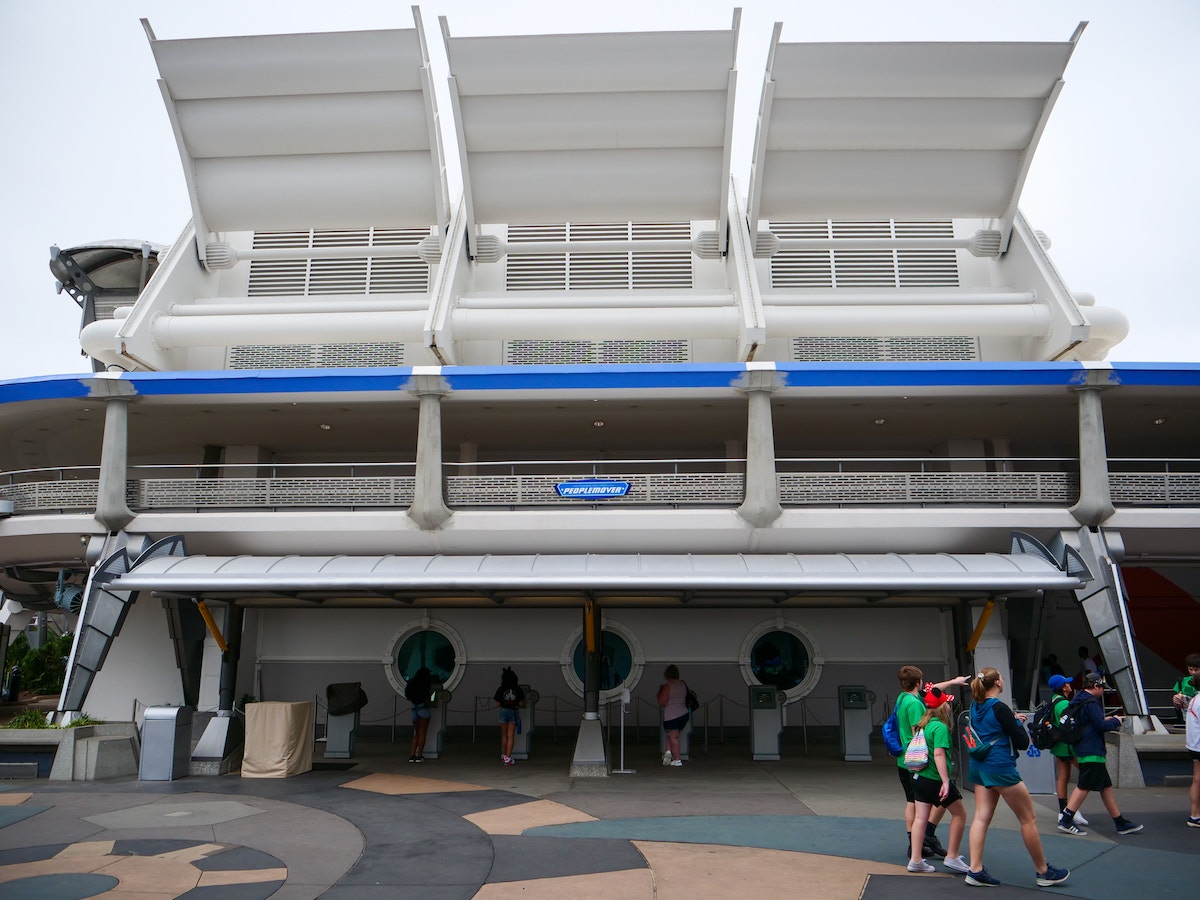 Above the Tomorrowland FastPass+ kiosks, these posts are in the latter stages of their refinishing. The metal mesh around the support, and cement coating, have already been applied and they seemingly await only a coat or two of paint. You’ll notice that the large metal “fins” that flanked this side of the PeopleMover track have all been removed. 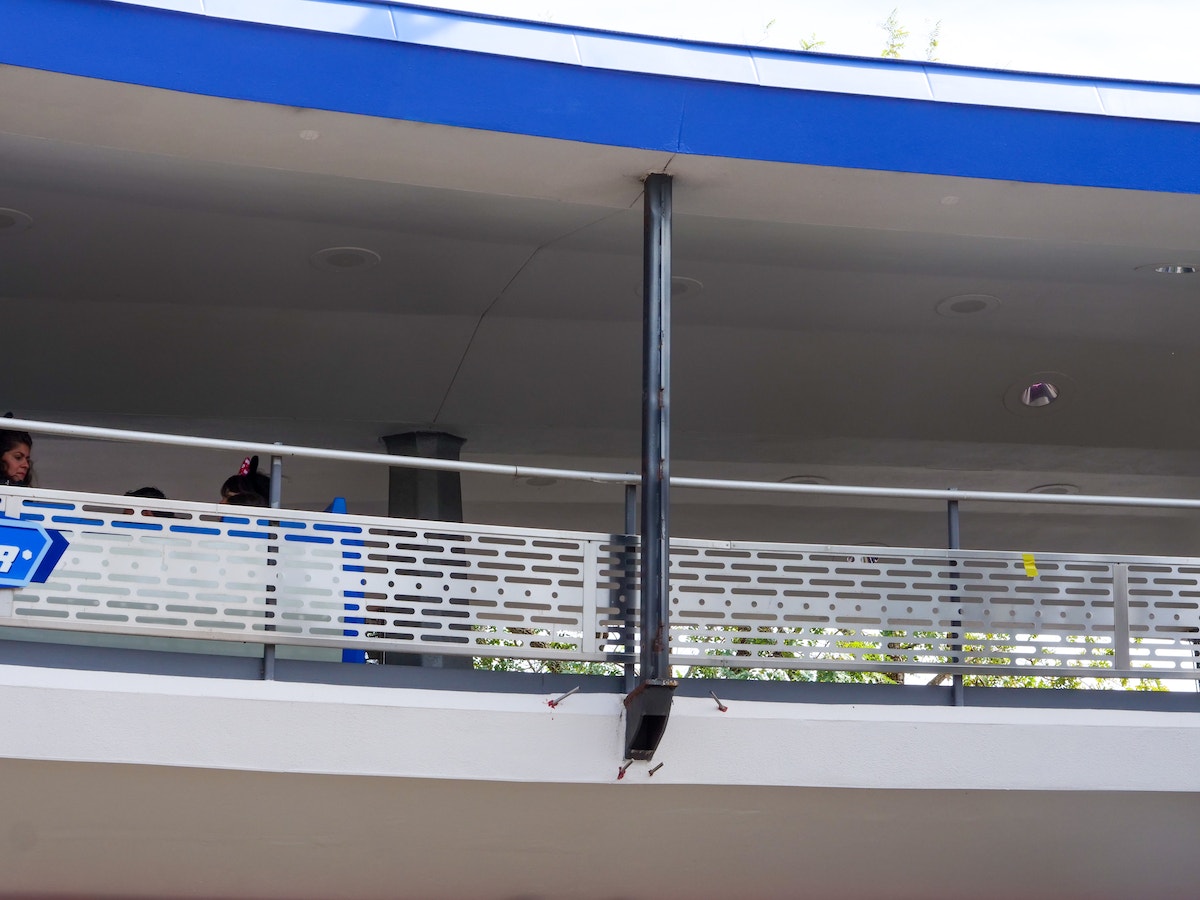 Here we can see a raw steel support exposed after the large accent piece has been removed and every non-essential element has been stripped away. 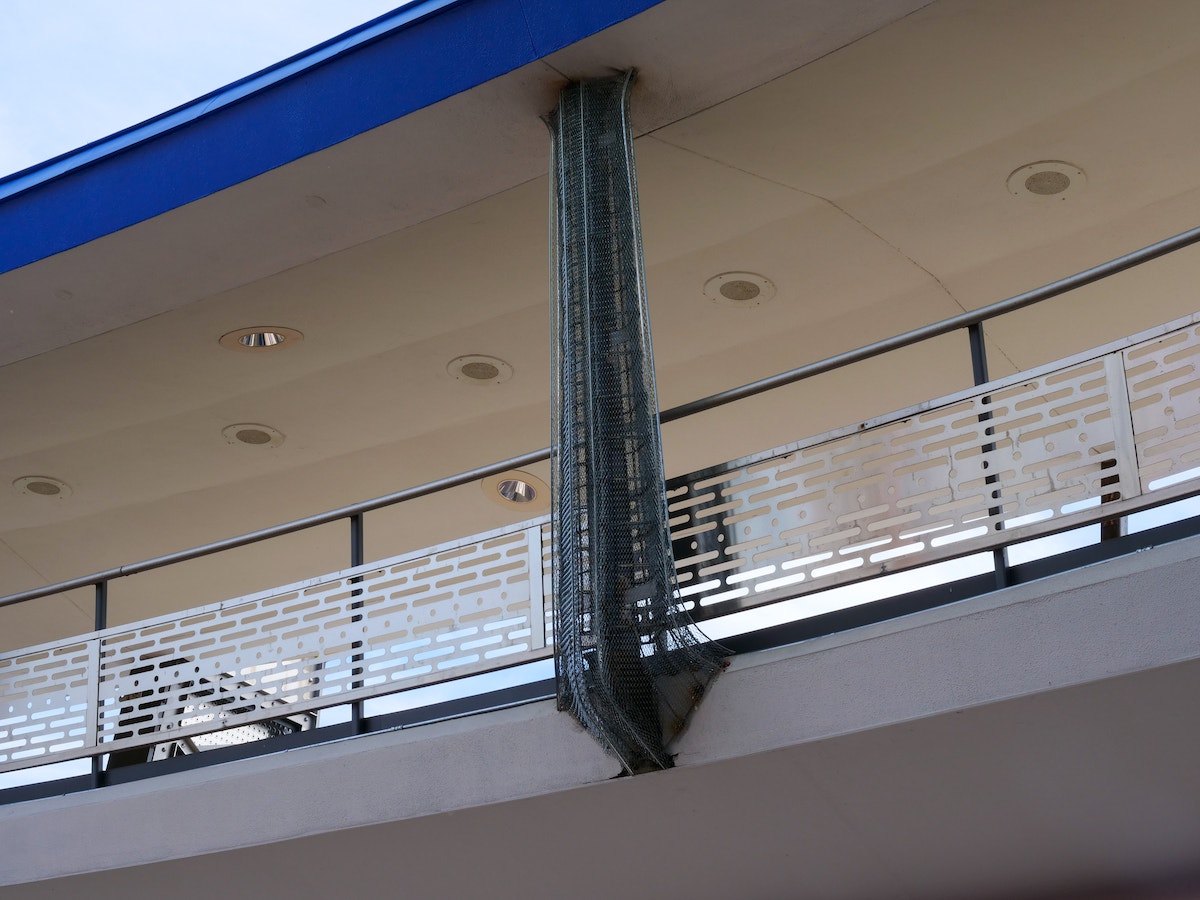 In the next stage of the process, the steel posts are wrapped with rebar and mesh to provide a surface for the cement to adhere to. 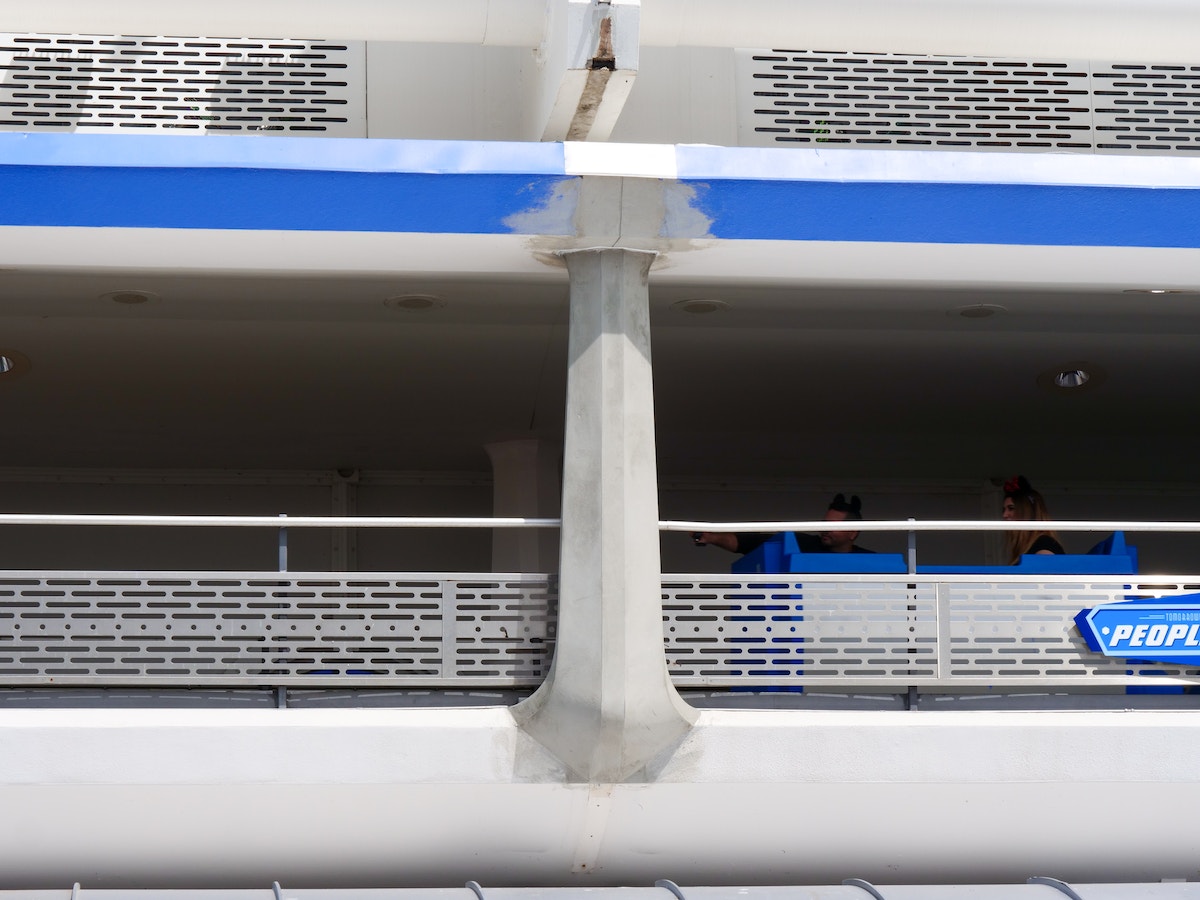 Finally, with the cement applied, the vertical supports take shape and begin to match their pre-1994 counterparts. They still await some finishing touches such as paint and trim refinishing, but they are clearly very close to completion.

We’ll keep tracking the progress of the reimagining of these support posts as they continue to evolve into their new style. Are you excited for Tomorrowland to return to its roots and bring back the prior theming and aesthetic? Let us know your thoughts in the comments!

8:00 AM Park Opening Extended Through April 4 at Disney’s Hollywood Studios

PHOTOS: Rooftop Solar Panel Mounts Get Prepped for Installation at Guardians of the Galaxy: Cosmic Rewind in EPCOT