SHOP: “The Making of Disney’s Jungle Cruise” Promises An In-Depth Look at the Film and Classic Attraction; Now Available for Pre-Order

While we’re waiting for Disney Parks to re-open, it’s nice to hear some good news about upcoming Disney films. Last week, we got a closer look at “Jungle Cruise”, inspired by the world-famous attraction, with a trailer and posters. Today, D23 released an interview with the author of “The Making of Disney’s Jungle Cruise.” This coffee table book is more than just an art book. It catalogs both the making of the film and the creation of the original attraction. 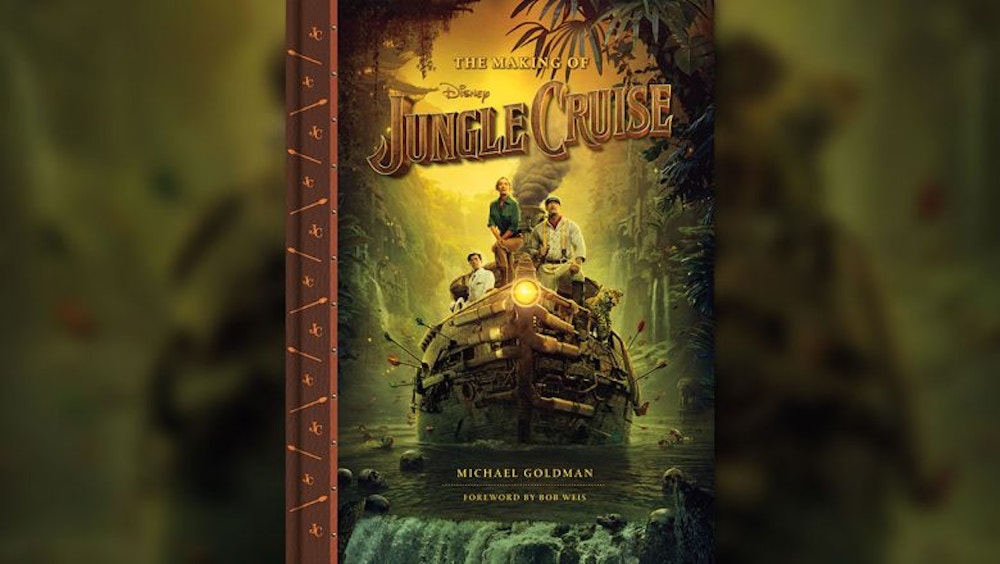 Author Michael Goldman spoke about touring Disneyland’s Jungle Cruise, speaking to Imagineers, and some of the interesting facts he learned.

I was given a tour of Disneyland and went behind the scenes at the Jungle Cruise; met with various Imagineers at their Glendale, California, facility; and quickly learned about the rich history of the attraction, how it was originally the centerpiece of Disneyland and Walt’s own personal creation. The Imagineers were invaluable. I toured the Imagineering facility, was shown archival materials and photos from the attraction’s history, and regaled with stories from six or eight of them who generously devoted time.

I was most fascinated with learning the details and history of the original Jungle Cruise attraction’s physical, living jungle—the “ecosystem” that was essentially created by famed Disney landscaper Bill Evans starting in the 1950s. Bill was basically a genius when it came to plants of all types; and his accomplishment in planting trees and other plants at the site in such a way that a real, albeit miniature, ecosystem could form and grow and evolve to this very day, was remarkable.

Jungle Cruise is, of course, one of Disney’s most loved attractions, and it’s about time it got a movie adaptation. Goldman spoke about some of the most amazing technical feats that the filmmakers achieved.

There were several things that blew me away, so it is hard to pick one. The production design and the effort taken to design and build the port town of Porto Velho was far beyond what is normal on such films. Likewise, the attention paid to designing era- and culturally appropriate props, hair, and makeup was amazing. The construction of the tramp steamer boat, La Quila, the home to Dwayne Johnson’s character, Frank, was a massive logistical achievement.

“The Making of Disney’s Jungle Cruise” by Michael Goldman will be available where books are sold on June 9, but you can preorder it now via Amazon for just $45.00. As for the “Jungle Cruise” film, you’ll be able to see it in theaters on July 24… that is, if it doesn’t get delayed.

Previous
BOOK REVIEW: Return to the Sea in “Part of Your World: A Twisted Tale” by Liz Braswell