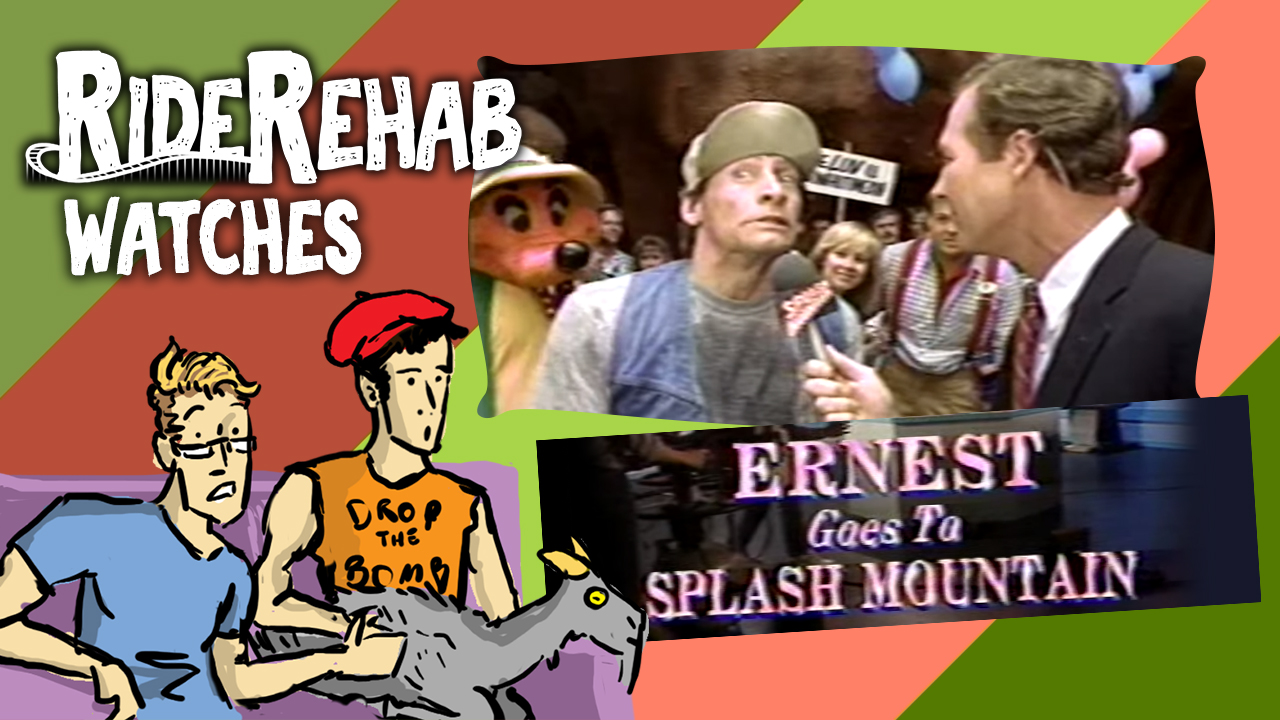 Tonight at 8pm EST, Tyler and Thomas of the Ride Rehab Podcast here on WDWNT, sit down with Ben of ParksCenter to watch and riff along with some ridiculous Disney Parks videos! First up will be a LIVE watch of Ernest Goes To Splash Mountain, a Television special that first aired on The Disney Channel on July 7, 1989, then in syndication beginning August 19, 1989. In it, Ernest P. Worrell goes to Disneyland to test the new attraction before it opens to the public, with Jim Varney playing his Ernest P. Worrell character.

Ride Rehab Watches is the WDWNT show of watching ridiculous, retro, and sometimes outdated Disney Parks videos for the first time, riffing and joking along with it. Watch a playlist of past episodes below, or marathon these past episodes with us live on Saturday March 21st, at 8pm EST starting with a new live riff of Ernest Goes To Splash Mountain.