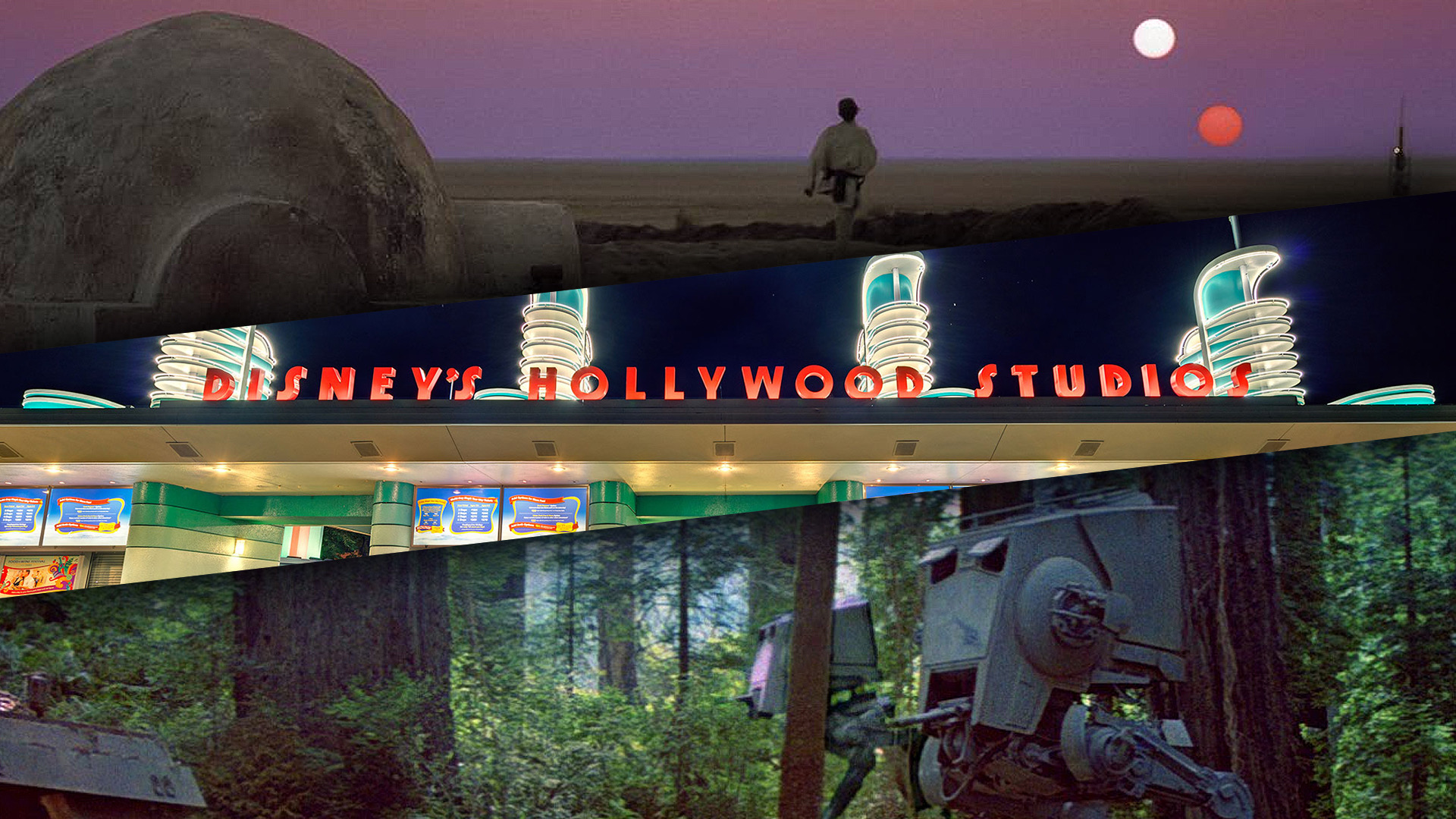 The first plans to expand the Star Wars presence in the park included the Mos Eisley Cantina and a new version of the Jedi Training Academy show, dating back to 2011/12. These projects were developed shortly after the completion of Star Tours: The Adventures Continue in 2011.

We know that the plans also included the forest moon of Endor as a teaser was hidden in a display at the 2013 D23 Expo for the Speeder Bike thrill ride that would’ve allowed guests to take part in a mission during the Battle of Endor in Return of the Jedi. Other attractions in the land would’ve included a Jabba’s Palace dinner show, the aforementioned Mos Eisley Cantina, and a Path of the Force dark ride explaining the secrets and lore of the Jedi and the Sith.

This Endor/Tatooine themed land was set to be built over what is the Echo Lake section of the park (including Gertie the Dinosaur’s extinction), stretching down to Star Tours. Makes sense, right?

Into 2015, rumors persisted that the Echo Lake area was going to close, but it seems that a shift in the plans in the latter portion of 2014 led to the project moving to the back of the park. Finally, Star Wars: Galaxy’s Edge was announced at the 2015 D23 Expo and construction started in the Spring of 2016.

Bob Iger admitted to cancelling these Endor and Tatooine plans in a December 2014 interview, where he explained why the land would be focused on the Disney film trilogy.

It’s nice to know that the archaic rumors were true, but I’m also a little sad at what could’ve been. How do you feel? Which version of the Star Wars Land did you want to see?