I know what you’re thinking. “A photo report? While the parks are closed?” (Do note that this photo report was compiled on April 6, before the state of emergency was issued.) Well, the Tokyo Disney Resort, despite being functionally closed, is still fairly open to exploration. Mostly thanks to the Disney Resort Line monorail system’s legal obligation to run. So, we took a visit to show you what we can of the area, and hopefully make you nostalgic for times when the parks were bustling! This is usually a nominally busy time of year, so just use your imagination. Let’s go! 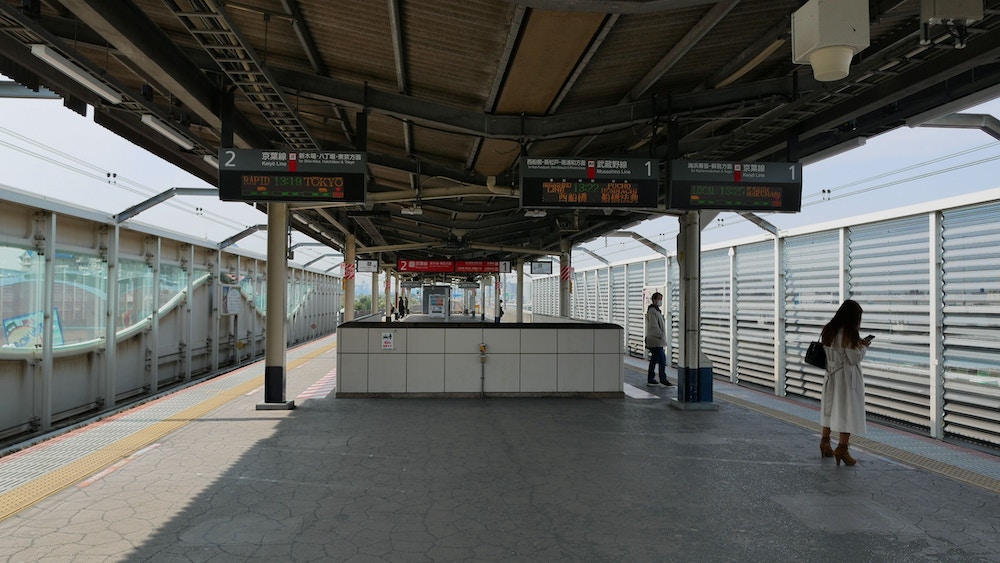 The platform at JR Maihama Station is normally full of Guests and Cast Members, all headed for the place where dreams come true. Today, it’s probably super-fans looking for some pictures, or essential Cast Members like office staff or security. 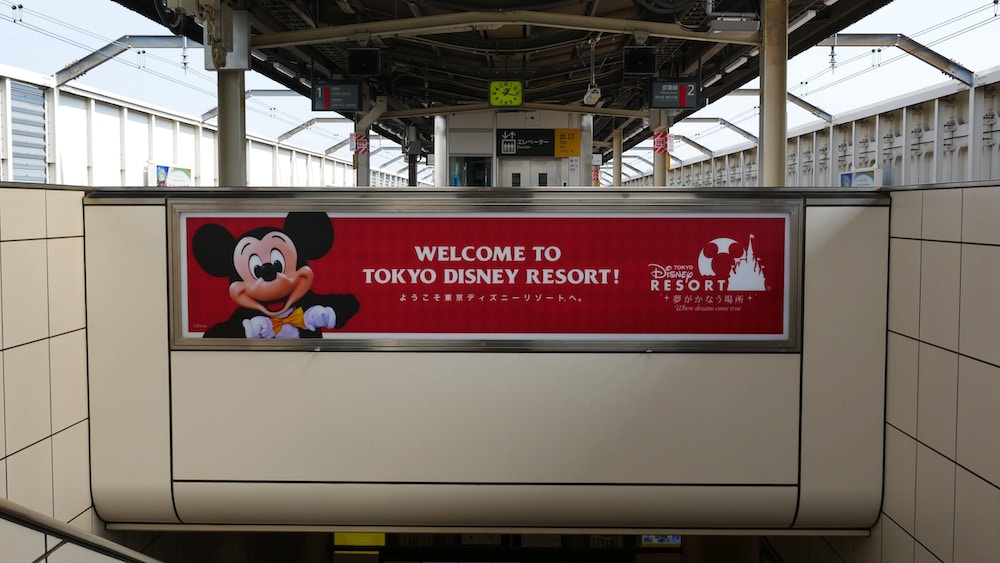 Mickey’s still here to greet us on the way downstairs, though! 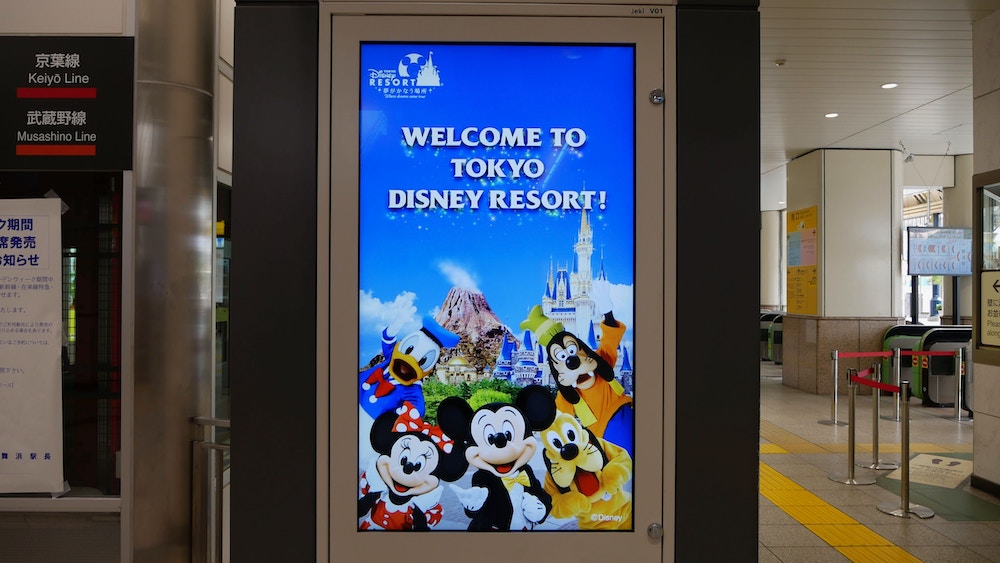 And he even brought the whole gang on this digital ad board! Even despite the current conditions, I still feel welcomed. 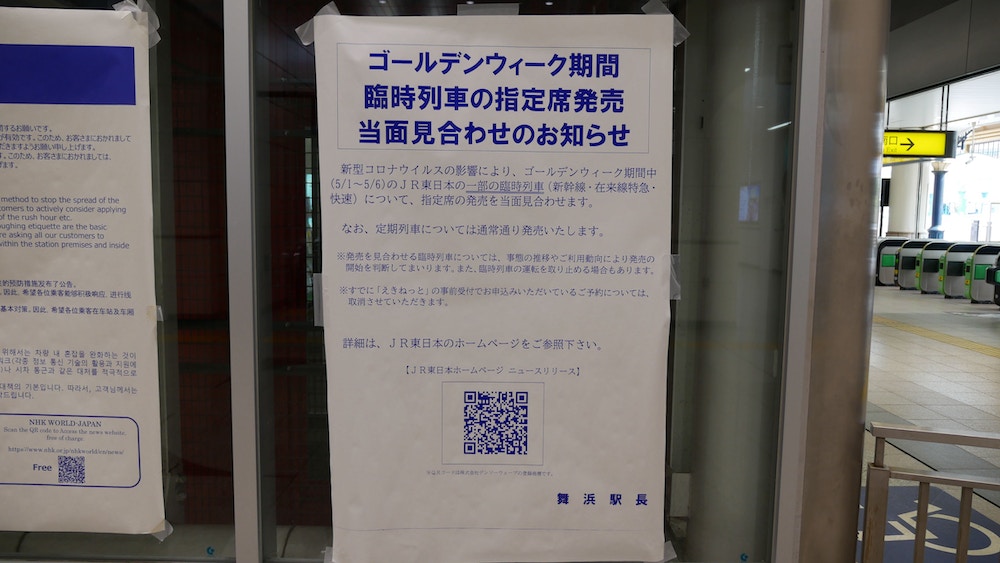 There’s a notice up about the infamous Golden Week holiday in early May. Essentially, due to the coronavirus, some seats on all-reserved trains will be released for non-reserved passengers. 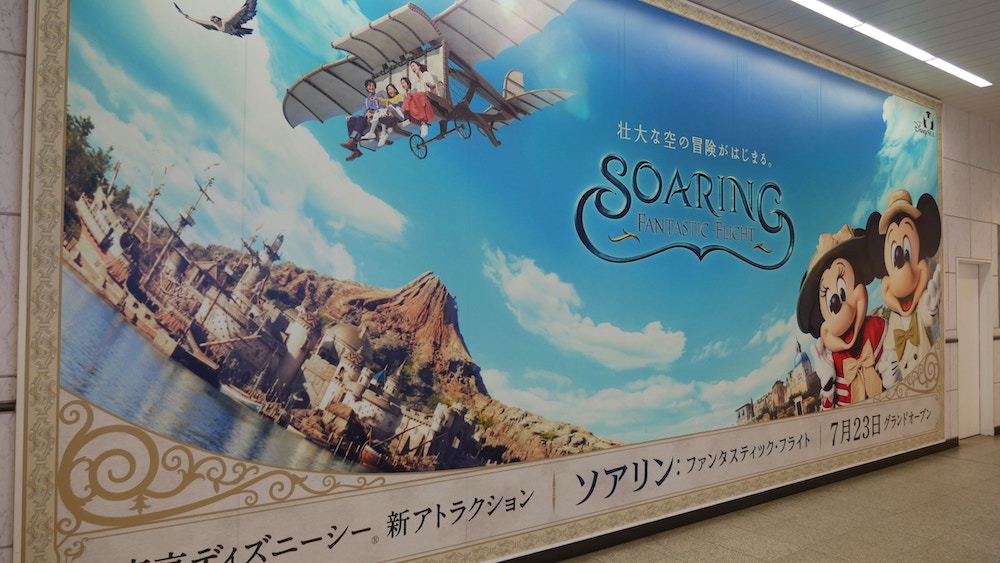 I would bet that the New Fantasyland ad was scheduled to go up by now. But instead, the Soaring: Fantastic Flight! ad up since March of 2019 is still on display. Oh well, hopefully we see the new one soon enough! 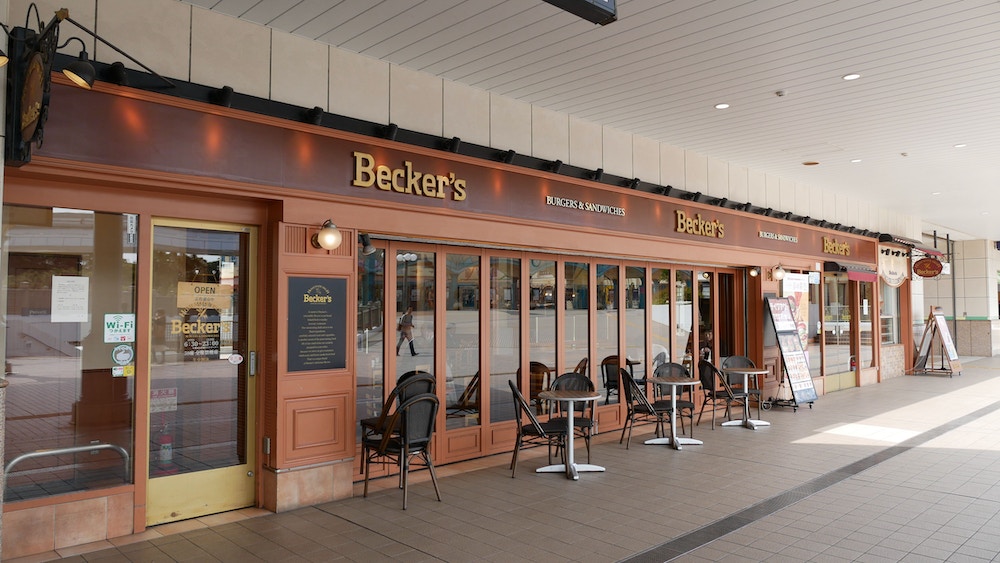 The Becker’s burger shop at Maihama Station reopened at the beginning of April, presumably when the parks were supposed to open around this time too. 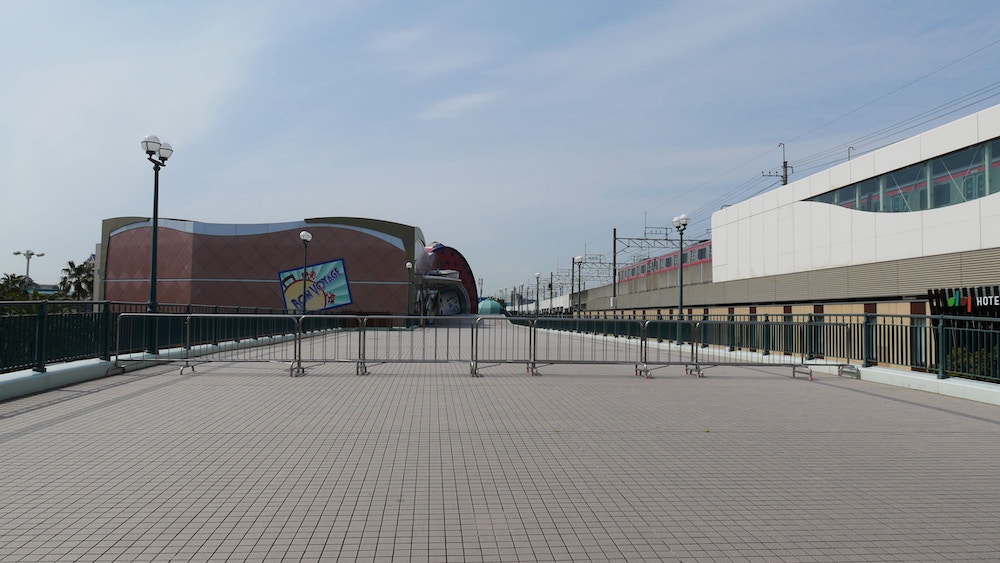 Previously, the path to Tokyo Disneyland and Bon Voyage was just chained off, but now extra barricades have been installed. 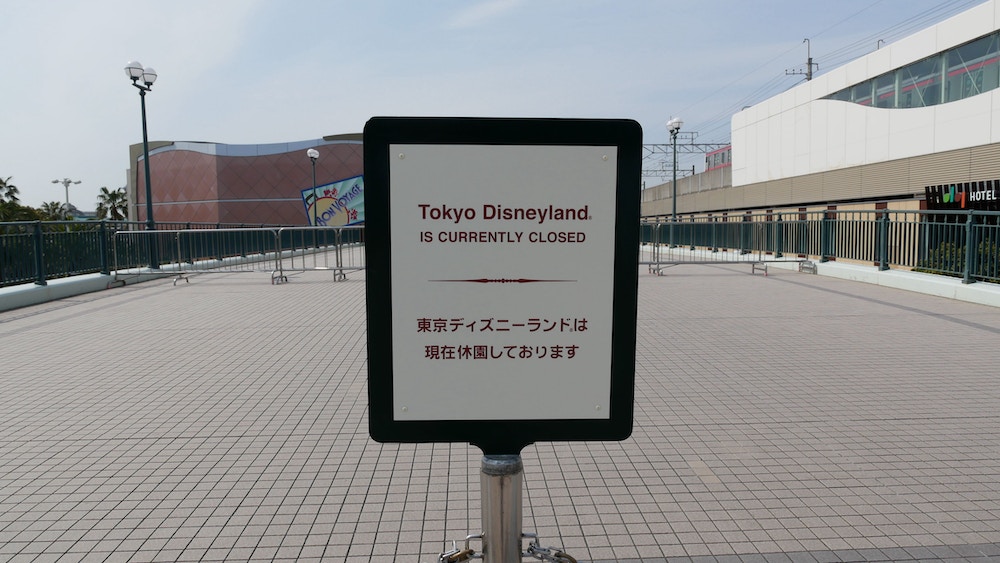 In contrast to the sign formerly up that says “Tokyo Disneyland has closed for the day.”, this one is a little bit more fitting to the current situation. In Japanese, it reads “Tokyo Disneyland is currently temporarily closed.”, which the English translation leaves out. 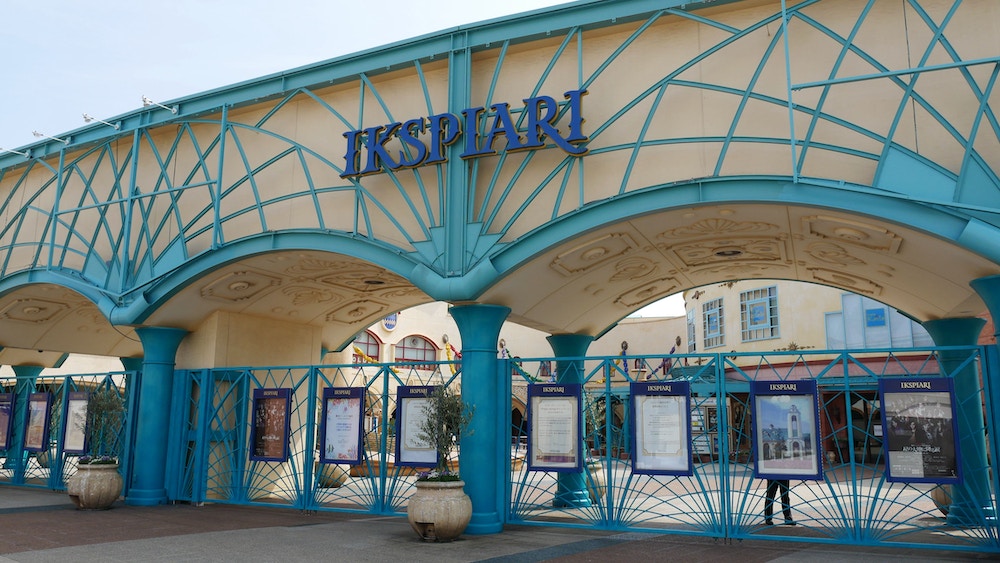 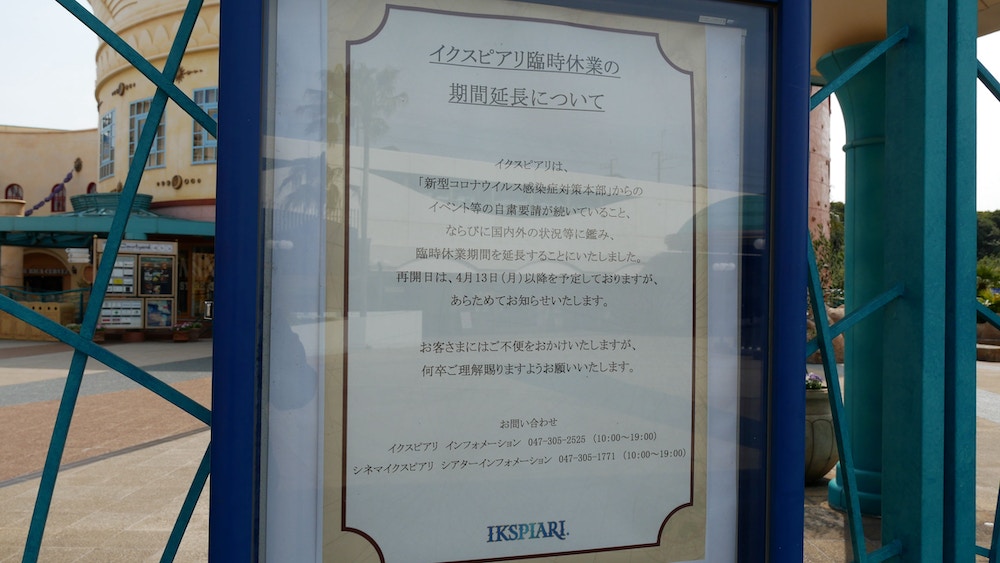 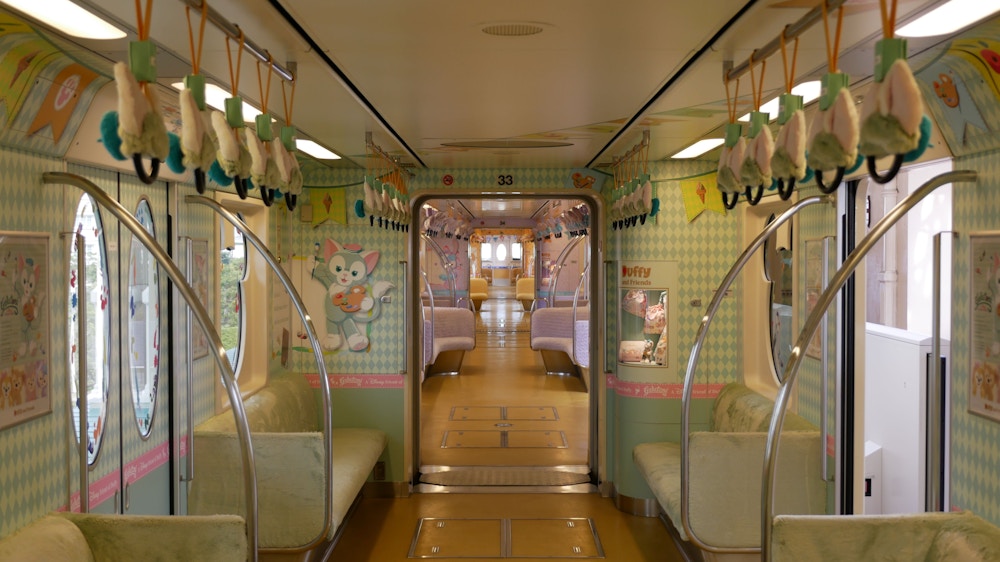 Once we boarded the Disney Resort Line, we found ourselves lucky enough to have most of the train to ourselves! Hello, private Gelatoni train! 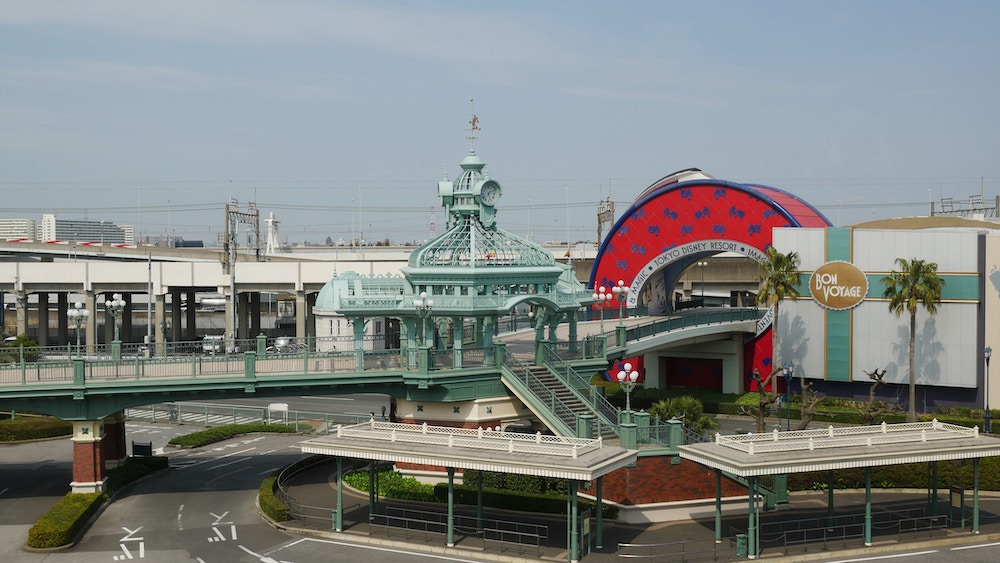 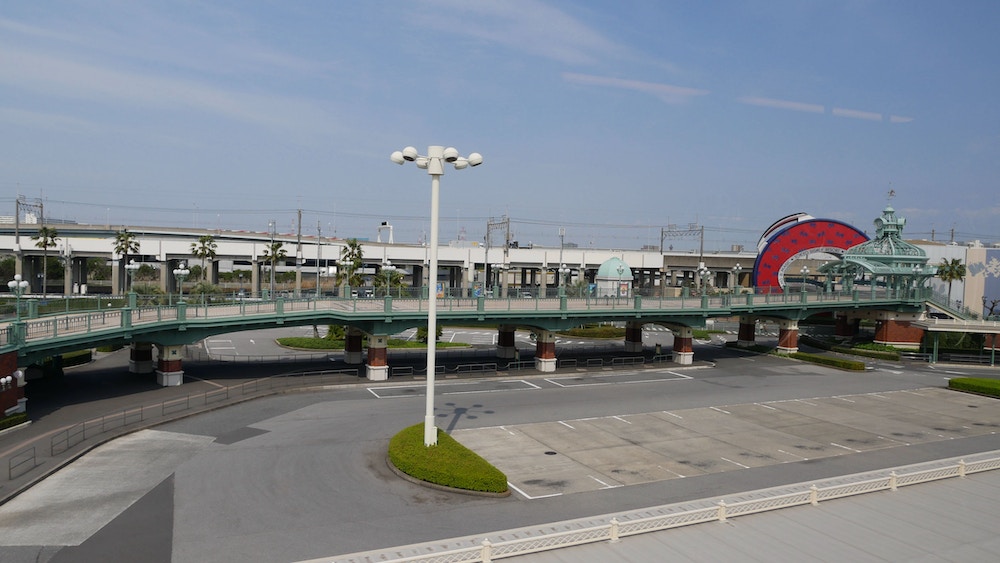 Seeing the path between Bon Voyage and Tokyo Disneyland completely barren is such a spooky sight. Normally dozens of people would be at various stages, on their way to a magical day at Tokyo Disneyland. 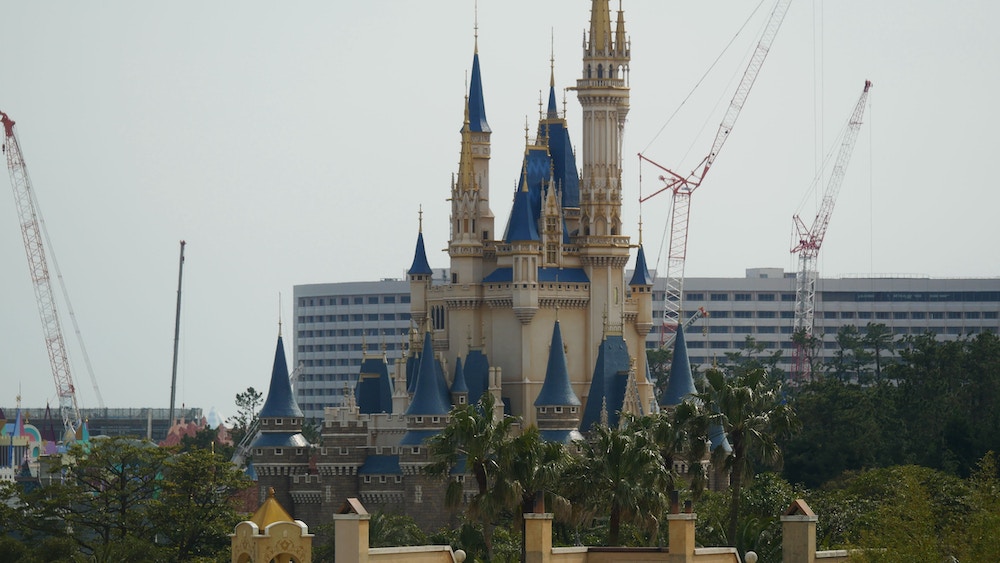 On the other side, we can see the gorgeous Cinderella Castle, fresh out of refurbishment and seen by nary a Guest. 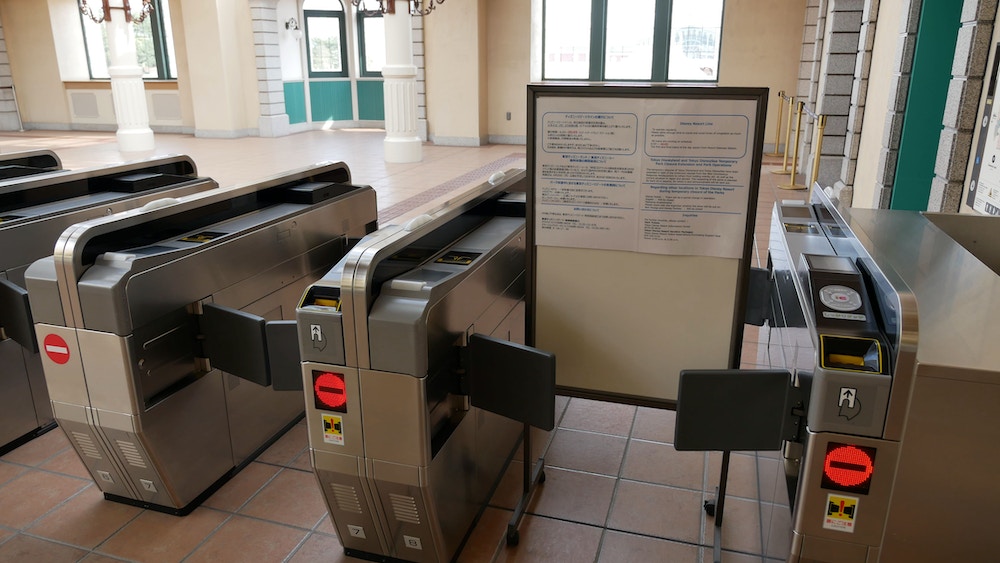 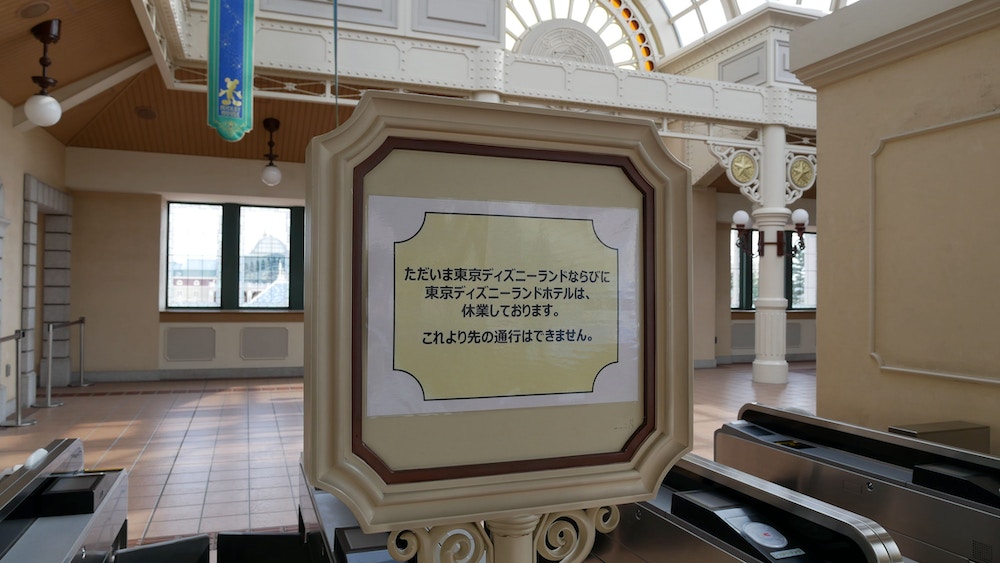 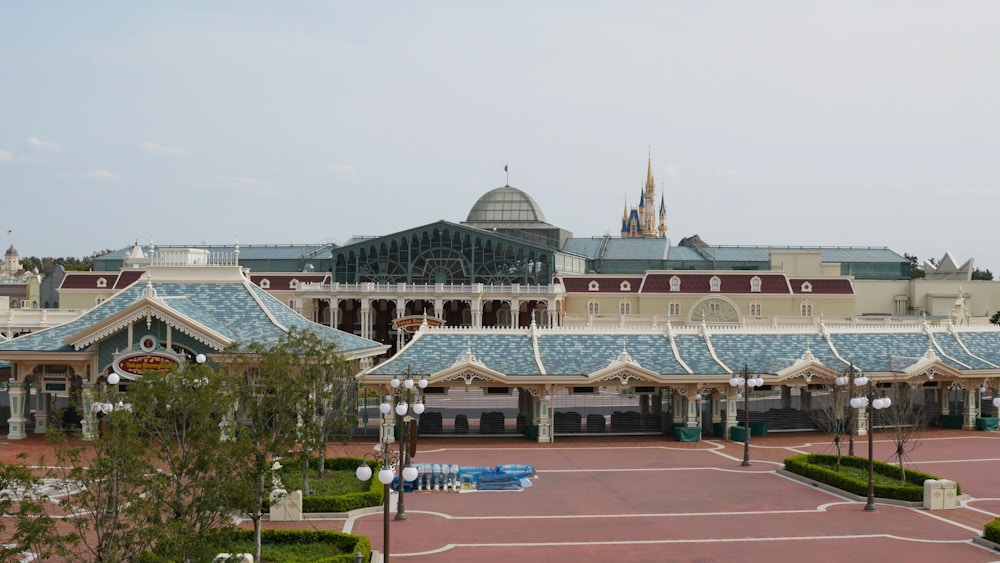 Ah, what a sight for sore eyes. I look forward to the day we can go in once more. 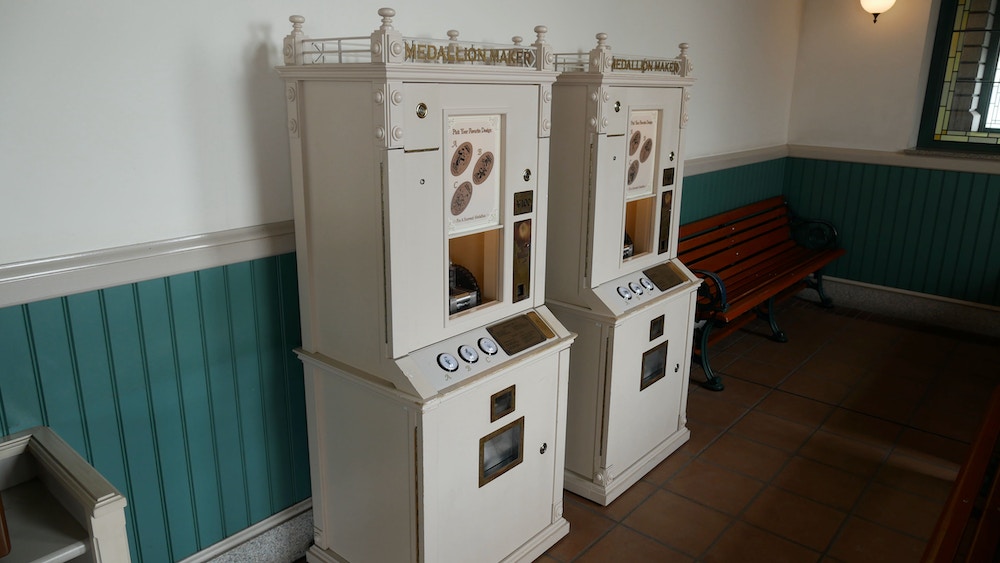 Since the concourse and ticket area is closed, the pressed medallion machines were moved inside fare control. They still have the Very Very Minnie designs. 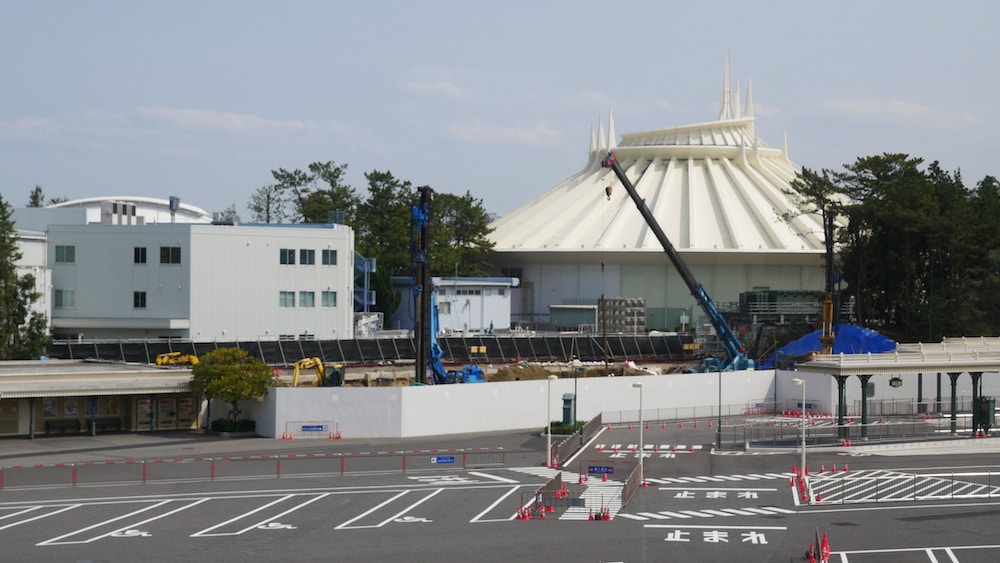 Along the way to Bayside station, some mystery work is underway behind Space Mountain and Showbase. I wonder if there’s something special planned for this spot? Or maybe it’s just more offices. 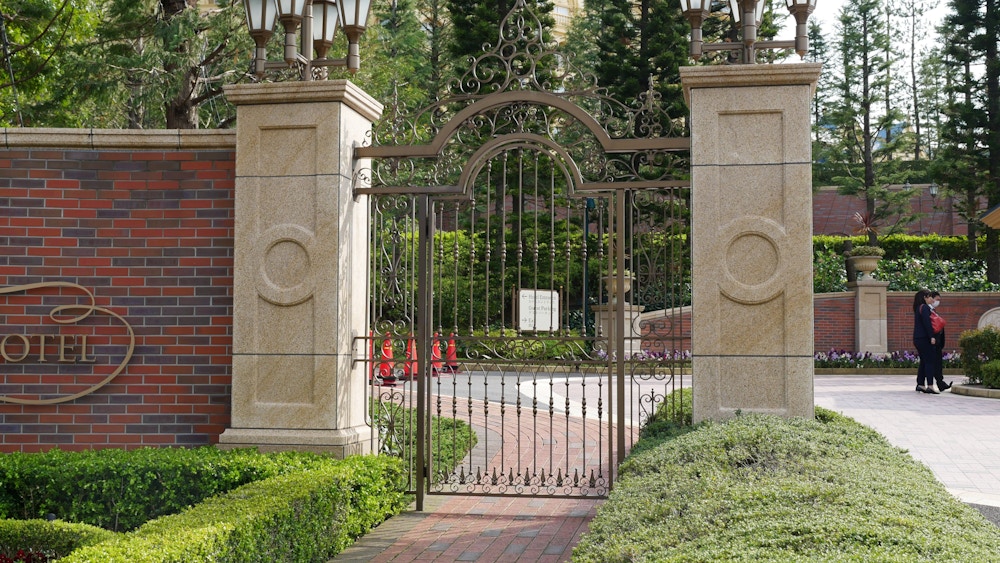 Since the Tokyo Disneyland Hotel is now closed as of April 1st, the pedestrian pathway has finally closed. 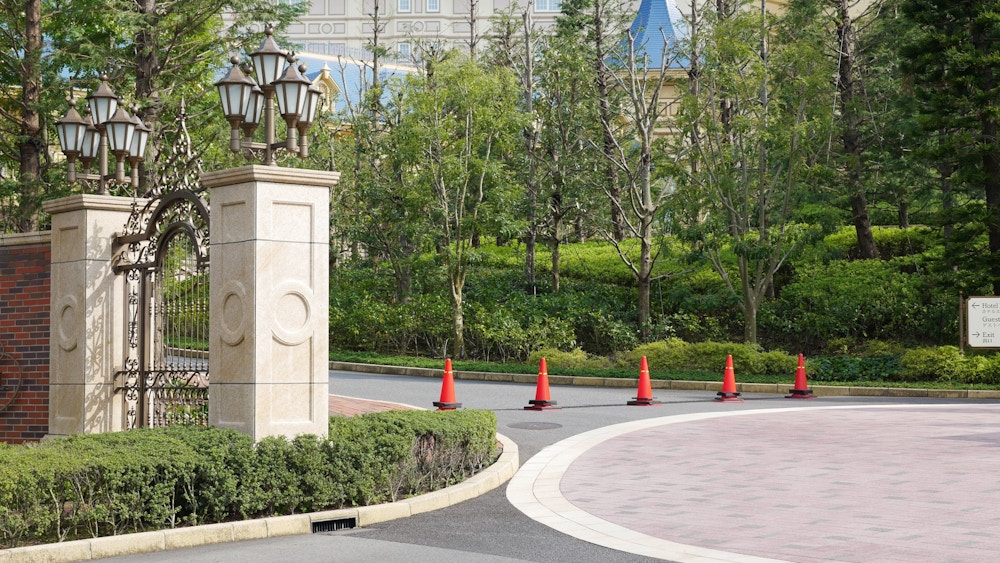 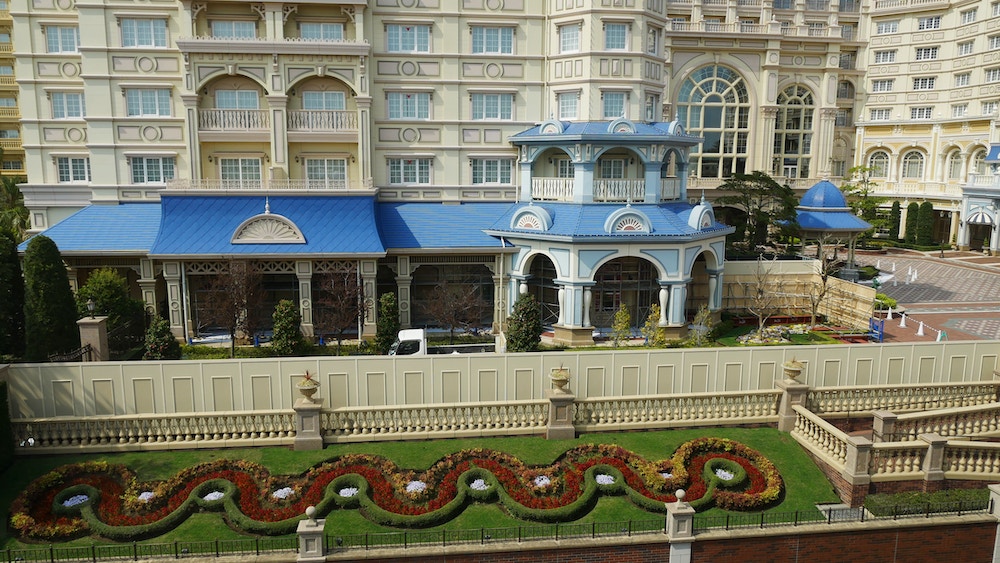 Out in the back of the hotel, it seems some work is underway in the Bibbidi Bobbidi Boutique area. Since actual walls are up, I bet this is a project we’ll be seeing for a while. 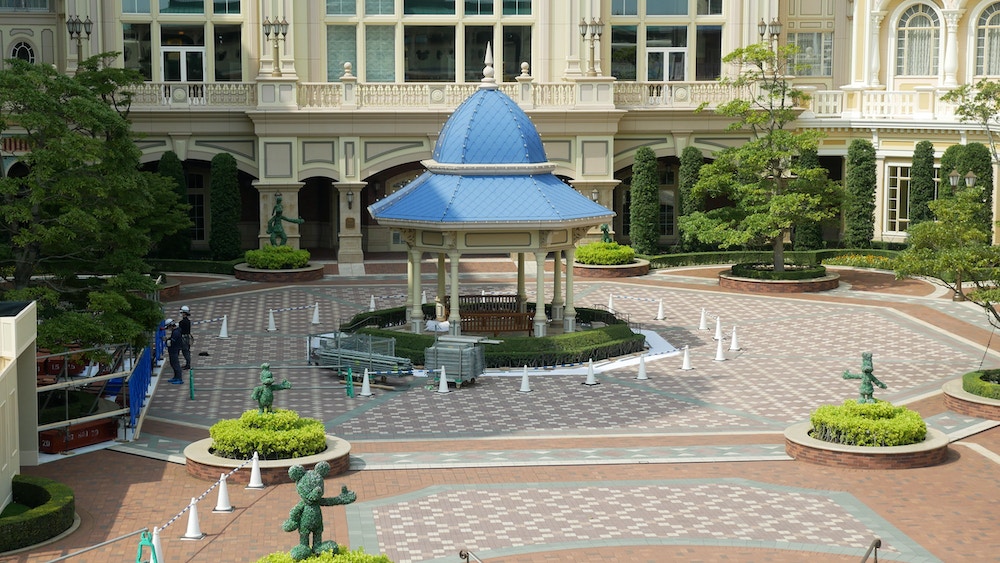 It would appear some minor work is underway around the gazebo and plaza area as well. 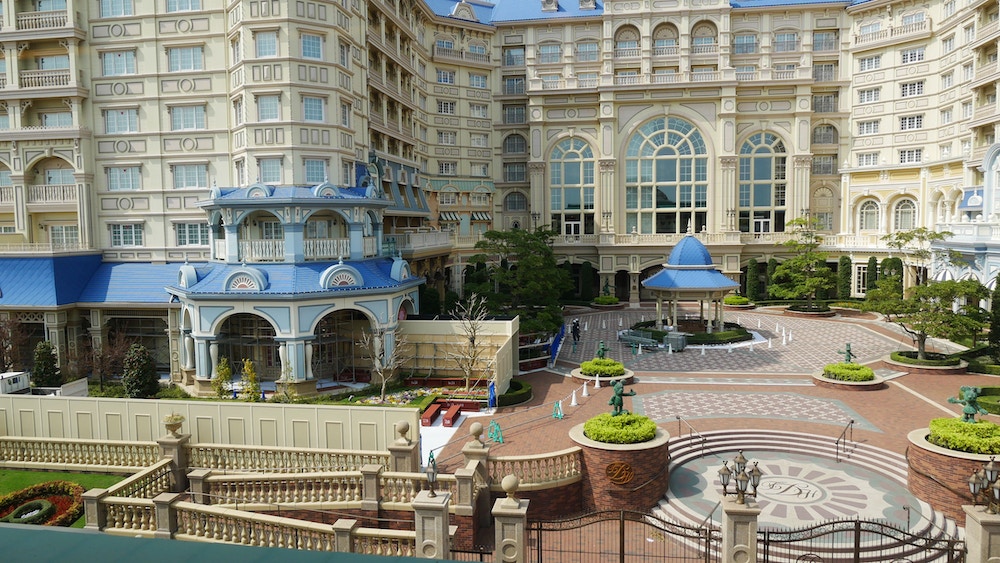 You can just barely see that a breezeway to Bibbidi Bobbidi Boutique was installed. This certainly looks like a long-term project. I’m surprised there was no warning on the Tokyo Disney Resort website like there usually is. 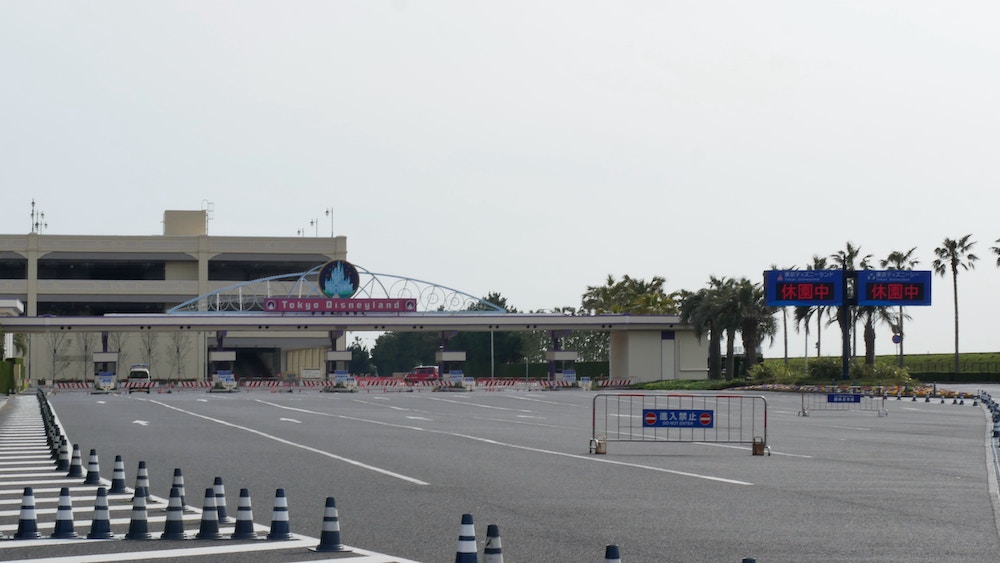 Thinking about driving up to Tokyo Disneyland? Think again! Barricades, cones, and more barricades all block your way. Parking lot signs for both Tokyo Disneyland and DisneySea say kyūen-chū, or “temporarily closed”.

Previous
TODAY on WDWNT LIVE: Join Tom for an Epic Pixar Animation Countdown at 11:00 AM, Plus an Evening of Disney Music with DJ Cosmic Reid!