Aloha, Disney fans! Aulani, a Disney Resort & Spa may be closed for the time being, but that doesn’t have to stop you from getting a little bit of the islands delivered to your doorstep!

This morning, we noticed a new line of items to celebrate the Hawaiian resort, which includes a line of Stitch merchandise as well as items featuring the Fab 5. Let’s see what we can get our hands on… 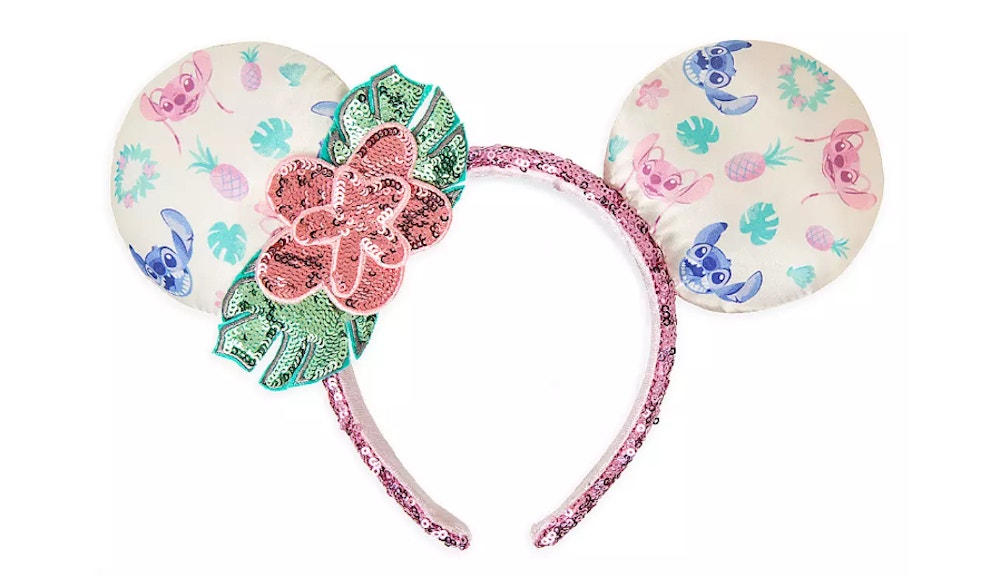 Stitch and his pal Angel float among pineapples and plumeria on these new satin Minnie Ears. The headband also features a sequined plumeria with a flower center that takes the place of the usual bow accent. 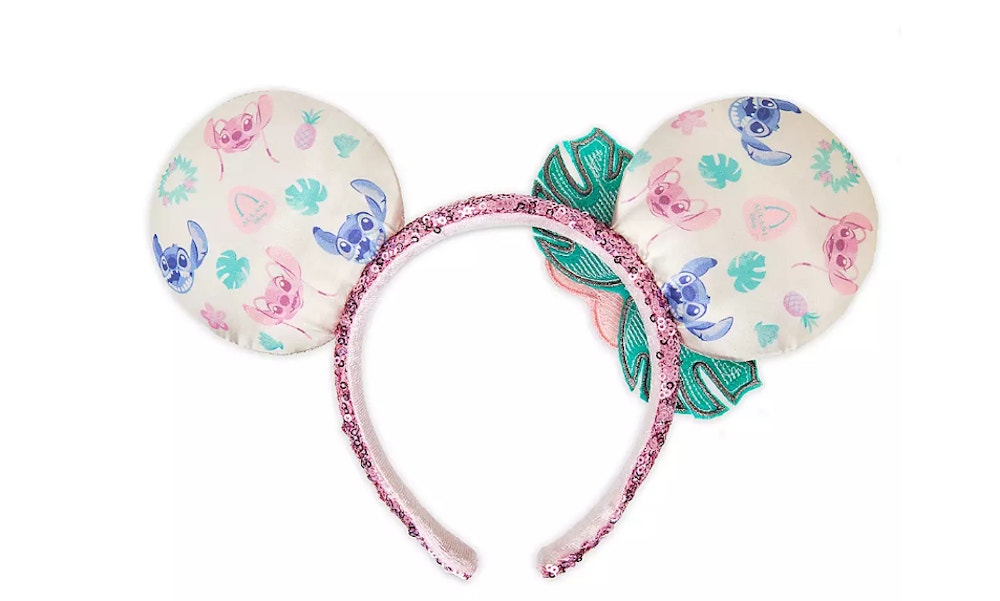 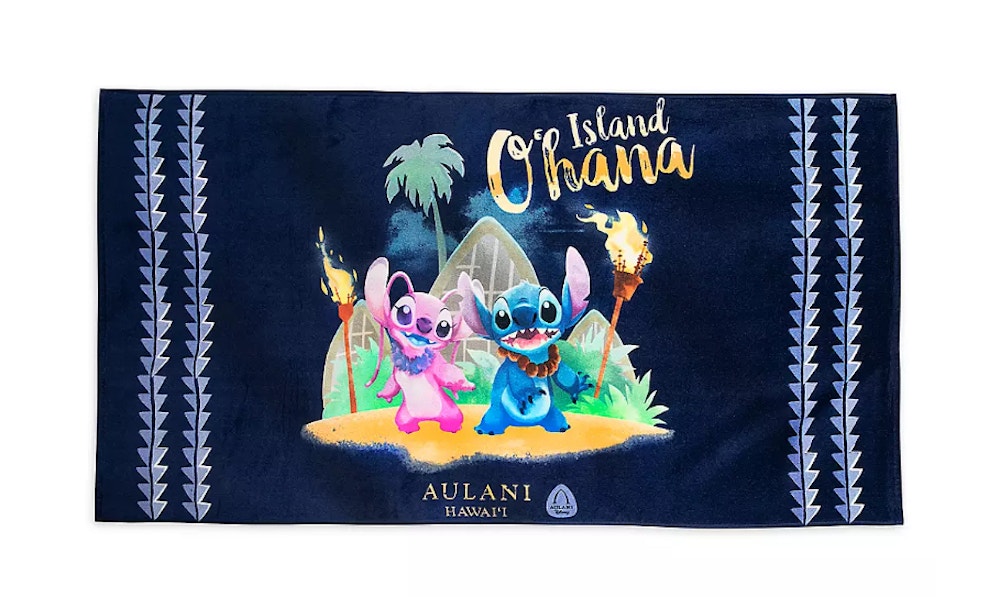 One of the new beach towels once again feature Stitch AND Angel seemingly performing in the middle of a Luau, complete with leis and torches. The towel also features the location “Island O’hana”, because no one gets left behind on a beach day! 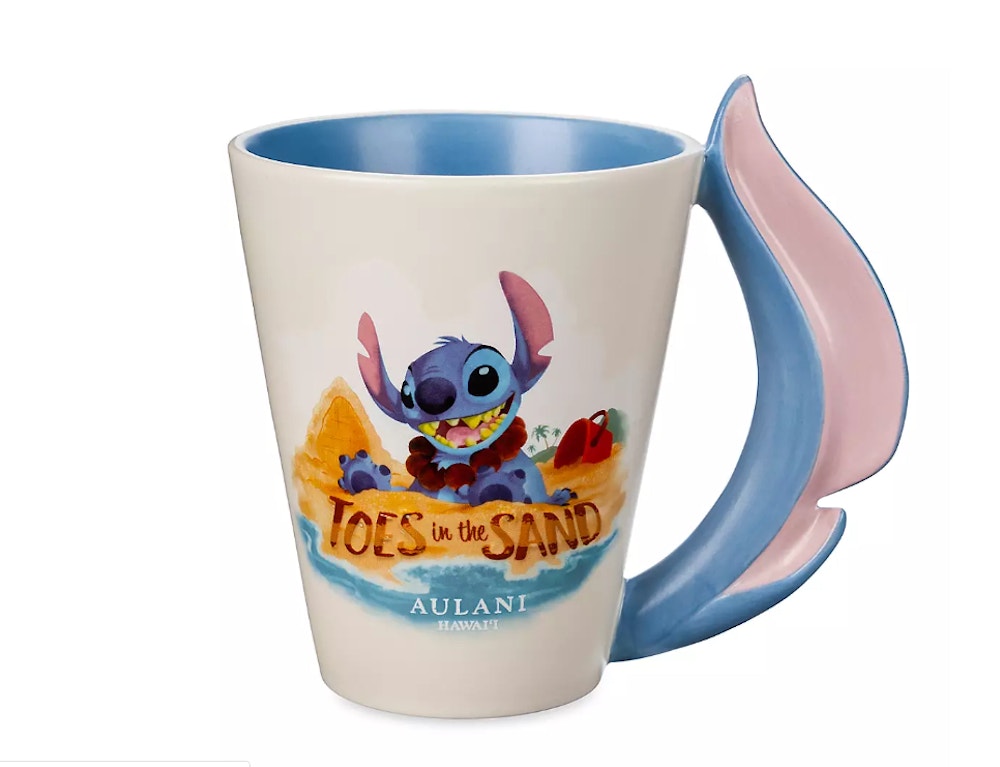 Stitch has got sand in his toes and mischief on his mind with this new Aulani mug. The mug features the phrase “toes in the sand” proudly on the front with an adorable Sitch ear doubling as the mugs handle! 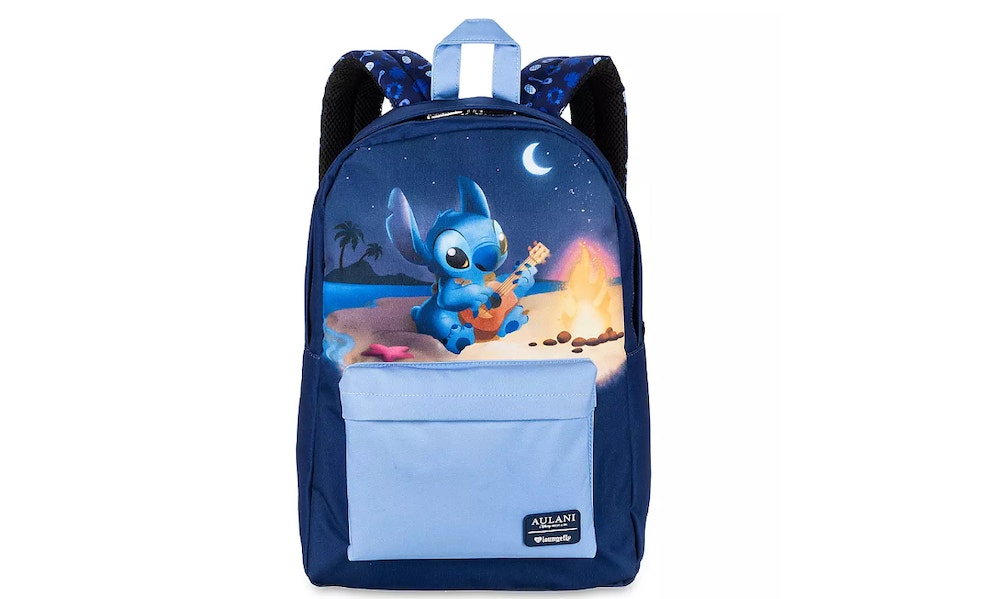 Time to cuddle up next to the bonfire and listen to some Elvis tunes on the ukulele! This new Aulani exclusive Loungefly features Stitch playing his instrument of choice on a mix of different blue shades. The backpack straps also features a collage of flowers, guitars, and pineapples! 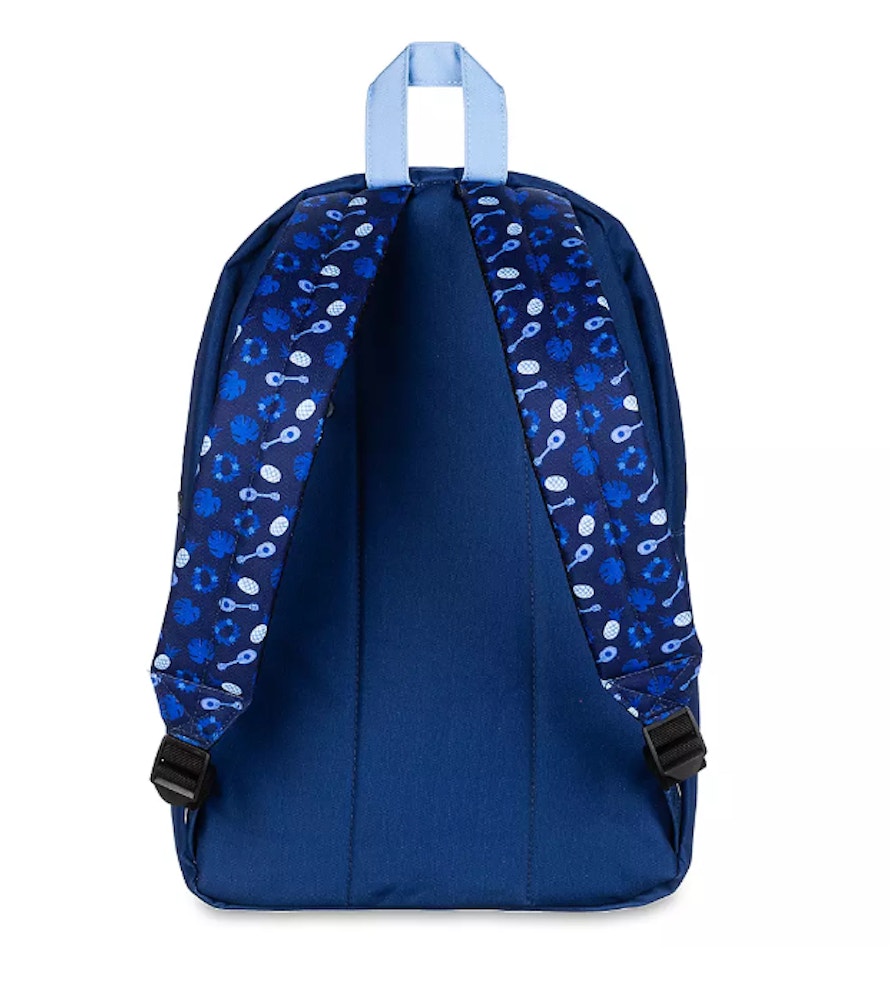 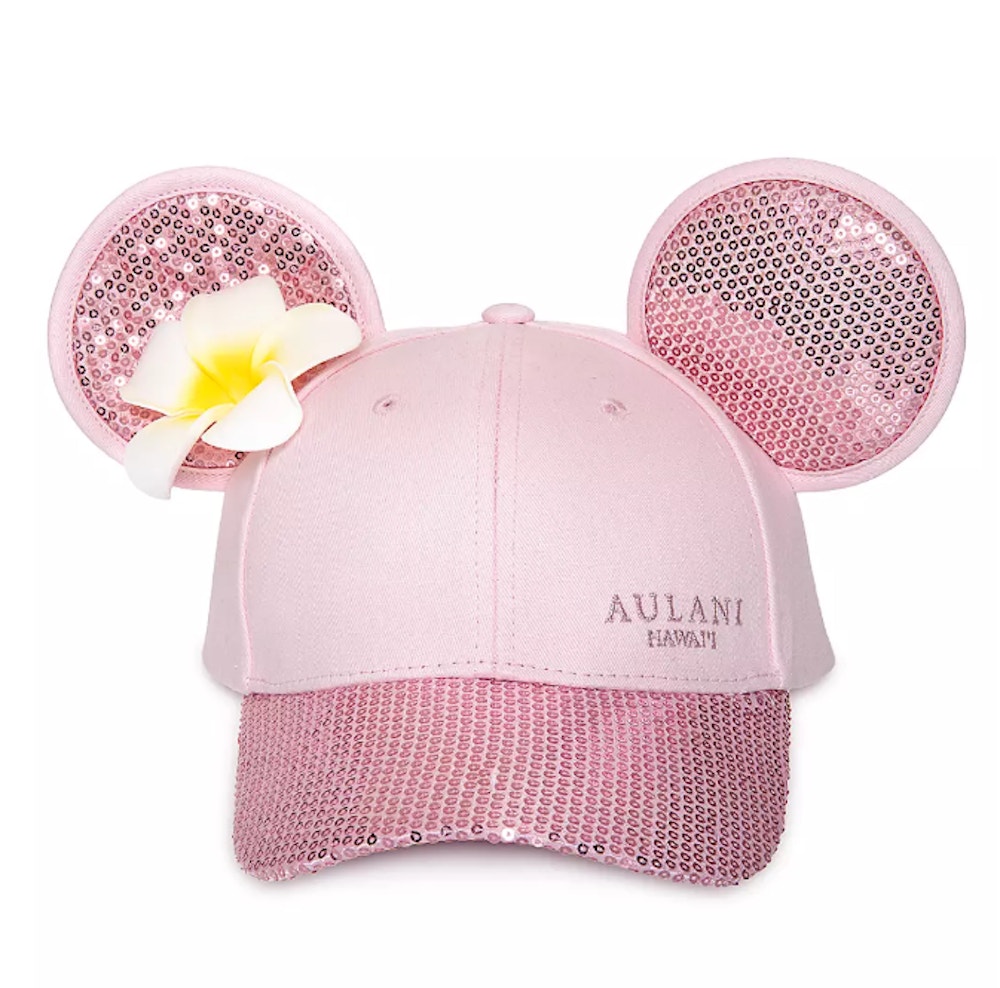 Not much of a Minnie headband person? No worries, Disney has you covered with a Mickey Ear baseball cap! This new hat features a sequined brim and ears complete with a beautiful hibiscus flower! And don’t forget that embroidered Aulani logo. 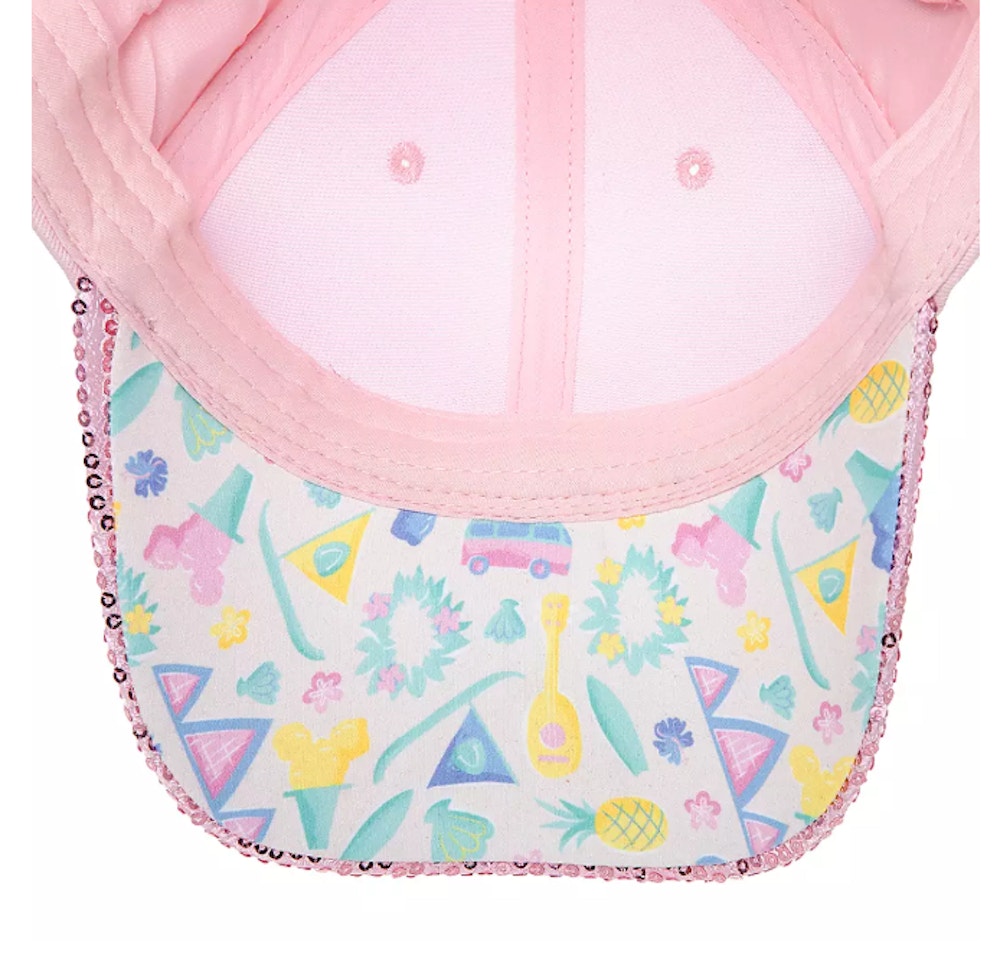 Under the brim, you also get a beautiful collage of guitars, pineapples, surf-boards, snowcones and MORE. 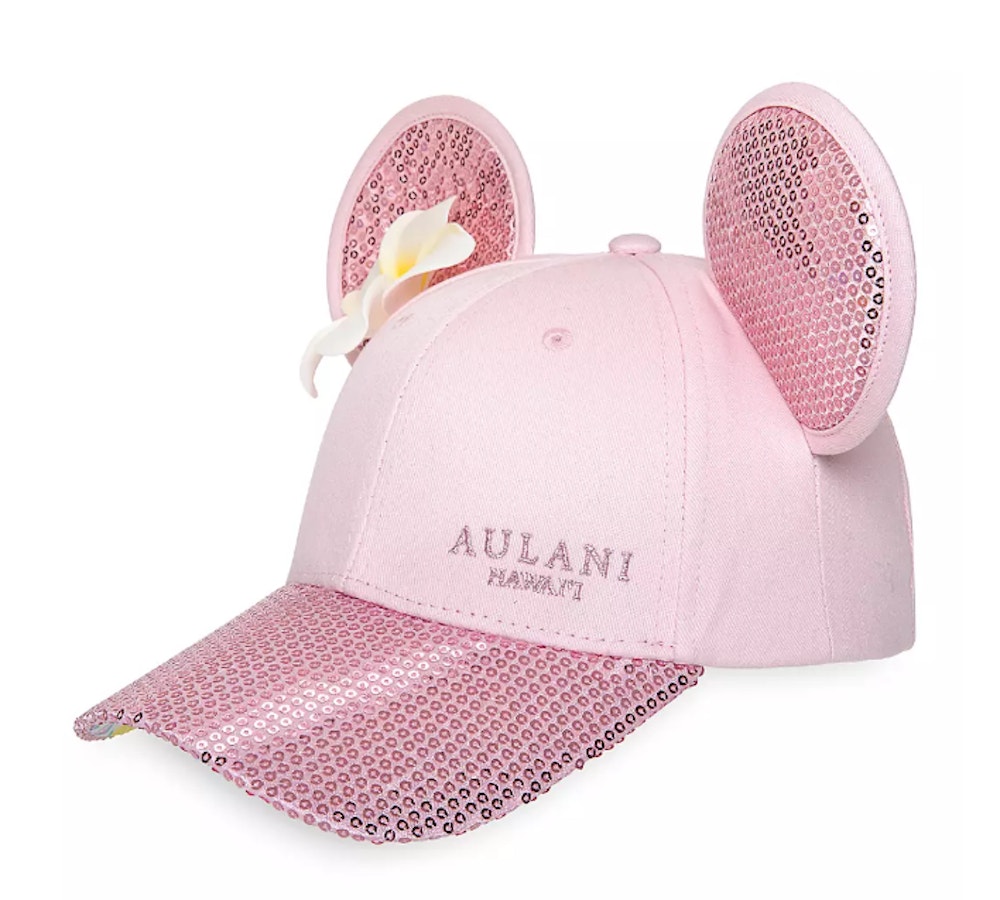 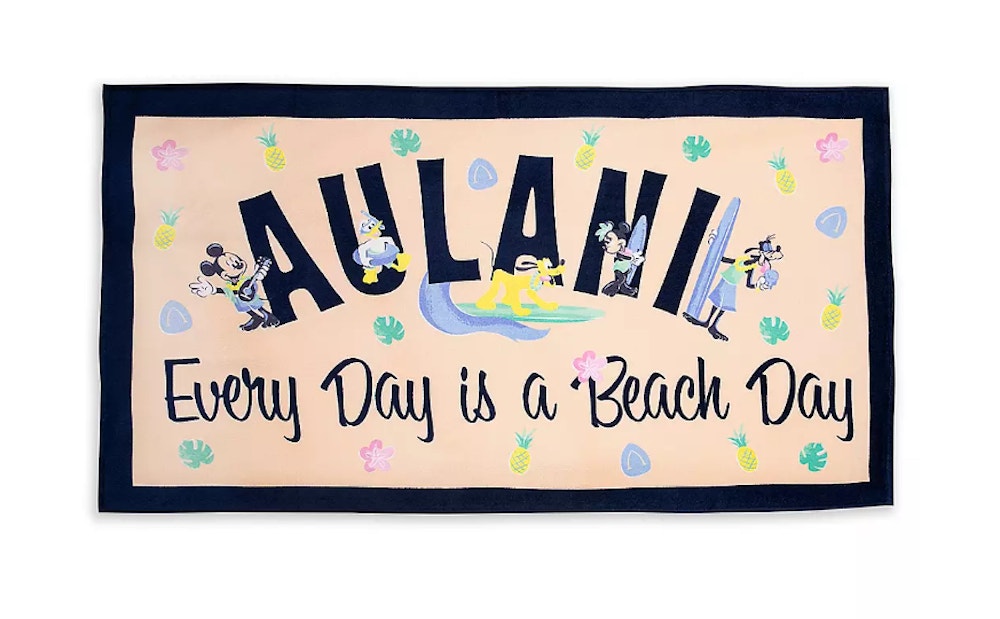 Make every day a beach day with this tropical towel featuring the “Fab 5” themselves! With an adorable Mickey playing Ukulele, Donald getting ready for a swim and Pluto, Minnie and Goofy preparing to catch some waves, this towel is sure to be a classic. 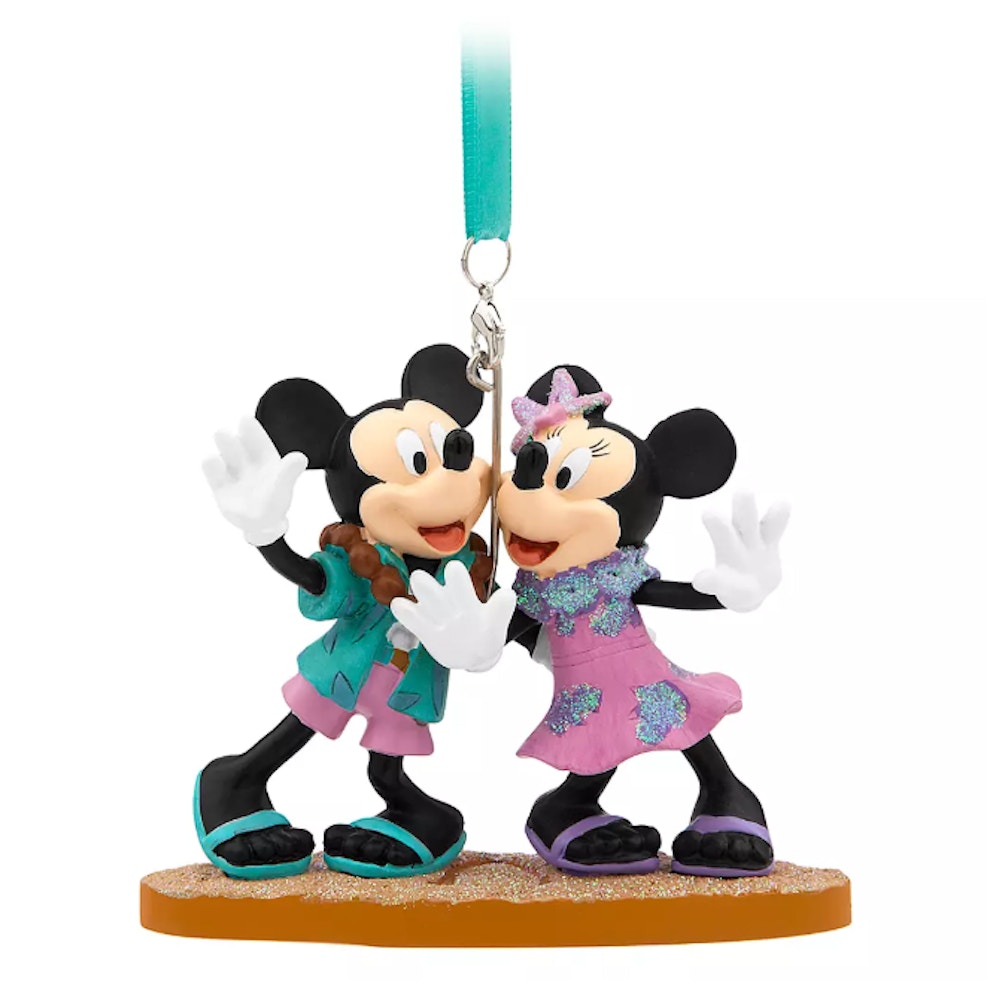 It’s never too early to start buying Christmas decorations! This figural ornament has the famous mouse couple themselves doing the hula in their Hawaiian beach garb. We especially love the glitter added to Minnie’s dress and lei, which is sure to make any tree sparkle. 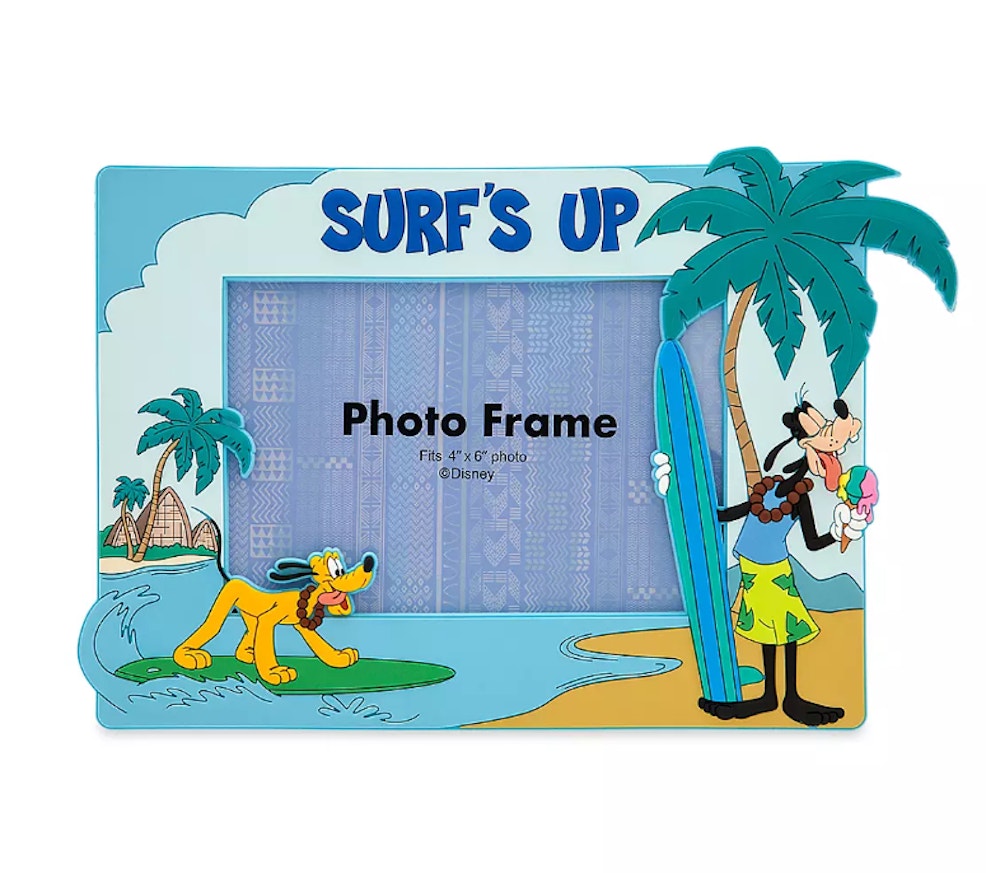 Do you have any surfing photos that need framing? If not, this adorable frame is perfect for any beach day photo. Featuring a surfing Pluto and an ice-cream eating Goofy, this frame is sure to bring a smile to your face as you look back on your memories. 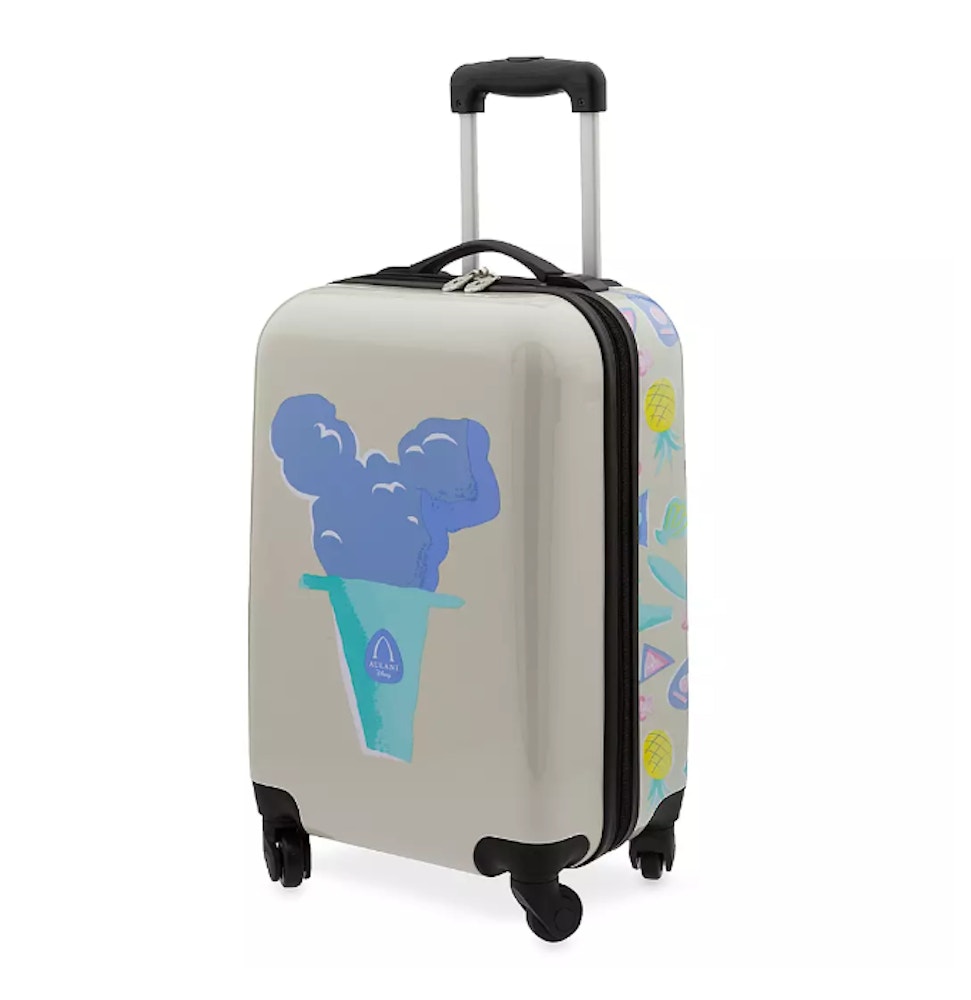 And last but certainly not least, we have the new Aulani Resort rolling luggage! This hard-shell case will be just the thing to pack your swimsuits in as you escape to the sunshine. With the front featuring a Mickey-shaped shaved ice (a staple treat for those visiting Aulani) and the back designed with the same collage pattern as the Mickey baseball cap, you will be sure to make everyone at the airport jealous. 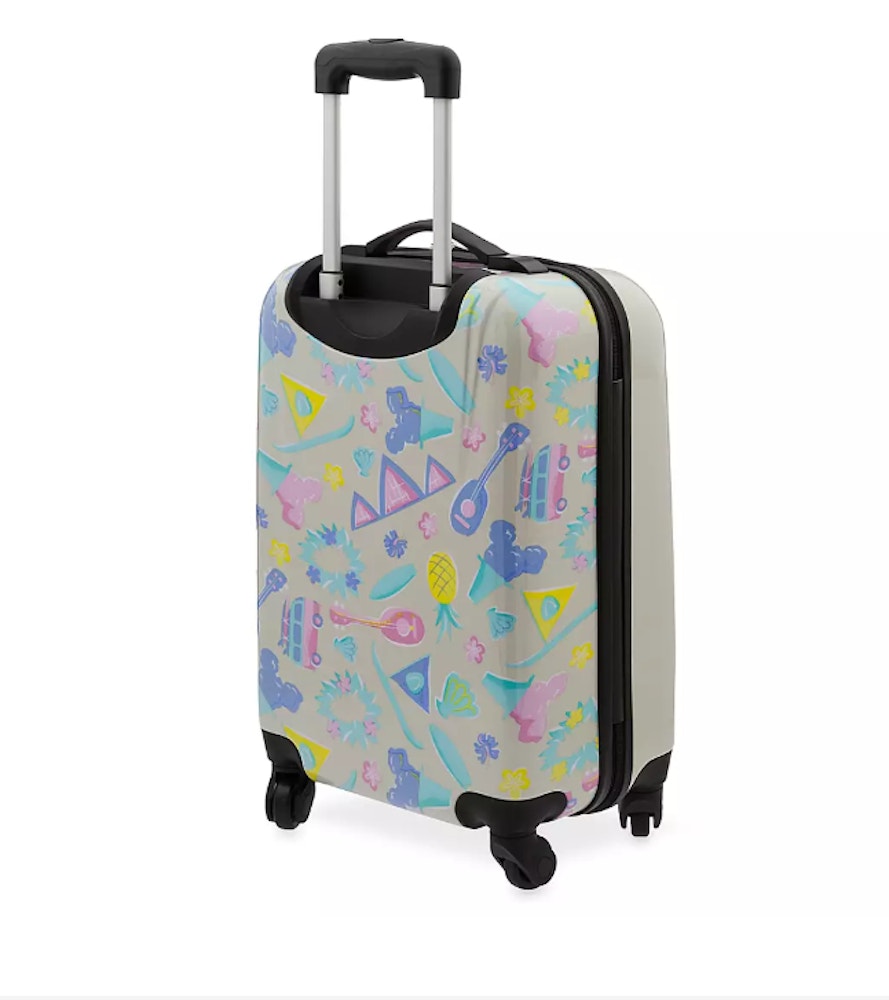 All these Aulani inspired items can be found now on ShopDisney.com! So make sure to grab them before they’re sold out, you wouldn’t want to miss out on these little pieces of island paradise.