Picture it: Sicily, 1920… I mean, your neighborhood, Summer 2020. You’ll be able to show your love for “The Golden Girls” with the new summer apparel and accessory collection from Toynk Toys! Whether you love Dorothy, Blanche, Rose, or Sophia, there’s something for everyone. Below is the full collection, along with the suggested retail price. The new collection is now available for purchase at Toynk.com 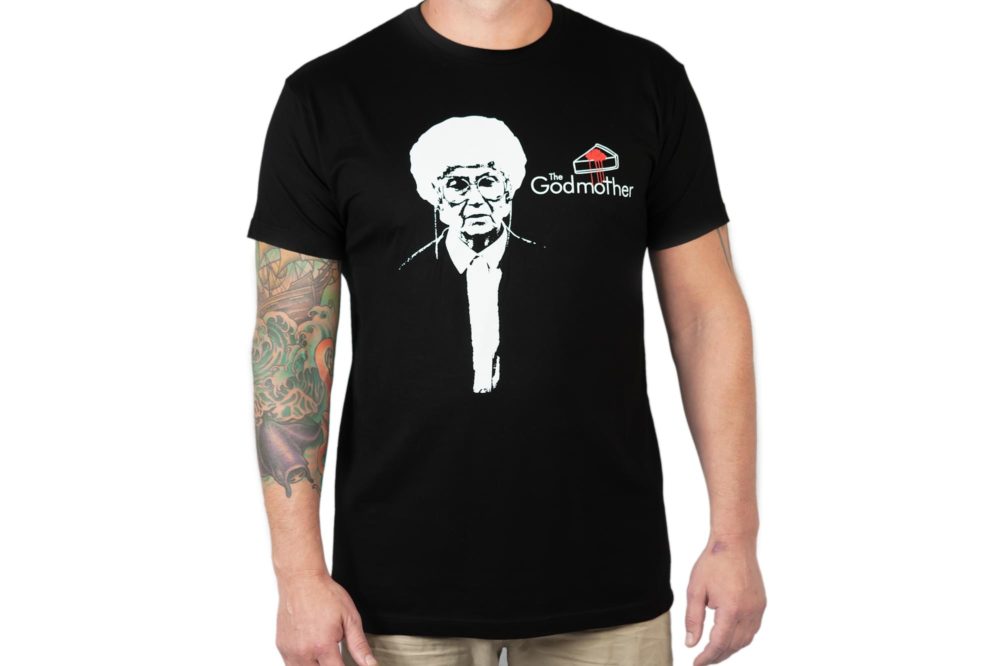 Now this a t-shirt I can’t refuse. (Mostly because I’m scared to see what Sophia would do if I did.) 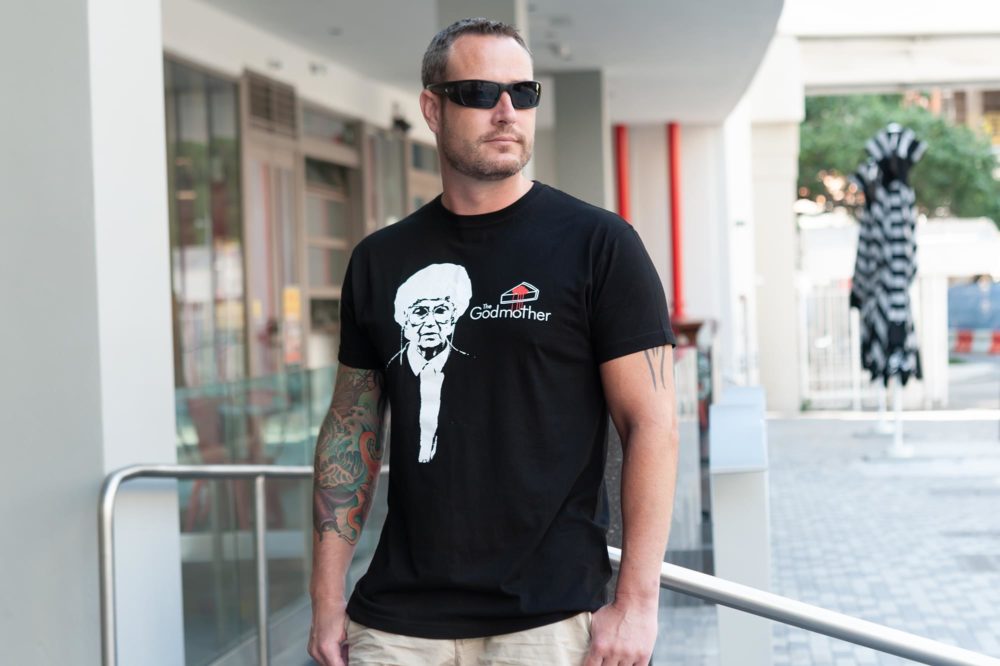 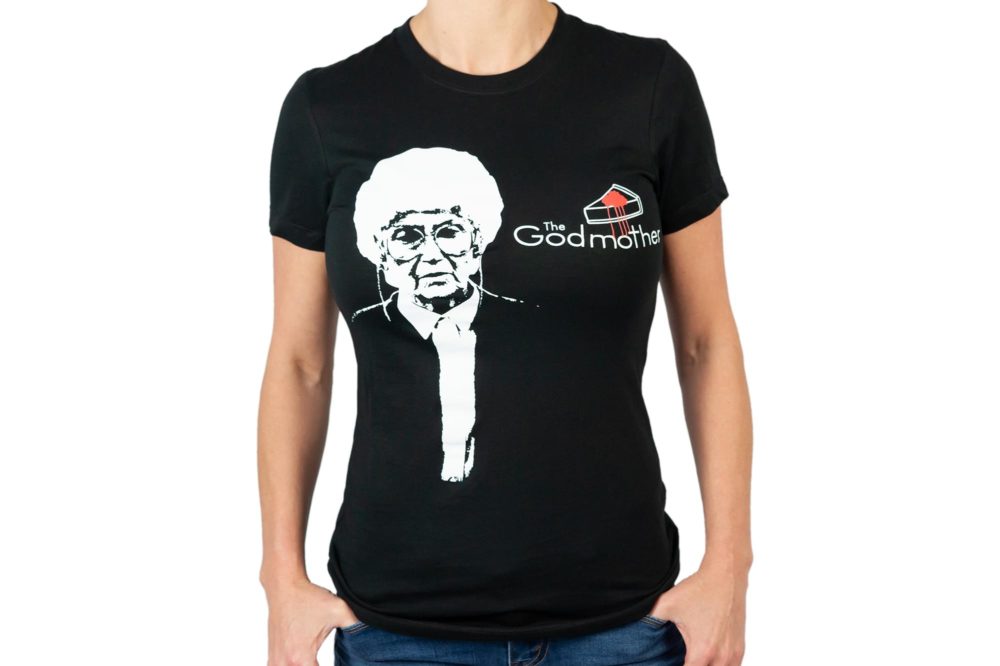 I love how they put in a reference to cheesecake, a favorite dessert on the sitcom. 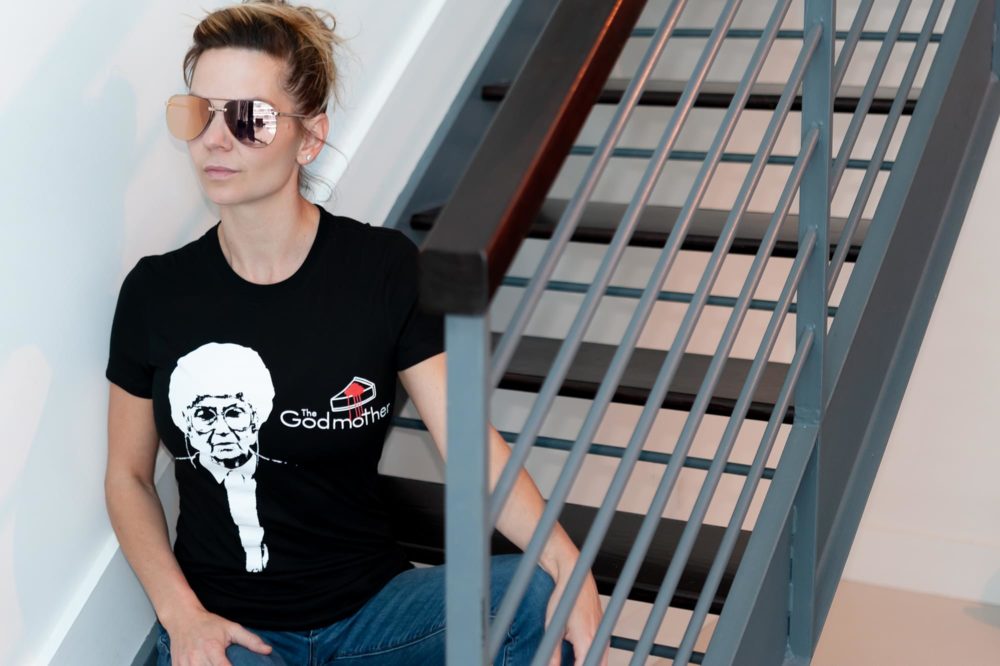 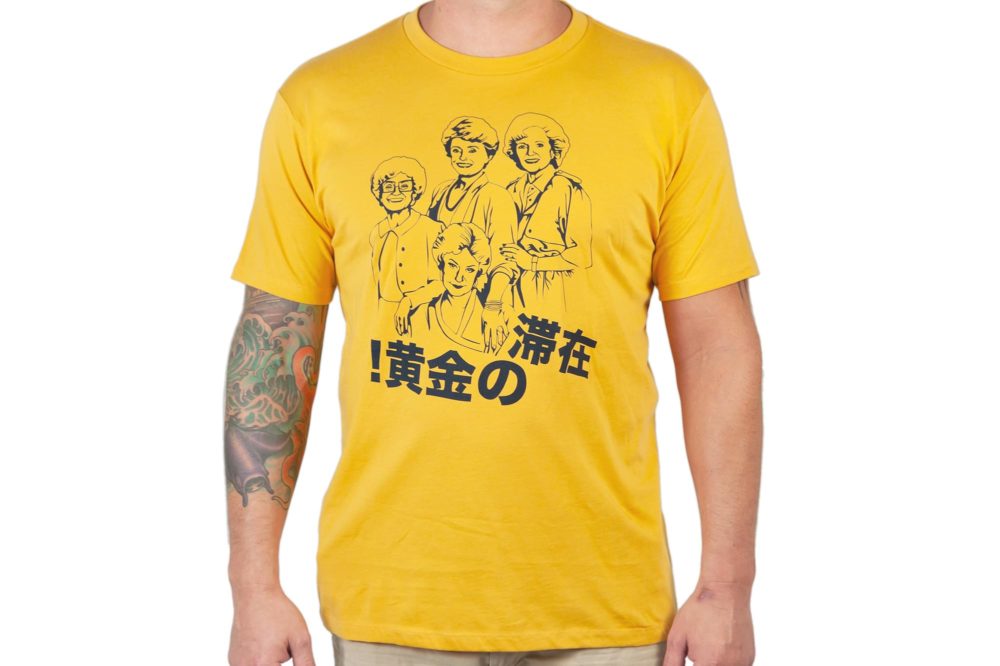 From the Southeast to the Far East, the lead foursome can be found on a shirt that says “Stay Golden” in Japanese. 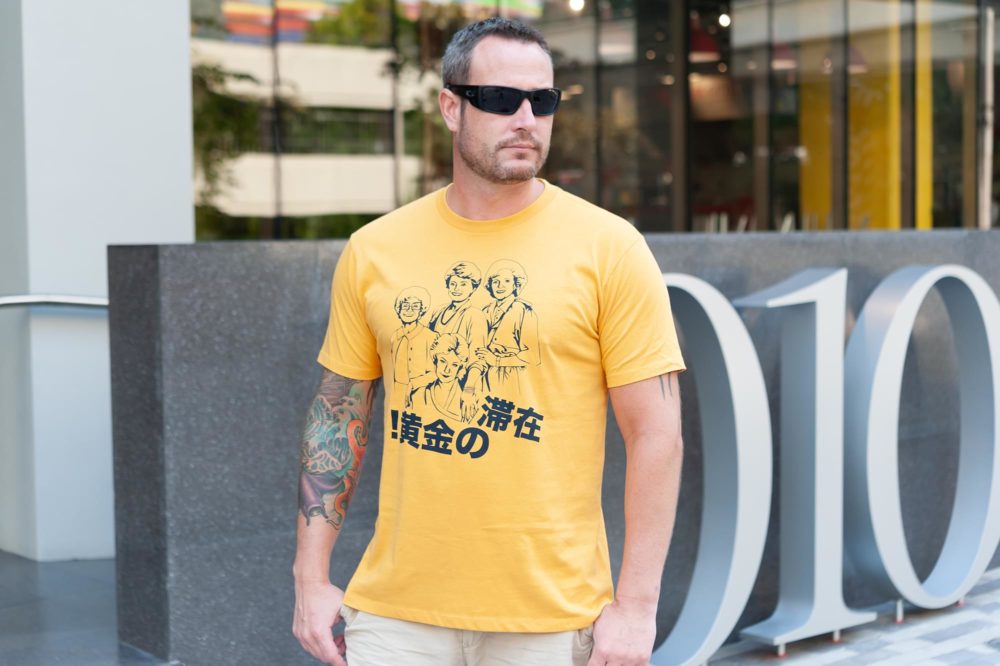 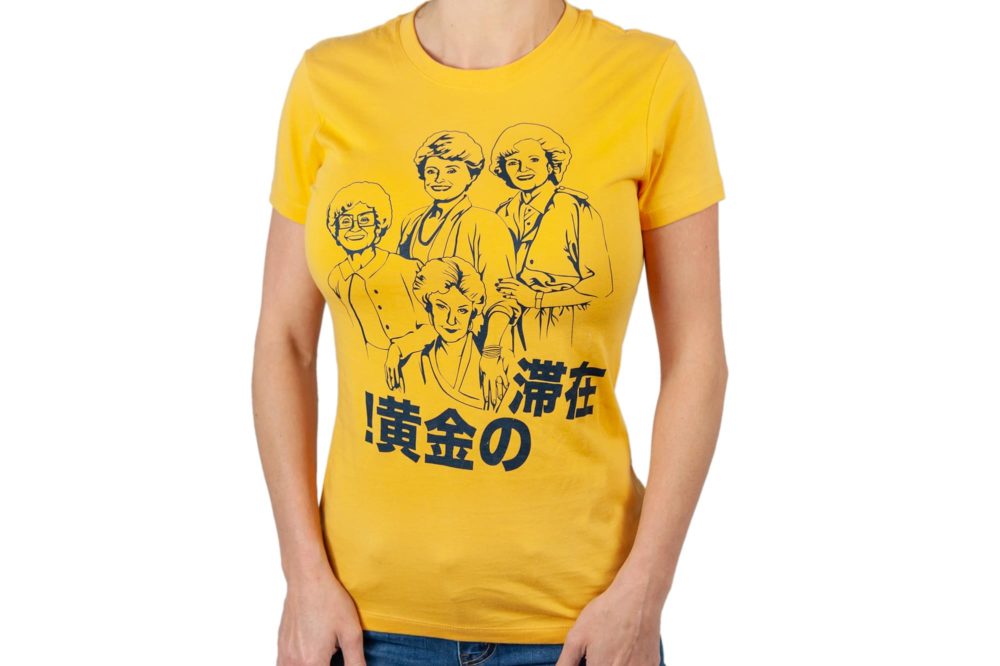 Y’know, if you ordered the shirt this summer, you’d definitely have it in time for the Summer Olympics when they hit Tokyo next year! From Miami to the world! 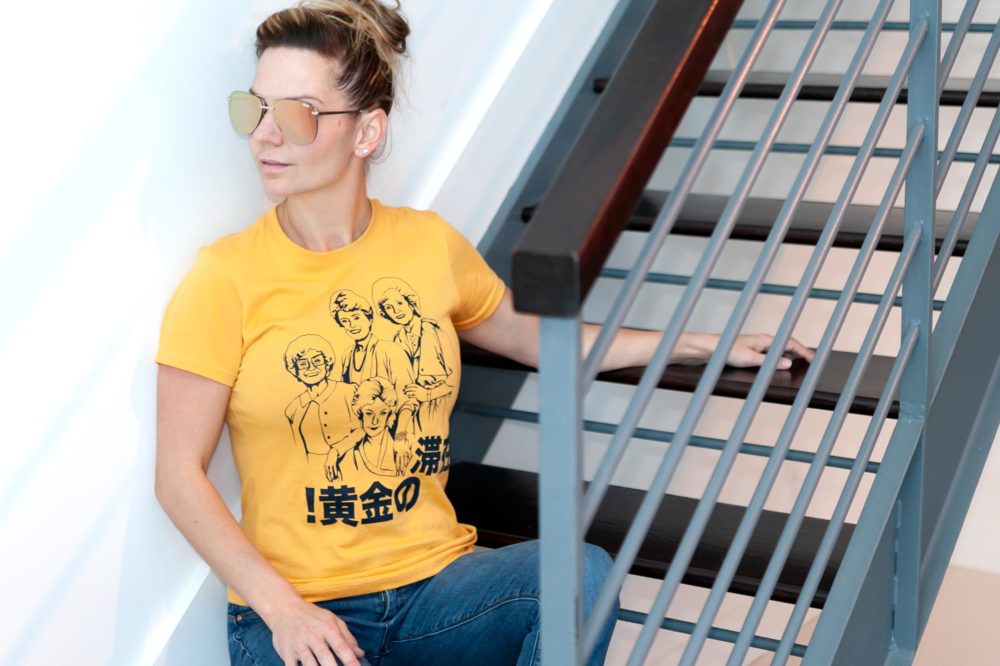 While these girls could be feisty, I wouldn’t classify them as mean. Still, you can show your love of classic sitcoms and Tina Fey movies with this t-shirt! 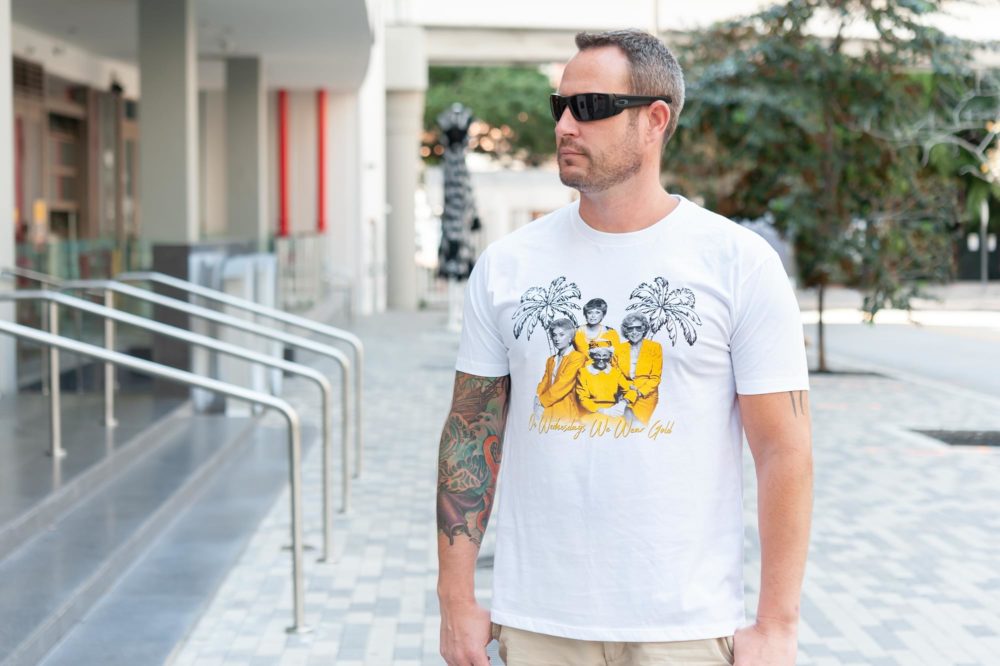 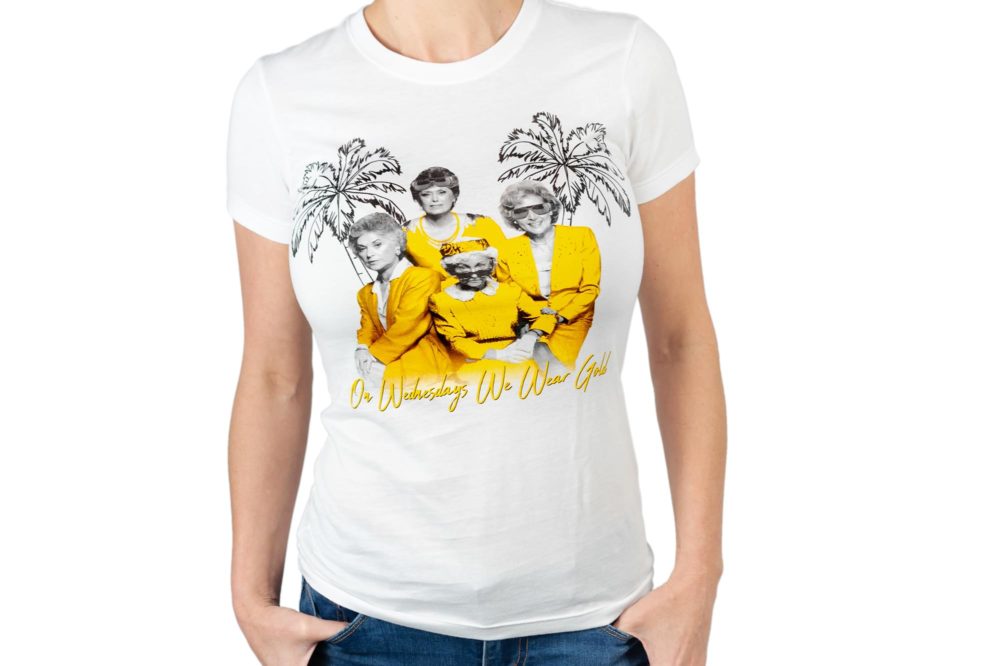 You may not be able to make “fetch” happen, but you can bring out your inner Zbornak, Devereaux, Nylund, or Petrillo! 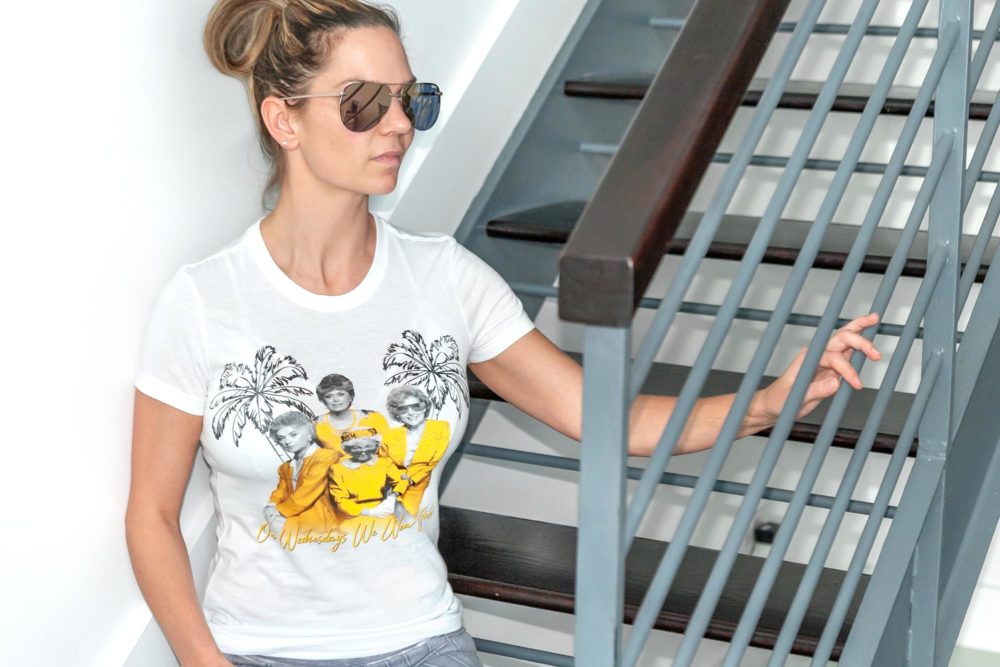 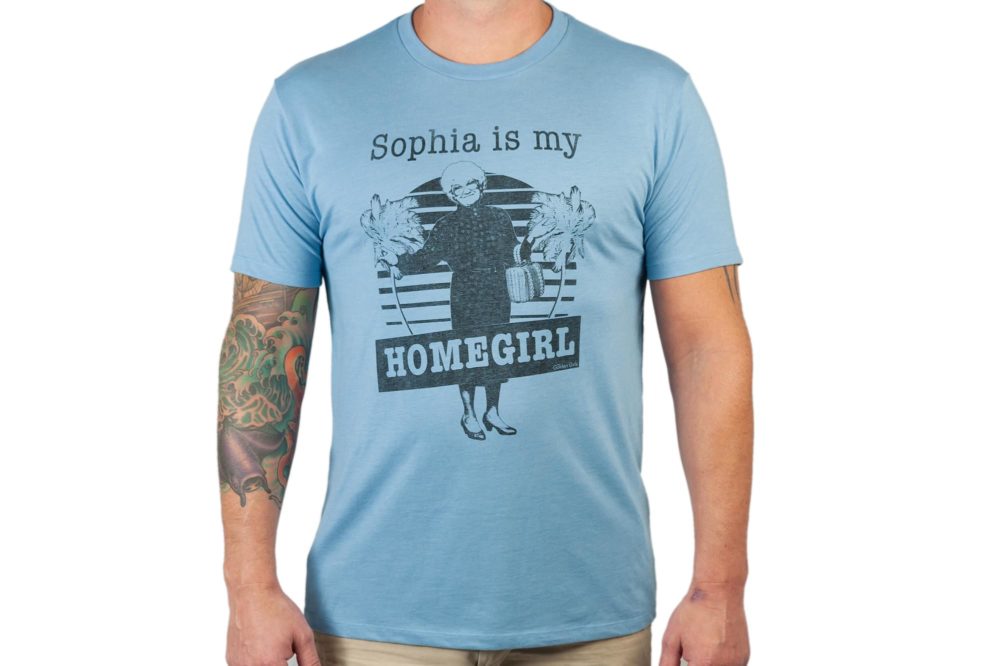 Whether she was wisecracking or offering advice, Sophia was everybody’s homegirl. 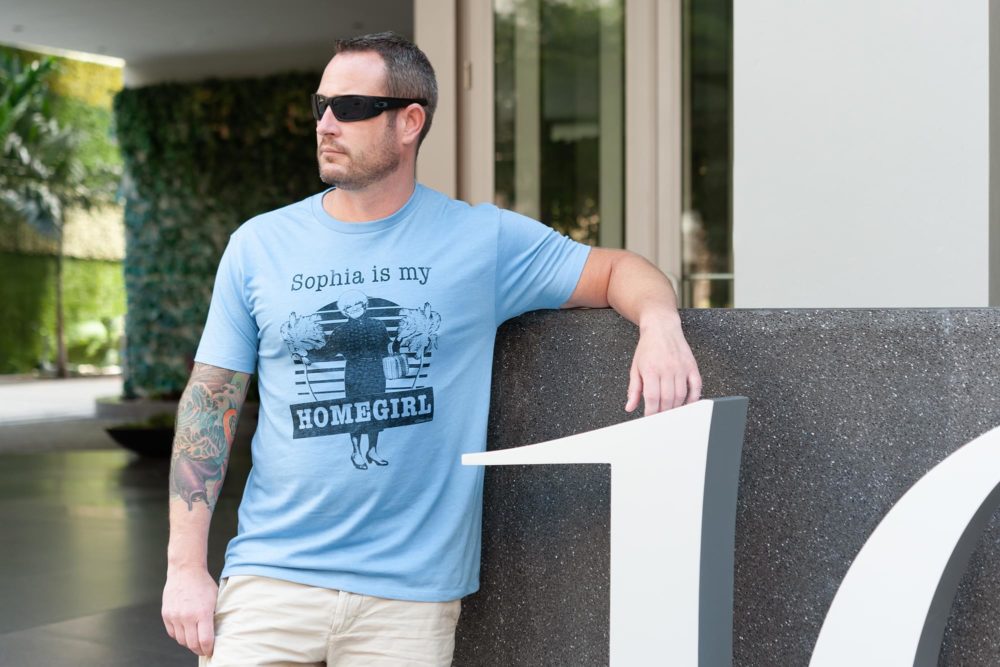 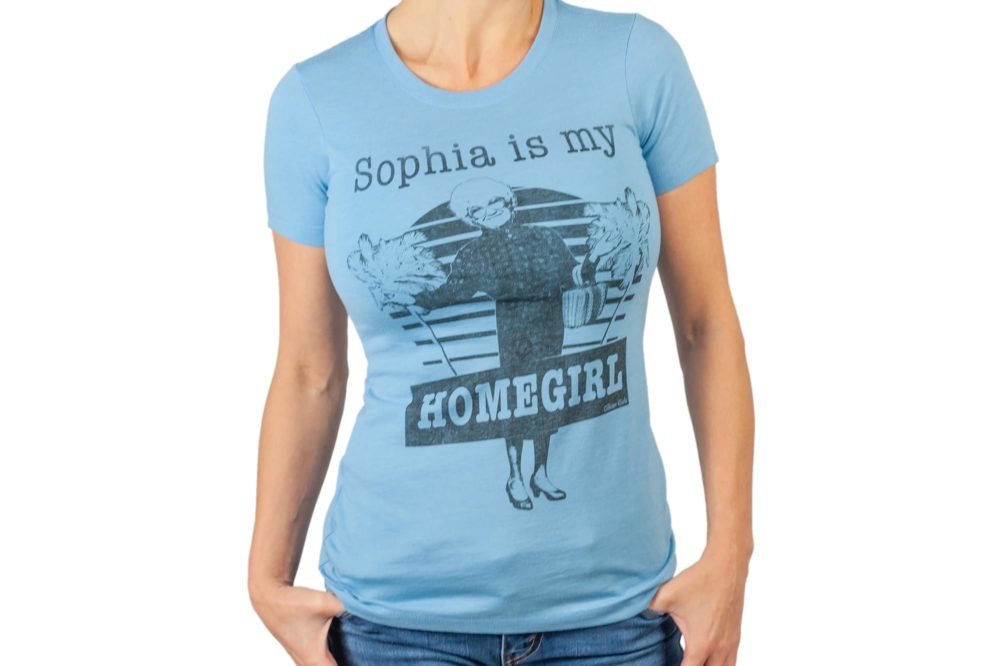 This shirt is perfect for telling anecdotes and taking no guff. Who wouldn’t want to be friends with Sophia? 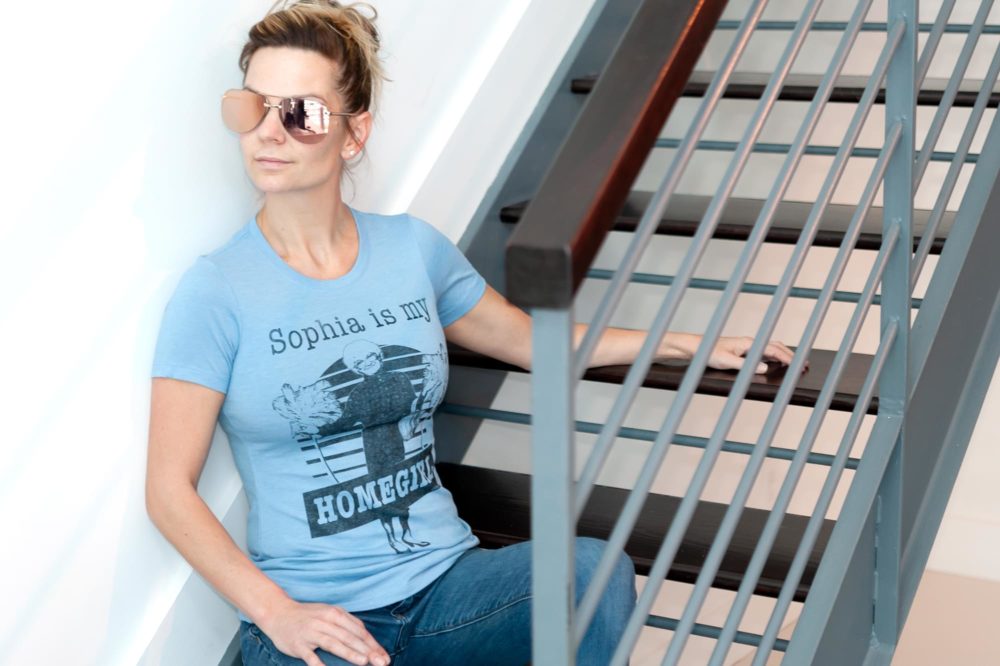 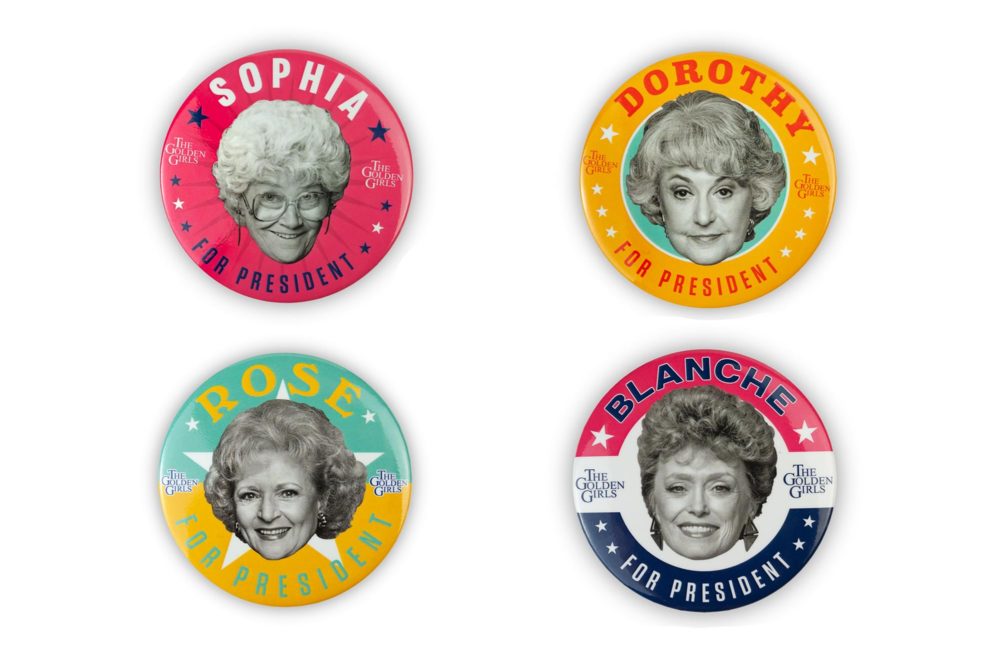 You can celebrate the show’s 35th anniversary by electing to wear these presidential campaign buttons! 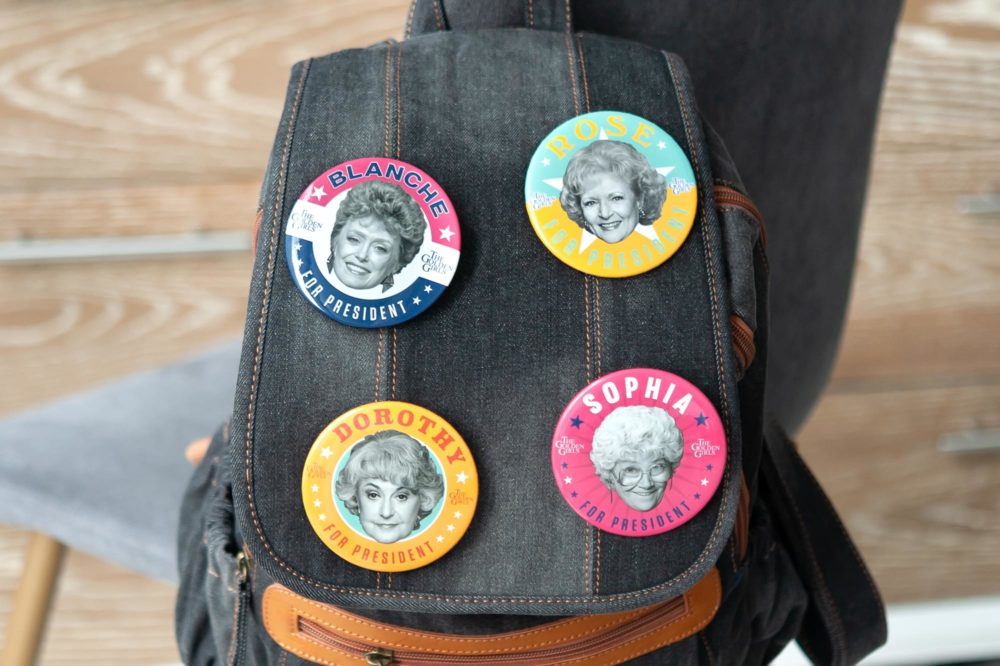 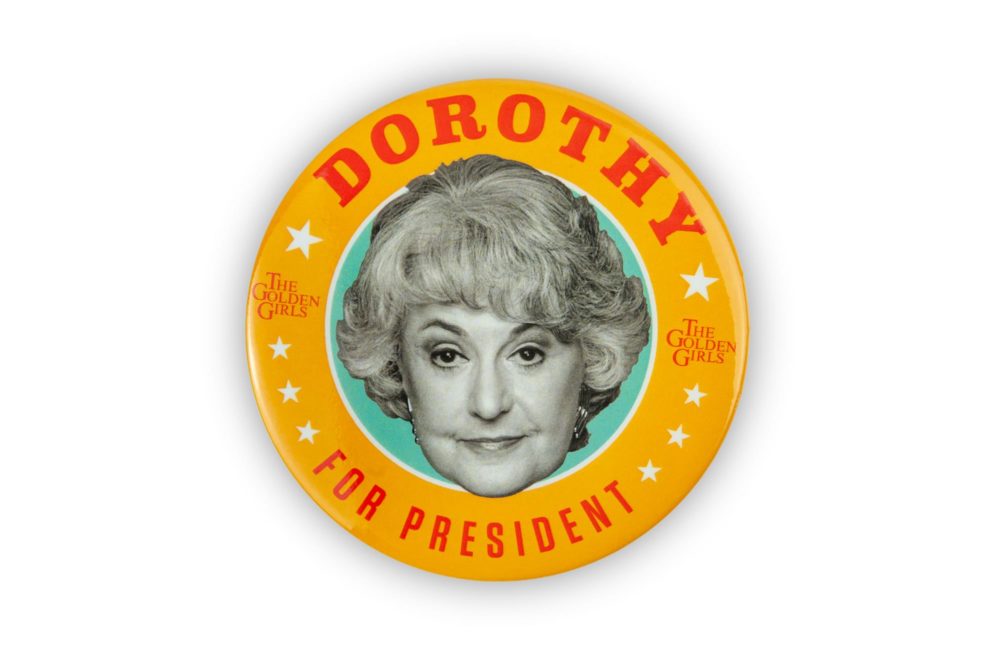 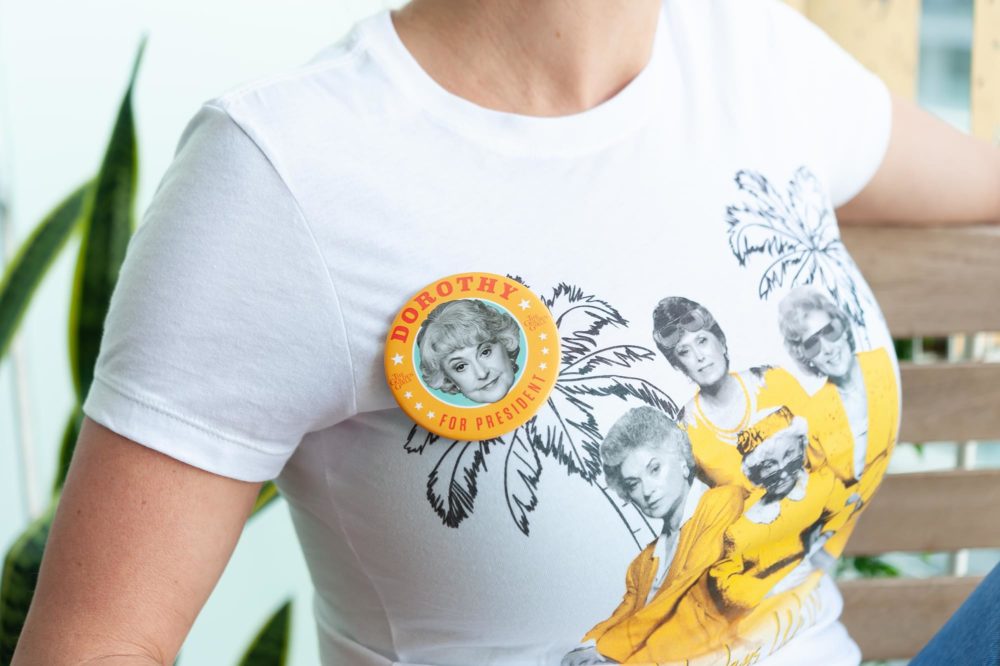 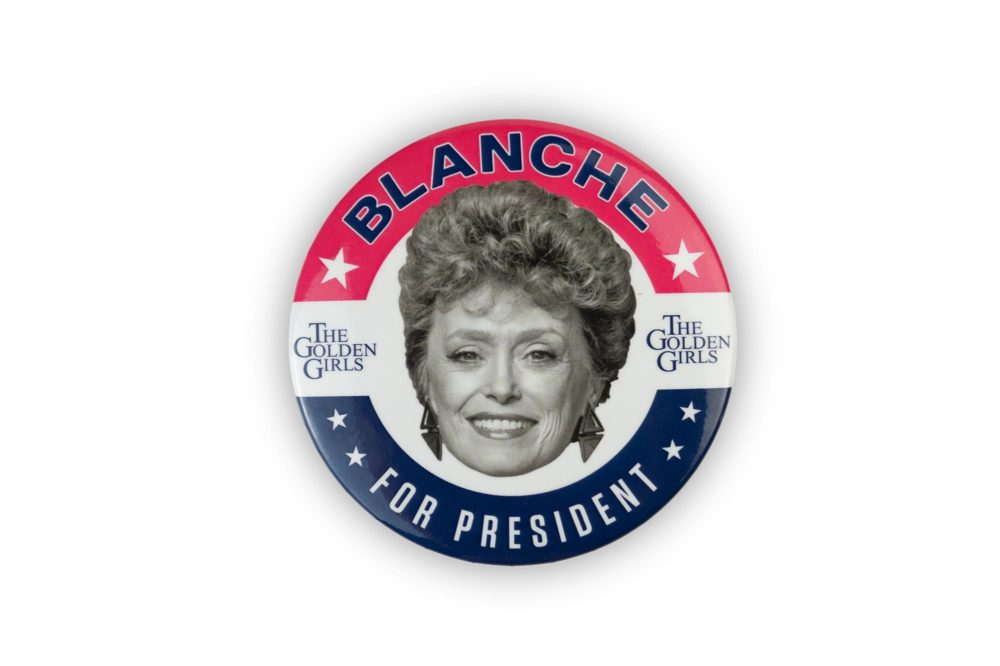 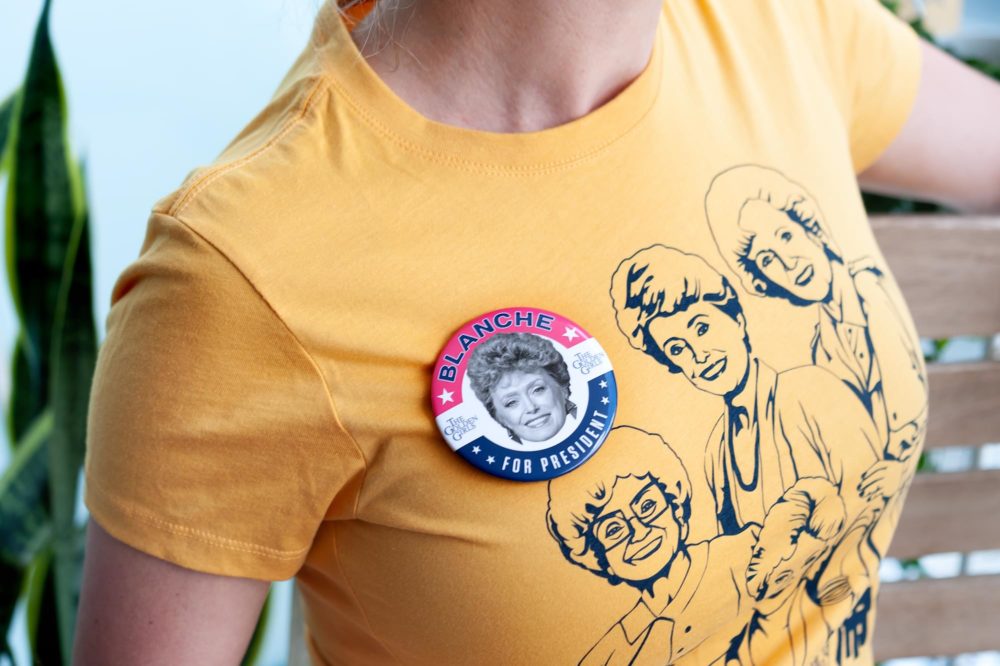 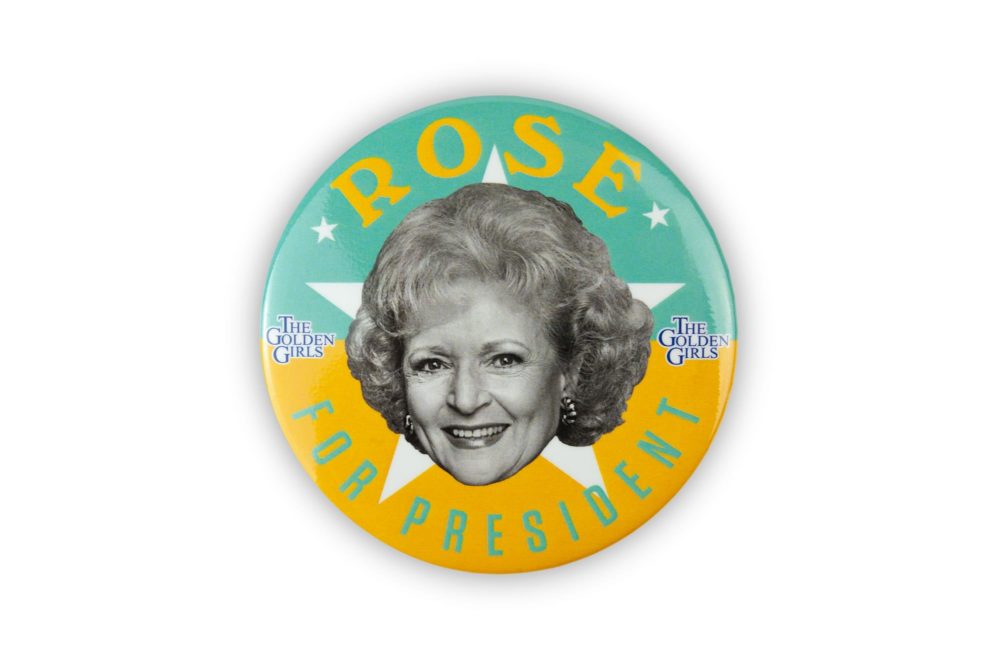 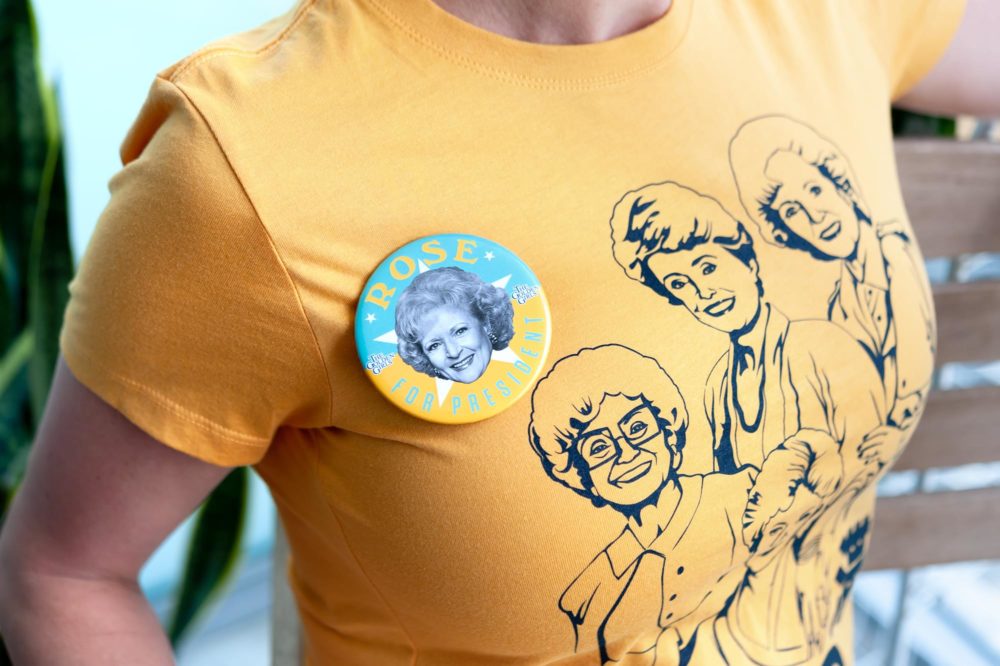 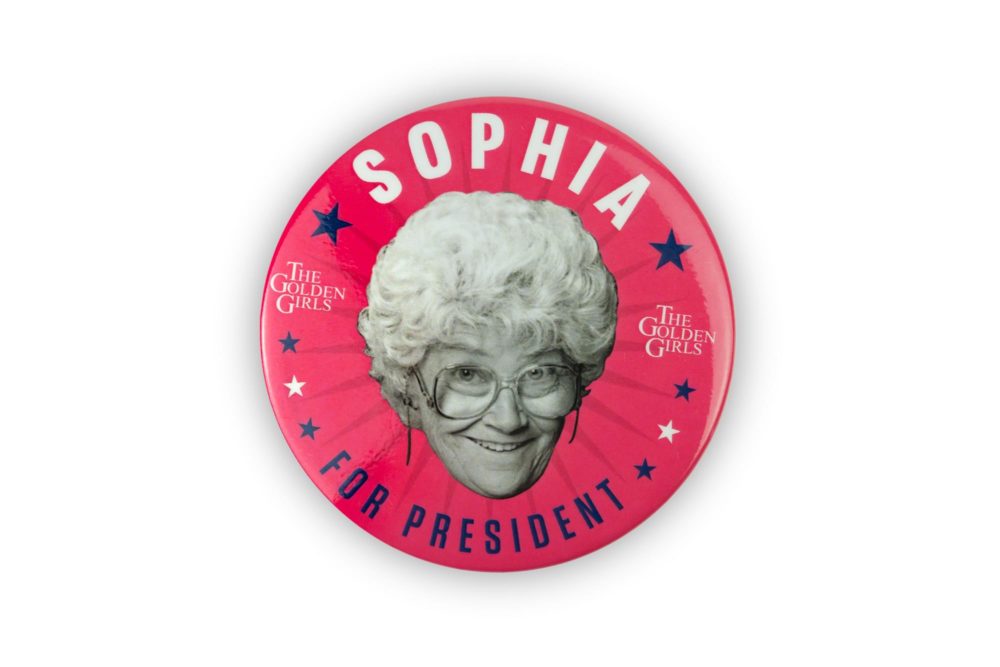 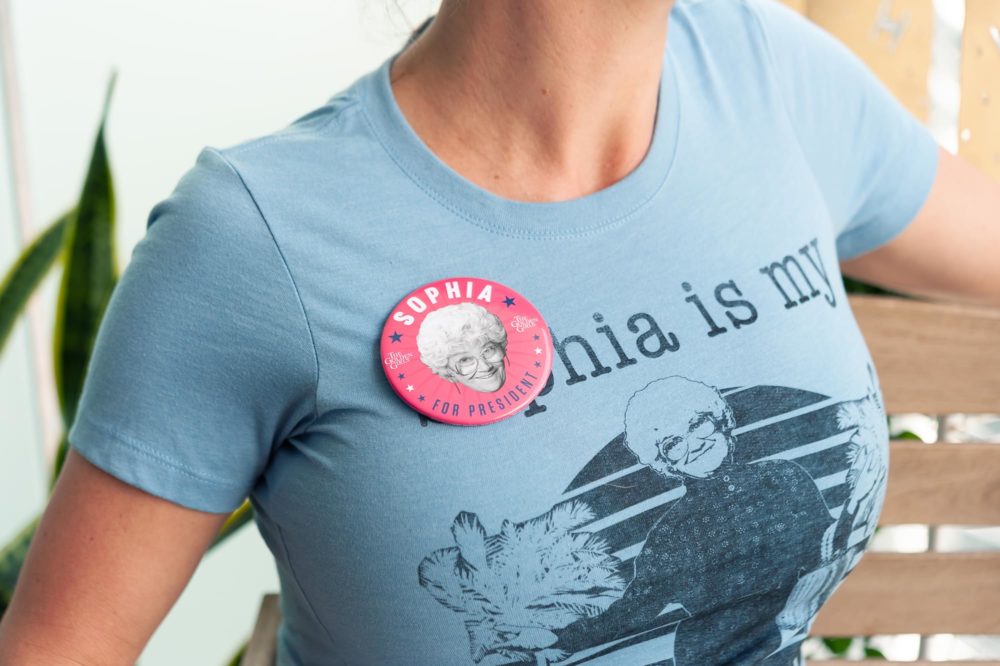 What items will you be casting your vote for?