Now that Shanghai Disneyland has reopened to guests, now’s a good time as any to make some changes… especially if it involves a pair of fun-loving chipmunks. 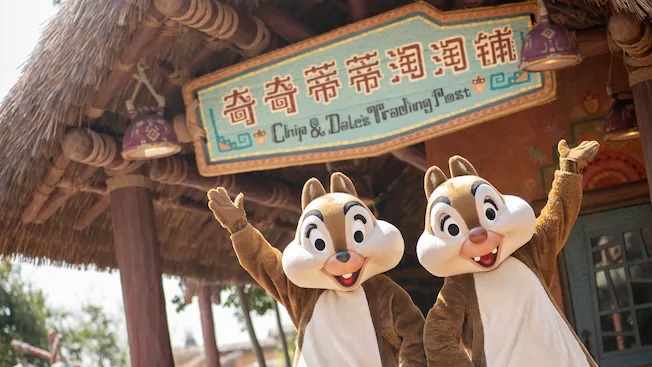 The Shanghai Disney Resort website gives this description of the shop:

Chip & Dale have come to Adventure Isle in search of the legendary giant acorn and set up this trading post as a base for their explorations. Pique your curiosity with all the fun apparel, toys, plush, accessories, as well as unique items collected by these lovable chipmunks. You can also take your chance at Chip ‘n’ Dale Lob-A-Log!

The re-themed store was featured in a video, along with some of the Chip & Dale-themed merchandise found within, according to Disney Magical Kingdom Blog.

Here’s just a few screenshots from that video: 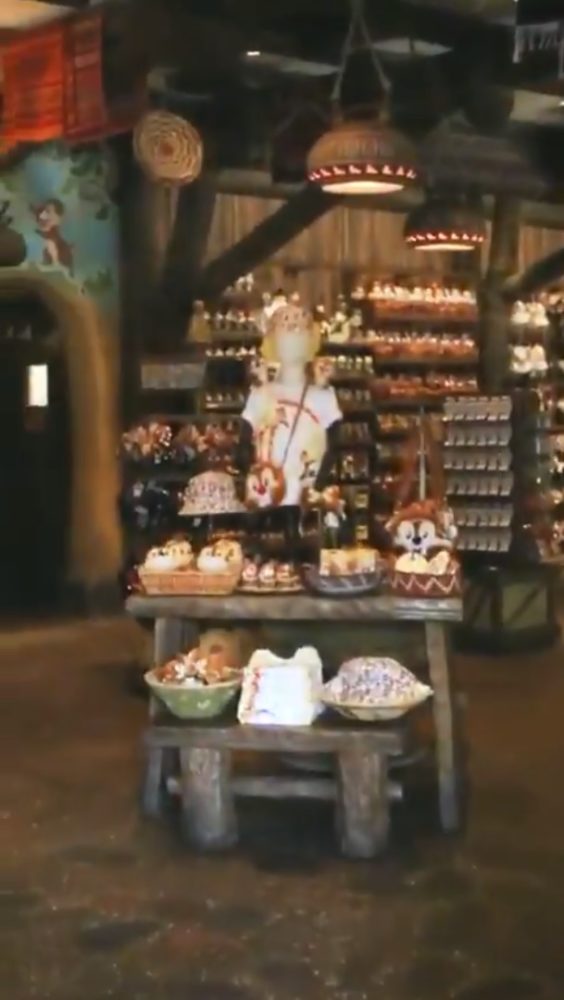 From this screenshot, it’s easy to tell that the character theming continues within the store. 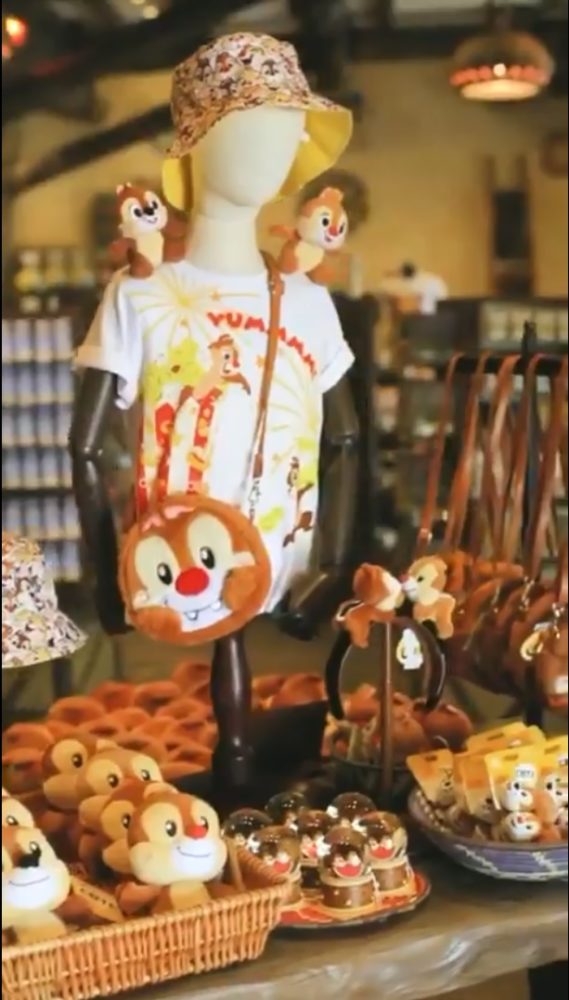 Yeah, I’ll just take one of everything, please. 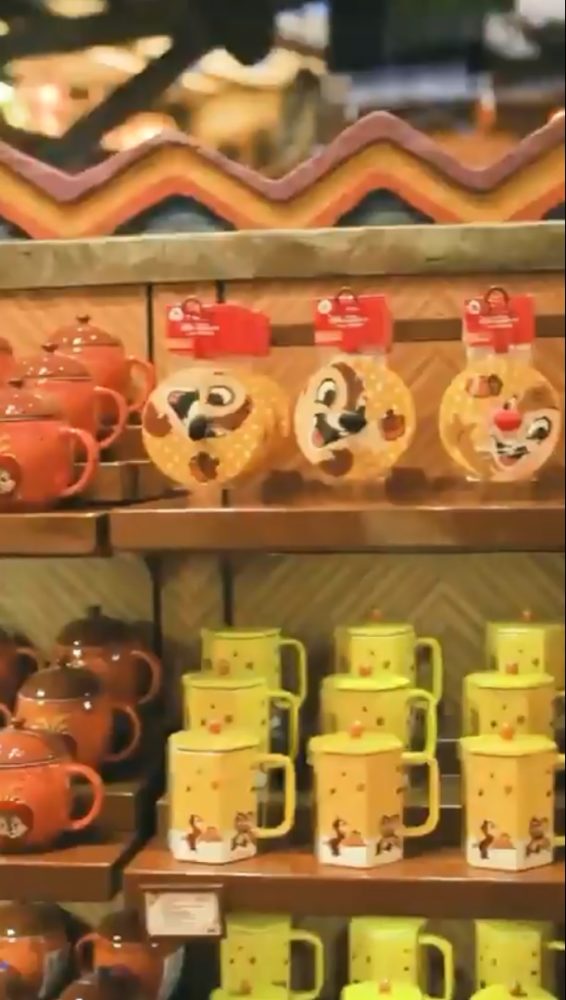 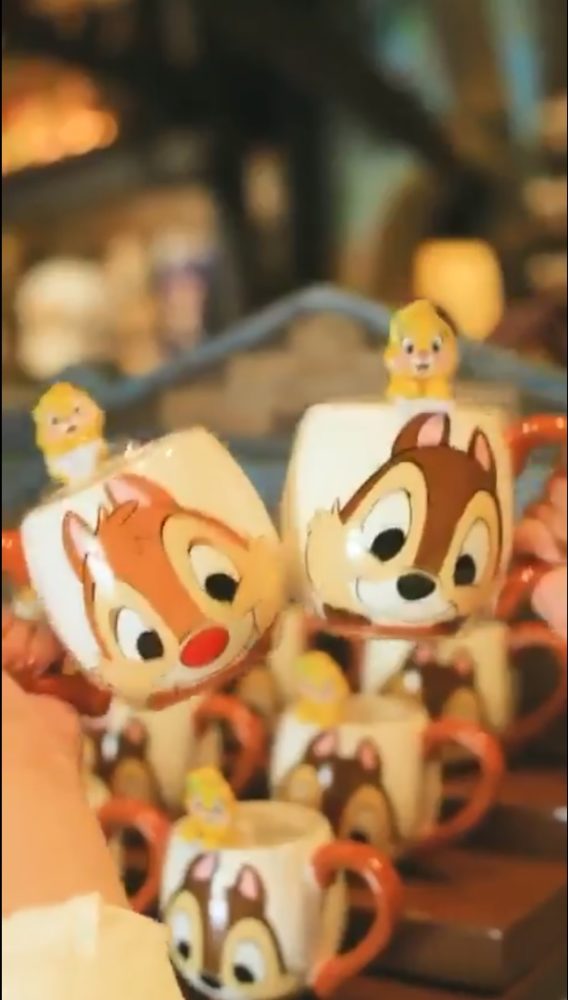 Cheers to a new shop, and to those great pair of chipmunks… or should I say explorers?