It’s a girl! On Thursday, Disney’s Animal Kingdom announced the birth of its first babirusa piglet. 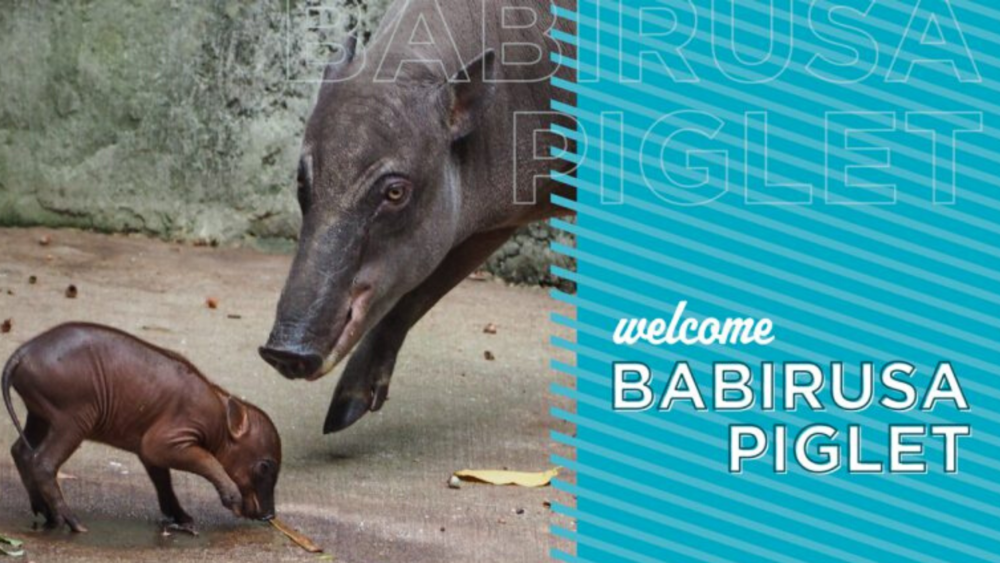 Pictured above, healthy and bonding with her mom inside their den, the piglet was given the name Kirana, which means sunbeam in Indonesian.

Kirana’s parents, Betty and Mentari were chosen to breed through the Species Survival Plan (SSP) overseen by the Association of Zoos and Aquariums. The SSP program was developed in 1981 to help preserve the dwindling population of endangered species. This program was also utilized in the breeding of Asha, the Hartmann’s Mountain zebra foal that was born in the savanna last month.

Dr. Mark Penning, Vice President, Animals, Science and Environment, shared the importance of this birth on the Disney Parks Blog.

“Over the last 15 years, Disney animal care experts partnered with reproductive biologists and the SSP to ‘crack the code’ on breeding a babirusa pair. The piglet is making an important contribution toward the worldwide conservation and understanding of the species, which will help ensure a future generation for these vulnerable animals.”

According to WIRED, babirusas are unlike any other wild pig species, and this is most evident at birth. Newborn piglets typically have stripes when they are young and are dependent on their mothers for quite a long time, but babirusa piglets are born without stripes and develop quickly, eating solid foods by ten days old. Their litter sizes are also much smaller than other pigs, usually only resulting in one to three piglets per litter.

They also have unique two-chambered stomachs, which is typically found in species of sheep, and all they can be found in the rainforests and swamps of the Indonesian islands of Sulawesi, Togian, Sula, and Buru.

Who is your favorite newborn at Disney’s Animal Kingdom? Let us know, below!

Next
VIDEO: EPCOT’s Mariachi Cobre Performs ‘Remember Me’ from Disney and Pixar’s “Coco”