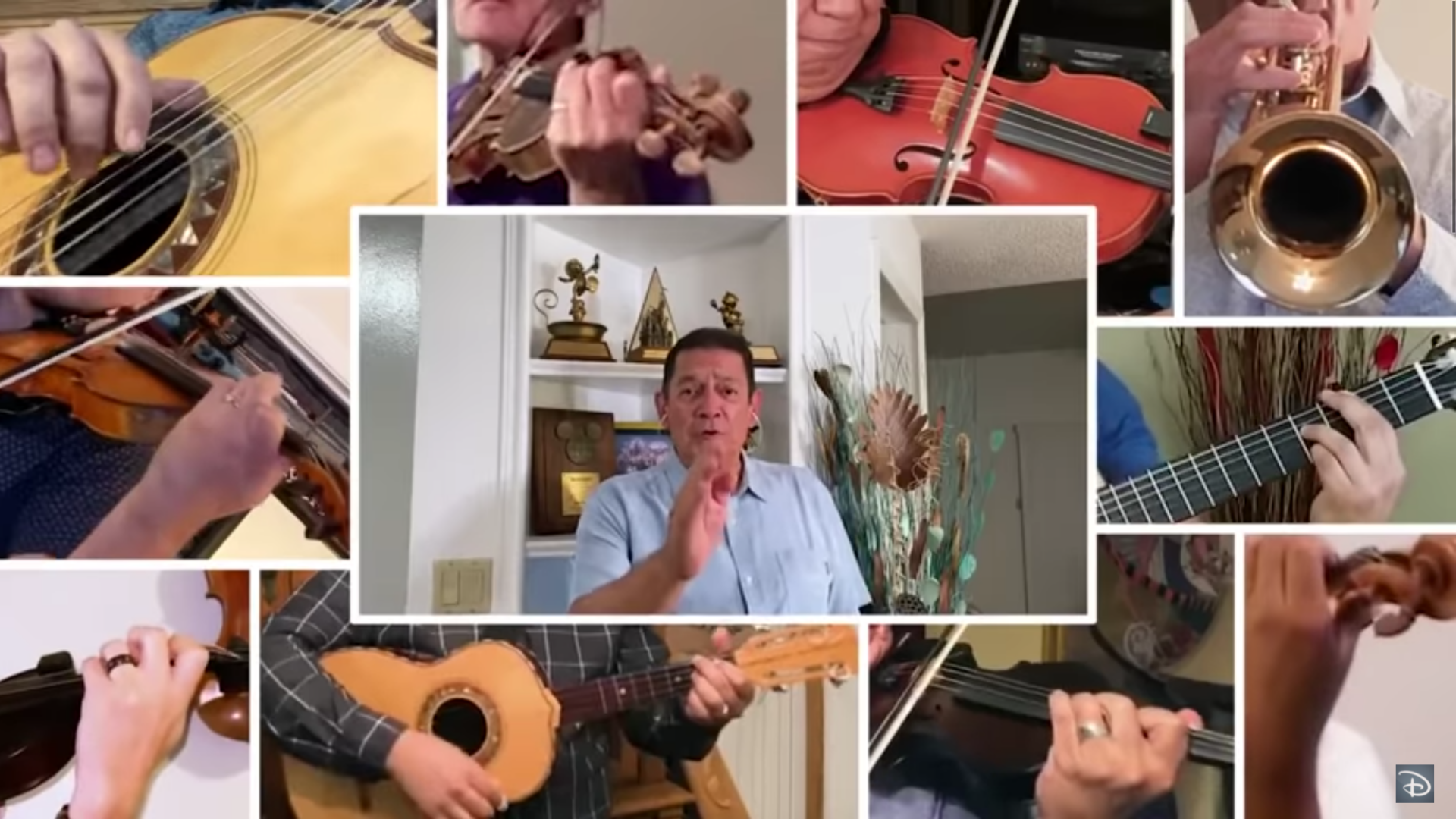 As part of Disney’s #VoicesFromHome project, which enlists popular musicians within the Disney family to perform some of the company’s greatest hits, today we head south of the border with Mariachi Cobre for a spirited performance of “Remember Me” from Disney and Pixar’s Coco.

Well-known across the world for their vibrant and warm performances at the Mexico pavilion, this band has been performing for millions of guests each year at EPCOT since 1982.

According to AllMusic.com, the band was originally based in Tucson, Arizona, and was started by guitarron and guitar player Randy Carrillo, a veteran of the first mariachi group in the U.S., Mariachi Juvenil Los Chanquitos Feos De Tucson.

Click the play button below to watch the full performance!