VIDEO: Sing Along At Home with Performers from “The Lion King: Rhythms of the Pride Lands” at Disneyland Paris

Warm up your vocal chords as a new Disney Parks performer singalong video has been released!

Can You Feel The Love Tonight? Sing-along and you could star in our next video! Find out more details 👉 https://t.co/w6ZM2QCBL4
Share your video by May 10 with #DisneylandParisAtHome for a chance to be featured! 🦁 pic.twitter.com/LtLRr8zvnP

This one comes straight from the Pride Lands of Disneyland Paris. A pack of talented singers from the beautiful “The Lion King: Rhythms of the Pride Lands” show have teamed up to perform a rendition of “Can You Feel the Love Tonight?” in a video released on Disneyland Paris social media this week. The group is asking viewers, guests, and lions alike to join in with them for the song, and we’re sure you know the words! 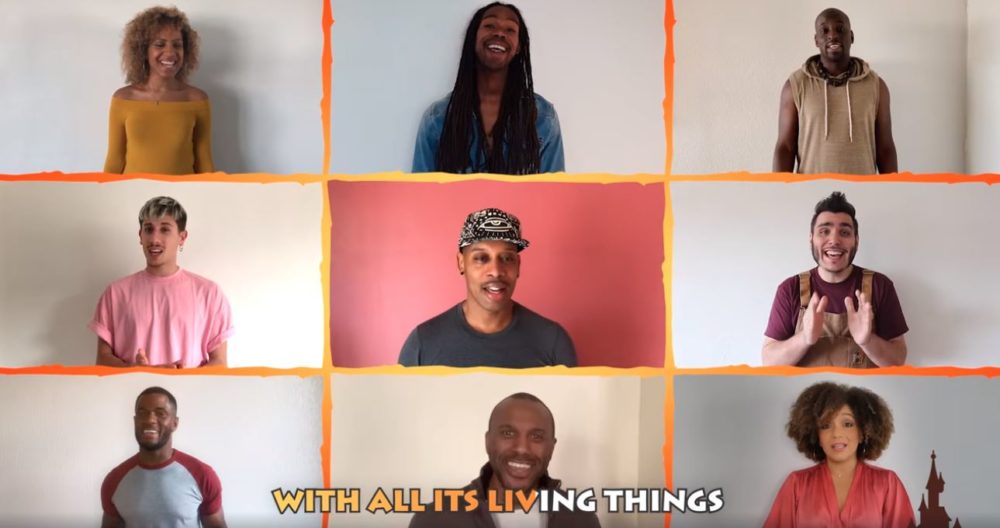 Along with the video, Disneyland Paris are asking fans to film themselves singing along acapella to the classic track and post the videos online, for a special chance to be featured on the channel. This is part of their fun, new “Disneyland Paris at Home” initiative, and definitely a good excuse to get creative.

“The Lion King: Rhythms of the Pride Lands” show is a popular part of the wild “Lion King and Jungle Festival” at the Disneyland Paris resort, which usually runs through summer. Last week, it was reported that performances of the “Jungle Book Jive” show for the festival were cancelled this year, owing to the ongoing park closures due to the COVID-19 pandemic. Whilst we doubt that the festival will be continuing as planned this year, we are hopeful that all the shows and performances will return to the parks next summer.

You can check out our video of the full “The Lion King: Rhythms of the Pride Lands” show from last year’s festival below:

If you’re living for these at-home Disney performances during quarantine, definitely set a reminder for The Disney Family Singalong: Volume II, which is set to take place this weekend!

Previous
BREAKING: Disney Springs to Reopen on May 20 at Walt Disney World