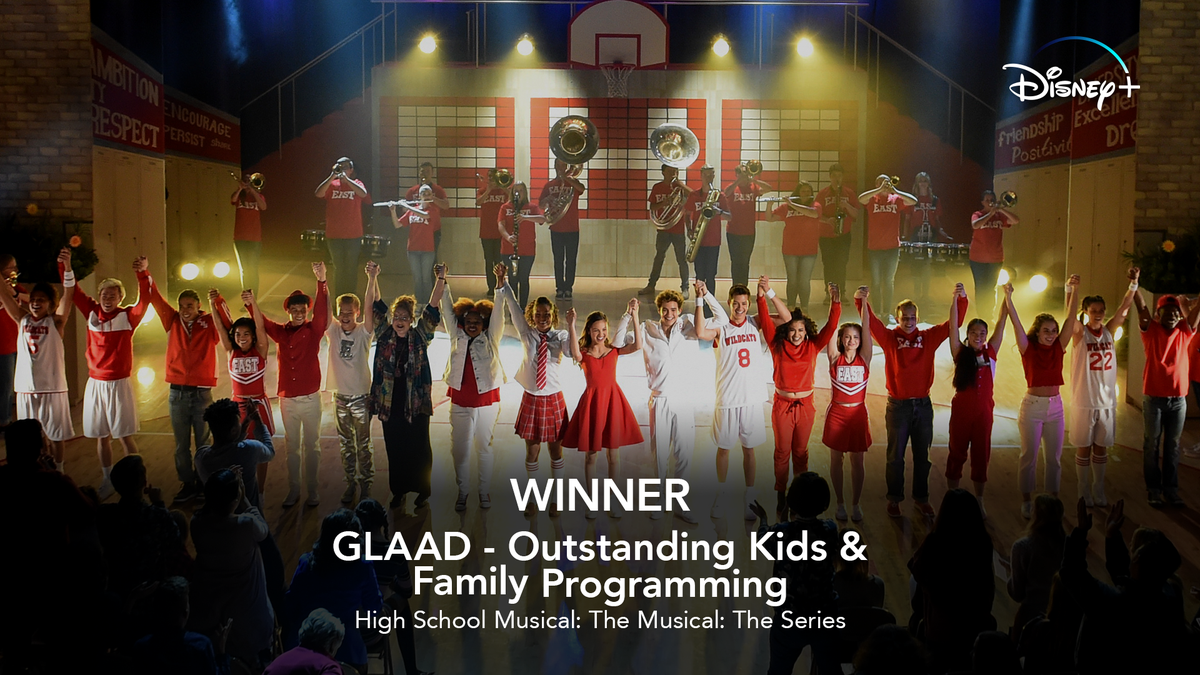 The 31st annual GLAAD Media Awards took place this weekend, and we are pleased to share that “High School Musical: The Musical: The Series” has won in the Outstanding Kids & Family Programming category.

Presented through a virtual ceremony for the first time this year, the GLAAD Awards honor nominees in film, television and journalism for ‘fair, accurate, and inclusive representations of LGBTQ people and issues’ (GLAAD). “High School Musical: The Musical: The Series” won the prestigious award in tie with the Hulu show “The Bravest Knight”.

The Disney+ original show, “High School Musical: The Musical: The Series” features a positive, accepting representation of a gay couple in the high school-based, ten-episode series. You can read our full reviews of each individual episode here. A second season of the series is currently in production, although a release date is yet to be announced.

Are you a fan of the show, and do you think it was a deserving winner in the Outstanding Kids & Family Programming category? Let us know in the comments!

Just recently, it was revealed that another Disney+ original program is set for success this awards season, as “The Mandalorian” received a huge fifteen nominations for the 2020 Emmy Awards.