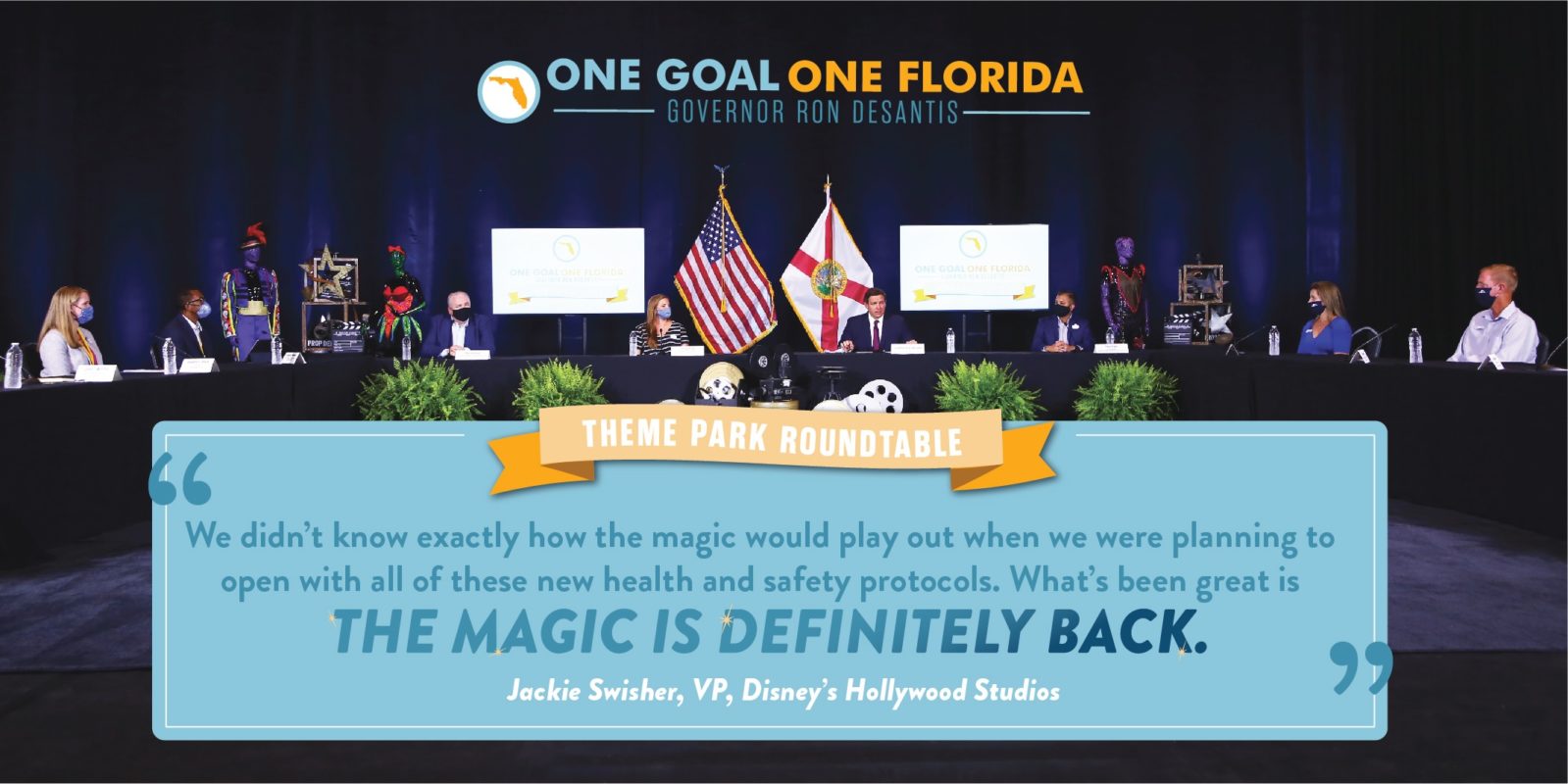 Governor DeSantis said it was “great to be at” Universal Orlando, who hosted the roundtable. Universal provided a surprise appearance by Professor Doctor Penelope Tibeaux-Tinker Toothsome, one of the characters from the Toothsome Chocolate Emporium at CityWalk.

The governor also gave special thanks to Swisher, using a quote she said at the roundtable:

We didn’t know exactly how the magic would play out when we were planning to open with all of these new health and safety protocols. What’s been great is the magic is definitely back.

Both Walt Disney World and Universal Orlando have instituted new policies to help prevent the spread of COVID-19, including temperature checks for guests before entering the theme parks, requiring the wearing of face coverings, frequent cleaning of ride vehicles, and reduced capacity.

At the press conference, Governor DeSantis said that the state of Florida was “comfortable” with theme parks increasing capacity given the safeguards that are in place, though neither resort has announced any plans to do so. While things may look favorable for the parks so far after the massive hit of the pandemic, thousands of workers are still on extended furlough.