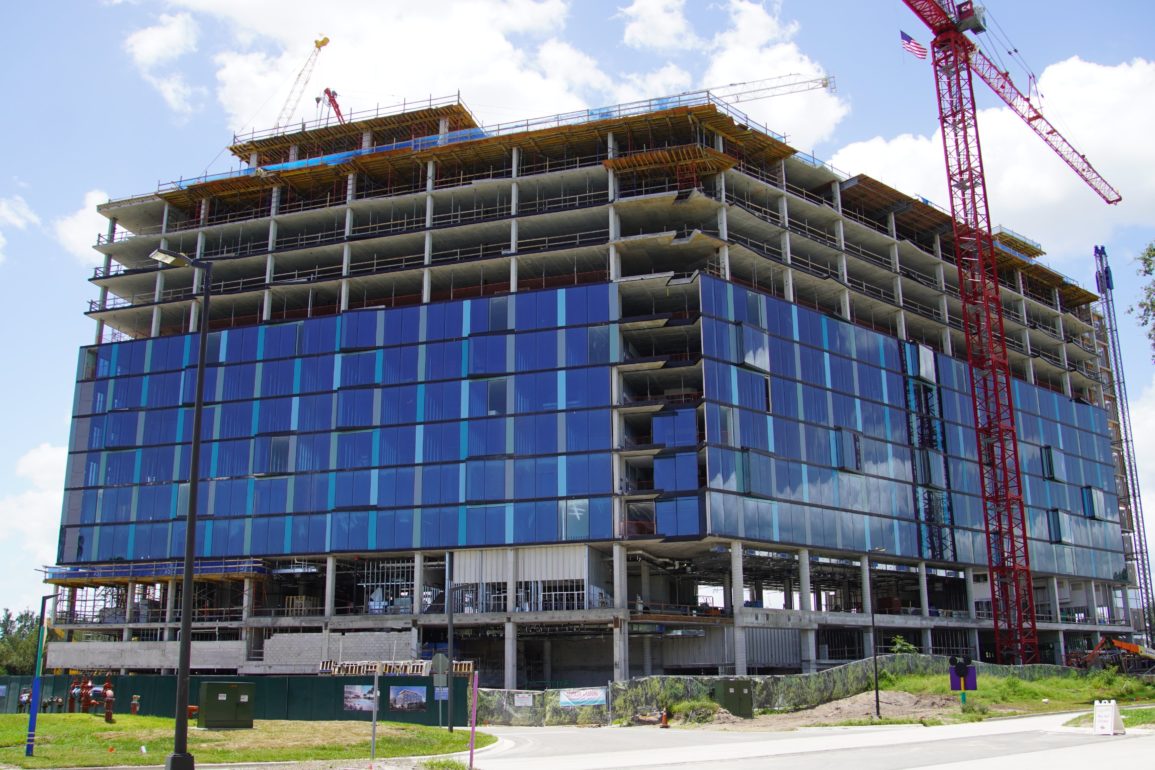 With the COVID-19 pandemic, many construction projects have been put on hold. However, work still progresses on “The Cove” hotel at the Walt Disney World Swan & Dolphin Resort. Thanks to our friend in the skies @bioreconstruct, we can take a look at how everything has been moving forward since our last update in June.

Multiple cranes are visible and hard at work putting everything together. Can you also spot one of the Disney Skyliner gondolas?

“The Cove” will be within walking distance of the Atlantic Dance Hall and other entertainment at Disney’s Boardwalk.

The yellow crane on the far left is removing a counterweight from a tower crane, which was dismantled.

At the top, you’ll see The Cove’s rooftop restaurant and lounge, which we first broke news on back in February 2018. The rooftop restaurant and lounge will feature a dedicated ground floor entrance and elevator for those not staying at the resort. It will be a 375 seat upscale restaurant with a partial expo kitchen. The bar will have about 40 seats. The windows will be floor to ceiling to provide a great view of Walt Disney World, including a rooftop trellis area for unobstructed views.

“The Cove” has some very interesting offset windows. Above is a look at how concrete is poured in order to create them.

Here we have concept art by Disney of what the finished product will look like.

When complete, Marriott, who operates the Swan & Dolphin, will have 2,600 rooms between the three hotels. ‘The Cove” will host 349 rooms.

“The Cove” was formally announced in November 2018 and set to open next year. We can’t wait to see how it looks when it is completed. Check back with us again for more updates.

Next
Orange County Removed from COVID-19 Watch List; Could Be Good News for Disneyland Reopening