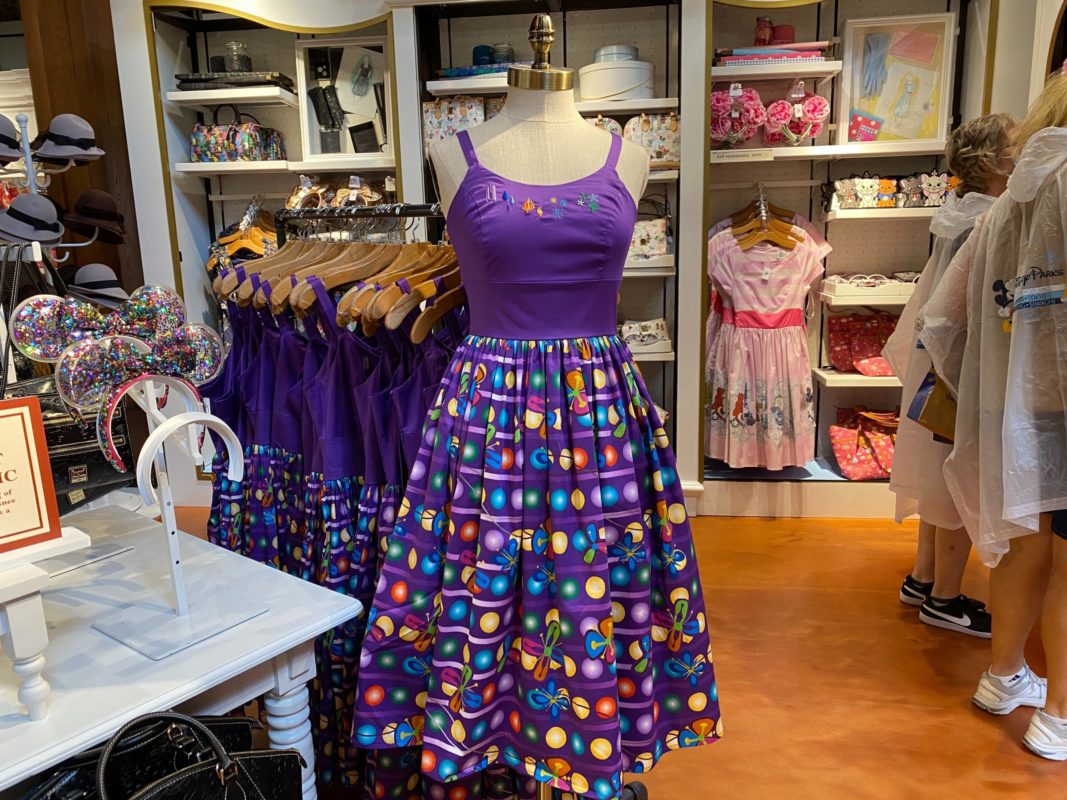 There’s no reason to feel sad when seeing this bright, colorful dress themed to the 2015 Disney-Pixar film, Inside Out. This new purple dress features several nods to the look and characters from the film, particularly the iconic Memory Orbs located in Long Term Memory. Now, let’s head in from Headquarters and take a look at this new arrival!

The front of the dress is adorned with details that represent the various emotions found in the film, like the water drops representing Sadness and flames representing Anger.

Yes, there’s even a floret of broccoli for Disgust. Seriously, who puts broccoli on pizza?

The back of the dress is embroidered with the phrase “Every day is full of emotions.”

The skirt features the Memory Orbs from the film, adding some extra color to the dress.

You can find this dress at Legends of Hollywood in Disney’s Hollywood Studios for $128.00. Such a dress will no doubt bring some joy to someone’s day. Will you be adding this imaginative dress to your closet?