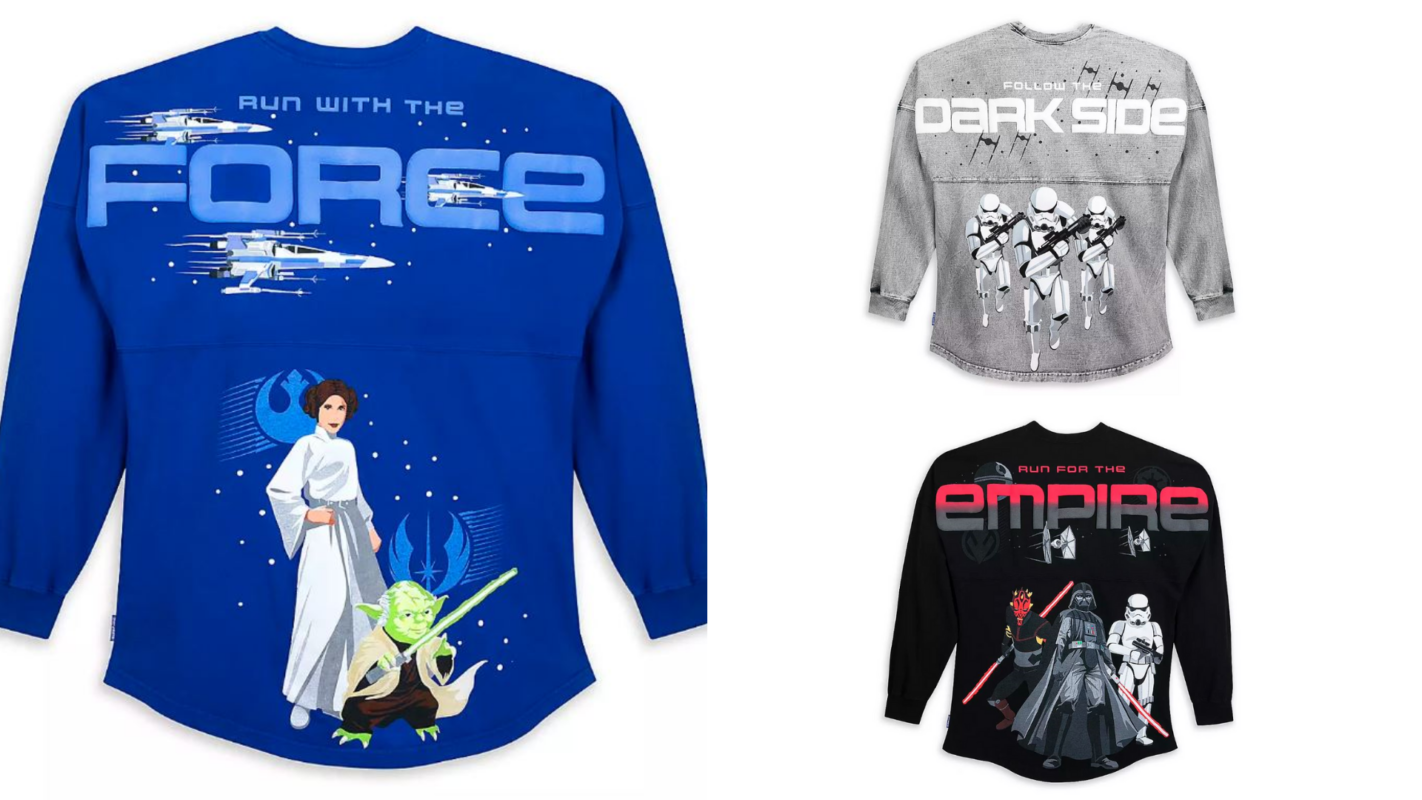 With just a few days to go until registration opens for the 2021 “Star Wars” Half Marathon Weekend, runDisney has just released a new collection of three themed Spirit Jerseys to shopDisney, each the perfect item to commemorate the occasion. Whether you are running for the Rebellion or the Empire, there’s a jersey here for you.

The first Spirit Jersey in the collection is this cobalt blue number, which features a sweet R2-D2 poking his head over the “Star Wars” and runDisney logo, printed in puff ink on the chest.

Whether it’s a Kessel Run or a runDisney race you’re completing, you’ll be spurred on by the graphic of Pricess Leia and Yoda on the back of the Spirit Jersey, posing under a fleet of X-Wings flying through a bold banner spelling out “Run with the Force”.

If your allegiance aligns with the Dark Side, this Galactic Empire Spirit Jersey may be more your style.

The jet black jersey features the Galactic Empire logo, alongside the “Star Wars” and runDisney logos, emblazoned on the chest in a red puff ink. The back of the Jersey features a menacing-looking Darth Vader, Darth Maul, and a Storm Trooper, standing braced underneath a night sky filled with TIE-fighters and stars. Next to a looming Death Star, the words “Run for the Empire” are spelled out in a red ombre puff ink.

The last “Star Wars” Spirit Jersey in the runDisney collection is this acid-wash gray pullover, sporting an army of Storm Troopers.

The back of the Jersey reads “Follow the Dark Side” in white puff ink, as a chasing army of Storm Troopers urge you on as you race.

Each of these Spirit Jerseys are available in adult sizes from XS through XXL, and cost $69.99. Which is your favorite? To check out the Spirit Jersey design released for the 2020 Disney Princess Half Marathon earlier this year, click here.

Are you planning to compete in a runDisney race soon? Additional slots were recently made available for the 2020 Virtual Wine & Dine Half Marathon weekend earlier in the week for the November races, if you can’t wait until next year’s series!