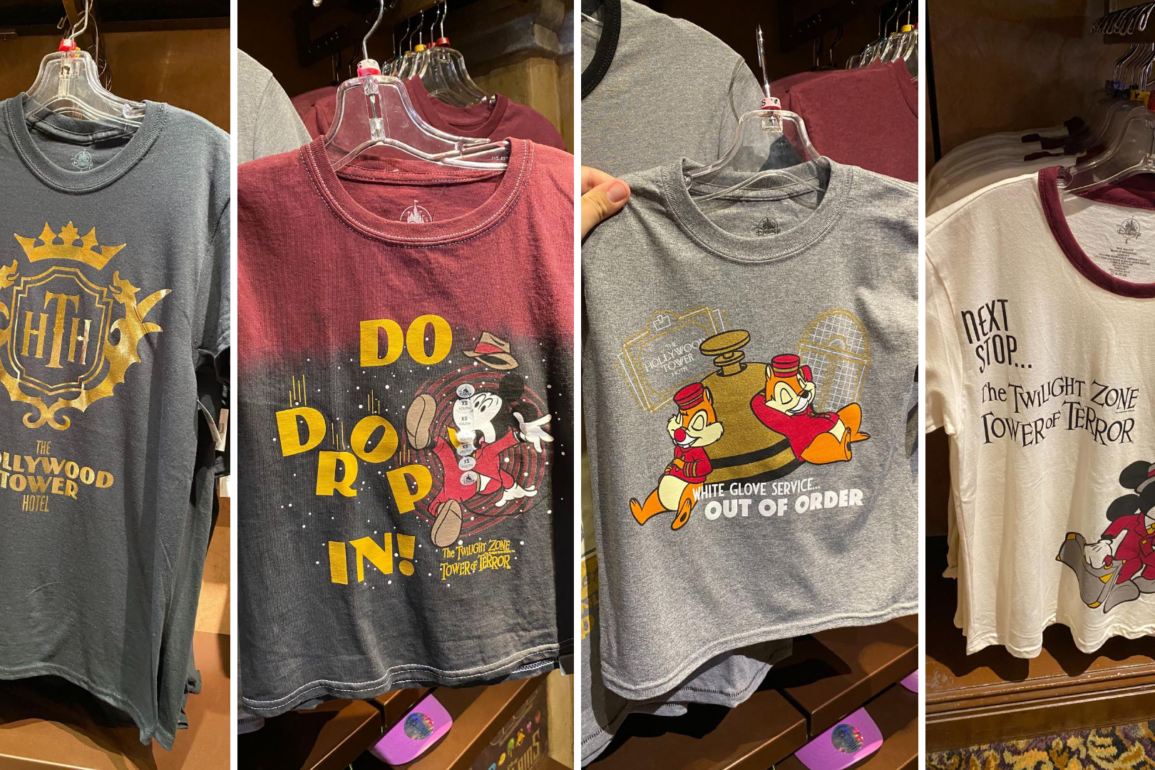 Today’s story on WDWNT is somewhat unique and calls for a different kind of introduction… because four new T-shirts themed to The Twilight Zone Tower of Terror have checked into Disney’s Hollywood Studios!

The stately charm of The Hollywood Tower Hotel is captured on this dark grey t-shirt featuring the hotel’s logo.

It’s a subtle reference to the thrilling attraction that lurks within.

Mickey Mouse The Twilight Zone Tower of Terror “Do Drop In” Youth T-Shirt – $19.99

Hold onto your hat! Mickey Mouse falls into the fifth dimension in this t-shirt for youth.

If you’re waiting for white glove service, keep waiting, because bellhops Chip & Dale are temporarily unavailable on this t-shirt.

And finally, Mickey looks to check in on this cream-colored ringer t-shirt.

We found all of these at Tower Hotel Gifts at the attraction’s exit.

Which of these would you make a permanent guest in your collection? Let us know in the comments below!