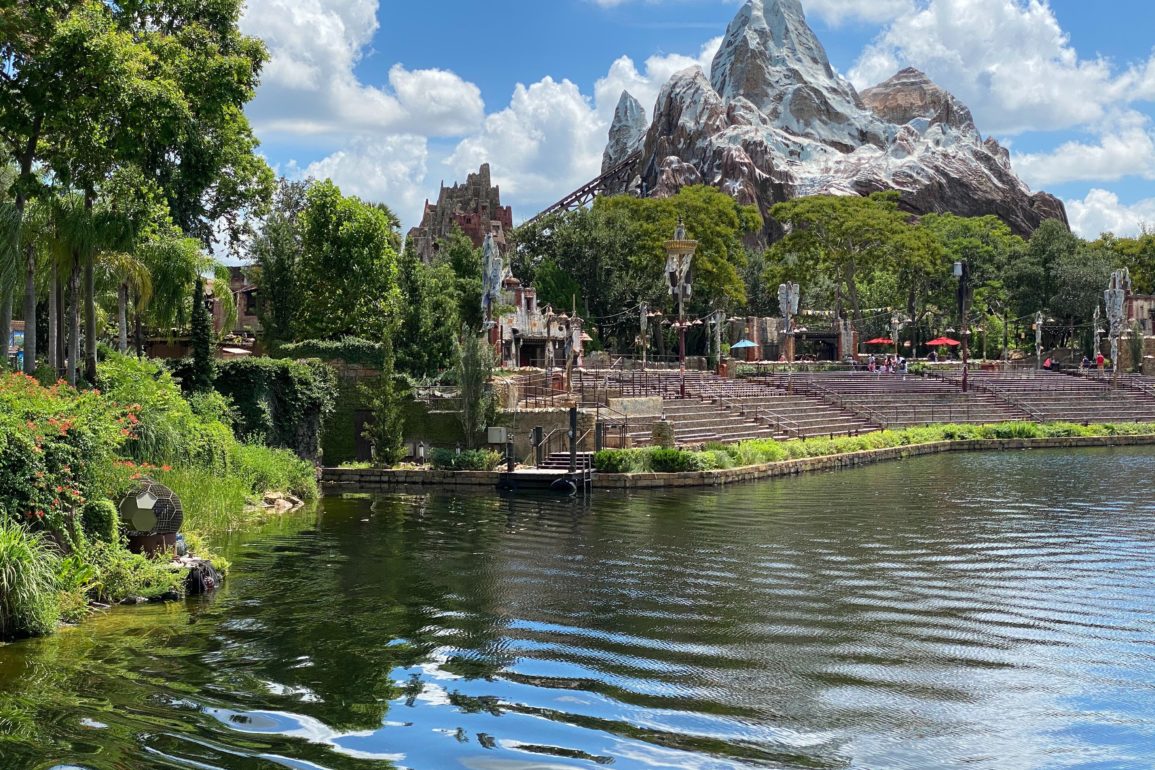 After closing with the rest of Walt Disney World due to the COVID-19 pandemic, “Rivers of Light” was later announced to be permanently closed following the reopening of the parks. Elements of the show are now being removed from the Discovery River lagoon at Disney’s Animal Kingdom. The boats on which the “shaman” performers originally danced on no longer sit at their docks.

Though live performers were cut from the show back in 2018, the boats were still part of the nighttime spectacular, and could be seen on the banks of the river.

The boats were previously docked to the sides of the amphitheater, but are now gone.

It’s likely we’ll see the boats recycled eventually for a different show or for decoration purposes.

You can watch Rivers of Light – We Are One, the final version of the show, below:

Next
REVIEW: The “Shark Attack” Frappuccino Returns to Starbucks with a Vengeance at Disney Springs